THE STRUGGLE of Vietnamese migrant workers at the Meidi Shipin Limited Corporation continues, with two demonstrations taking place on May 20th and May 21st. The migrant workers in question work at a Meidi Shipin factory in Xizhi in New Taipei city and are demonstrating against being illegally overworked, hoping to win back overtime pay owed to them by their employers.

The two demonstrations were against the firing of three Meidi factory workers who had been key organizers in a previous strike earlier in May. The strike, which took place on May 3rd, was not only a rare example of a strike by migrant factory workers in Taiwan but even more extraordinarily, it won its demands after only one day. That is, the strike began in the morning of May 3rd and ended by 6 PM, with management agreeing to pay 40 million NTD in compensation for unpaid overwork by May 15th, and the possibility of additional compensation that could be secured in the next two years. 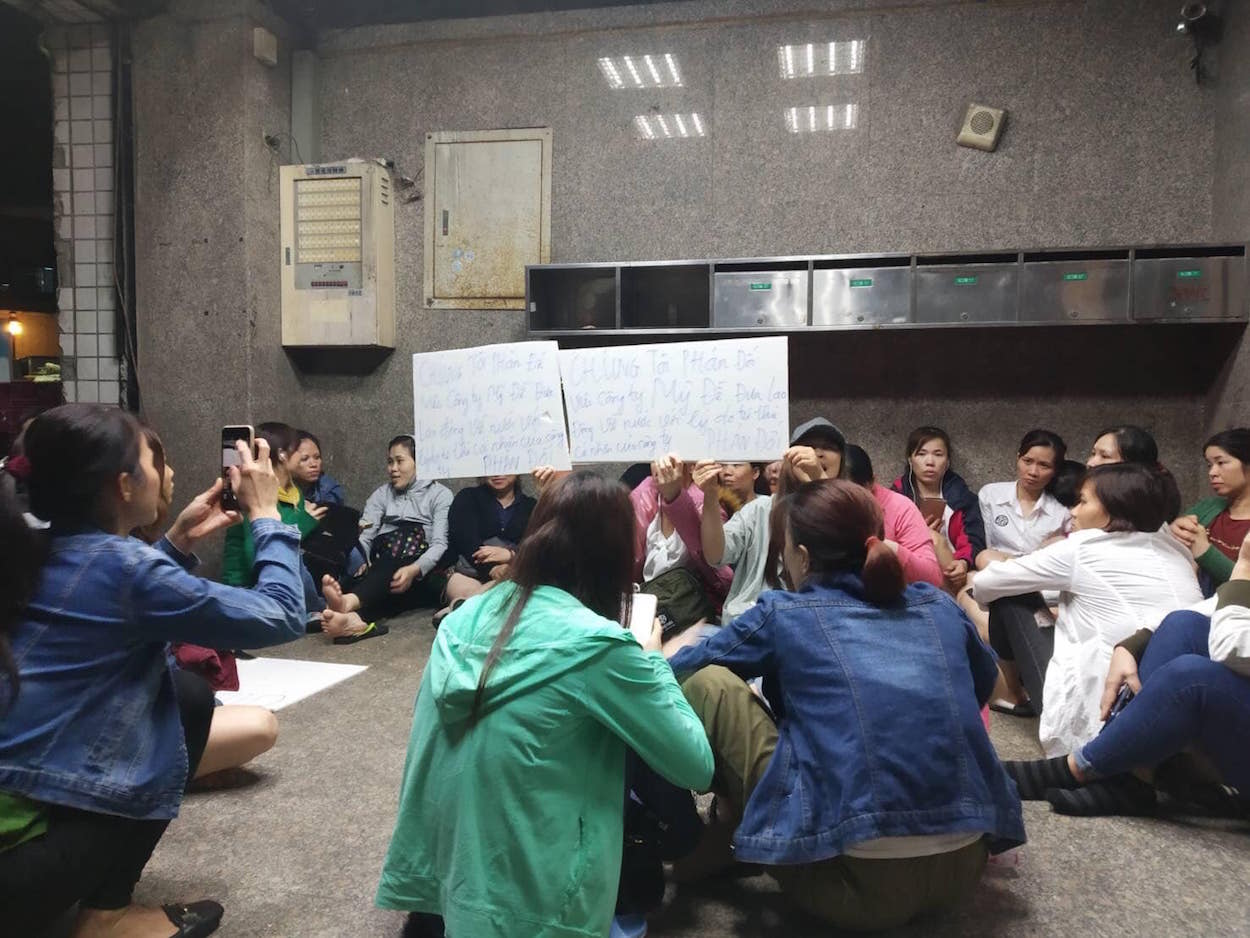 In particular, Meidi factory workers were being made to work between 16 and 18 hours a day, while not receiving pay for overwork. Overwork hours were scrubbed from the records by management.

A key factor behind the success of the strike was the close coordination of workers, with 74 out of 79 Vietnamese migrant workers at the factory taking part in the strike. The Taiwan International Workers’ Association (TIWA), one of the major migrant workers organizations in Taiwan, was quick to react to the strike, and the city government also responded relatively quickly. TIWA has begun an online photo campaign to mobilize support for Meidi workers in past days.

However, it seems that another reason for management caving in after only one day of strikes was because it hoped to pacify workers while taking steps to prevent future labor actions. Five key organizers of the strike were laid off with severance pay, with the pretense that this was because of low factory orders.

To this extent, workers’ demands have also not been met. Workers continue to be made to work up to eighteen hours a day in the factory, including work hours starting at 12 AM and only ending at 5 PM. As a result, workers have called attention to that management is likely lying that laying off the five workers is a necessary cost-saving measure. Namely workers, observe no demonstrable decrease in the orders received by the factory, and, as a result, they continue to be made to work long overtime hours.

With the firing of the five organizers of the May 3rd strike on May 20th, 58 workers struck immediately at the factory, resuming work only the next day. On May 21st, workers also demonstrated outside the New Taipei Labor Affairs Department. 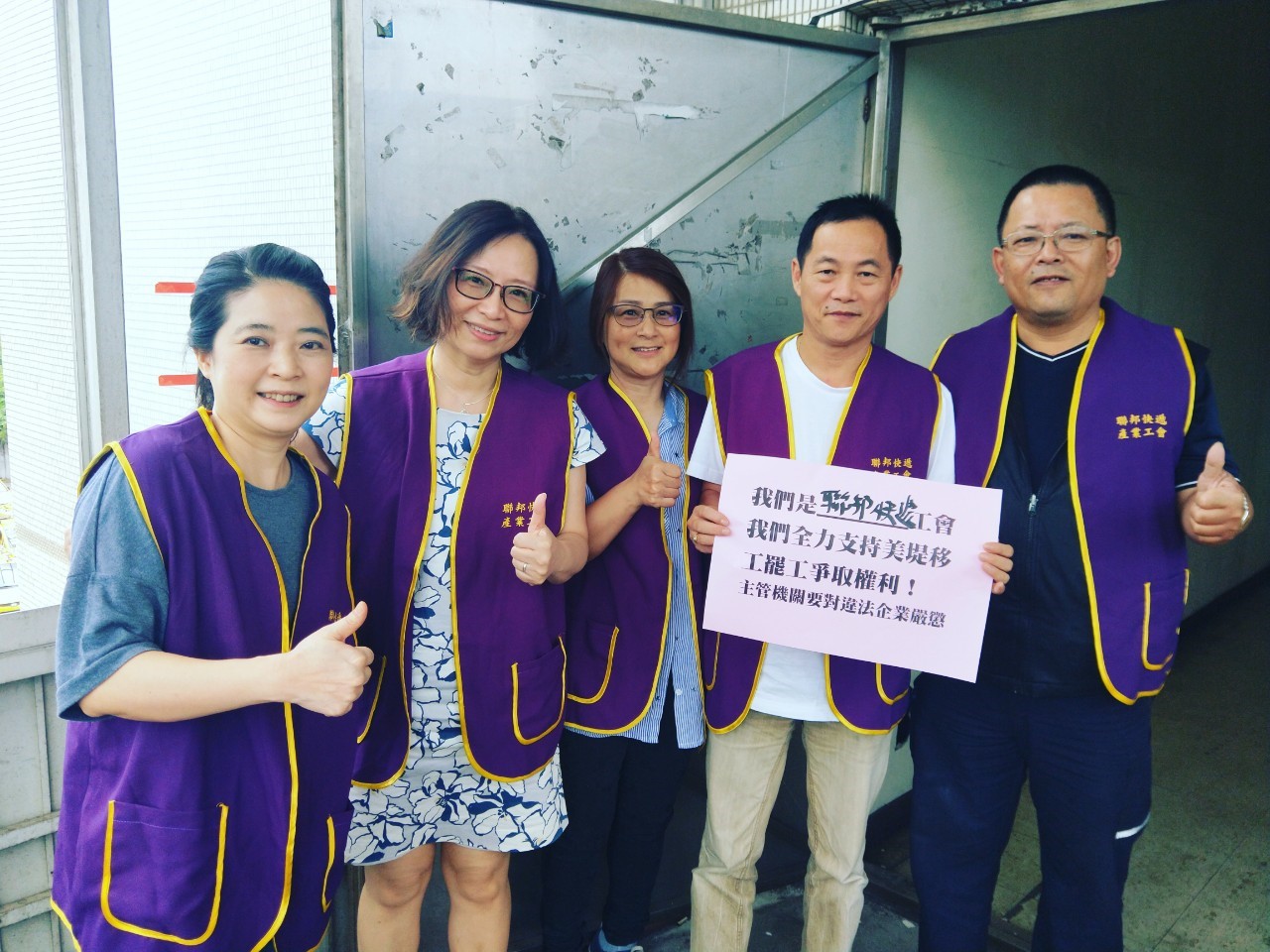 For its part, the New Taipei Labor Affairs Department has stated that it will not allow Meidi Shipin to take retaliatory actions against workers and that it will investigate the layoffs once the company has filed the necessary documentation. In this respect, it is noteworthy that Meidi Shipin workers have adopted a strategy of appealing to government authorities to intervene. This is a strategy commonly seen in the Taiwanese labor movement writ large, in which labor groups primarily direct their appeals to government authorities to intervene, and migrant worker organizing in recent years tends to have adopted a similar strategy.

However, it is to be seen whether the New Taipei Labor Affairs Department will take action to ensure workers are paid the overtime wages that they still have not yet been paid by management or to ensure that migrant workers are not forced to work overtime. Labor inspections are notoriously lax outside of Taipei, sometimes as a result of close ties between wealthy industrialists and city or county governments. The management of the Meidi Shipin is likely counting on the New Taipei Labor Affairs to not carry out any enforcement of its pledges to provide legal oversight regarding the dismissal of workers or paying workers the wages they are owed.

Yet it is clear that the will of workers at the Meidi Shipin factory to strike or take other forms of direct action is far from broken. It remains to be seen what will come next for the Meidi Shipin struggle.