An interview with Yenling and Shawn, members of the lesbian farming cooperative Land Dyke. Part one, which introduced Land Dyke, can be read here.

Andria Chiu Tattersfield:  To start off, could you introduce yourself?

Yenling:  I’m an anthropologist, and I’m also running a farming cooperative together with a group of women. My goal with running this women’s farming coop is to create biodiversity and social diversity at the same time.

ACT:  How would you introduce Land Dyke?

Y: We are a group of six women farming organically and collaboratively in Shen Gou Village. We grow diversified produce in different locations, pool resources and help each other. Our name comes from the lesbian separatist Land Dyke movement in the 1970s. Our Mandarin name Tu La Ke means to use land to greet people, and it also refers to trucks, which connect people and land. Tu La La also means lesbians on the land. 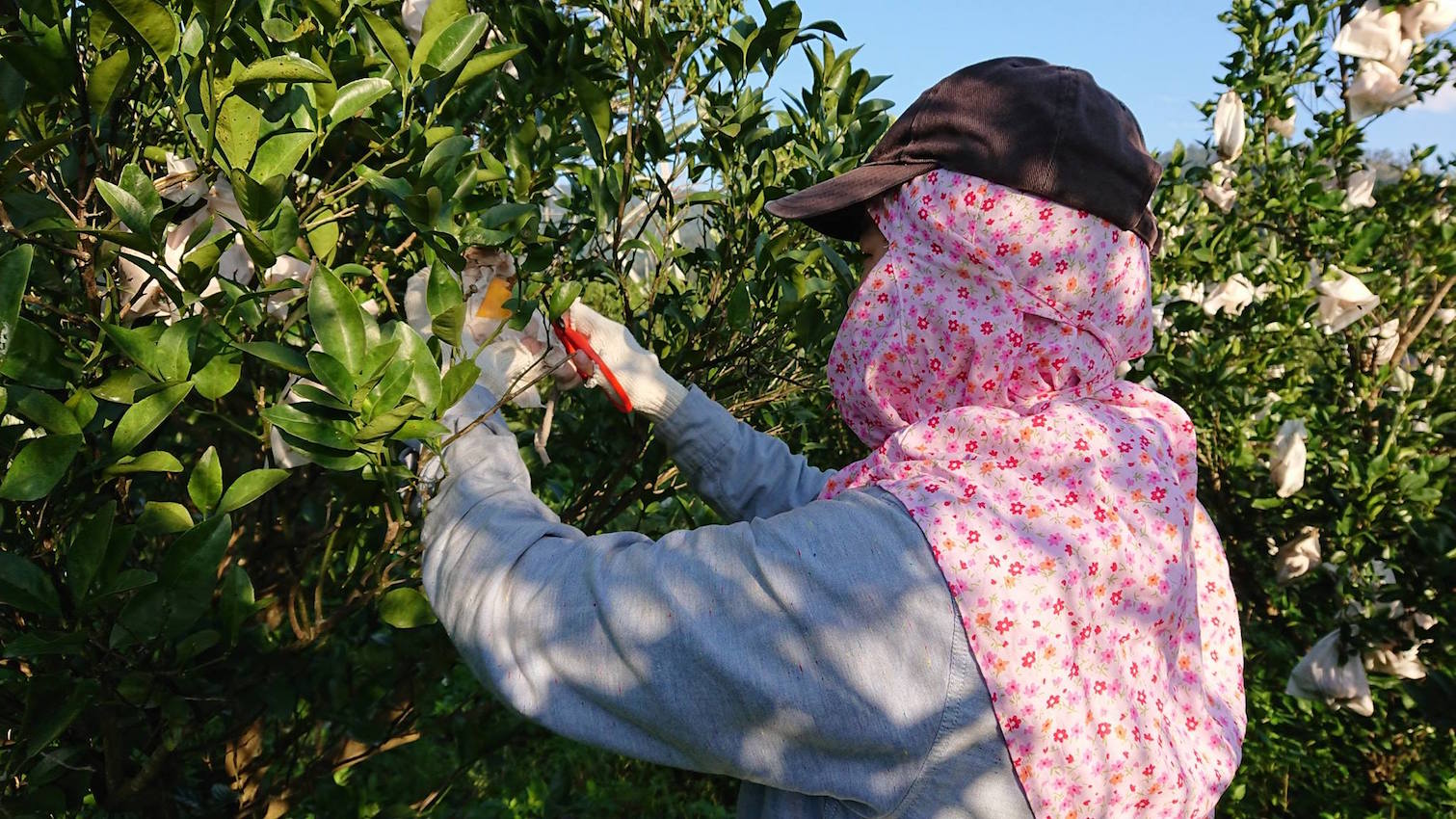 At first, we thought it’s good to pursue the ideals of a “chosen family” and “queer family in the countryside”, but six years after that we acknowledge that it’s very difficult. Our thoughts came before our deeds. We are trying to do the opposite: letting actions speak for our thoughts instead of having a grand purpose and fitting actions into that prescripted picture. The most simple thing about the Land Dyke experience is to do more before talking. In the first year, we did so much talking and reports, which helped us reflect, but also a lot of things are easier said than done.

So I’m glad we’ve reached a consensus, that the state we’re at right now is three couples/living arrangements running the farm together. Because of land speculation, this is more feasible than a big plot of land; we were forced to live separately. Ideally, it would be nice to have one big piece of land in live in separate farmhouses on it. This idea of how to do things collectively while maintaining individuality is a delicate balance.

ACT:  Why was Land Dyke started?

Shawn:  Typhoon Morakot destroyed the land of our indigenous friends in Kaoshiung; we wanted to come farm afterward. Working with nature is simpler than working with people. When you try to communicate with people, you never know if they understand. But with nature, the land gives depending on what you put in and the weather. And working collaboratively is easier since we can pool resources and help each other.

Yenling:  I have always been a feminist. I’m very critical of the heterosexual normative family. I grew up in one and it was a happy family but there was so much gender inequality. Like, my mom wasn’t abused, but I can see that she is not happy. This kind of very intimate violence in the heteronormative family is something that I personally don’t want to go into.

So when I met Shawn in 2011 in an agriculture class and they said they had 2 friends that wanted to start a chosen family with me, that it was going to be a farming household and we’re going to live and farm together. I thought that was really cool. I never actually dreamed of that because I was just thinking about how can I get out of this heteronormative family kind of track.

Shawn’s proposal gave me a direction. I was like this is where I want to go, I want to go into this queer family thing. So that’s why in the beginning Land Dyke was this kind of militant queer family because we were really attracted by that. Now we know that it’s difficult, but it’s still what we’re pursuing; maybe just in a more toned down version. 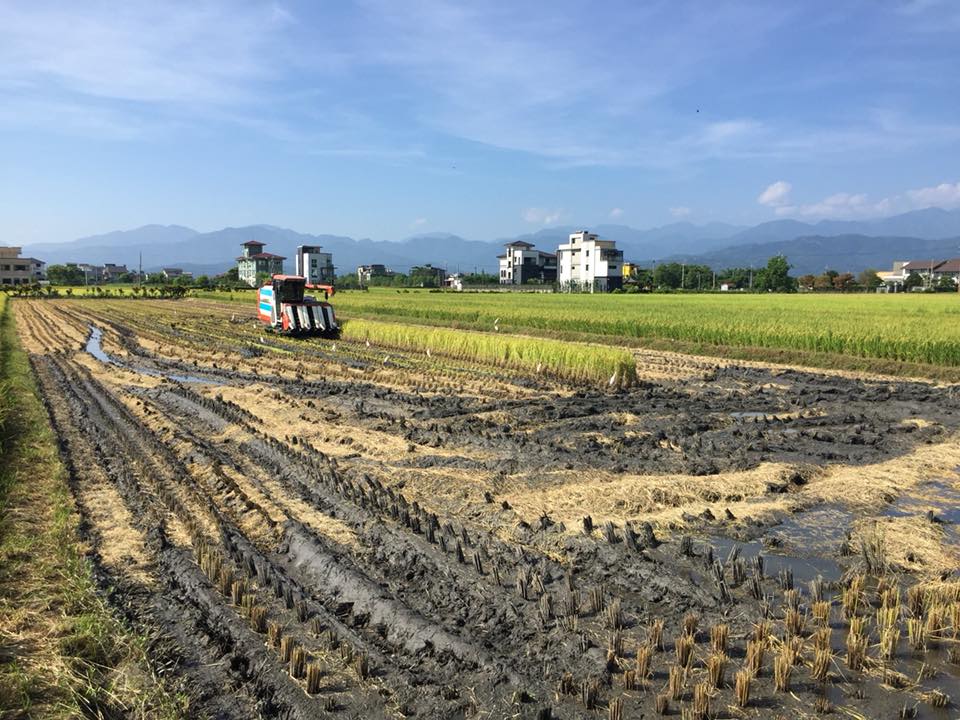 The physical arrangement needed to be more flexible for everyone. In the first three to four years we all lived together and it was really really difficult. All the household, domestic work, chores⁠—how do you balance domestic work and farm work? That’s really difficult. There were five people living in our house, and especially during the farming season everyone is really intense, you work all day long and after you’re home who’s going to do the house chores? No one wants to do that. I was having a long day at school and then driving home and it being a mess, I couldn’t stand it. Sometimes it got really difficult.

ACT:  What are the gender dynamics and concerns within farming?

S:  The idea of the “family farm” is really pervasive, and people assume that a small farm must be operated by a man plus his wife and kids. Women farmers are seen through the lens of helping men, not as independent farmers in their own right.

We want to question⁠—what does “family” mean? There actually are a lot of single women coming out to farm. Most men don’t start farming unless they are born into it or they already have a family since farming is not a lucrative job and they are under societal & parental pressure to make money to get a wife, start a family, and support their parents. Our neighbors asked when we started, “Are you/why aren’t you married? Why are women coming out to farm, it’s so hard!”

Y:  Even within the new farming community there is a strong sense of heteronormativity. For example, my neighbor Xian Hui was really good about internet promotion for her farming page; one of her favorite promotional pictures she would post is her husband carrying their daughter in the rice paddy, and you could imagine, everyone would melt: “Oh, what a nice guy! Taking care of the baby and the land together!”.

Women farmers’ domestic and farm labor are not well recognized at all! No praise, nothing, not for her domestic or farm work. Everyone assumes it should be taken for granted! There’s nothing special about women farmers because, in a way, they are invisible. So when you have a male farmer taking care of the baby and all of the sudden there is all this praise and recognition, to me it’s a form of symbolic violence, to further marginalize female labor both in the farm and at home. Of course, it’s not any individual farmer’s fault, but structurally speaking it’s problematic, so we don’t want to promote anything of that sort, that kind of image or value. 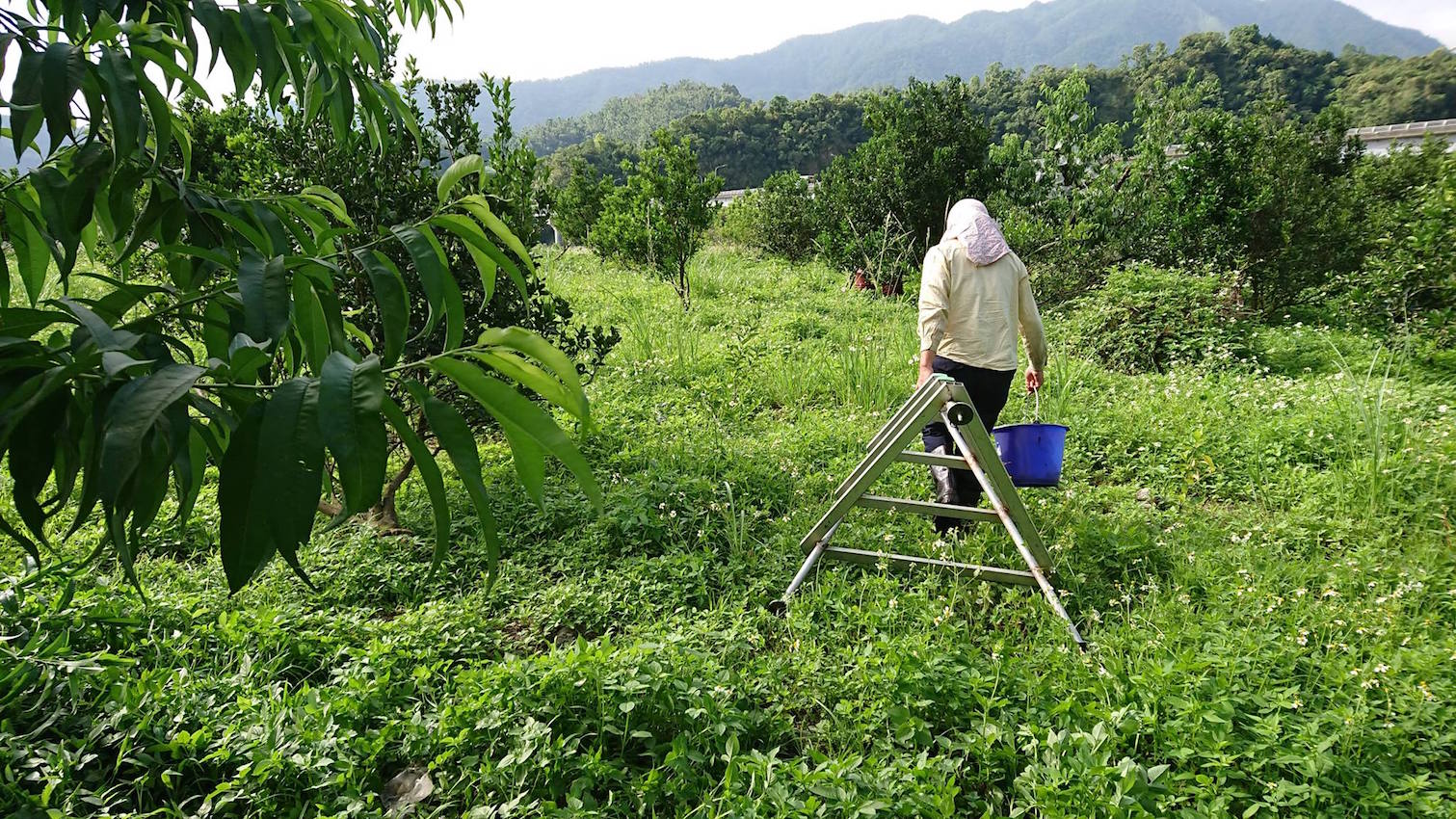 So what Land Dyke is doing is promoting ourselves as a collective, not as individuals, not selling any image. For example, for me, saying “she’s a college professor and a farmer, how special she is,” that kind of self-promotion. And sort of taking advantage of some kind of stereotype, cashing in on some kind of conventional categorization of professions and division of labor. That’s the kind of thing I’m totally against.

Having said that, it’s difficult to avoid other people projecting those stereotypical notions on you. I was once interviewed by Commonwealth Magazine, and I told them I don’t want to promote myself; you should interview everyone in Land Dyke, not just focus on me. But when the article came out, it was all me, “A professor doing this and that.” From their perspective, it’s understandable, that’s what sells.

Y:  Having urban-centered LGBT movements in some ways thinks less fully about human nature issues. For example, in Taiwan pride parades, and also these pretty popular LGBT running marathons, there are always so many disposable items.

I’m not trying to police people, but it’s important to realize that the LGBTQ movement is only one aspect of social transformation, so it’s important to have an intersecting perspective and think, who are our best allies? Improving LGBTQ rights alone won’t help us have a better planet, that’s impossible. If we are a group of LGBTQ unaware of our ecological impact, then I don’t think the world will become a better place, even if same-sex marriage is passed.

And so, the LGBTQ movement is not the most important movement for me, and I’m not saying the ecological movement is the most important one either, I’m just saying that it’s important to focus on the intersection of various different kinds of social movements, and try to create alliance of different kinds of social concerns. So it’s not just gender and ecology; talking about intersectionality means also thinking about class issues. Not everyone has access to organic food, or to good living environments.

We have so many lesbian friends with lack of family support or a respectable job because if you are a butch, masculine lesbian then it is quite difficult to go through that office discipline. The majority of our lesbian friends work in the service sector, at gas stations and restaurants.

In this age of precarious labor, they really don’t have institutional support. The labor regime and the housing regime doesn’t support them because their family doesn’t support them in buying a house. The family resources all go to the heterosexual children, my family included. That’s the political economy of LGBTQ people. 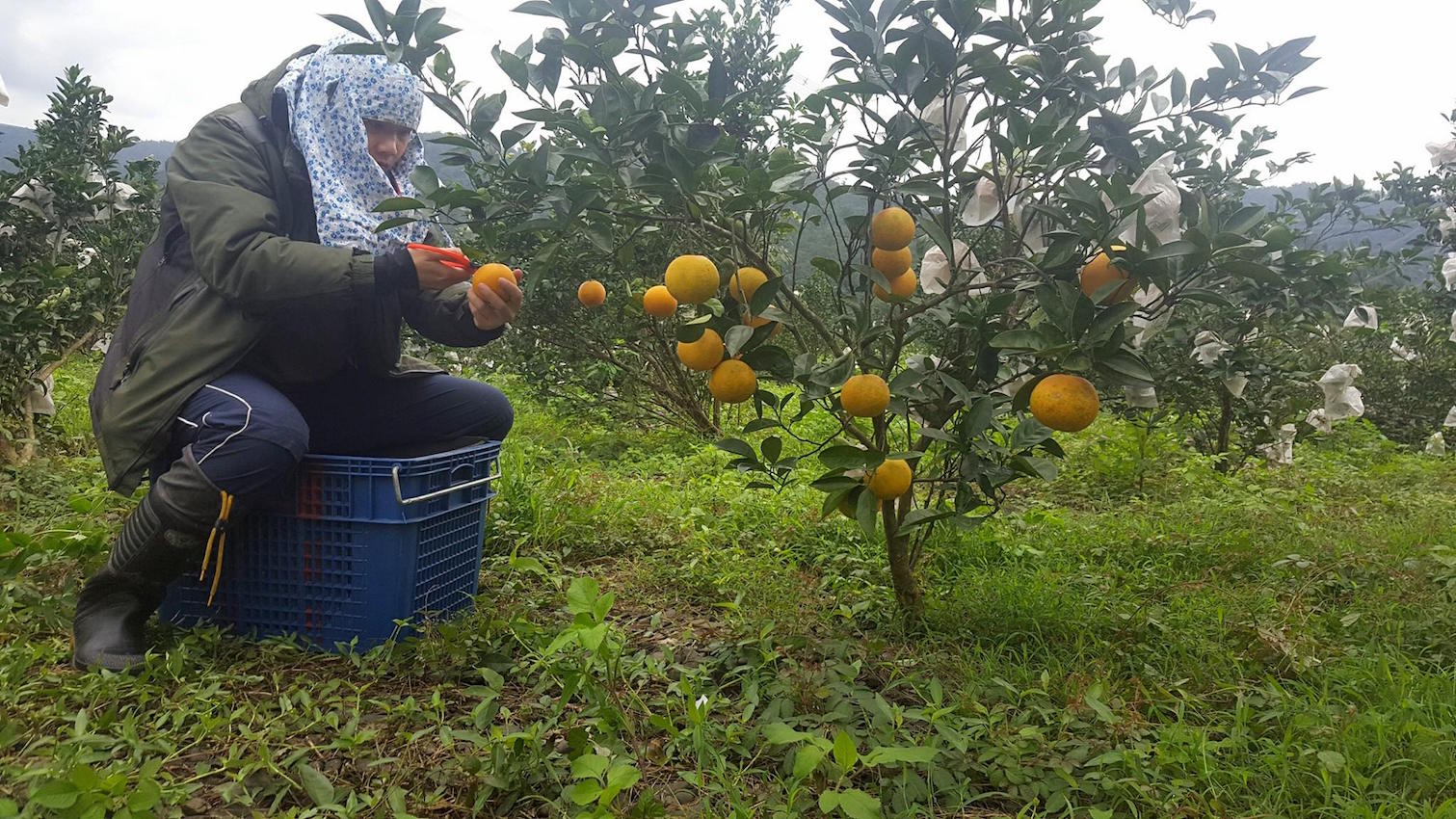 So they’re forced to live in Yonghe, not Taipei city proper. If you talk to those people and say ecology is important, eat organic food- sure, but they can’t afford it. It’s important to really practice and think in a more complex way, which comes from people’s real concrete living situations, and to think, what are their predicaments? What are their problems? What are the social and structural factors that are denying them better living arrangements?

ACT:  How is rural activism different from urban activism?

Y:  People think cities are diverse, that the rural is homogeneously traditional and backward. But that’s not the case. The Internet changes things and Taiwan is so small you can go to Taipei in one day. The countryside is very diverse. Urban activism makes it easier to live with people in your network and see them more. Rural means having contact with neighbors, seeing their farm, seeing if they’re using pesticides. It’s a more humane scale, you interact with people very personally. What you do is more important than what you say; everyone knows what you are doing since your farmland is your ID card. Instead of being about social media and PR, in the countryside, we use face-to-face interactions, conversations, and community events.

ACT:  I saw you use the term “chosen family” in the article you wrote. That’s a term that I hear often talking to LGBTQ people about building supportive queer communities and not just focusing on biological family. Is Land Dyke a chosen family in that sense too?

Y:  Yes, we used that term for the first two years. If you look at this Newsmarket article from early on, we really saw ourselves as this militant, chosen queer family. Everything in the article still stands, but we aren’t as much of a family anymore. You don’t have to think of Land Dyke as a family, because the idea of a “family farm” in Taiwan is in a crisis. Even if you want to run a farming business with a traditional type of heteronormative family, it is almost impossible unless you are capitalized with land and all the resources that come with that. 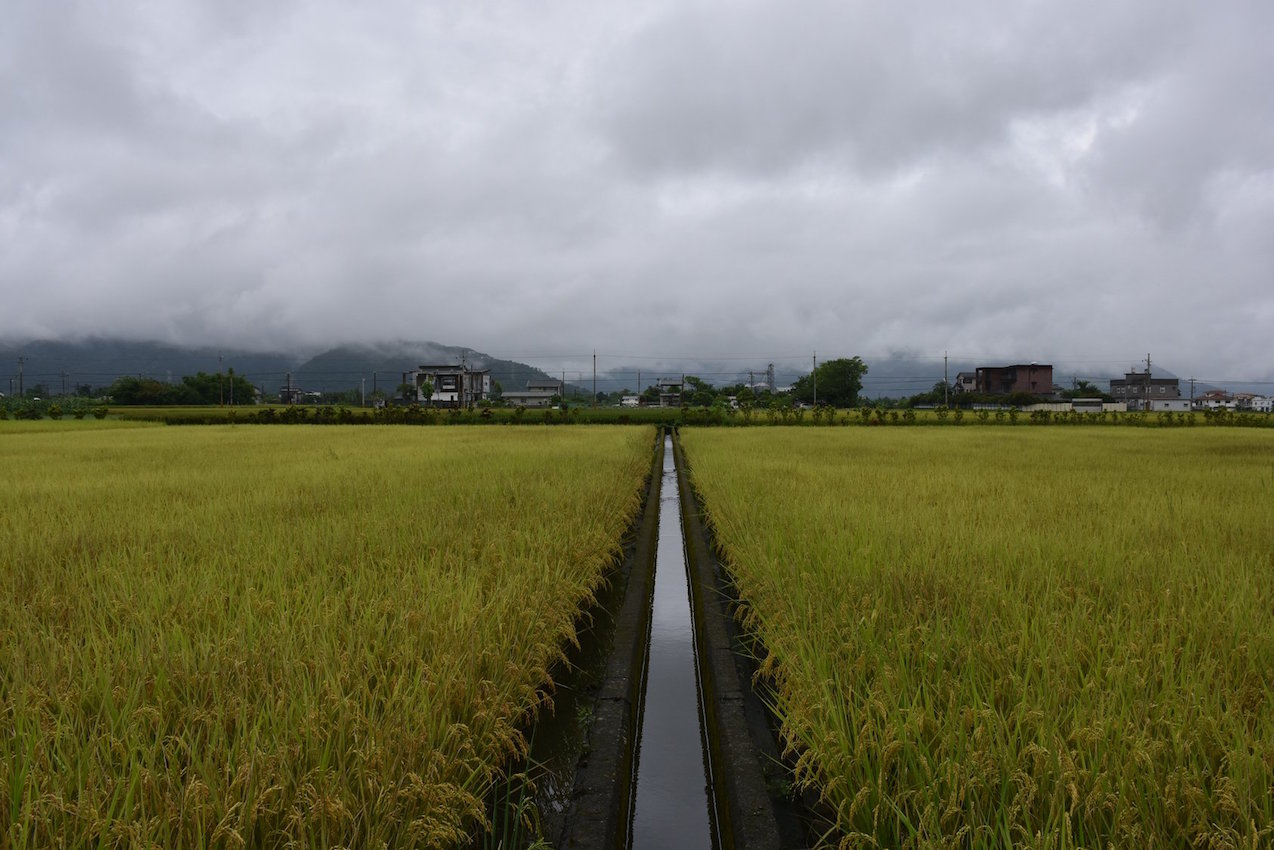