SEVERAL HUNDRED attended a memorial event on Ketagalan Boulevard to commemorate the one year anniversary of the death of NTU professor Jacques Picoux yesterday. Picoux, a Frenchman living in Taiwan and a well known professor at NTU, committed suicide as a result of depression following the death of his partner, Zeng Jingchao, who he lived with for 35 years. A contributing factor to his suicide is thought to be the fact that because Picoux was unable to be legally married to Tseng Ching-chao, he was unable to participate in making medical decisions regarding Zeng’s status on his deathbed. As a result of this, Zeng was also unable to will any property to Picoux following his death.

Picoux’s suicide last year led to a renewed push for marriage equality in Taiwan. But, one year later, despite a historic ruling from the Council of Grand Justices’ that it was unconstitutional to deny marriage to same-sex couples, the current DPP administration seems to be recalcitrant on the issue. Due to strong opposition from Christian anti-gay groups and because Presbyterian church groups are among the forces within the DPP, many DPP politicians seem to be less than enthusiastic about legalizing gay marriage, resistance against gay marriage fronted by legislative speaker Ker Chien-Ming.

Current president Tsai Ing-Wen made marriage equality a campaign platform in 2016 elections in order to establish an image for herself as a politically progressive candidate in order to win over the progressive Taiwanese youth activists who had seized public attention since the end of the Sunflower Movement in 2014. As such, DPP legislators who may not have been entirely onboard with legalizing gay marriage were forced to comply with Tsai during 2016 campaigning. But in the face of larger than expected demonstrators from Christian groups strongly opposed to gay marriage, Tsai backed away from express support of the issue, stating that she would follow the due process of the relevant legal and judicial organs in ruling on game marriage.

Among the participants of the rally yesterday were noted LGBTQ activists such as Chi Chia-Wei, who has spent thirty years engaged in a legal challenge to legalize gay marriage, Jennifer Lu of the Taiwan Tongzhi Hotline, a key organizer in the Taiwanese LGBTQ movement, and others. Chi in particular made the comment that after having been recently awarded winner of the Presidential Culture Award in the social reform category, he wished that he could exchange the award for immediate legalization of same-sex marriage, a comment he has made before in the past. As with past rallies, participants used their cell phones as metaphoric candles in the night and a series of lighted banners in calligraphy called for realization of marriage equality. 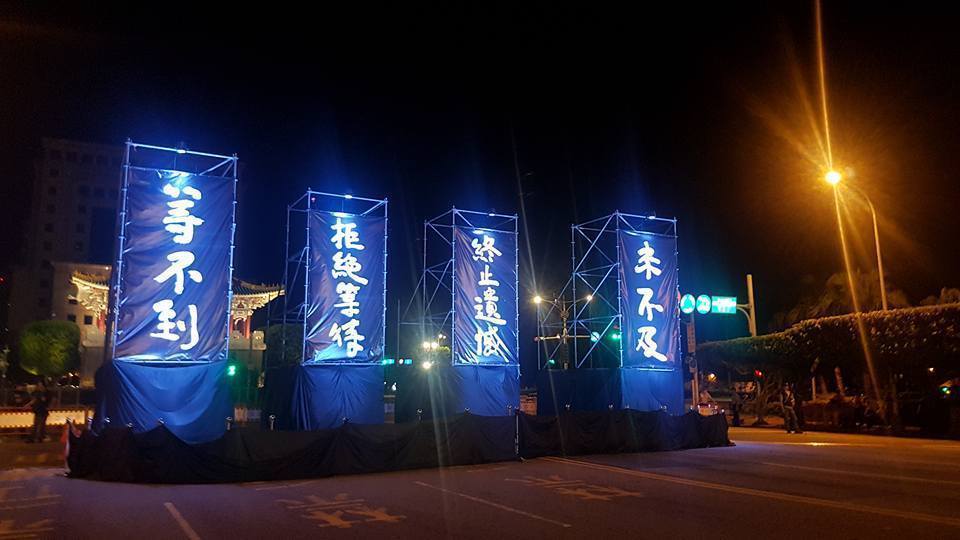 Namely, the Council of Grand Justices’ ruled that marriage should not be denied to same-sex couples and that the legislature should move to legalize same-sex marriage in two years, hypothetically taking the burden off of legislators who fear offending their constituents because they can claim that they have no choice but to legalize same-sex marriage due to the ruling by the judiciary. If two years pass with no action, marriage would be granted to same-sex couples automatically. Yet the legislature still seems reluctant to touch the issue and would perhaps rather wait out the two years. Recently inaugurated premier William Lai has indicated that the Executive Yuan is working on legalizing gay marriage, with LGBTQ advocates urging speedy action, but, provoking outrage, the Taipei District Court recently rejected the court appeal of two women to marry, seeing as no legal change has yet occurred.

LGBTQ activists and their allies have raised the Picoux case in order to cite the very human costs which may occur in the two years until same-sex marriage is legalized, in which similar tragedies as the Picoux suicide may occur within these two years because of lack of action by the Legislative Yuan or the Tsai administration. Indeed, LGBTQ advocates have also in the past been wary of the fact that the legislature may try to pass of separate but not equal civil partnerships as marriage equality through adding a new clause to the civil code governing same-sex marriage rather than amending the existing civil code. Or that same-sex couples would not receive the same rights as heterosexual couples, such as being denied the right to adoption, as is the case in Germany, which has a similar legal system to Taiwan and which is often the legal model for Taiwan, inclusive of wide-sweeping legal changes such as changes to the constitution or civil code. 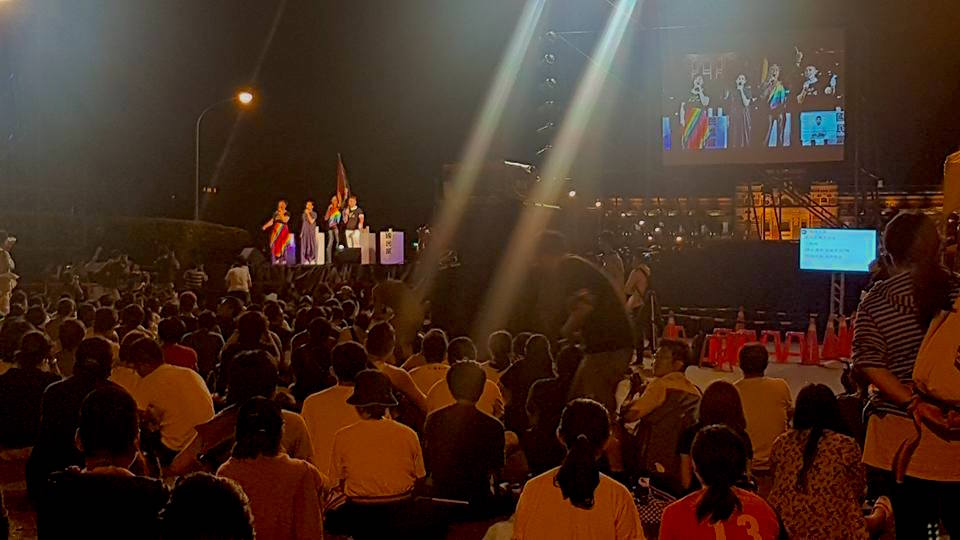 In the meantime, resistance from anti-gay groups continues, with anti-gay groups having becoming more quiescent in past months and returned to a focus on opposing what they see as sexual education that encourages the acceptance or development of homosexuality. NPP chair, legislator Huang Kuo-Chang, also presently faces a recall vote organized by anti-gay groups due to his consistent advocacy of marriage equality, though Huang has stated that he does not plan to back down from the issue.