THE JUDICIAL YUAN completed draft revisions on laws legalizing gay marriage in Taiwan that would expand the scope of transnational gay marriages late last month, sending them to the Legislative Yuan for review. Although a draft was completed in November, this had to undergo review by other government stakeholders that changes to existing laws would touch upon the jurisdictions of, such as Ministry of Foreign Affairs, Ministry of the Interior, Ministry of Justice, and the Mainland Affairs Council.

Currently Taiwan only allows gay marriages between Taiwanese and foreigners that come from countries that have also legalized gay marriage. The changes to the laws still require one member of a same-sex couple that wishes to be married to be Taiwanese, perhaps hoping to minimize the possibility of international incidents offending countries that have not legalized gay marriage if a foreign gay couple were to get married in Taiwan. 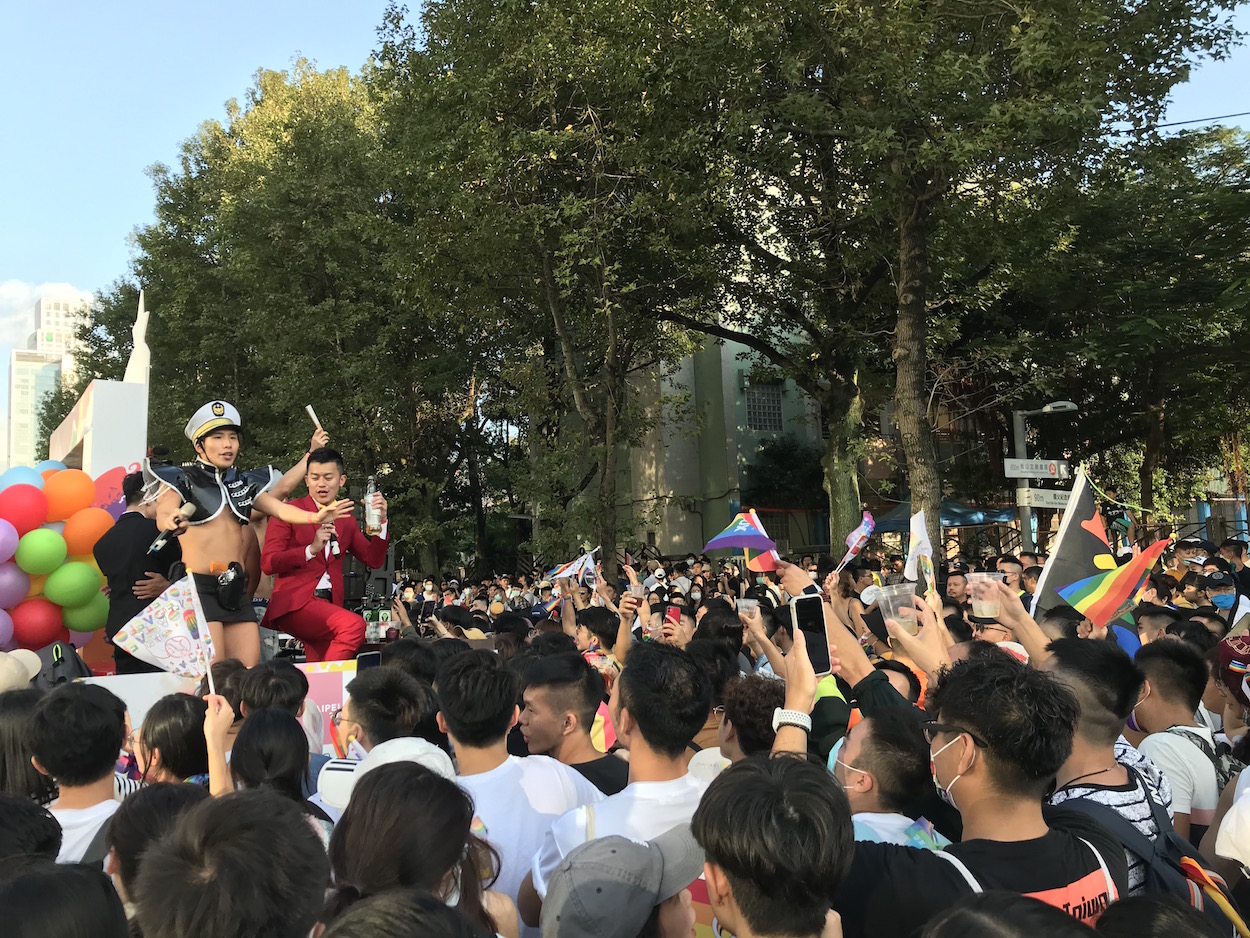 The changes to the laws would lift the requirement for the foreign member of the couple to also be from a country that has legalized gay marriage. It is a question as to whether the changes will clear the legislature, again, given the potential to offend countries that have not legalized gay marriage. This proves ironic; part of the impetus for the Tsai administration to legalize gay marriage was for Taiwan to be credited as the first country in Asia to legalize gay marriage. At the same time, Taiwan’s international marginality and lack of official diplomatic recognition make it highly sensitive to offending the governments of other countries.

Ironically, part of the successful push to legalize gay marriage occurred after the suicide of French professor Jacques Picoux, a long-time resident of Taiwan. Picoux killed himself after his partner died; Picoux was unable to visit his partner on his deathbed or inherit property from him because he could not marry him.

This has led the Mainland Affairs Council to state that it will research what legal options are available to allow for same-sex marriages between Taiwanese and Chinese. Considering the number of Taiwanese-Chinese gay couples, it was probable that the issue would come up sooner or later. Legal issues have stemmed from that Chinese nationals are not technically foreigners in the past, such as regarding the ability of international students to enter Taiwan after borders were shut because of the COVID-19 pandemic, or even led to issues regarding individuals spying for China, who are not technically the spies of a foreign country. The issue proves an example of how the ROC is not simply another name for Taiwan, but a juridical framework with large effects on laws regulating society in Taiwan.

Navigating the issue may be thorny legal territory, particularly at a time in which the KMT is reacting strongly against what it perceives as an assault on ROC institutions. Between the two major parties, it is also the KMT that is more strongly opposed to gay marriage. That being said, the KMT has historically sought to portray itself as a party that has the interests of Chinese spouses in Taiwan in mind and has sought to leverage on Chinese spouses as a supportive demographic.

It remains to be seen as to how the issue will be settled between the DPP and KMT, with DPP politicians emphasizing that national security considerations also have to be kept in mind regarding legal amendments. Likewise, it is to be seen whether both parties have the political willpower to take on the issue at present, or whether this would be an issue that both are content to simply pass over. 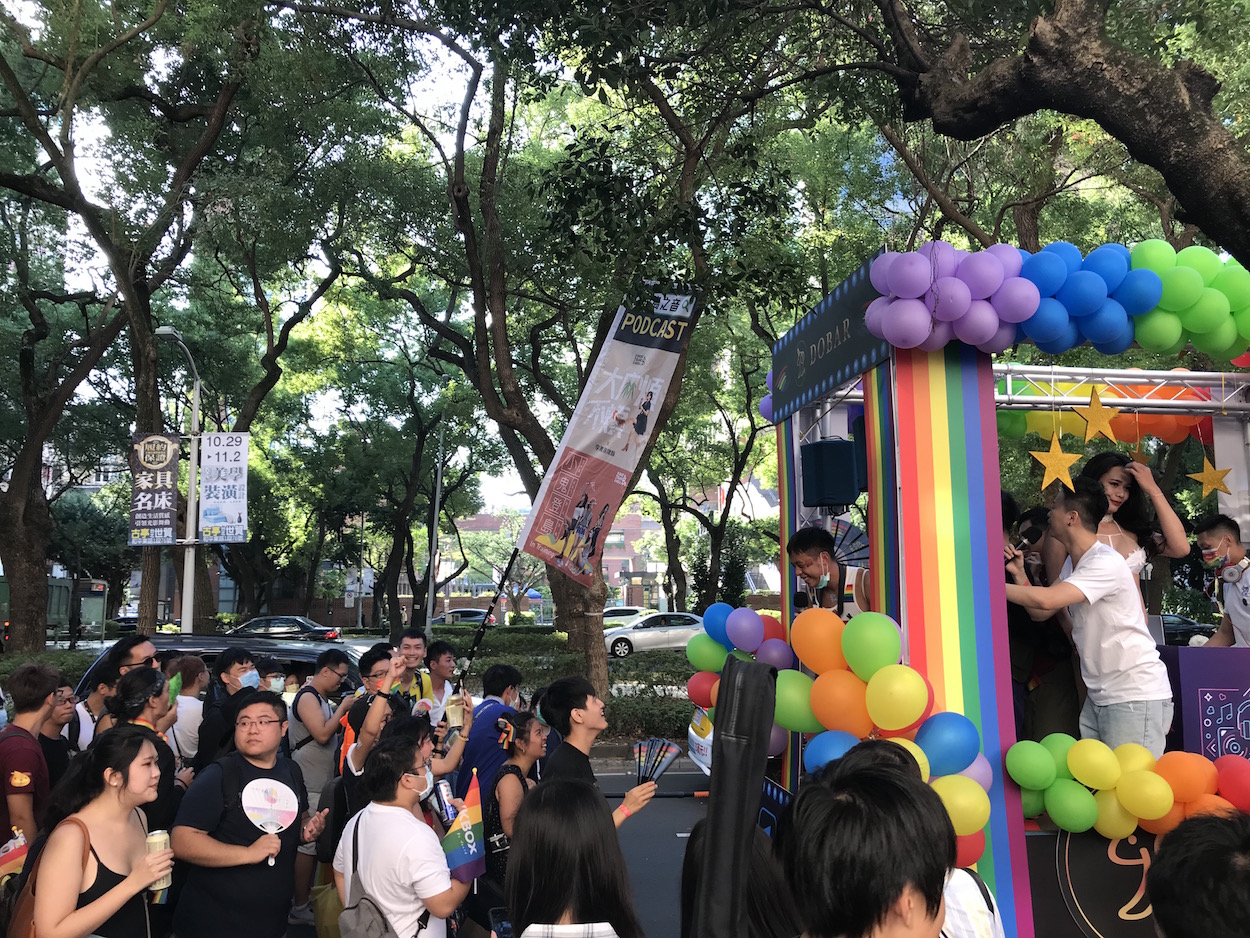 Either way, existing gay marriage laws in Taiwan continue to be imperfect. One notes that for a gay couple to jointly adopt, the child needs to be the biological child of one of the members of the couple. To this extent, Taiwan does not have any surrogate mother system.

Pushing for changes to the current system would likely meet with resistance from Christian conservatives, who became organized as a political force in Taiwan in order to resist the push for legalizing gay marriage. It was only recently that Taiwan annulled laws that criminalized adultery, for example, something that conservative church groups resisted. Although laws criminalizing adultery disproportionately targeted women, conservative church groups claimed that this would lead to increased promiscuity in Taiwan and social disorder. Such groups would not doubt offer similar arguments regarding allowing for joint adoption by gay couples or the introduction of a surrogate mother system.