FOXCONN CEO Terry Gou has been an unusual presence in the news in the past few days, with Gou hinting to Taiwanese media that he might seek to run in the KMT presidential primary, and making a number of high-profile public appearances. Gou then finally declared a run earlier today, with the claim that he was told to run by the sea goddess Mazu.

Gou, Taiwan’s richest man, has long been touted as a possible presidential candidate for the KMT in 2020 elections, but he has been relatively quiet in the past half year. Nevertheless, Gou has been overshadowed in the past half year by current Kaohsiung mayor Han Kuo-yu. Han is a figure who notably has a similar public persona to Gou, given the view of Han as a heterodox candidate whose background is more in business than in politics, and who breaks from political norms because of his willingness to speak frankly and boldly, even when this ruffles feathers. 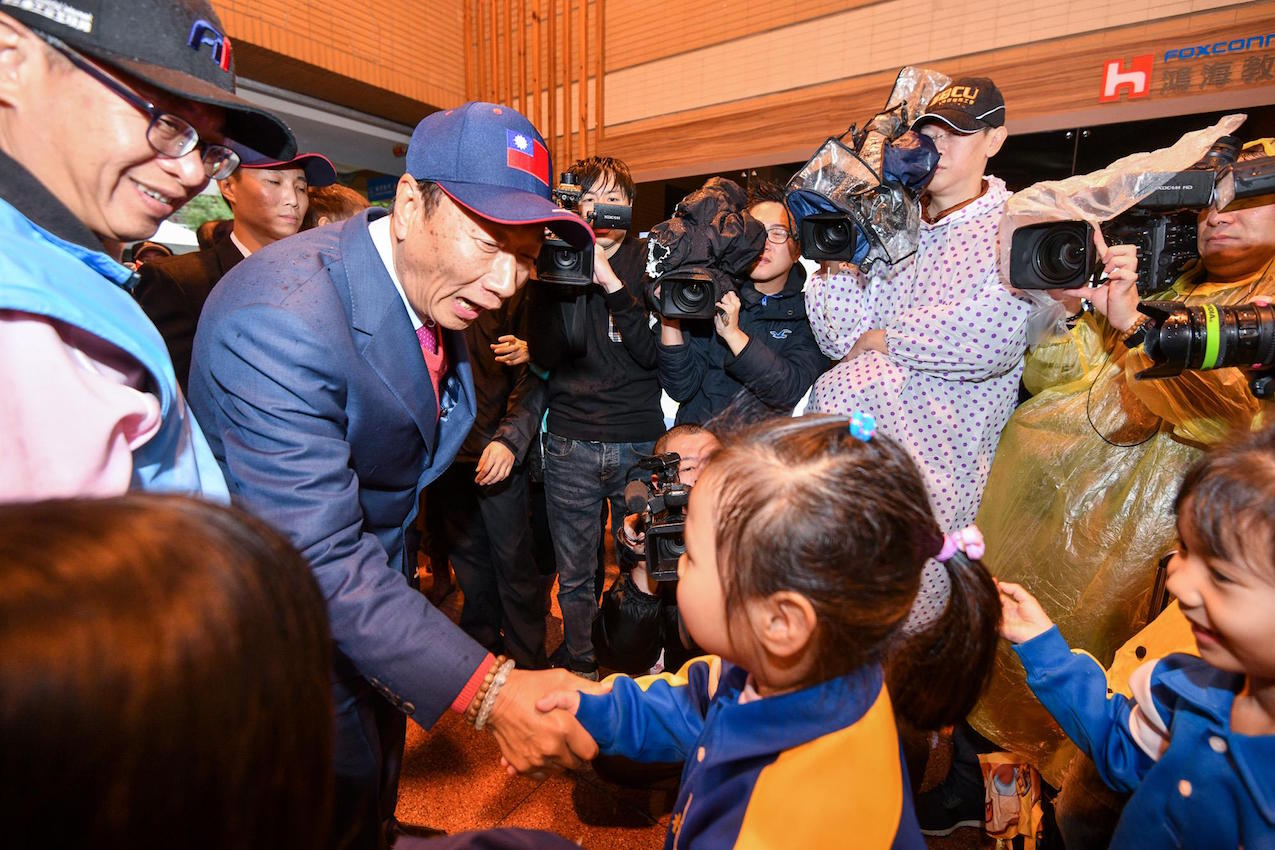 This is a public persona similar to Gou’s. Likewise, both Gou and Han’s public personas tout their business achievements, as the CEO of FoxConn and the former CEO of the Taipei Agricultural Marketing Promotion Corporation respectively. That being said, Han is no newcomer to politics, having previously served as a legislator from 1993 to 2002, yet this has escaped notice by many members of the public.

Gou’s name began to be floated as a possible KMT presidential candidate in late 2016 and early 2017. Gou benefited from the view in Taiwan after the presidential victory of Donald Trump in November 2016 that Trump was a successful example of a businessman with no prior political experience entering politics. This sparked discussion in Taiwan of whether Trump’s electoral successes was an early sign that a wave of wealthy business owners lacking in political experience would seek public office.

One notes that similar discussion broke out in other parts of the world in the wake of Trump’s victory, notably in Indonesia, and that after Trump’s victory, a number of billionaires began to seek the Democratic presidential nomination in the United States, including former New York City mayor Michael Bloomberg and Starbucks CEO Howard Schultz. Yet in Taiwan, the claim that businessmen could win public office dovetailed nicely with the victories of political amateurs with no prior political experience such as Taipei mayor Ko Wen-je or the young politicians of the New Power Party in 2014 and 2016, something phrased as “everyday people participating in politics” in public discourse.

Gou benefited from this pro-business turn in Taiwanese political discourse, as did Han later on. At the same time, Gou seemed like a viable candidate for a cash-strapped KMT, seeing as the KMT has historically been able to overwhelm challengers by relying on the substantial assets it retained well into Taiwanese democratization dating back to property seizures by the former one-party-state. Yet such party assets are currently under scrutiny by the Tsai administration’s party assets probe, as part of its broader efforts to promote transitional justice. 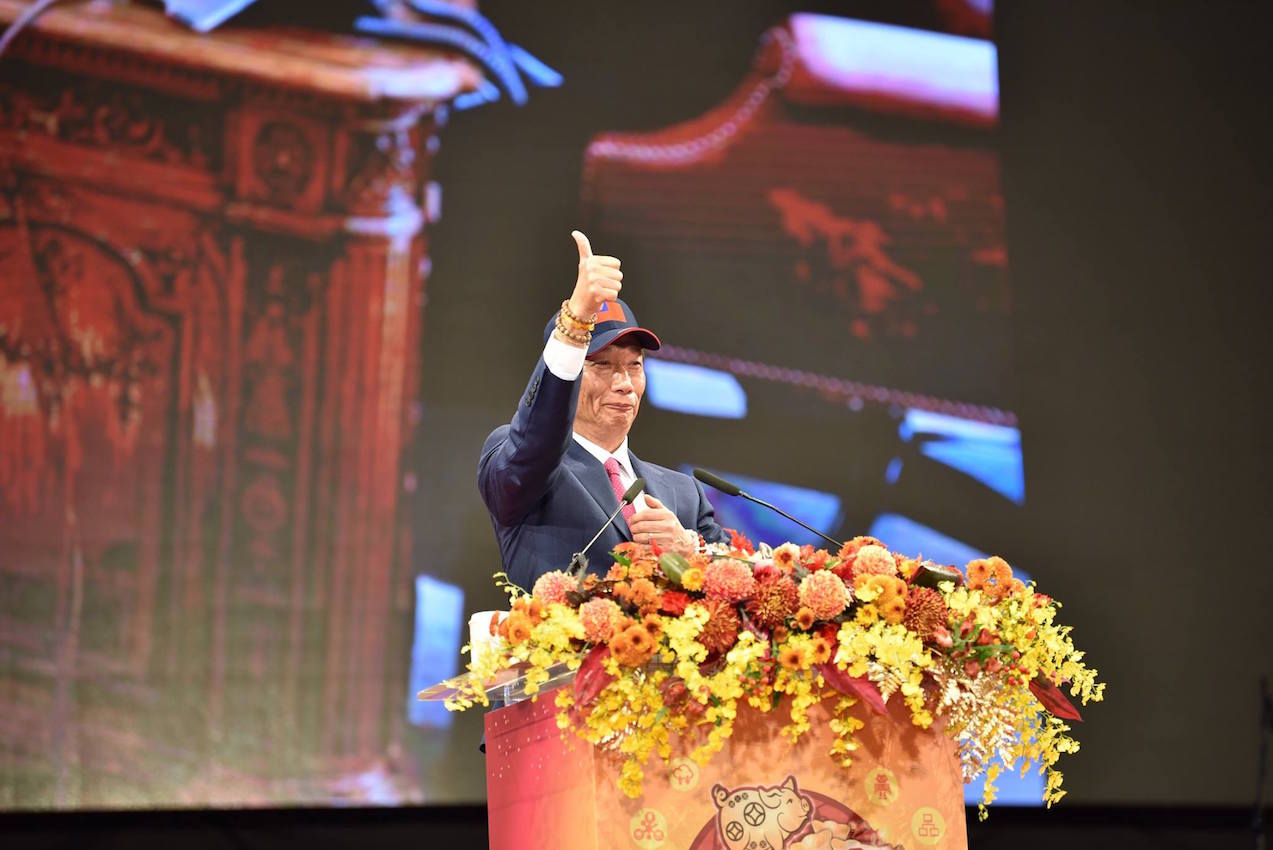 Gou’s political ambitions have long been known, for example, as observed in strange, abortive moves to win young people to his side during the 2014 Sunflower Movement in a means that broke with the actions of KMT party heavyweights such as then-president Ma Ying-jeou. In past years, Gou had also taken steps to ally himself with then-party chair Hung Hsiu-chu in late 2016, lending the KMT to tide it over during the Tsai administration’s probe into its illicit party assets.

Gou building a political relationship with American president Donald Trump by signing an MOU to construct a FoxConn plant in Wisconsin may have also been an action aimed at a future presidential run. This would be a means of allaying one of Gou’s largest political liabilities, his starkly pro-China image, by building closer ties with the United States. Indeed, having made many promises to construct FoxConn plants in a number of places across the world that he never followed through with, particularly in India, Gou was always unlikely to follow through on the construction of the Wisconsin plant.

Yet with the meteoric rise of Han Kuo-yu in the past year for reasons few have been able to adequately explain, Gou has long been overshadowed. It is thus to be questioned as to whether Gou is now attempting to claw his way back into the limelight. This would seem to be the rationale behind aggressively attacking DPP legislator Hsiao Bhi-kim at the Q-and-A section of the 2019 Indo-Pacific Security Dialogue for not looking him in the eye while responding to a question, as a way of inciting a public incident. Gou would also set up a Facebook page for the first time in January, one month after the end of nine-in-one elections in late November last year, in order to try and build up his appeal among young people that use Facebook.

With Gou throwing his hat into the race at this juncture, Gou would be entering a crowded race in which he is already be contending with former presidential candidate and former New Taipei City Mayor Eric Chu, former majority speaker Wang Jinpyng, who is also the head of the “Taiwanese” faction of the KMT, and possibly current chair Wu Den-yih, who has publicly ruled out a run for president, but may still hope to be invited to run. 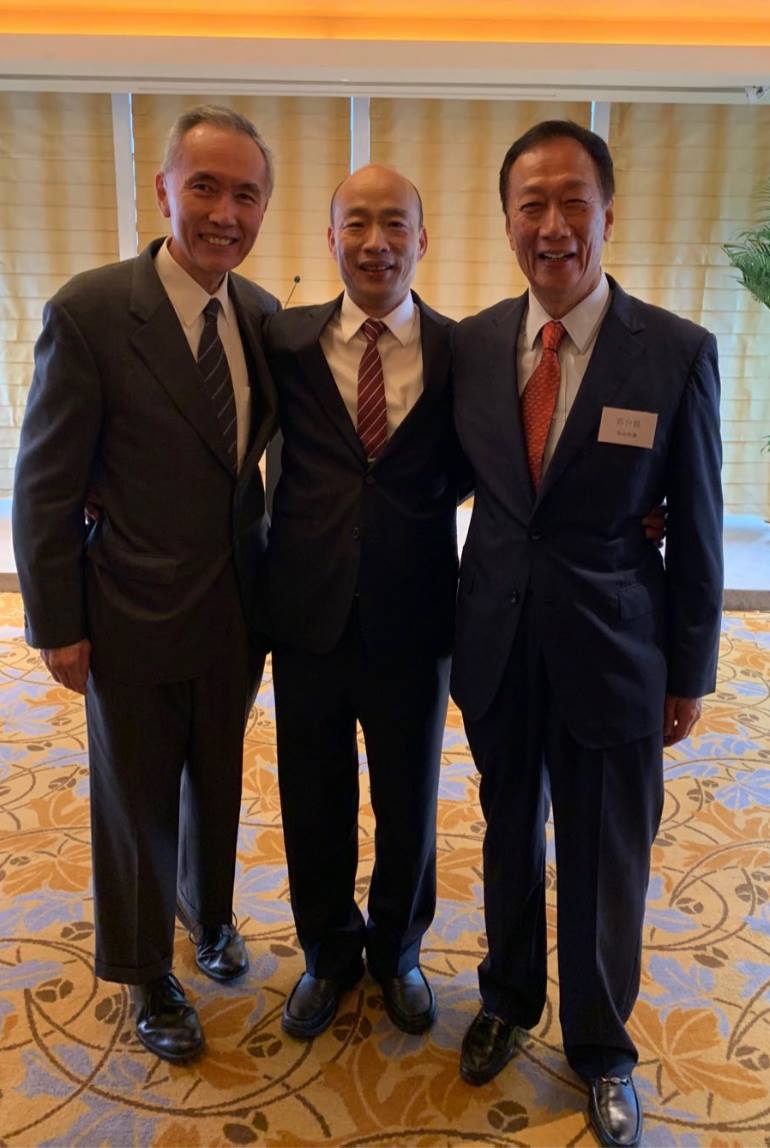 Likewise, although Han has also publicly ruled out running, it is possible that Han similarly hopes for the party to come to him with an invite to run, rather than being seen as disrupting the internal hierarchy of the party through his personal ambitions. 2016 presidential elections set the precedent of the KMT switching candidates midway through elections and it is not impossible that for 2020 presidential elections, any less than successful KMT presidential candidate could be swapped midway through with Han.

However, in the absence of Han declaring a run, it is anyone’s guess as to whether he may edge out Chu, Wang, or Wu. And it is not impossible that in a race with either of the three absent Han, Gou may still benefit from his superficial similarities to Han, with the “Han fever” continuing to be in full swing.