Is Terry Gou Gearing Up For A Presidential Run?

IT APPEARS TO be highly likely that FoxConn owner Terry Gou is gearing up for a presidential run in Taiwan as a KMT candidate. Namely, due to the current internal struggle within the KMT and the fact that none of the party heavyweights probable to be the next party chair are popular with the general public, the usual practice of the party chairman being the presidential candidate likely will end.

A Terry Gou presidential run comes in the aftermath of Donald Trump’s victory in 2016 American presidential elections, which showed to the world that it was possible for a businessman who previously had no experience in politics to win the position of president. As such, a possible Terry Gou run for president is very much closely linked to Trump’s presidential victory in Taiwanese political discourse. This is illustrative of the large influence of America not only upon Taiwanese politics, but global politics, given the incommensurate difference between Taiwanese politics and American politics given that the main political cleavage in Taiwanese society is not between Left and Right, but between independence and unification, although independence/unification politics remains layered on top of the traditional left/right political spectrum.

Gou is a noted supporter of the KMT and seen by many as the quintessential taishang, as an individual whose wealth is founded upon his strong ties with both the KMT and CCP. As such, Gou is stridently pro-unification and a figure of the extreme political right. It is to be imagined that Gou would run on the basis of claims that, as a businessman, he could turn Taiwan’s economy around through strengthening Taiwan’s business ties with China–which the KMT claims to be vitally necessary for Taiwan’s economy. 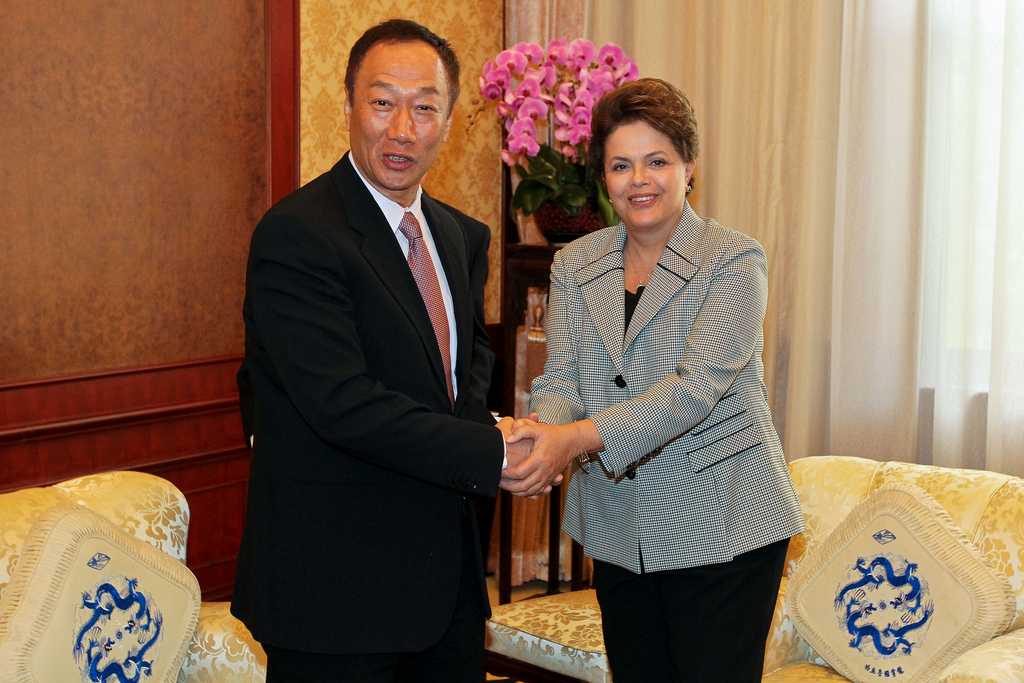 But, accordingly, we might question what exactly Gou is playing at with recent reports suggesting that Gou would in fact seek to move FoxConn jobs to America and not China. Gou has, in fact, had to placate China that he plans to continue to have a large stake in Chinese manufacturing. Gou claims that this will create 50,000 American jobs and represent a $7 billionn dollar investment.

But past moves by Gou seem indicative of that he sees China as presently being too dangerous an environment to continue working in, something worsened by FoxConn’s  bad publicity after a series of worker suicides in its factories, and striking factory workers threatening mass suicide.

FoxConn has announced plans on mechanizing 60,000 jobs in China with robot labor, for example. FoxConn also claims that it is planning on building 12 factories in India, employing over one million people in the process of doing so. FoxConn currently has 12 factories in China and it employs over one million people in China. As such, shifting to India would represent a significant rebalance of its operations for FoxConn.

In addition to its India rebalance, if Gou intends to build factories in America, does mean that Gou intends to shift away from China entirely? Very probably, this is simply all talk by Gou. For FoxConn to build operations in India that are the same size as its China operations seems unrealistic. There are reasons why Terry Gou would seek to back away from the Chinese market, given the amount of bad publicity that FoxConn already has in China. But there are significant barriers to FoxConn’s business model being applicable to India.  For example, FoxConn’s managerial staff is heavily Taiwanese, and part of the reason why they are able to work in China is because of the shared language and lower cultural barriers. This would not be the case with India. 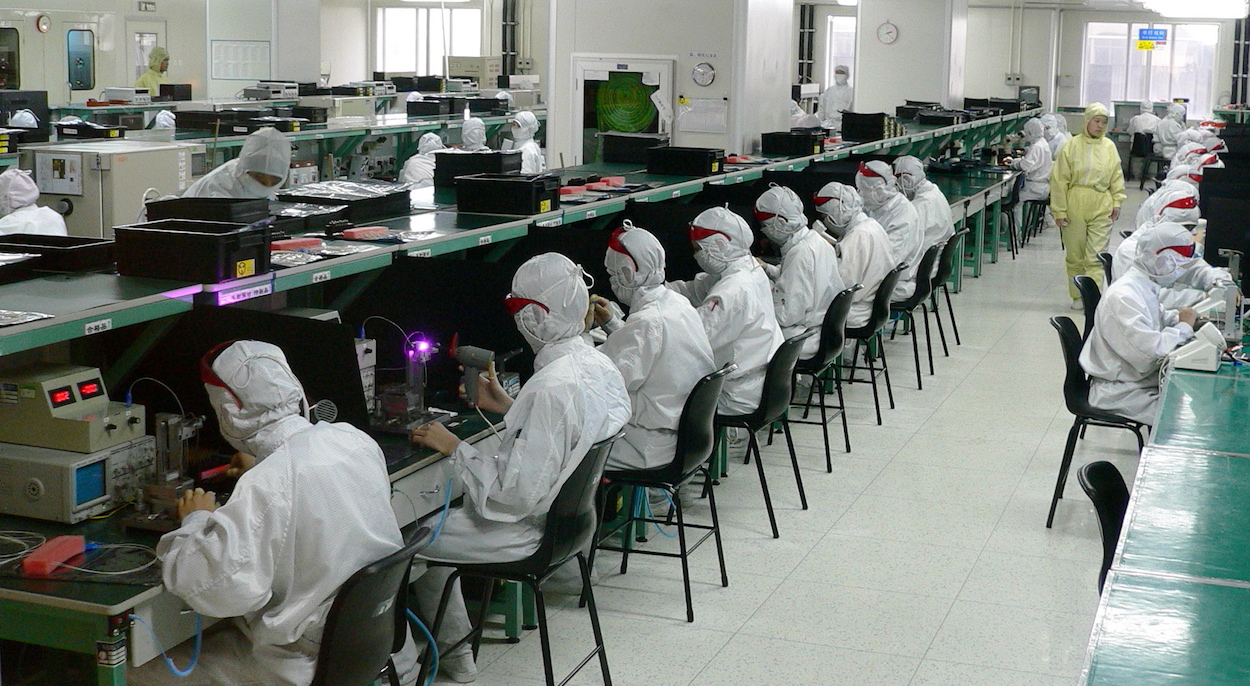 It could be that as a businessman, Gou has no real loyalty to any country, but simply goes where the money is. Yet we may note that India is a country which the Tsai administration hopes to build stronger ties with, given the size of the country, in order to wean the Taiwanese economy off of overdependence on China as part of her New Southwards Policy. And, as goes without saying, pro-Taiwan political actors have sought to build stronger trade ties between Taiwan and the United States for ages, in the hope that it would be in America’s interest to defend Taiwan on the basis of substantial trading ties.

It could be that in preparation for a presidential run, Gou is trying to allay his image of being uncritically pro-China. As an independent businessman, Gou could call on Taiwan to build stronger trade ties with China without any real cost to himself. But, as observed in the results of 2016 presidential and legislative elections, the Taiwanese electorate is currently wary of closer ties with China due to the encroachment on Taiwan’s political freedoms. Being perceived as too close to China could cost Gou his shot at the presidency.

We shall see if this is Gou’s intent. But, either way, it is doubtful that Gou would ever sever his economic ties with China completely, and Gou would only be attempting to put on a show for political reasons. Gou hardly has Taiwan’s interests at heart.