Will The KMT’s Opposition To Pension Reform Ultimately Backfire In 2018 Elections?

WITH A LARGE rally against pension reform taking place yesterday on Ketagalan Boulevard in front of the Presidential Office Building that drew hundreds, one observes that KMT continues to leverage on the issue of pension reform as a way to appeal to supporters. However, it is a question as to whether this strategy will backfire in 2018 local elections elections, given that the issue is likely an unpopular one among society writ large.

It has been an ongoing effort of the Tsai administration to reform Taiwan’s pension system because the expensive pensions paid to retired members of the military, police, public servants, and teachers threaten to bankrupt the pension system writ large. Namely, lucrative pensions were paid to military, public servants, and teachers as a reward for political loyalty during the authoritarian period. For such reason, members of such occupations oftentimes do continue to vote pan-Blue, even into the post-authoritarian period. 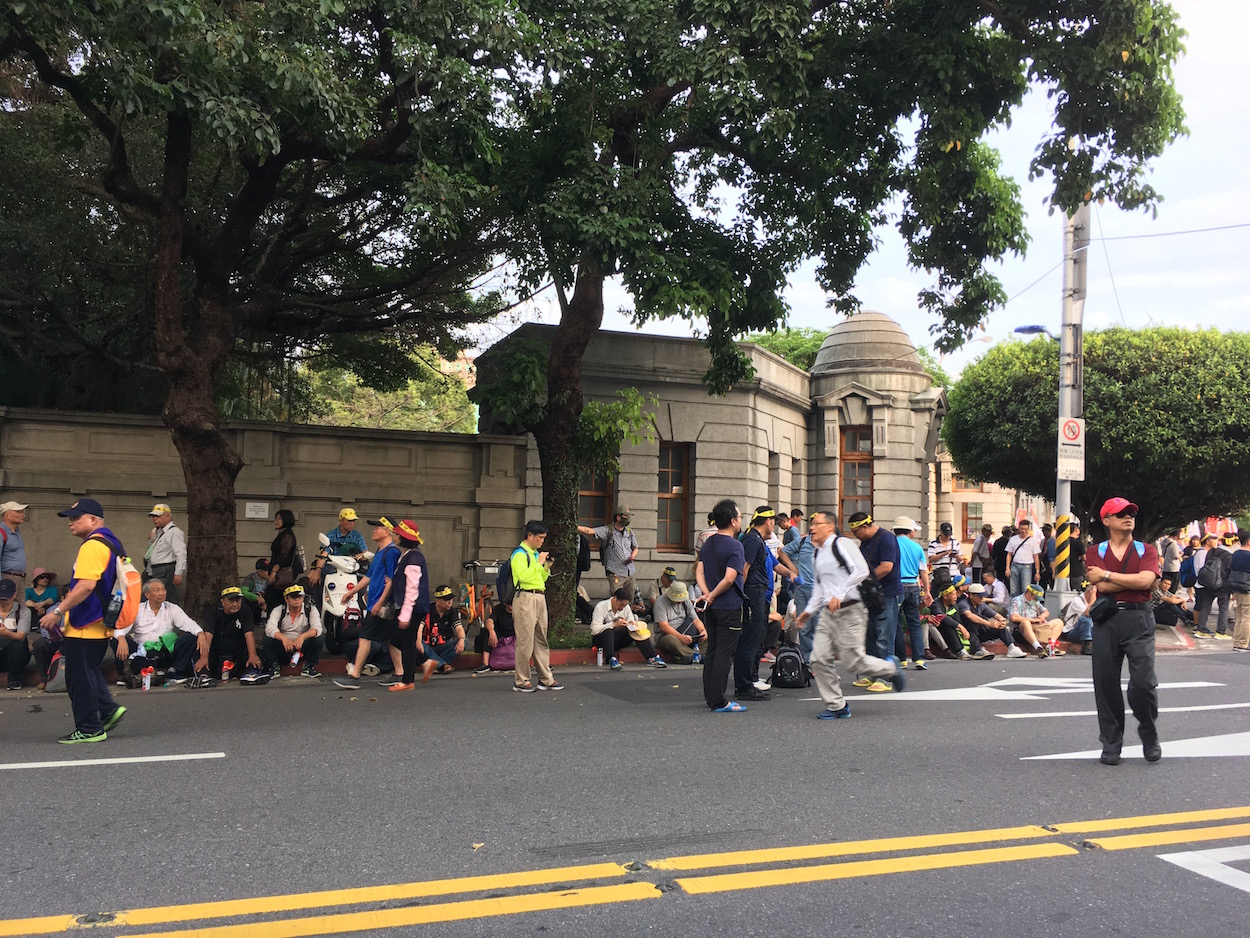 It is such that the KMT currently hopes to leverage on the support of members of the military, public servants, and teachers as a voter base in 2018 local elections. Retired members of the military have been a particularly vocal group, organizing numerous demonstrations, an occupation outside the Legislative Yuan which lasted for over a year before being evicted, and making several attempts to storm the Legislative Yuan.

Nevertheless, it may actually be a sign of desperation that the KMT is banking on the support of such individuals, particularly with regards to pushback against pension cuts for former generals. Under current pension rules, retired generals and lieutenant generals are eligible for pensions of over 170,000 NTD per month, significantly more than the majority of Taiwanese society ever will make per month.

The KMT seems to take the view that it will be politically expedient in upcoming elections to lob the DPP with the accusation that it is failing to respect the military veterans who have served the country and that, in this way, the DPP is not patriotic. But retired ROC military generals have proven a particularly controversial demographic given high-profile incidents of retired generals making public visits to China to meet with Chinese government officials, with accusations that they have leaked ROC military secrets to China because of their pro-unification views.

Banking on this accusation, then, can backfire in reminding members of the public that the KMT’s “patriotism” consists of advocating unification with China, even when this could mean the deaths of many Taiwanese in the case of Chinese military invasion and the loss of Taiwan’s democratic freedoms. It was such that during the rally yesterday, members of the KMT continually expressed the view that they were “Chinese” rather than Taiwanese and lashed out at the DPP with claims that it was seeking to push for Taiwanese. 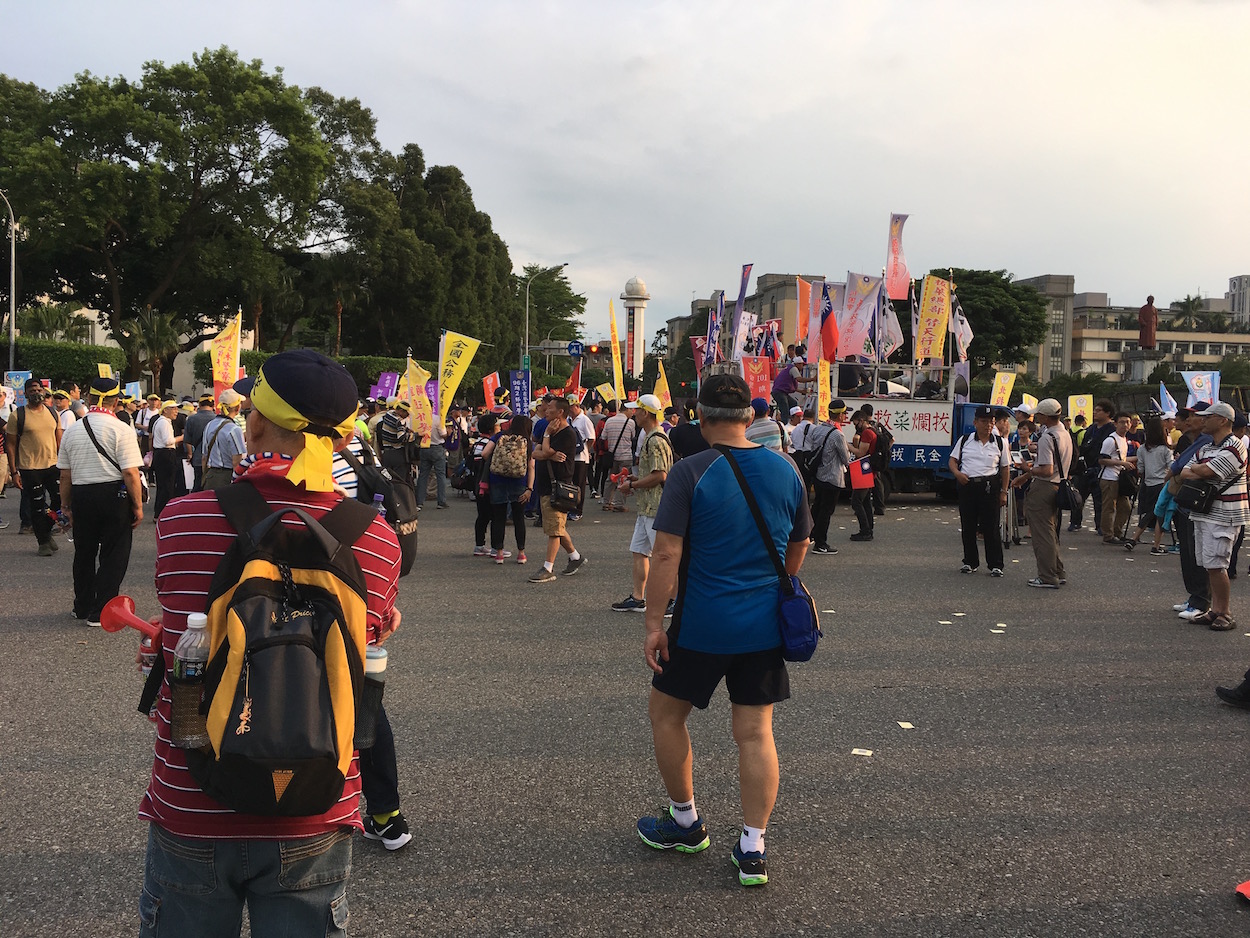 But despite the fact that pro-China views are not directly related to the pension issue, including this into the fold may not be to the KMT’s benefit, given the overall strengthening of Taiwanese identity in past years despite waxing and waning as the years have gone by since explosions of Taiwanese identity as the 2014 Sunflower Movement.

Likewise, with poor economic conditions in Taiwan continuing and labor demonstrations in the past year against planned changes to the Labor Standards Act having led increased attention to low salaries for Taiwanese workers, it will continue to incense members of the public that the pensions which retired members of the military, teachers, and public servants can receive in retirement is sometimes more than the monthly salary of many members of the public.

Even the DPP’s planned pension reforms do not aim to fully cut back the privileges currently received by such individuals, seeing as the DPP also needs to keep members of the military, public servants, teachers, and police happy in order to keep government running smoothly.

One can observe the lack of support of opponents of pension reform in the lukewarm public response to demonstrations by retired members of the military. It has been noted that members of the pan-Blue camp have made many attempts to imitate the actions of the 2014 Sunflower Movement, in the hopes that this will lead their causes to gain similarly widespread public attention. Yet while one saw, for example, spontaneous protests occur out of outrage during incidents in the Sunflower Movement when protesters were injured, such as after the 324 attempted storming of the Executive Yuan or when veteran Taiwanese independence activist Tsay Ting-Kuei was nearly struck by a bus on April 11th, following police clearing remaining demonstrators after the withdrawal from the Legislative Yuan. 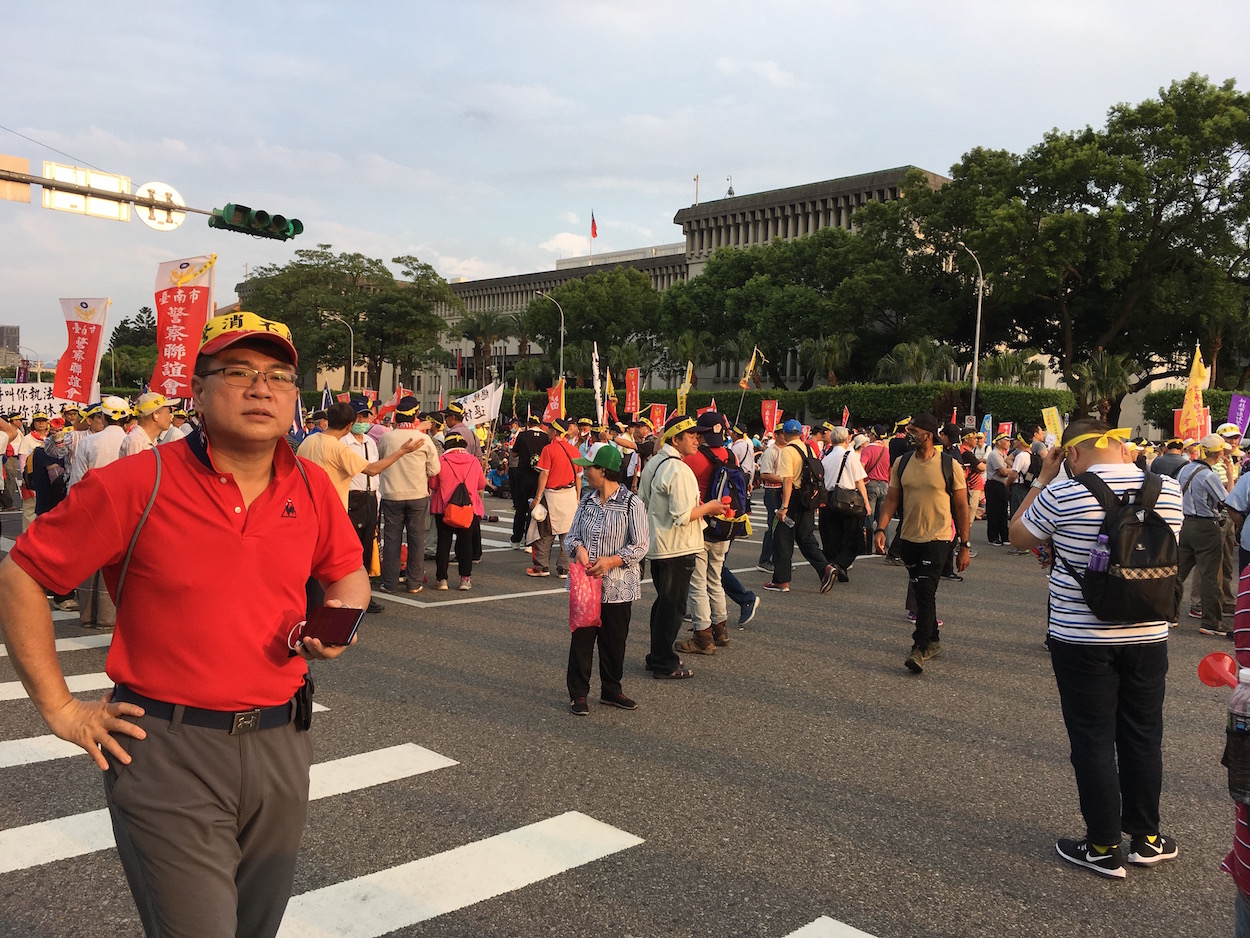 But no spontaneous rage has not occurred for any anti-pension demonstrations—even after an incident in which a 62-year-old anti-pension reform demonstrator fell while attempting to climb into the Legislative Yuan and later died of his injuries.

It may be, then, that the KMT is making a grave political mistake in staking so much of its political capital on an unpopular issue in order to appeal to a sector of the public which may be fervent in its support of the KMT, but which is decidedly a minority interest group whose views are not reflective of the public at large. Although this may prove a successful strategy, particularly in localities with high populations of retired military, this may be a sign of desperation more than anything else, and this may not work out well for the KMT in terms of election successes in Taiwan as a whole.