Despite Stable Outlook, Taiwan Must Contend with Successive Global Waves of COVID-19

TAIWAN MARKED one hundred days since the last case of domestic transmission of COVID-19 on July 17th, with the last case of local COVID-19 transmission having taken place on April 8th. It appears as though the COVID-19 situation is still under control in Taiwan, Taiwan having managed to avoid the expansive lockdowns that the rest of the world has seen.

Taiwan has had a total of 467 COVID-19 cases to date, with only seven deaths, and only twenty COVID-19 cases in quarantine. 376 cases have been imported, while 55 were the result of domestic transmission. 36 cases, which are counted separately, are connected to a cluster of cases linked to the navy ship, the Panshih, which visited Palau as part of a “Friendship Fleet.” 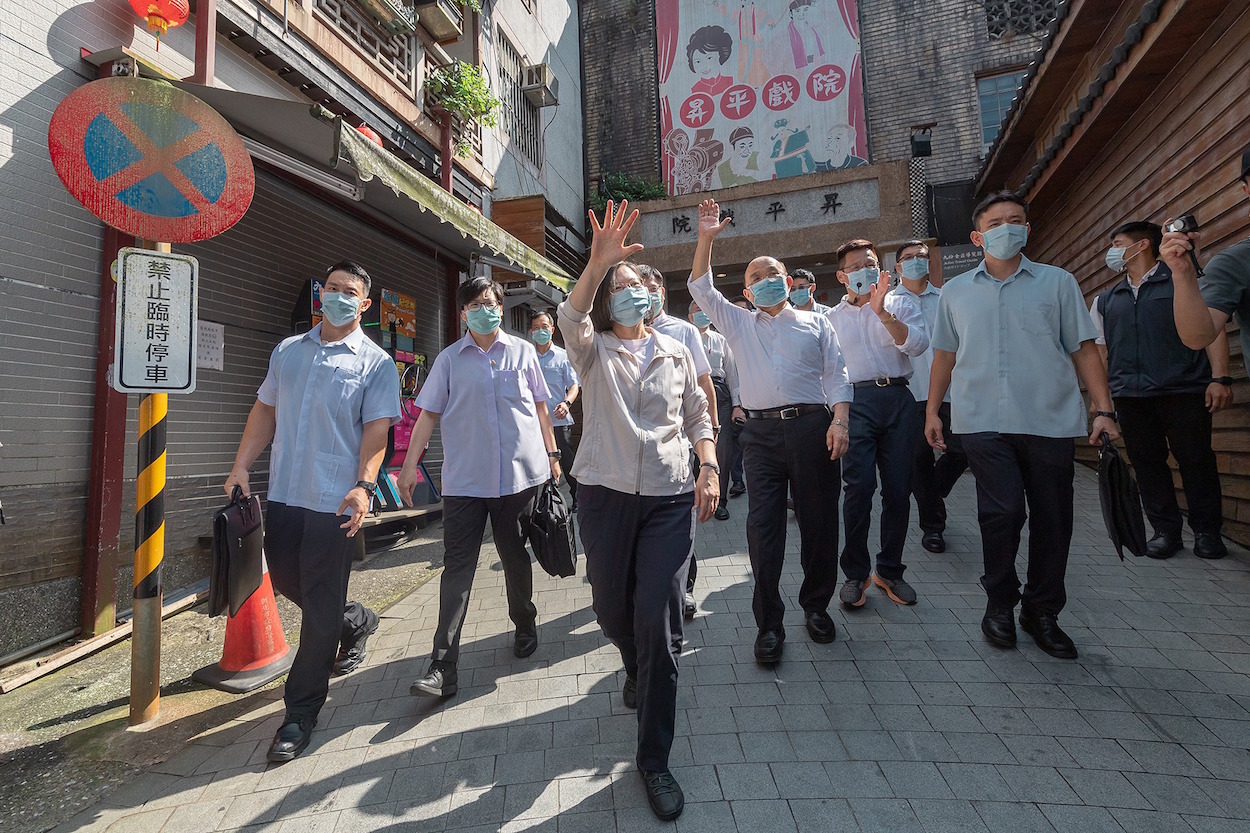 The United States, the world leader in the number of COVID-19 cases, routinely adds tens of thousands of new cases daily. Neighboring countries and territories also report hundreds of cases daily. Japan, for example, recorded over a hundred cases daily earlier this month, while Hong Kong recently saw its largest ever jump in cases of domestic COVID-19 transmission in three months—since April 8th—with nine new cases announced on July 7th. Hong Kong currently appears as though it might be the first place in Asia to see a new wave of COVID-19 more severe than previous cases, something which has prompted the readoption of social distancing measures.

With many countries opening up borders again, Taiwanese airlines are set to restart flights to places such as Cambodia, Japan, South Korea, and Vietnam. Students from eighteen countries are also being allowed to return to Taiwan and travelers for business purposes are being allowed into Taiwan. Taiwan’s borders have been shut to foreigners since March, apart from individuals that hold Alien Resident Certificates (ARC) or are traveling to fulfill business obligations or for diplomatic purposes.

With Taiwan gradually opening up its borders, the government has shortened the time that some business travelers to Taiwan need to undergo quarantine, with it previously required that all individuals that enter Taiwan from abroad undergo a mandatory fourteen-day quarantine. At the same time, the enforcement of quarantine measures using the cell-phone based tracking of individuals under quarantine continues to be enforced by authorities.

In the meantime, the Taiwanese government announced a fifth thirty-day visa extension for foreigners in Taiwan. Conflicting government announcements have made it unclear, however, as to whether the government would take measures for individuals that have stayed in Taiwan past the 180 days that they were allowed to stay in Taiwan without an ARC or if this would be the last of the thirty-day visa extensions for foreigners that the Taiwanese government has announced since March. There are reports of conflicting answers from individuals that have contacted relevant government bureaus, making further inquiries. 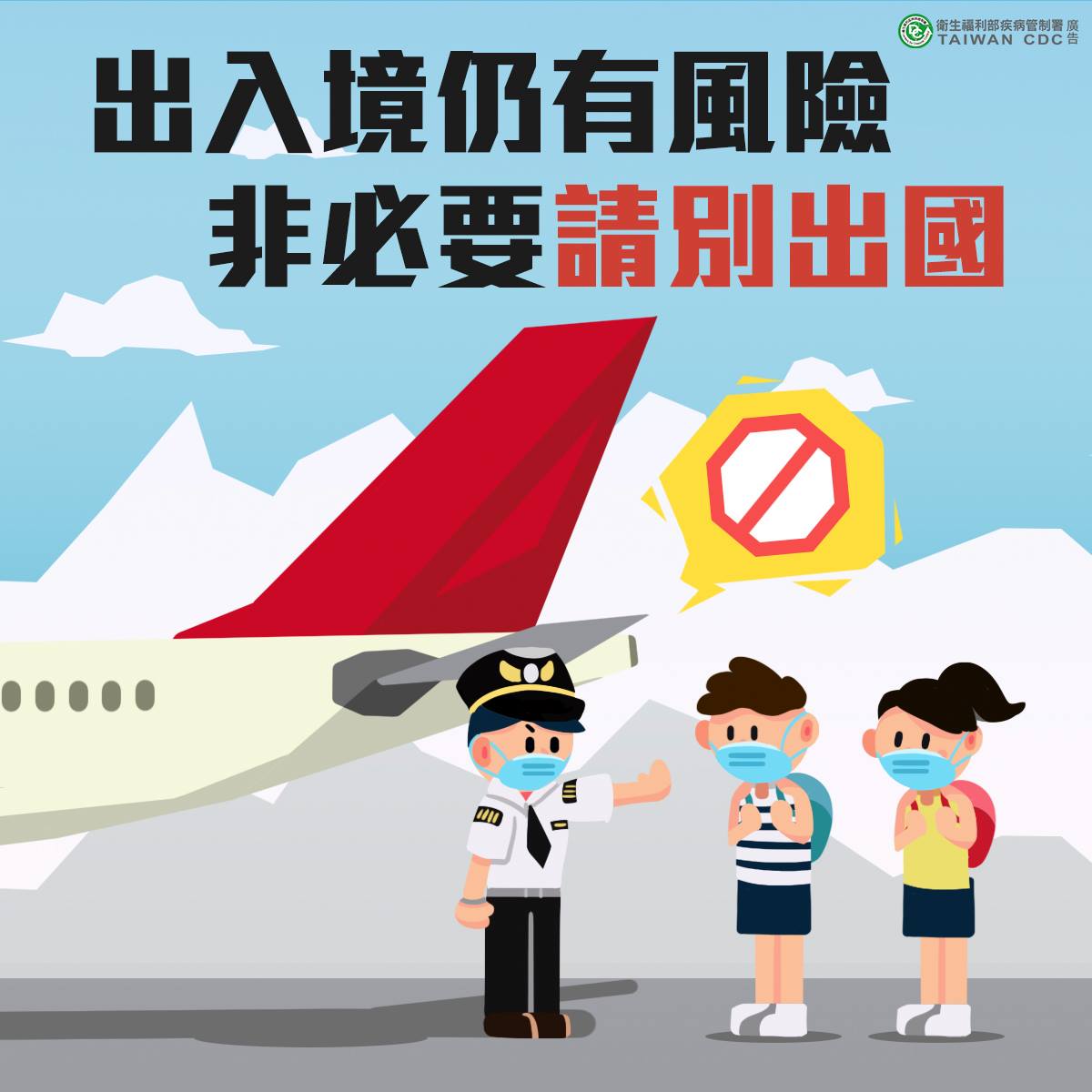 The Taiwanese government previously attempted to require that foreigners traveling to Taiwan would have to test negative for COVID-19 three days before their date of travel last month, including ARC holders. But this requirement was dropped after criticisms that this was discriminatory against foreigners, seeing as both Taiwanese and foreigners traveling to Taiwan would be required to quarantine for fourteen days after returning to Taiwan, but Taiwanese would not be required to take this test before being allowed to travel.

Fake news scares regarding COVID-19 also continue to take place, with the government taking steps to reassure the public that online rumors that a confirmed COVID-19 case had been wandering unattended around Taoyuan International Airport were untrue.

But with the spread of COVID-19 mostly under control in Taiwan, the government is taking steps to stimulate the economy, particularly aiming to stimulate domestic tourism and to assist industries that have been heavily affected by the pandemic, such as regarding the tourism and hospitality industries. Although Taiwan’s economy has done relatively better compared to other economies in the region due to the reduced effects of COVID-19 on Taiwan, the economy has still taken a severe hit since the start of the pandemic. A second stimulus package was announced by the Executive Yuan last week, to the tune of 210 billion NTD.

The Triple Stimulus Voucher program was launched by the Tsai administration, with vouchers worth 3,000 NT available for purchase at post offices for 1,000 NT. The Tsai administration is looking to stimulate short-term spending by making financial subsidies only available in the form of vouchers that must be spent within a set time period and which cannot be saved for future use. 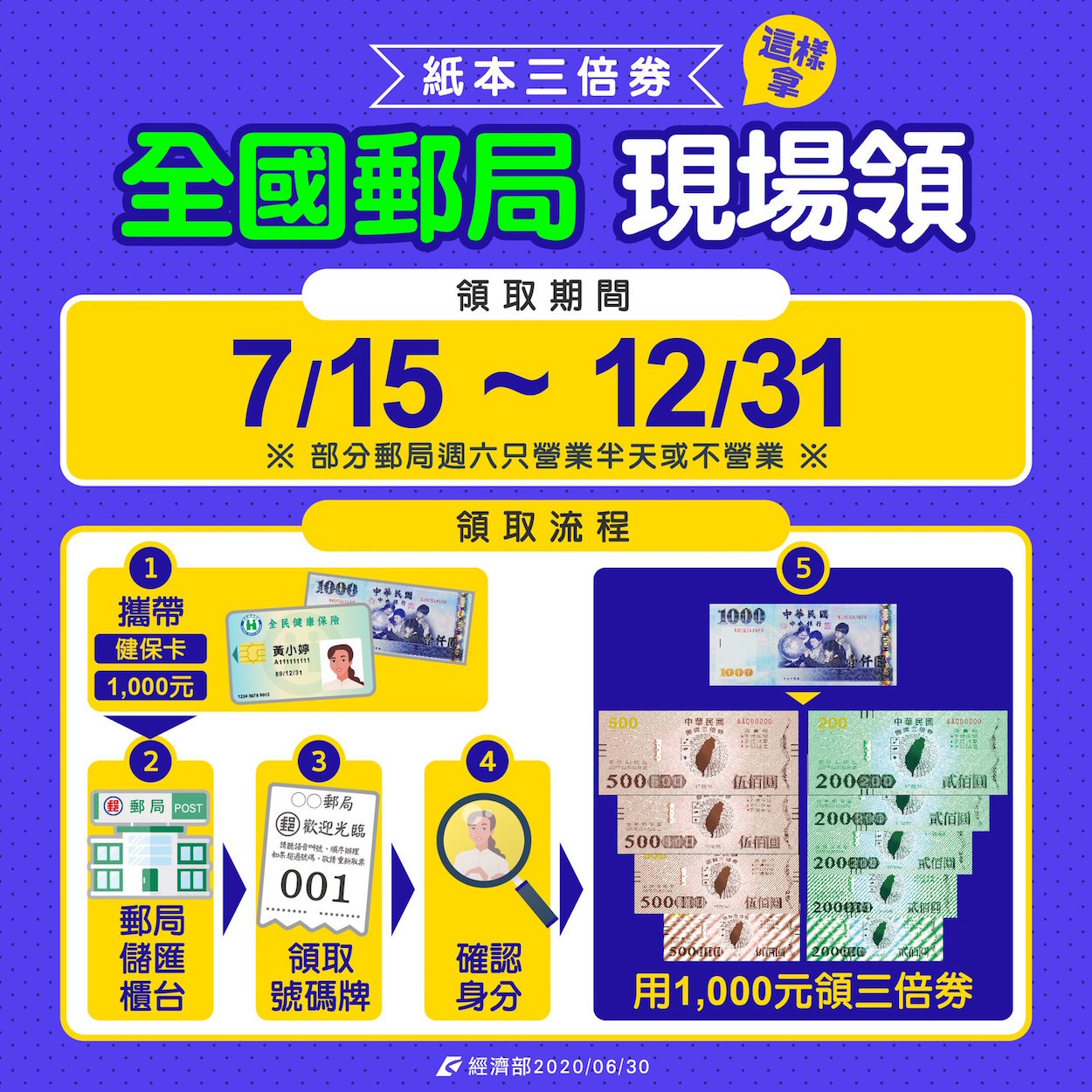 However, the program has seen criticism from individuals that would prefer cash payments or take issue with that individuals who wish to purchase vouchers must line up at post offices to do so, preferring that they simply be mailed out to citizens—though this is likely a measure aimed to ensure that those who go out of their way to purchase stimulus vouchers will actually use them. The KMT has also leveraged on the issue to attack the Tsai administration, though offering similar programs in the past.

Taiwan continues to cope with the COVID-19 pandemic, then. Even if Taiwan has avoided the worst effects of the coronavirus, Taiwan still stands to be affected by the coronavirus because of its global effects.