Protests by Civil Servants, Continued Demonstrations Outside of Police Stations in Hong Kong

DEMONSTRATIONS CONTINUE in Hong Kong, with thousands of civil servants protesting yesterday outside Chater Garden. The demonstration was likely unprecedented, not only in terms of the current demonstrations to date, but in the history of Hong Kong. Organizers claim that 40,000 attended, but that they were originally expecting only 2,000 participants.

Namely, civil servants are usually called on to be politically neutral. As such, while past weeks have seen expressions of support from civil servants, this was usually done anonymously. The demonstration was preceded by 500 civil servants signing a petition calling for accountability for the police violence which has taken place in demonstrations to date, as well as over 100 serving executive officers publicly calling for an independent inquiry into the police violence. 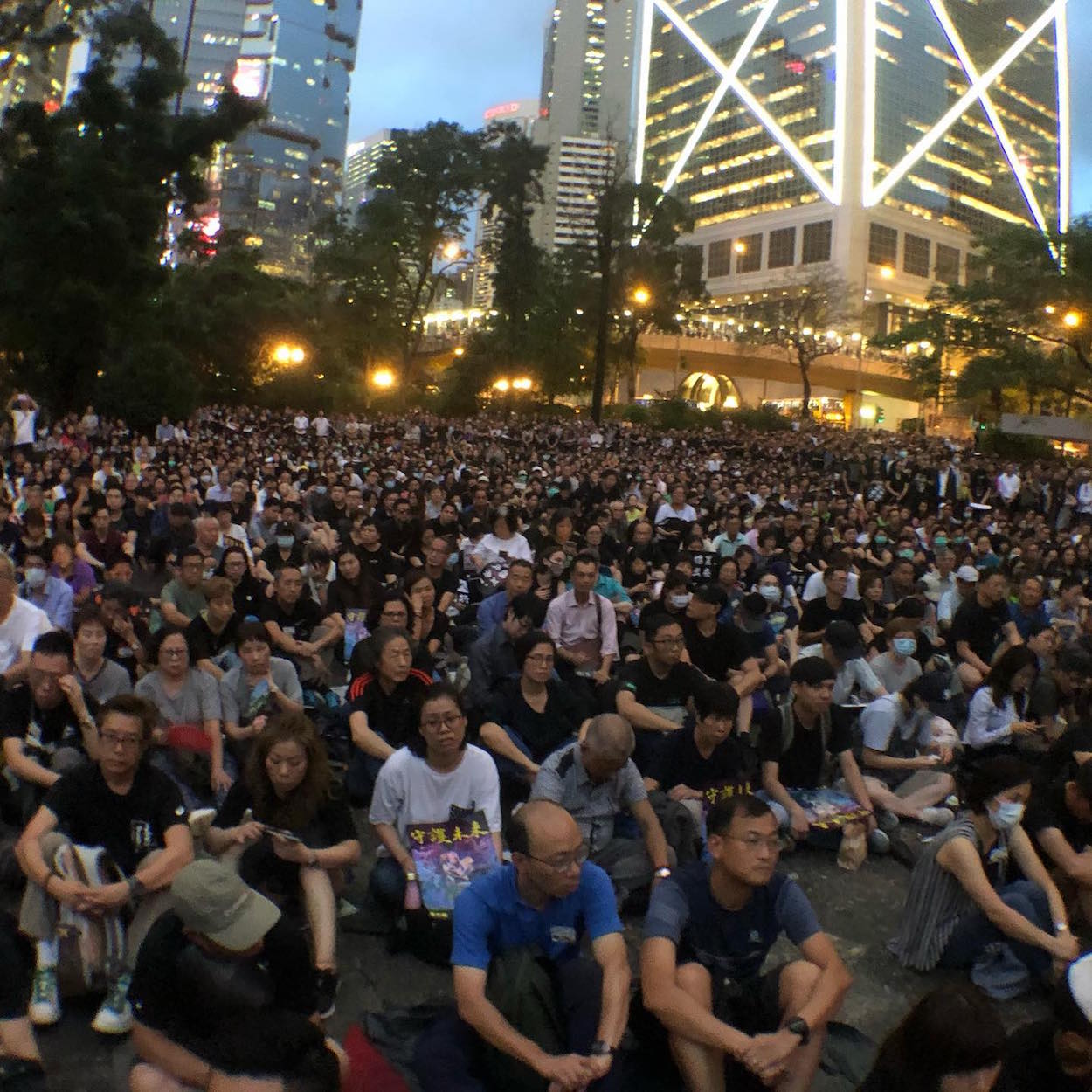 Former Secretary for Civil Service Joseph Wong was also one of those to join the rally. On the other hand, current Secretary for Civil Service Joshua Law would issue a letter beforehand calling on civil servants to continue to adhere to “political neutrality” instead of defying the “core values” of the civil service. Splits are emerging in the Hong Kong government between government leaders and the grassroots-level workers that manage the operations of the state apparatus on a day-to-day basis, then.

Indeed, along with the demonstration by civil servants, one observes a number of growing splits among individuals generally thought of as “elites” in Hong Kong society, with finance workers, medical professionals, and bankers also being among those to demonstrate in recent days.

Doctors staged a rally at Edinburgh Place on Thursday, while finance workers staged a flash mob in Central after work despite rain on Thursday, a move that surprised many, seeing as finance workers previously were not seen as a sector that would participate in pro-democracy demonstrations. However, finance workers may be motivated to action by fears that the imposition of Chinese law on Hong Kong could lead them to be subject to arbitrary arrests, much as has occurred with finance workers in China in the past few years of China’s economic downturn, or that the extradition bill could lead to the finance industry deserting Hong Kong.

It is likely that police violence and triad attacks on demonstrators is what has provoked such fears among elites. But, though splits among elites tend sociologically to be a major factor in provoking shifts in government, it remains to be seen if growing splits among social elites will have any effect on the Hong Kong government or, more importantly, Beijing from afar. The People’s Liberation Army (PLA) garrison in Hong Kong notably broke its silence on Thursday to state that “radical incidents” in Hong Kong could not be tolerated, releasing a video showing PLA troops practicing firing in urban areas. This is the first time that the PLA garrison in Hong Kong has publicly commented on events to date, although the commander of the PLA garrison had previously assured Pentagon officials behind closed doors in early July that it had no plans to deploy in Hong Kong. 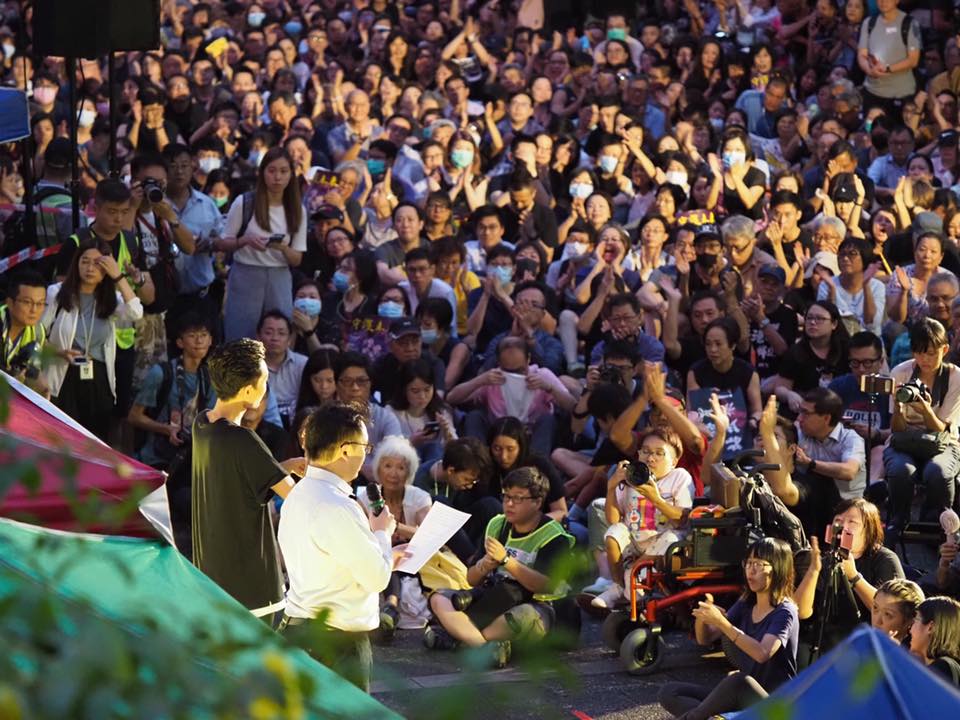 This stance may have changed in the meantime, with the Chinese Ministry of Defense warning late last month that the PLA could be deployed in Hong Kong if requested to by the Hong Kong government, and reports of 190,000 Chinese police drilling in neighboring Guangdong, possibly as a warning for Hong Kong. When China’s Hong Kong and Macau Affairs Office (HKMAO) broke its silence last month to hold a press conference on the situation in Hong Kong, the first press conference of its type since the 1997 Handover, the HKMAO seemed to indicate that the Chinese government would leave the Lam administration to take care of matters, however. Although Chinese billionaire Guo Wengui notably claimed in the past few days that martial law would be imposed in Hong Kong on August 4th, the veracity of these claims seems highly suspect. This has not prevented such claims from being widely reported on nonetheless.

The past week has also seen continual demonstrations outside police stations, sometimes involving clashes with police. This includes hundred gathering outside Ma On Shan police station yesterday, Sha Tin police station on Thursday night, and three rallies which took place simultaneously outside of police stations in Kwai Chung, Sai Wan Ho, and Tin Shui Wai on Tuesday. These demonstrations were, in some cases, spontaneous responses to news of arbitrary arrests of young people, as well as in response to the arrest of 49 demonstrators last Sunday, some of which were charged with “rioting”—a charge that could lead up to ten years in prison.

Particularly outraging has been the arrest of Andy Chan, the convenor of the Hong Kong National Party (HKNP), as well as other young people thought to be connected to the HKNP on charges of possessing bomb-making equipment, with bows and arrows, baseball bats, protective gear for protests including helmets and masks, megaphones, and cannabis-derived substances among what was confiscated.

Demonstrations continue today, with the second major demonstration in Mong Kok to date, demonstrations to take place tomorrow in Island West and Tseung Kwan O, and calls for a general strike on Monday. 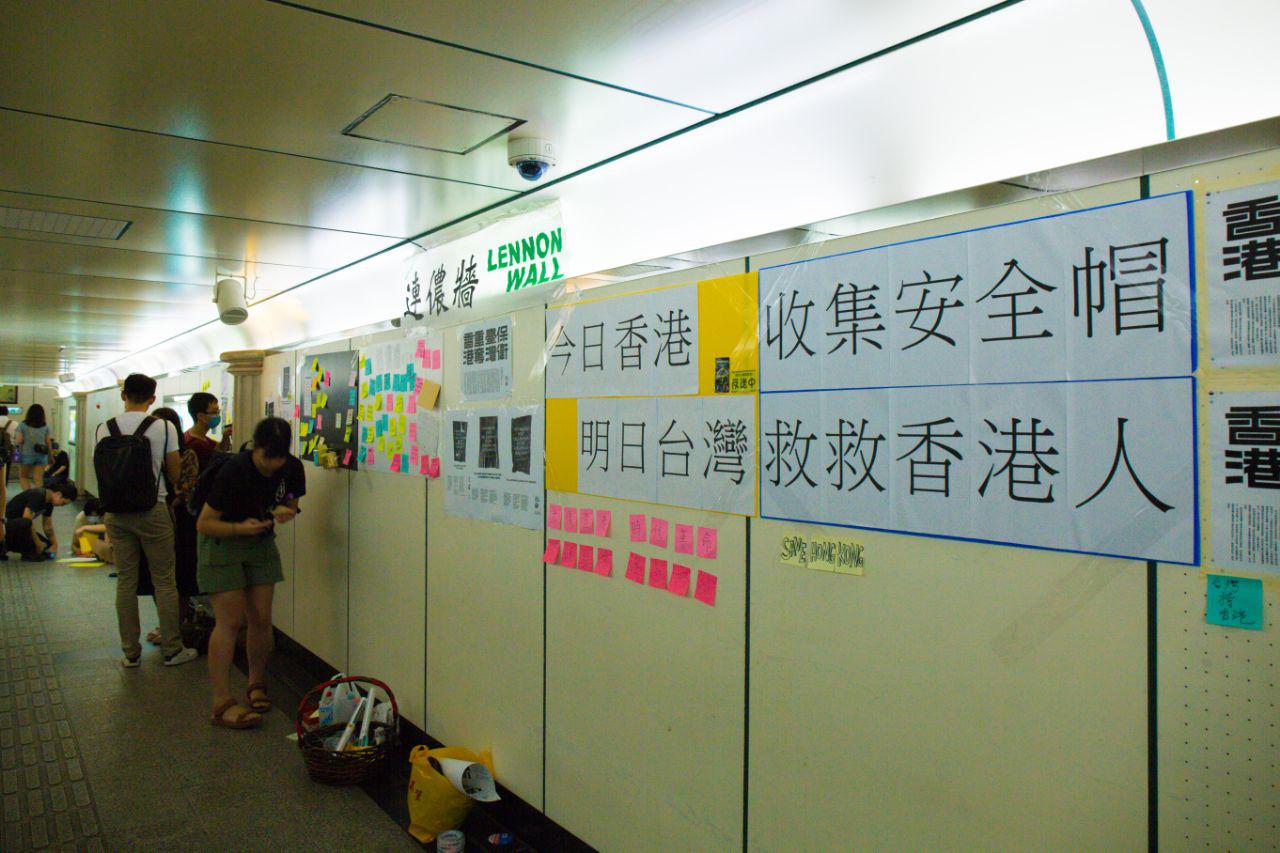 It is probable that, as with the last demonstration in Mong Kok, clashes with police will take place after nightfall, with the march having already spilled over beyond the approved police route. Likewise, despite a previous call for a general strike in June that took root in the absence of any other ideas, it is expected that Monday’s general strike will be many times larger, with the drastic expansion and intensification of protests in the last two months and the fact that June’s general strike was not of sufficient size to ground the activity of all of Hong Kong society to a halt.

Likewise, in Taiwan, several activities to create Lennon Walls are scheduled for this weekend. This included a call to create a Lennon Wall outside of Exit 1 of the Ximen MRT station earlier this afternoon, a Lennon Wall in Changhua, and the creation of a Lennon Wall in a pedestrian tunnel by National Taiwan University earlier this week. Campaigns have also taken place to purchase safety equipment for Hong Kong demonstrators, such as safety helmets, as reports are on the rise that supplies of gas masks and other safety equipment used by demonstrators are dangerously low in Hong Kong.

Protests in Hong Kong show little sign of abating, even as the situation becomes ever more tense. What comes next will likely depend on the outcome of the general strike on Monday.