AS OF LATE December, the outbreak of the African swine fever (ASF) virus in China in provinces such as Fujian, Guangdong, and Zhejiang presents an imminent threat to the Taiwanese pork industry. Though the disease does not affect humans, infections are lethal for pigs and wild hogs, and spreads through the consumption of contaminated raw meat, among other methods.

Taiwan’s past experience with Foot-and-Mouth Disease (FMD) has taught it to respond strongly to such threats. Prior to the outbreak of FMD in 1997, Taiwan’s pork industry was robust, with Japan a primary destination for exports. After the outbreak, Taiwan’s pork industry was decimated, losing an 600 billion NTD (USD $15.152 billion) export market in pork to Japan, though the entire pork industry of Taiwan was valued at around 886 billion NTD at the time. Domestic producers were also put into competition with foreign pork exports as Taiwan began to open up to foreign markets. 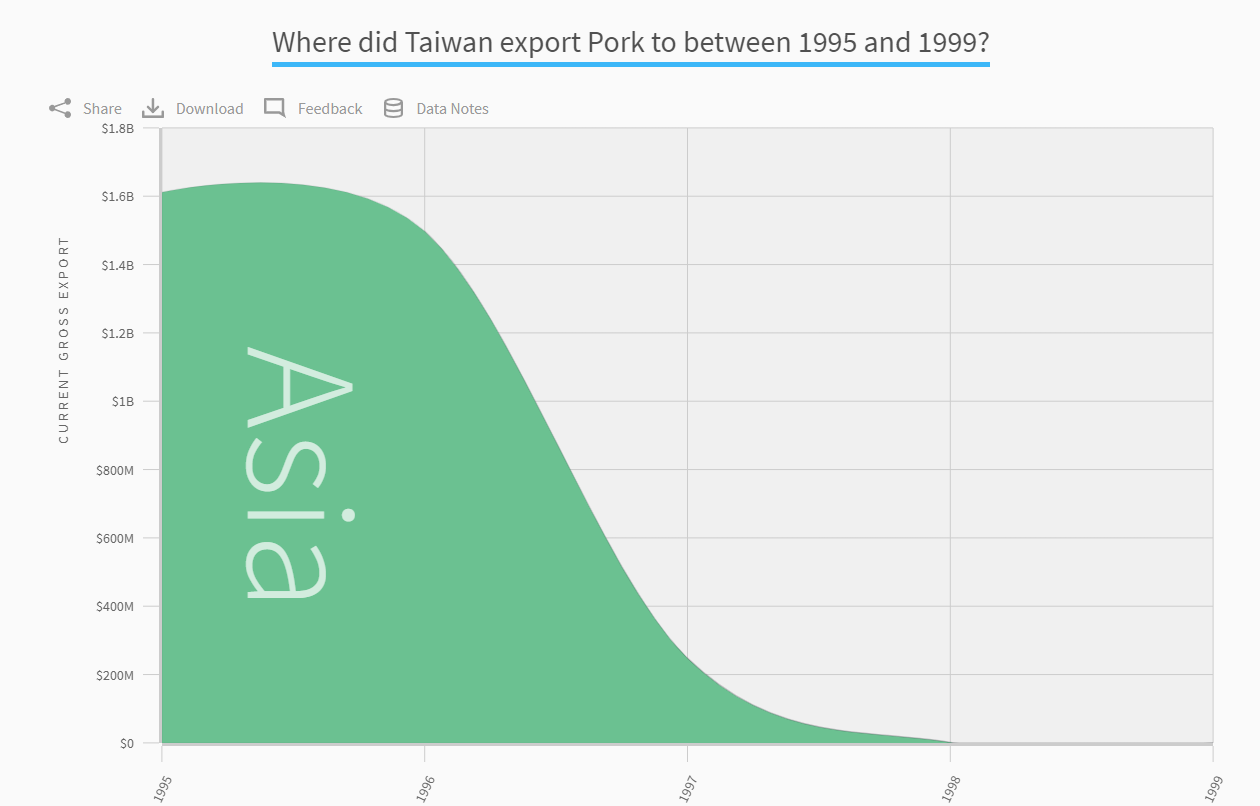 The Taiwanese pork industry was decimated after the Foot-and-Mouth Disease outbreak in 1997. Source: Harvard University Center for International Development

In response to the current outbreak in China, the Taiwanese government has set up stricter regulations, tightened border control, set up a central emergency response center (豬瘟中央災害應變中心), and raised fines. Despite such measures, there are still cases of attempted smuggling of meat products at the border that are tested to be virus-positive. Evidently, lack of coordination between international actors and a culture of food smuggling at the grassroots-level has presented a difficult challenge for the Taiwanese government.

Though China has notified the World Organization for Animal Health (OIE) of the ASF outbreak, it has failed to notify the Taiwanese government in accordance to the Cross-Strait Arrangement on Cooperation of Agricultural Product Quarantine and Inspection (海峽兩岸農產品檢疫檢驗合作協議). In response, President Tsai has urged the Chinese government to complete such legally required formal procedures and called upon the Taiwanese public to help defend Taiwan’s signature eat—braised pork rice (魯肉飯)—by not bringing pork products back to Taiwan from China. Taiwan’s ambiguous political status and its informal relations with China, however, presents a challenge in coordinating against the common threat of the ASF virus outbreak.

China has little incentive to expend resources to protect the Taiwanese economy and has also traditionally leveraged its economic power as sharp power against the Tsai administration. With regards to tourism, for example, the Chinese government has used group travel permit limitations and preferences to cities led by pro-Chinese mayors to influence the Taiwanese electorate.

China’s inaction may partly have the aim of affecting Taiwanese domestic politics. A potential failure to prevent the disease from entering Taiwan by the current DPP administration would result in a public backlash. It would be in China’s interest to unseat DPP president Tsai in favor of a more China-friendly president in the upcoming 2020 presidential election. China’s lack of action would, therefore, be consistent with Chinese interests in weakening the economy of a regional security competitor, as well as advancing aims to eventually take over Taiwan, with minimal economic consequences and resource use. 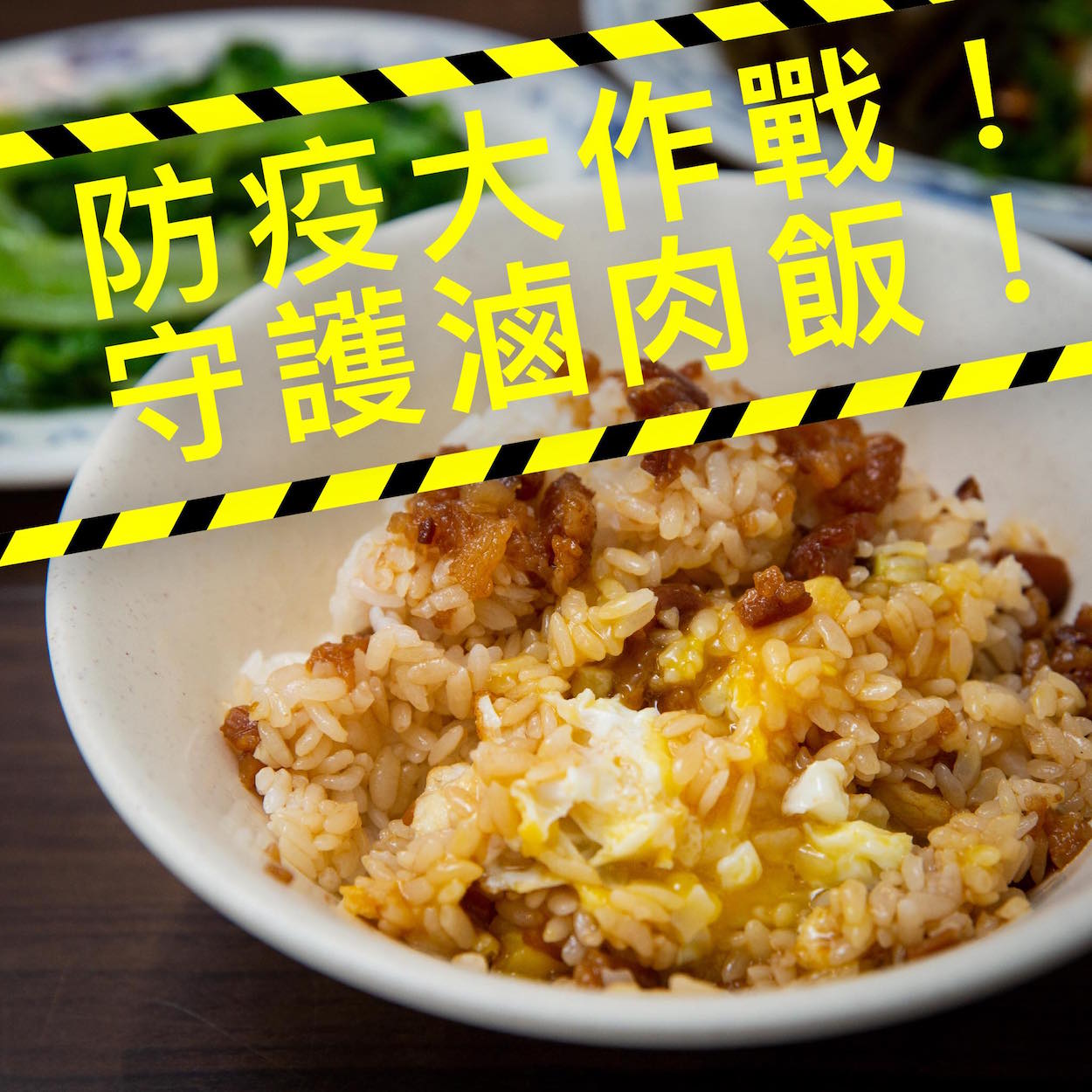 At the grassroots level, the historical lack of enforcement of border security in checking for banned products and the resulting ease of smuggling presents a challenge to the Taiwanese government at the present. Though it has always been illegal to smuggle any agricultural products into Taiwan, the ban on pork has only been recently strictly enforced.

Information has not been released regarding the status of the ASF virus officially by the Chinese government, compared to Taiwan’s active campaign to inform the public. To this end, the Taiwanese government has raised fines to 200,000 NTD (USD $6,500) for first-time offenders, from the previous fine of 50,000 NTD (USD $1,620). As a result of a lack of education and awareness of regulations abroad, simple lack of knowledge has led to smuggling of pork products by Chinese travelers less informed on the recently raised enforcement against smuggling. Many cases of smuggling have also been committed by Taiwanese travelers returning from China, suggesting that the new policies and fines have not provided enough disincentive or have been to date ineffective at changing individual travelers’ decision-making process.

Due to the confirmed presence of viruses in processed meat products such as sausages, it is evident that there is a lack of enforcement and awareness in the Chinese pork industry. This potentially even includes the deliberately processing of diseased pork into Chinese pork products by producers or the hiding diseased pigs amongst healthy ones. The fact that sausage smuggling occurs should not be a shock.

There are even cases of Chinese sausages being sent as unwitting gifts to Taiwan as a part of orders from Chinese online retail Taobao, which, if done intentionally, has the implication of bioterrorism. There has also been a case of raw Chinese pork meat discovered aboard a ship fishing illegally in Taiwanese water, as well as the discovery of a dead pig corpse found on the beach of Yilan (宜蘭), thought to potentially originate from a Chinese vessel.

The high level of business, trade, and travel between the two sides of the Strait makes Taiwan much more susceptible to such threats compared to countries like South Korea and Japan. What makes grassroots-level smuggling a highly dangerous means of ASF entering Taiwan, however, is Taiwan’s system of food waste disposal: food waste is served directly as pig feeds rather than as composts, as in countries like the United States. Pigs raised on food waste consists of around 11.6% of all pigs raised in Taiwan. 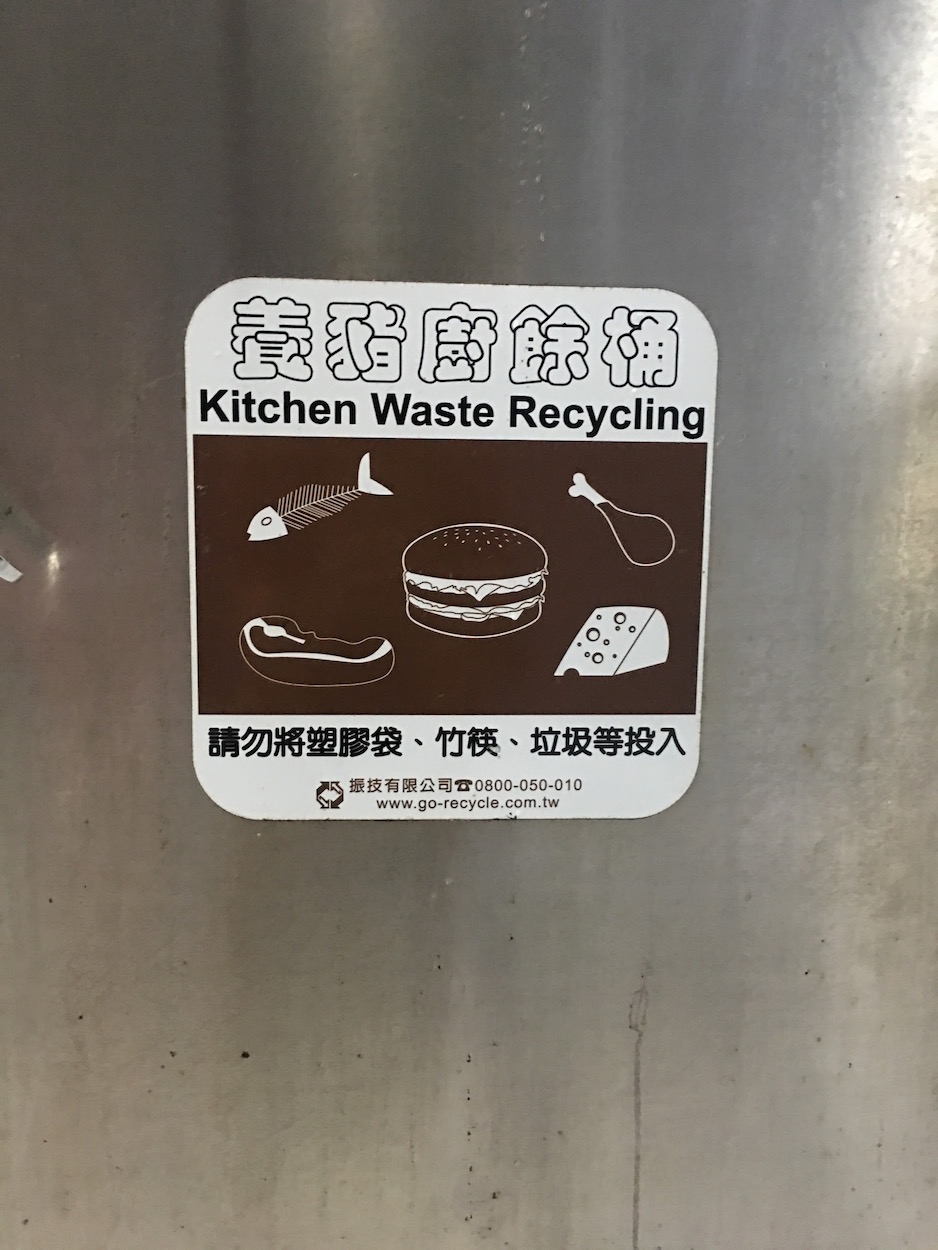 The lack of responsible international communication at the top level of the PRC government, the lack of effective governance and enforcement of rules to protect against the spread of the ASF virus at the middle level for farmers and local authorities, and a lack of knowledge of the seriousness of the outbreak and its implications for Chinese citizens and travelers constitutes a serious threat to the Taiwanese economy.

This threat should be viewed as a threat to national security by the Taiwanese government, given its threat to the Taiwanese pork industry and to the way of life of the Taiwanese people; many of Taiwan’s signature ethnic foods’ use of pork, such as braised pork rice (滷肉飯), intestine vermicelli (大腸麵線), Soup dumplings (小籠包), Pork balls (貢丸), and many more.

Even for China, an ASF outbreak would hurt its economic prospects. If the Taiwanese pork industry is decimated by a potential ASF outbreak, the price of pork will rise as imported pork compensates for a decrease in domestic pork production. What would follow would be a rise in the price of all meat products as substitutes for sources of protein, resulting in costs being borne by Taiwanese consumers. In addition, the price of many of the aforementioned Taiwanese foods would rise, and the status of food like Braised Pork Rice as affordable “coin-food” (銅板美食) may change.

The above factors could lead to a contraction of Taiwan’s economy in combination with economic pressure of the trade war between China and Taiwan, which has already influenced sectors like technological manufacturing. This would likely accelerate the on-going capital flight from China’s market. China, therefore, is at least incentivized by economic factors to prevent the spread of ASF to Taiwan.

It must be kept in mind, however, that the size of China’s economy is massive relative to that of Taiwan. Trade with Taiwan consists of around only 2% of China’s trade account while, in contrast, China accounts for about 25% of Taiwan’s trade. Evidently, China’s economic interest in Taiwan in this aspect likely is overwhelmed by its political intention, and economic-based cooperation on ASF between China and Taiwan is unlikely as a result. 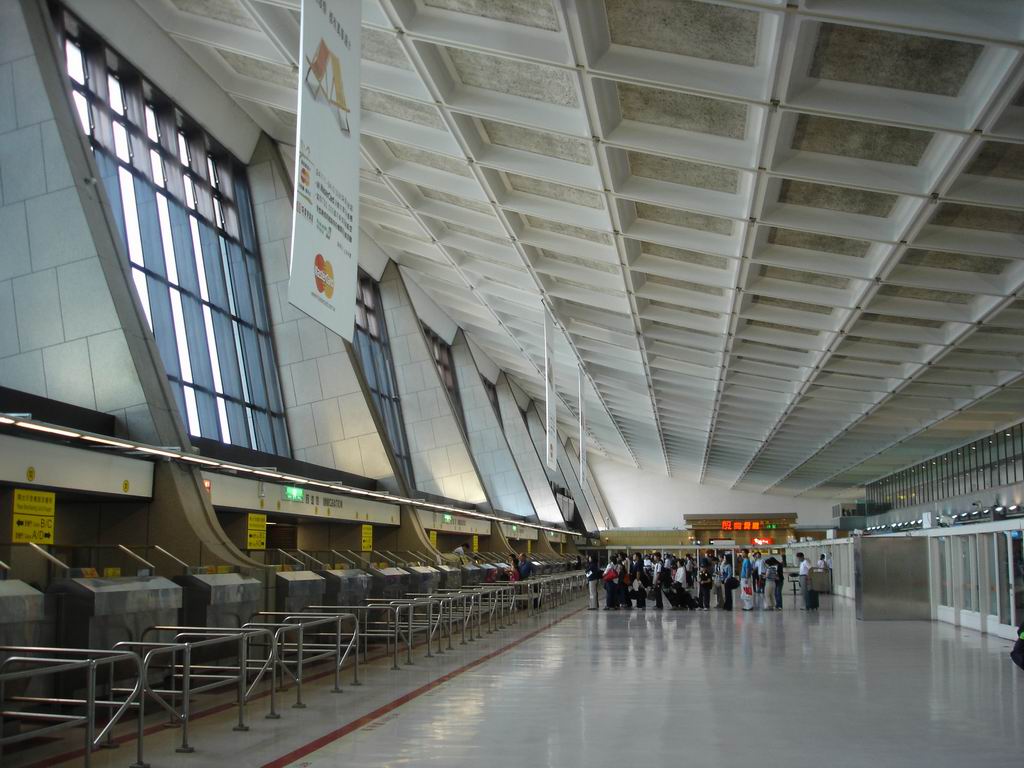 The Taiwanese government should, therefore, take a more active position vis-a-vis China and point out China’s lack of faith and effort in communicating the status of the outbreak as a violation of international norms and treaties. Taiwan should instead cooperate with countries such as South Korea and Japan, which like Taiwan experienced FMD outbreaks less than a decade ago, in calling for accountability from the Chinese government. Taiwan should leverage its historical reputation for high-quality pork exports to Japan in order to join forces to combat a problem Japan, too, is at risk of facing.

For the Taiwanese government, the cultural aspect of the issue should be particularly emphasized in order to combat the current economic threat. The campaign to “defend braised pork rice (防衛滷肉飯)” has been effective in rallying the public across the political spectrum in defense of a food central to the Taiwanese culture. Yet to resolve the issue on a deeper level and to prevent future need for heavy investment of resources in controlling borders and customs inspection, Taiwan’s government must also attempt to address the gift-gifting and gift-smuggling culture as it contributes to food smuggling.

The Taiwanese government should emphasize food safety and health to raise awareness of ASF and dispel misinformation regarding it and other animal flu. The Taiwanese government can utilize the affiliated clinics and hospitals of its well-established single-payer healthcare system (NHI, 全民健康保險) as methods to disseminate information on ASF and any future information on such diseases, even if they do not directly affect humans and are not technically under the jurisdiction of the NHI. The political divide in Taiwan on topics relating to China has manifested into a general skepticism of politicians as an authority given Taiwan’s authoritarian past. But in response, the Taiwanese government should organize nonpartisan, professional authorities of the medical community in Taiwan as an effective way to educate across a wide spectrum of the public on these global pandemic issues through its highly centralized healthcare system.