Observations from the November 24th LGBTQ Referenda in Taiwan

by Wen Liu and Brian Hioe

IN MAY 2017, LGBTQ groups in Taiwan were celebrating the historic ruling of the Council of Grand Justices, Taiwan’s highest court, in favor of legalizing same-sex marriage. On November 24, five national referendum results show overwhelming opposition against the legalization of same-sex marriage and gender equality education in grade school that would include LGBTQ issues. Heated conversations are happening all over different media platforms on the results, by analyzing the vote. This event has made international media coverage. 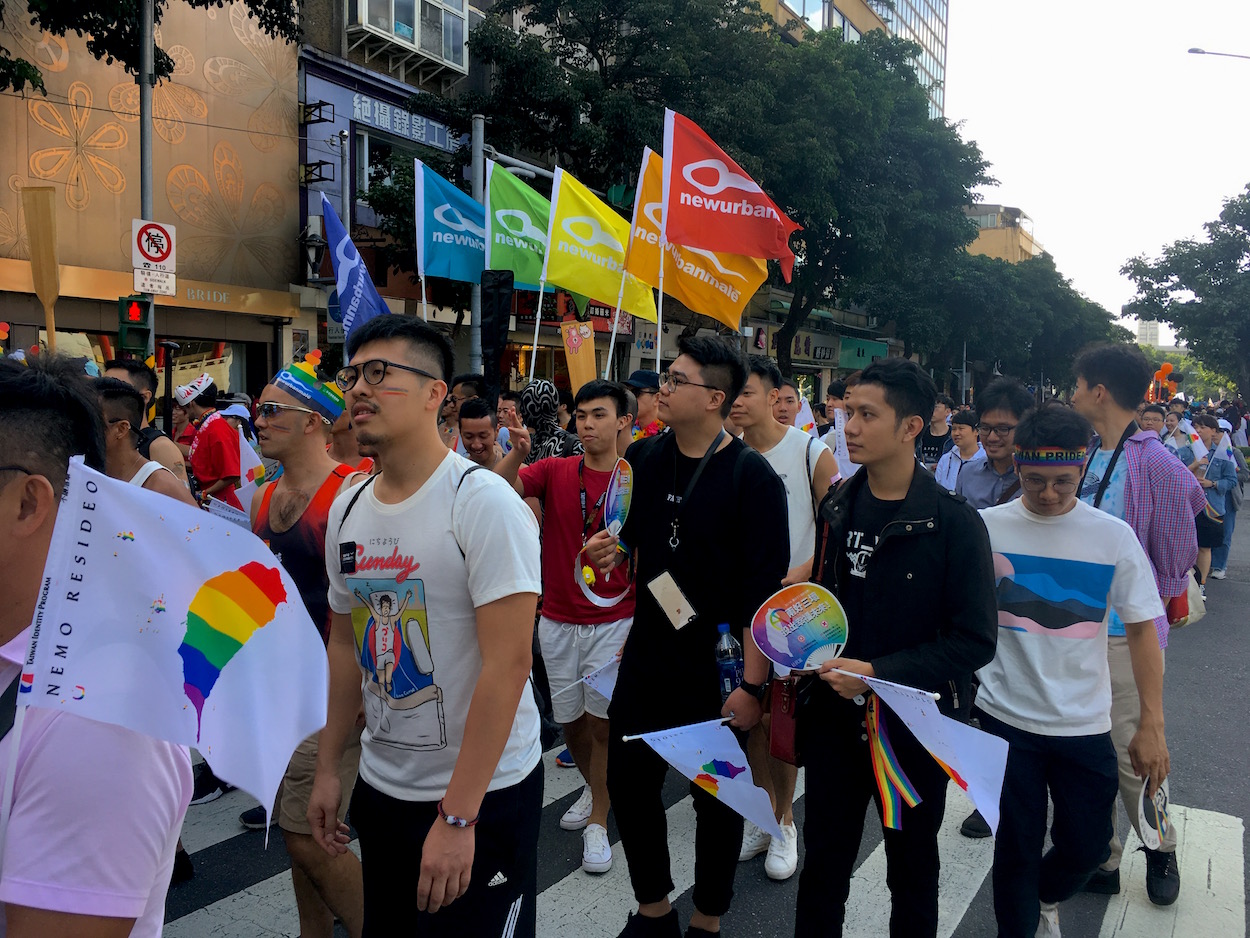 While there are many questions that remain to be answered through a more detailed analysis of the voting data, we are here writing as activists to reflect on the movement, offering some observations on how we may want to move forward from here on issues as the international representations of the Taiwanese LGBTQ movement, the leverage of the May 2017 court ruling, referenda versus minority rights, media exposure, and the problem with electoral politics particular to the pan-Green and pan-Blue dynamics in Taiwan.

1. The Problem with the Western Discourse of the “First in Asia”

DESPITE  WESTERN media outlets’ frequent claims that Taiwan will be the “first in Asia” to legalize same-sex marriage, the referendum results show massive resistance backed up by the Christian right’s abundant financial funds and purposely inaccurate information about LGBTQ communities and gender equity education.

It is probable that this gay-friendly image of Taiwan in Western media has provoked a sense of crisis in the Christian right internationally. This led to reportedly millions of USD coming into Taiwan from American Christian right groups and domestic mobilizations. As it has been widely reported, one of the founders of HTC, Cher Wang, backed the anti-LGBTQ campaigns in Taiwan with close to 30 million USD. Foundations owned by Wang are intimately tied to the anti-LGBTQ Evangelical organization, The International House of Prayers (IHOP), from the US.

In the future, the LGBTQ movement needs to develop strategies to cope with what may be a permanent disadvantage of being outgunned in terms of financial resources. It is not impossible that abundant financial resources will continue to come into the Taiwanese anti-gay movement from both within Taiwan and internationally.

2. Whither the Constitutional Court Ruling?

THERE IS STILL the court ruling from May 2017 that favors same-sex marriage for activists to use as legal leverage. However, on November 29, the Executive Yuan and Legislative Yuan both announced that they will be continuing by drafting civil partnership laws without changing the marriage-related parts of the Civil Code. A portion of the Christian right, in the meantime, is seeking to block the civil partnership entirely after the referendum vote, which could lead to further legal contestation in the Council of Grand Justices again—except that in the changed environment after the referenda, this may influence how the Council of Grand Justices rules in the future.

It is possible that civil partnership laws will lack some rights that heterosexual married couples currently enjoy. This could likely happen with parenting rights. As shown in the referendum question against LGBTQ-friendly gender equality education, with the view taken by Christian groups that this contributes to the spread of homosexuality, Christian groups have a fear of homosexuality spreading to children, and they may fear that gay couples raising children could spread homosexuality to their children. While they have not yet voiced such a demand, they could be not articulating this demand openly at present as a strategic end, in order to look reasonable and as though they actually have the best interests of the LGBTQ community in mind. 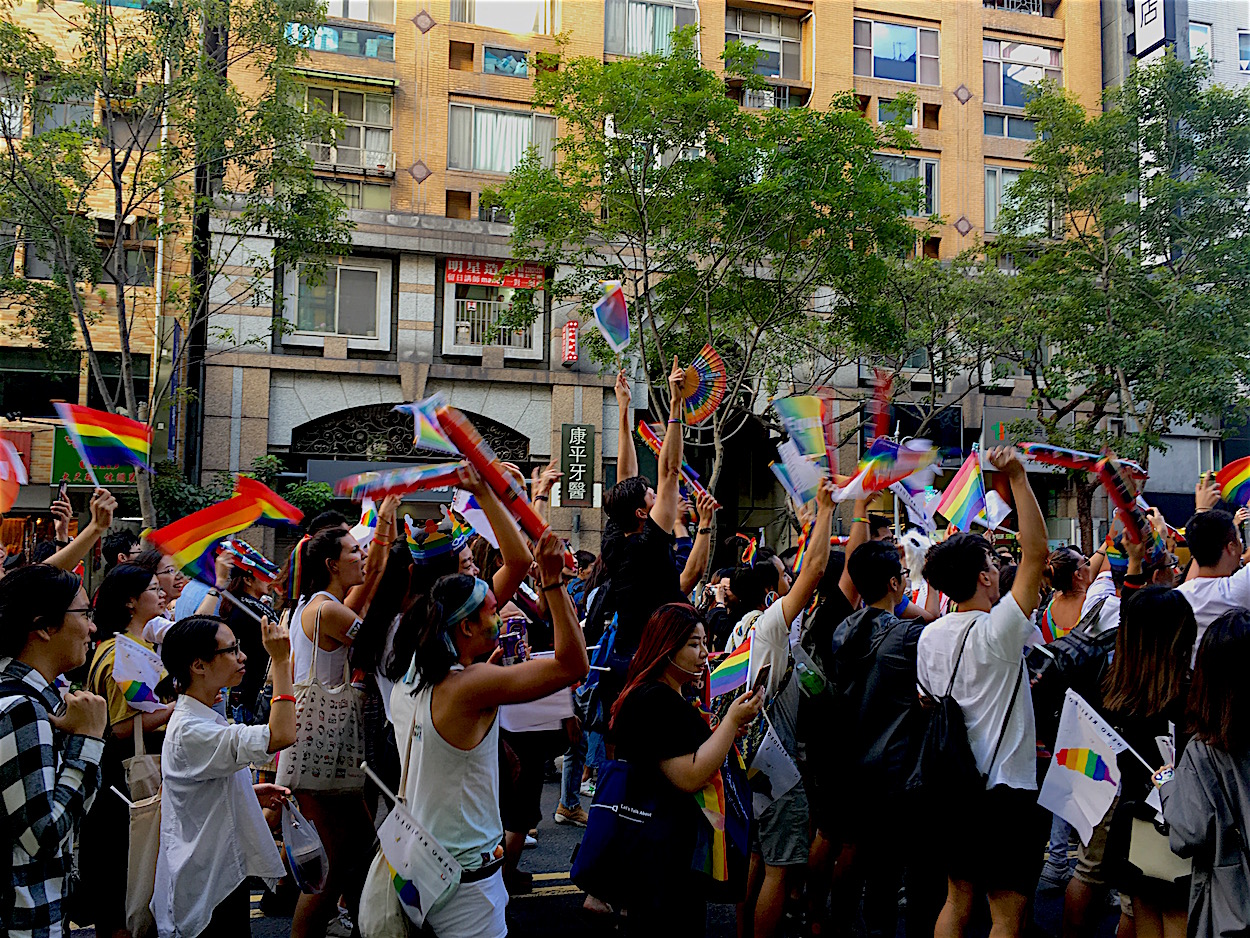 Either way, votes against LGBTQ education have placed queer youth in an even more vulnerable position, given the existing high rates of bullying and suicide. This is already too little, too late.

3. Referendum: An Urgent Yet Reactive Response to a Rising Anti-LGBTQ Crisis

THE MARRIAGE equality and LGBTQ education referenda were a reactive response to the anti-LGBTQ referenda initiated by the Christian right coalition. Debates of whether a minority’s right should be addressed by referenda took place among LGBTQ activists in Taiwan, but the push for referenda with wording more favorable to gay marriage and LGBTQ-friendly education later were executed within a short time frame, as well as with very limited funding compared to the Christian right coalition. Prior to the proposal of the anti-LGBTQ referenda, the LGBTQ coalition consistently utilized discourses of minority rights to seek state protection, knowing that same-sex marriage may not be able to win popular votes nationwide.

Notably, Christian right groups have primarily sought to leverage on social fears regarding the possible consequences of gay marriage. This has included claims, such as that Taiwan will become an “island of AIDS” if gay marriage is passed and that the national health system will be bankrupted because of gay people from across the world flocking to Taiwan to take advantage of the national healthcare system. However, Christian groups have notably also learned to articulate their views in ways which sound reasonable and rational to everyday members of society. There has been a visible learning curve since 2013, when Christian groups first began to vocally oppose gay marriage as a political formation. The LGBTQ movement may also need to rapidly develop new strategies—Christian groups may have been quicker to adapt than the LGBTQ movement to date.

Additionally, procedural justice cannot trump material inequality. While it a positive that Taiwan’s democratic system allows civil society to initiate referendum votes on any topic, by not considering the social and economic marginalization of minority groups, the LGBTQ communities are taking a big hit through lack of caution and an ambiguous stance on the issues of the state.

GIVEN THE results of the referendum, in which over 7 million voted against gay marriage, but only ten million participated in the referendum voting—around 43% of the total population—this either means that the majority of Taiwanese does not support gay marriage or that enough of the public was not mobilized about the issue to vote for gay marriage.

Much discussion now has turned towards the question of how to break out of the “echo chambers” of one’s peers. Seemingly different realities exist on different forms of social media, such as Facebook, mostly used by young people, versus Line, used by the older generation. Different information about the referendum and about the effects of gay marriage circulated on these two platforms. This is also true more broadly of differences between how Internet-based platforms, television, and newspaper covered the issue. Newspapers and television, including the Liberty Times and Formosa Television, are thought to have not covered gay marriage-related issues because of Christian anti-gay groups advertising in these publications, despite their usual progressive leaning on issues of Taiwanese sovereignty and opposition to nuclear energy.

THE LANDSLIDE victory of the right-leaning, pro-unification, mostly anti-gay, and pro-nuclear KMT was contributed to by a combination of factors, including Beijing’s meddling in the local elections and continuous threats to Taiwanese civil society, the ongoing economic recession under Tsai’s DPP leadership and its inability to resolve it, and pension reform that the Tsai administration pushed for which affected veterans, government officials, and public teachers who had previously benefited tremendously under KMT’s rule. 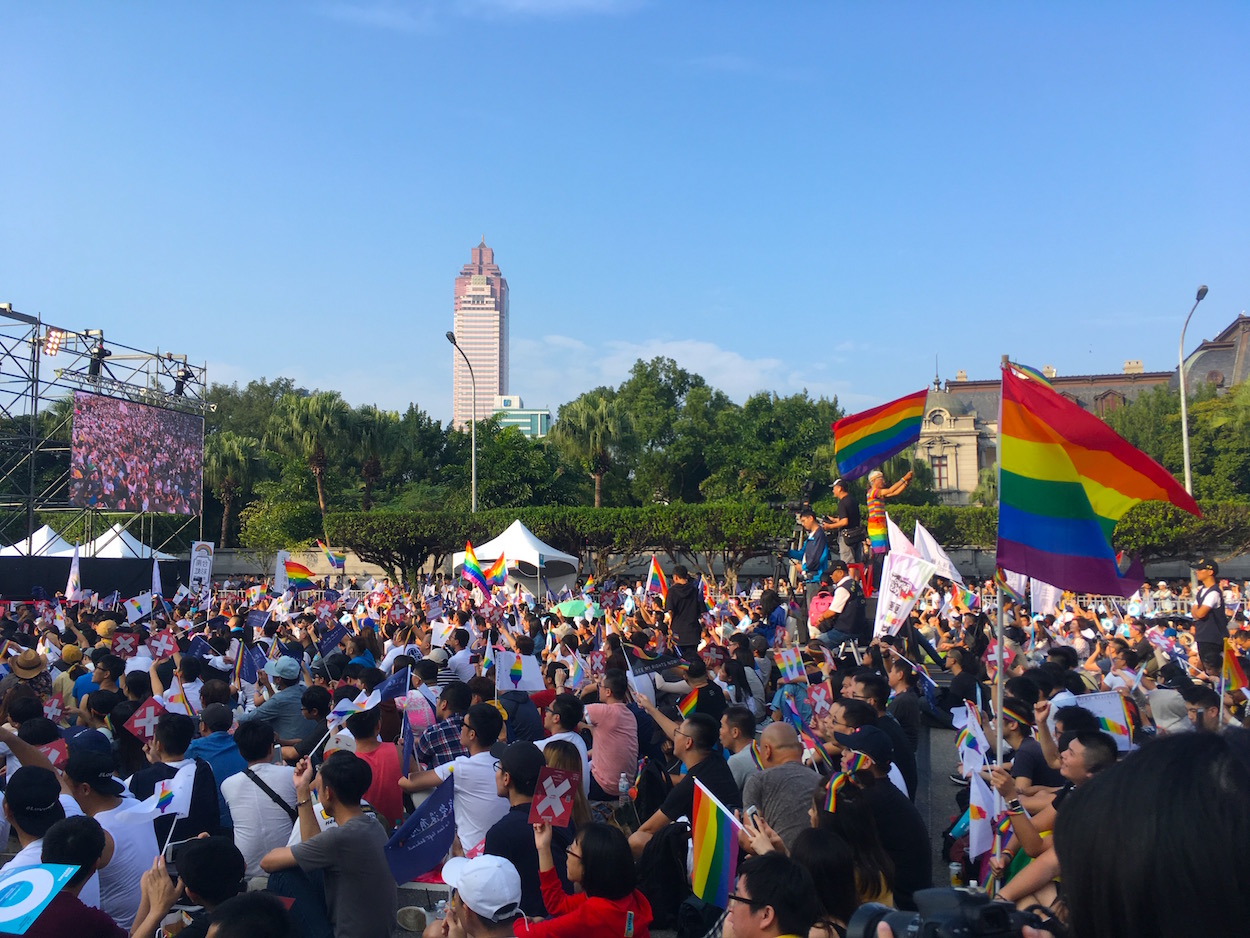 The issues of LGBTQ rights in Taiwan cannot be completely separated from the country’s pan-Blue and pan-Green party dynamics. This also becomes a major contradiction within the LGBTQ movement itself—should activists side with a particular party or try to move beyond binary party politics? Sadly, the two major parties in Taiwan tend to see LGBTQ issues as a drawback to their securing of the popular votes and would be willing to sacrifice such issues when they become too inconvenient.

However, by not siding with a particular party, LGBTQ groups also face barriers of insufficient funding and media exposure or being accused by its pan-Green supporters as not taking a firm stance against the strongly anti-gay KMT. Can the LGBTQ movement—which, at present in Taiwan, ultimately takes the form of identity politics—transcend this contradiction and form new alliances? As we know from the LGBTQ movement in the US, it has mostly sided with the Democratic Party since the late 1980s, yet has also experienced major betrayals, particularly under Bill Clinton’s administration. How does the movement form a strategic alliance with some parties while retaining a critical distance from them? These may be the hardest question we all have to answer in this continuous struggle in the current political conditions in Taiwan.

It’s important to note that the nature of LGBTQ movement itself is ideologically heterogeneous, as a coalition based on a sexual minority. Yet as with any identity-based mobilization, the temporal coalition that is formed under is a reactive response to a crisis, and it is likely to be split on different ideological issues at a certain point, such as being pro-business vs. pro-worker or pro-unification vs. pro-independence. Rather than seeing this development as a “crisis” or “division” of the LGBTQ movement, we may as well understand it as an advancement of the current struggle and take it as a political opportunity to build new alliances and strategies in response to the next phase of the struggle.