AUGUST WOULD be a key period for several referendum pushes in Taiwan at present. Both the Formosa Alliance’s push to achieve a referendum on Taiwan participating in the 2020 Tokyo Olympics under the name “Taiwan” instead of “Chinese Taipei” and an alliance of anti-gay groups hoping to hold a referendum against gay marriage and sexual education they see as encouraging homosexuality aim to reach 280,000 signatures by the end of the month.

It not surprising that the two issues have become linked among progressive civil society activists in Taiwan, with progressive civil society activists mostly supporting the referendum on Taiwan’s participation in the 2020 Tokyo Olympics while calling on the public to oppose the anti-gay marriage referendum. If both referendums pass, activists will probably mobilize in favor of the referendum on the 2020 Tokyo Olympics while demonstrating against the anti-gay marriage and anti-sexual education referendum. 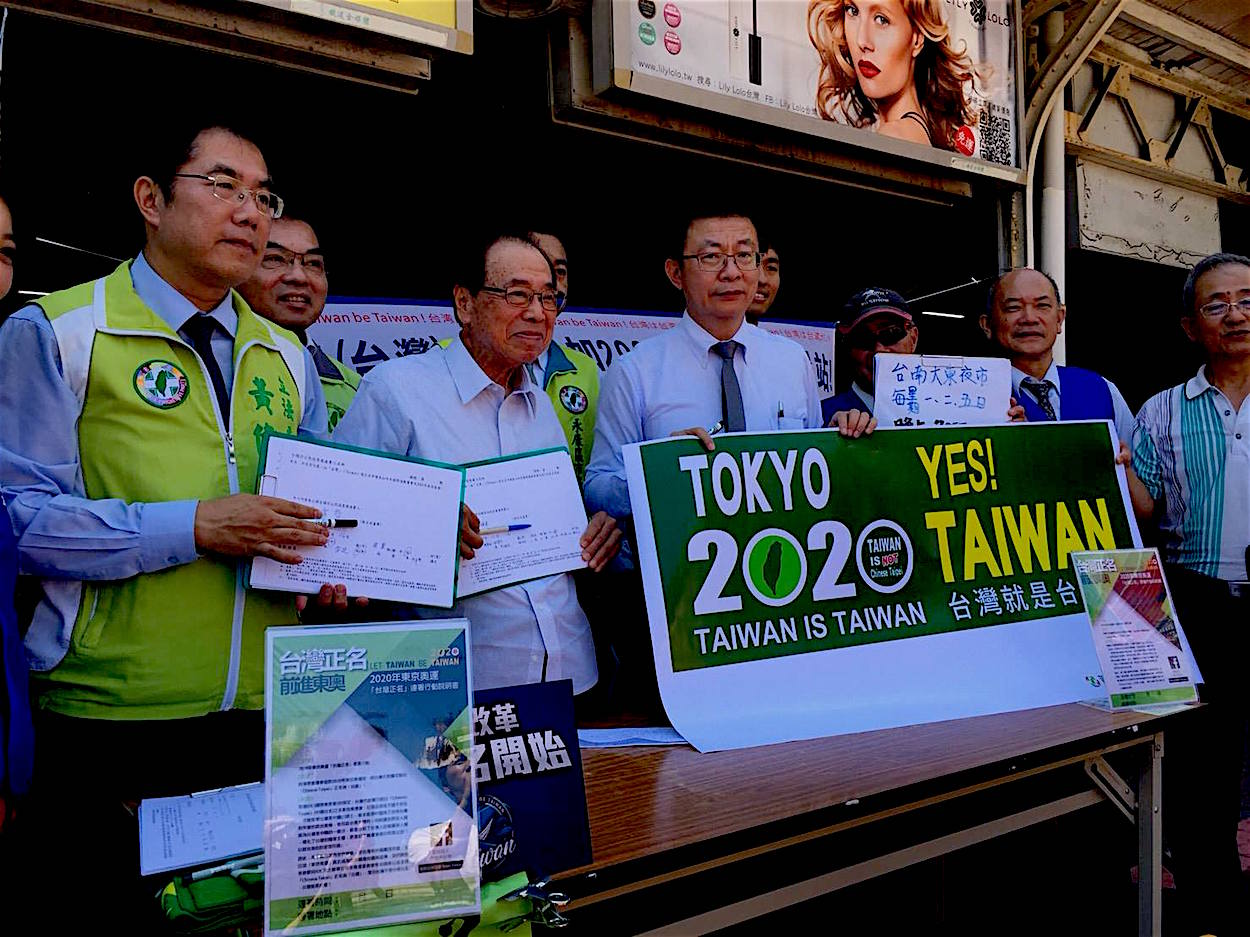 Press conference for the referendum campaign for Taiwan’s to participate in the 2020 Olympics under the name Taiwan. Photo credit: 進擊的台灣隊 – Team Taiwan/Facebook

Unfortunately, it seems that despite the fact that progressive Taiwanese civil society advocates have traditionally been those most strongly in favor of referendum reform in Taiwan to lower the benchmarks needed for a referendum, Taiwanese society may not be moving in the direction that activists hope for. The referendum on Taiwan’s participation in the 2020 Tokyo Olympics currently has around 80,000 signatures while the anti-gay marriage referendum currently has 200,000.

In particular, something which is increasingly clear is that referendum has become another arena in which progressive activists find themselves outgunned by conservative political opponents with superior resources. This is something which had already been true for decades in both legislative and presidential elections, given the vast party assets held by the KMT. 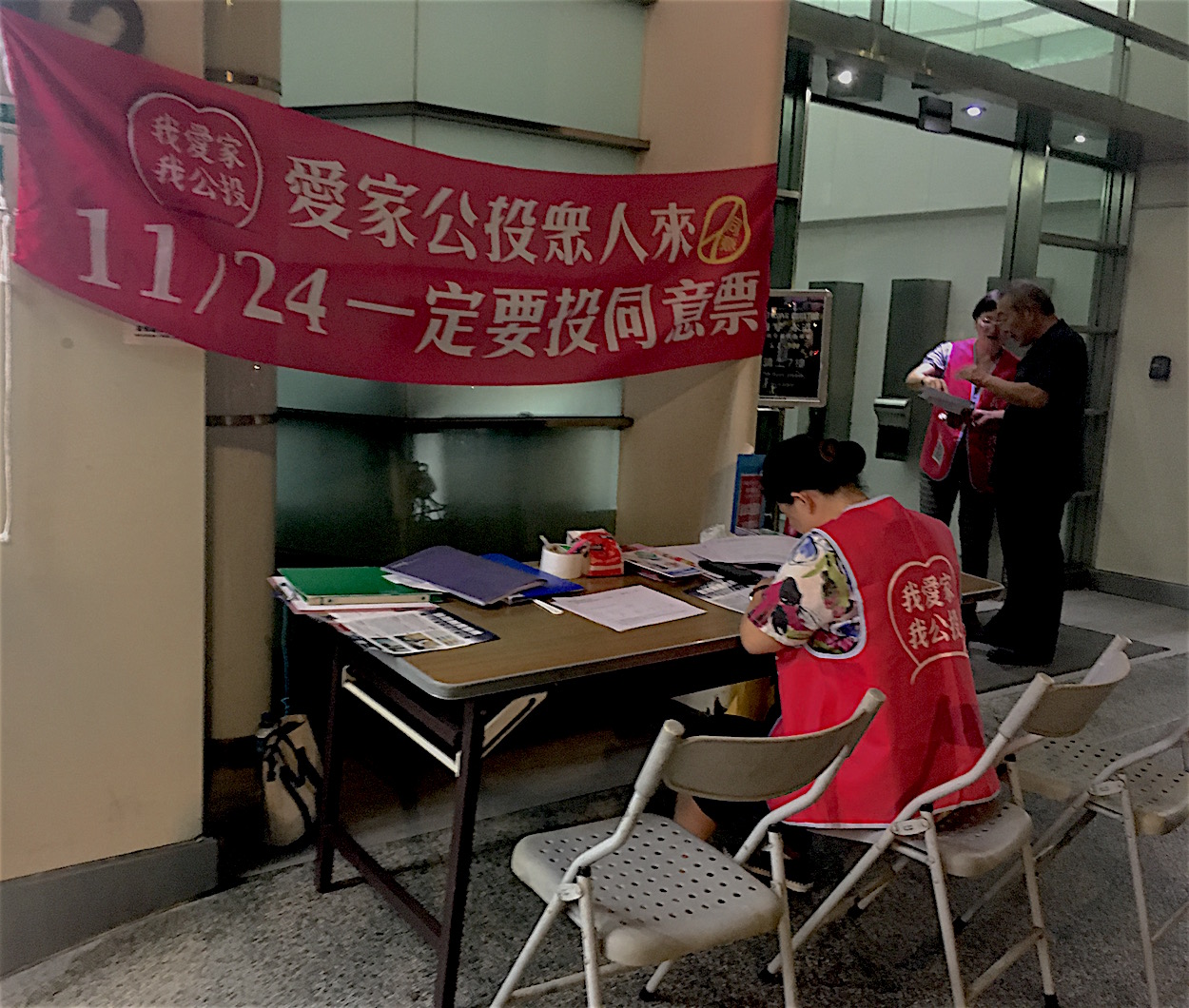 For example, something which has become quite evident is that anti-gay groups are able to mobilize superior numbers to campaign. This is not necessarily because have more social support, but because they are able to hire more staff or use their superior resources to mobilize volunteers more effectively. Anti-gay groups that tried to recall NPP legislator Huang Kuo-Chang were busing in volunteers en masse from wealthy Taipei districts such as Daan and Xinyi to Huang’s constituency of Xizhi in New Taipei City who were not actually residents of the area, for example. This took place despite the distance between downtown Taipei and Xizhi.

According an investigative report by Commonwealth Magazine on the issue, the Greater Taipei Stability Power Alliance mobilized 4,000 volunteers during the recall campaign, with 50 volunteers mobilizing on the streets every day to conduct 2 or 3 canvassing sweeps of the streets per day and 1,500 during holidays, and over 35,000 phone calls made during this time. Over a dozen speaker trucks from anti-gay groups were seen daily by New Taipei 12 residents, and banners and placards were also posted throughout the district. Of the church groups that mobilized, a number were not actually from New Taipei 12, such as mobilization by the Xinyi-based Truth Lutheran Church and several other Xinyi church groups. Church groups, which are a major force behind anti-gay groups such as the Greater Taipei Stability Power Alliance and Protect the Family Alliance, clearly have a great deal of resources at their disposal.

On the other hand, the New Power Party, which demonstrated much fewer resources than anti-gay groups, was only able to conduct 4 to 5 canvassing sweeps of the streets weekly, versus the ability of the Greater Stability Power Alliance to mobilize daily—this despite that the New Power Party is currently Taiwan’s third largest political party by representation in the Legislative Yuan. Similarly, one notes that the organization currently leading the drive in support of marriage equality, Equal Love Taiwan, very quickly became Taiwan’s largest LGBTQ organization, but even then, Equal Love Taiwan has only around five full-time staff.

For similar reasons, this may also be why the grassroots effort to push for Taiwan’s participation in the 2020 Tokyo Olympics as “Taiwan” has also been an uphill struggle. After all, the wealthy tend to be reluctant to donate to such campaigns because of business interests in China, and the groups pushing for referendum are primarily civil society groups that are not part of the current Tsai administration, which may not wish to rock the boat too much on cross-strait issues. 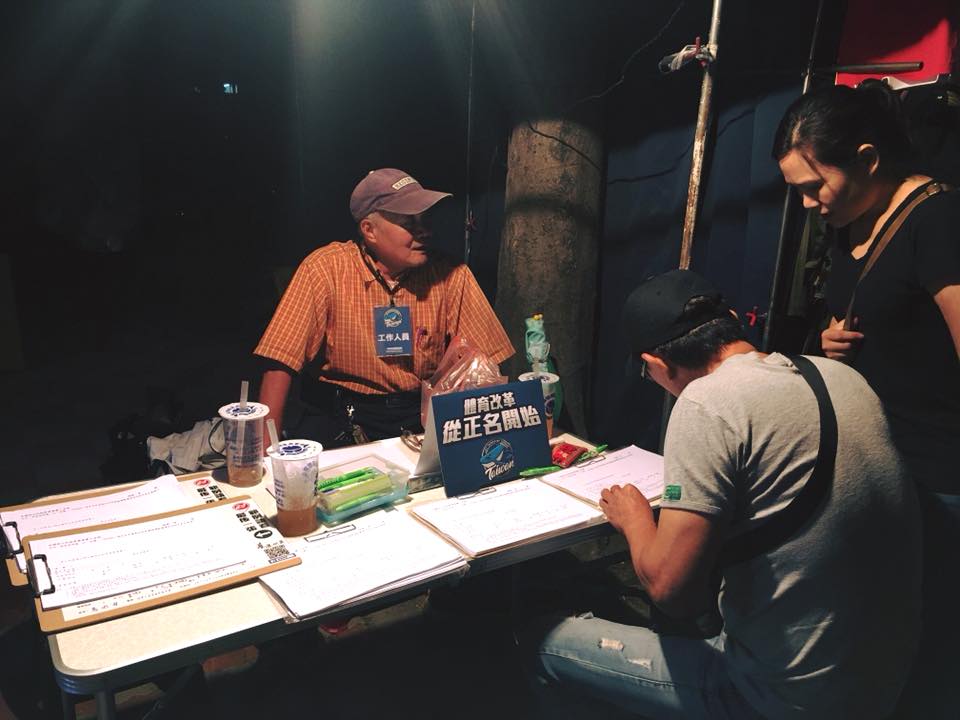 The referendum campaign for Taiwan’s participation in the 2020 Olympics may meet future challenges, since it could be ruled unconstitutional. Changes to the Referendum Act last December forbade having a referendum on Taiwan’s national status, constitution, or its name. Taiwanese independence activists have pushed for referendum as a way to settle long-standing questions regarding independence/unification for decades, but a standing government might find this inconvenient.

Similarly, Japan may not actually take kindly to referendum efforts down the line. While Japan and Taiwan have good diplomatic relations and Japan has positioned itself alongside Taiwan to counter Chinese threats at times, Japan notably abstained from voting against Taiwan being stripped of its rights to hold the East Asian Youth Games—a sporting event affiliated with the Olympics—as a result of Chinese pressure. Furthermore, one notes that Japan hopes to look good on the world stage during the 2020 Tokyo Olympics and it may not welcome disruption by Taiwan.

The present would be a fraught time for the future of referendums in Taiwan, then. The ultimate result of both referendum pushes remains to be seen.