News of sexual harassment within the Legislative Yuan broke due to increased international attention to sexual harassment following the start of the #MeToo campaign that began to spread virally on the Internet starting from October 2017. The campaign called on women to post the hashtag #MeToo on social media if they had been sexually harassed at some point in their lives, as well as to sometimes post their stories. The campaign began in the wake of sexual abuse allegations against influential film producer Harvey Weinstein, one of the co-founders of Miramax, and the revelation that decades of silence in Hollywood had allowed Weinstein to continue sexually harassing women. 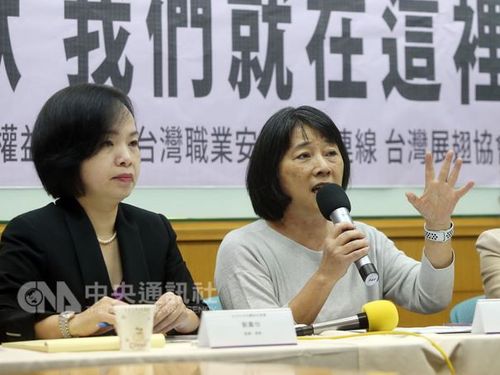 Press conference held for the launching of the hotline. Photo credit: CNA

As such, women’s groups in Taiwan have also sought to embrace the #MeToo campaign. Women’s groups including the Taipei Association for the Promotion of Women’s Rights, End Child Prostitution in Asian Tourism, the Taiwan Occupational Safety and Health Link, and Taiwan Women’s Link would launch a new hotline to provide consultation and advice for cases of sexual harassment on March 15th.

But something that would emerge from the press conference announcing the new hotline is that it was cited by participants in the press conference that cases of sexual harassment had even taken place in the Legislative Yuan. This was specifically stated by Huang Yizhen, executive director of the Taiwan Occupational Safety and Health Link, who stated that she was in contact with four victims.

Subsequent investigation led to a a frontpage report in the Liberty Times regarding cases of sexual harassment committed by “H.” for over ten years. This includes cases of “H.” inappropriately touching women, placing his face very close theirs, close enough to almost kiss them, and other forms of inappropriate behavior. H’s behavior was traumatizing enough for victims that one of “H”’s co-workers subsequently began would have to head to the bathroom to cry every time she spoke with “H.”

Female victims in such circles, then, are pressured into not speaking out for the sake of their future careers or may feel too intimidated to do so, particularly if this means that they may face reprisal from powerful men, or stigma from their peers in making such allegations. Sometimes women are, for example, told to be quiet by their peers for the sake of the greater good, in claiming that if they make sexual abuse allegations public, this will reflect badly on the sake of, say, a organization, company, or political party. This appears to be the case, for example, with the Hsia Ling-Ching controversy in Fu Jen Catholic University involving a famous professor known for her feminist views reportedly urging a student not to come forward with sexual assault allegations because this would reflect badly on the school.

Perhaps this was the case with regards to sexual harassment in the Legislative Yuan, too. Given the sharp divides between the pan-Green and pan-Blue camp in Taiwan due to their conflicting views Taiwan’s future vis-a-vis Chinese claims over Taiwan, it is an problem in Taiwan that sexual abusers are sometimes uncritically defended by members of their own political camp because they perceive it to be more important to combat the other camp. Elderly “dinosaur judges” appointed under KMT administrations thus sometimes give light penalties to perpetrators of sexual assault, particularly when they hail from the pan-Blue camp. 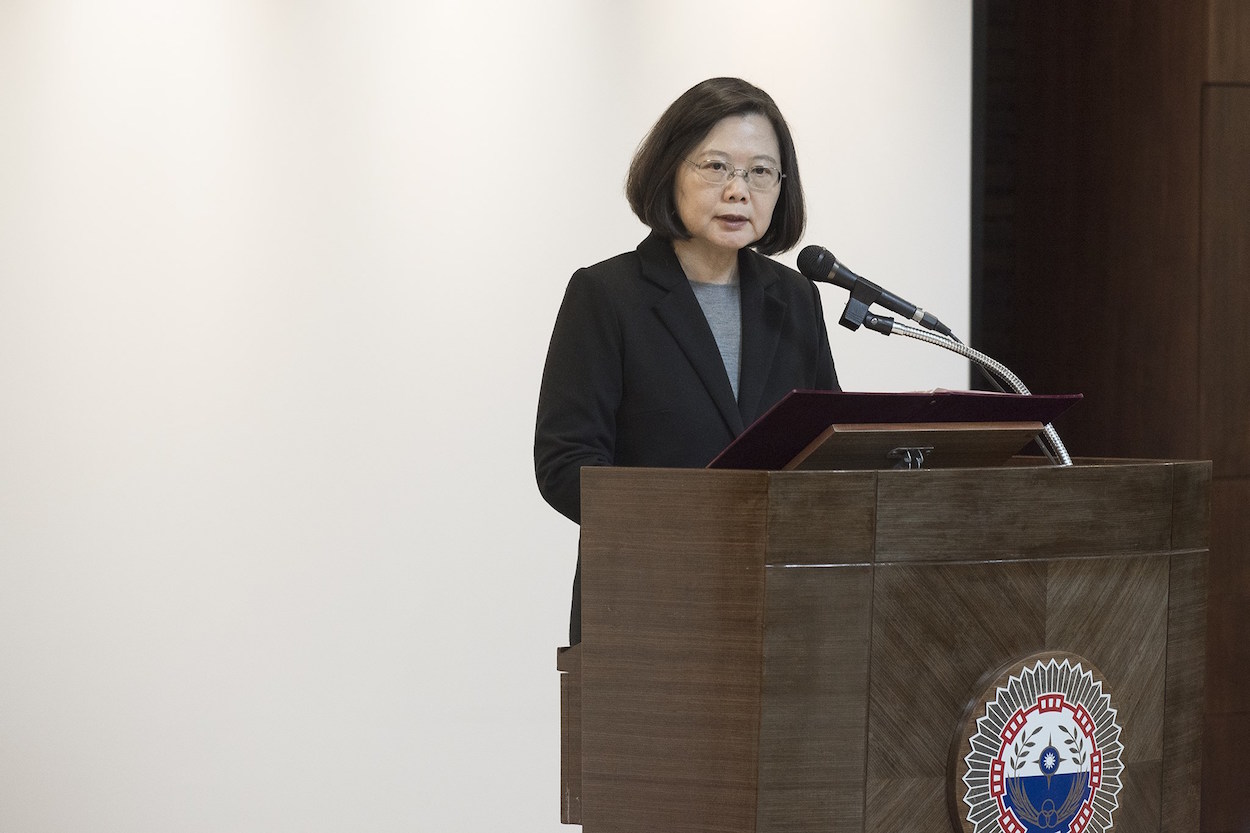 The pan-Blue camp’s defense of sexual harassment from members in this light comes up, for example, in the author Lin Yi-Han’s autobiographical story of her own sexual assault in a cram school, as well as how the school also sought to cover up the incident for fear that this would reflect badly on it. However, this also certainly occurs among the pan-Green camp, which can be no less guilty than the KMT in this regard. Most recently, sexual harassment claims were made by Chiayi County Magistrate Chang Hua-kuan (張花冠) of the DPP against fellow party member and DPP legislator Chen Ming-wen (陳明文) in September 2017, although it should be noted that the two are political rivals, and this could possibly be a political attack. Again, it is not known which party “H.” is a member of, except that it was a party that has been in the Legislative Yuan for over ten years.

And, of course, despite the fact that Taiwan currently has a female president, Taiwan remains a patriarchal society. Female politicians as Annette Lu, for example, have faced misogynistic criticisms from members of the DPP such as Koo Kwang-ming who claimed that the military should not be led by a woman that wears a skirt. That women sometimes face retribution and censure for daring to speak up should surprise few. Indeed, it is thought that part of the reason why no newspaper has yet reported on “H.”’s identity is that because none of “H”’s victims are willing to come forward publicly for fear of reprisal.

Perhaps, then, what this all points to is the long path to be walked for women’s rights in Taiwan. This would be disappointing, but unsurprising.