THE SUICIDE OF bestselling author Lin Yi-Han (林亦含) has provoked no shortage of editorializing and public discussion in Taiwan. Lin’s suicide is attributed to depression over a sexual assault incident which occurred nine years ago in a cram school, the perpetrator being a teacher at the cram school. Lin’s bestselling novel, which was autobiographical in nature, detailed the incident. Unsurprisingly, as a result, Lin’s bouts with depression were widely known. A video from Lin’s wedding last year posted online before Lin’s suicide showed Lin giving a speech reflecting on her struggle with depression at her wedding, for example, although the video has since been removed. Lin was 26.

Although government officials have pledged to investigate the sexual assault incident following public outcry, what complicates matters is that Lin and her parents did not file a police report at the time of the assault. As with many such incidents across the world involving sexual relationships or sexual coercion between student and teacher or individuals with large age gaps, there are many tricky questions to be addressed. This is particularly with regard to the fact that Lin was over the age of consent at the time of the sexual assault incident. Some speculate that Lin’s assaulter may have targeted her because of her being over the age of consent.

Furthermore, a great deal of confusion has occurred within the media about how to treat the case. Many media outlets have not reported on Lin’s name, because of laws protecting the privacy of sexual assault victims. But because of Lin’s autobiographical novel and her status as a public figure, Lin’s identity was already widely known, Lin’s family released a statement through her publisher Guerrilla Publishing confirming that the story of her book was based on true events, and Lin has already passed away. Minister of Health and Welfare Chen Shih-chung has stated that Lin’s parents will not be fined. The situation was further complicated by that the identity of Lin’s accused perpetrator was later leaked by DPP legislator Lin Chun-hsien and Kaohsiung DPP district councillor Hsiao Yung-ta, who both vowed retribution. Tainan mayor William Lai has also vowed to take steps against sexual assault in Tainan, seeing as Lin was from Tainan.

However, what has been particularly provoking of public anger and prompted calls for reform is the lack of accountability in the handling of the case by the cram school in question. In particular, while controversy ensued about whether Lin’s name should appear in the media or not, cram school teachers are allowed to teach under fake names, leading to difficulties in parents conducting background checks on the individuals teaching their students. Likewise, when controversies over sexual relationships or sexual assault cases occur in high school and college settings, high schools and colleges take action as public institutions which must act to defend their reputations, where as private institutions and businesses, cram schools are apparently held to less rigorous standards. Lin’s alleged assaulter taught under a fake name at his time at the cram school. Either way, a cover-up by the cram school to defend its reputation would not be too surprising. Consequently, Legislator Hung Tzu-Yung of the New Power Party has promised to introduce legislation to tighten regulations on cram schools in Taiwan.

Many questions remain to be clarified, seeing as many details of the situation remain unclear. Lin’s family claims that her assaulter had a history of sexual assault, stating that there were at least three other incidents of sexual assault. Others claim that previous attempts were made to cover-up the incident because Lin’s assaulter had a close relationship with the government, having owned a company which had been awarded a number of lucrative government contracts despite its small size, or that the political ties of Lin’s assaulter has limited media coverage of the incident to date. While close ties between Lin’s assaulter and the government are possible, these claims are not always easy to sort out from conspiracy theories. Lin was also the daughter of a noted dermatologist in Tainan, leading to some accusations that Lin’s family did not want to address the assault case and sought to cover it up for the sake of preserving the family reputation. This may have been why no police report was filed at the time of the assault, although Lin’s family has at present issued a number of public statements regarding the suicide. 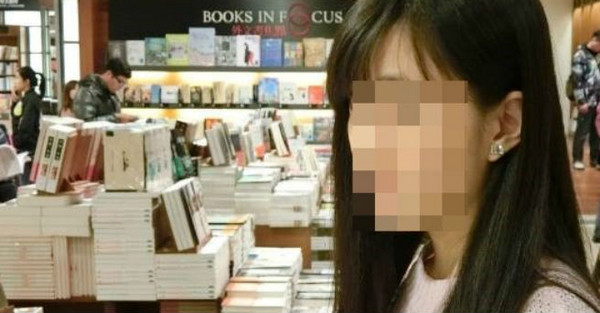 Image released by the media in which Lin’s face is filtered out. Photo credit: ETToday

Again, as some suspect a cover-up on the part of the cram school, this, too, is wholly possible. Nevertheless, while much commentary has blamed unaccountability in the cram school system, which are private institutions subject to less regulation from the government as compared to universities and high schools, we do well to remember the poor handling of the Fu Jen rape case, which also involved a cover-up by university officials. Universities and high schools may fare no better than cram schools when it comes to the handling of cases of sexual assault, in efforts to defend the reputation of the university or high school. And so the problem should not be seen as one of cram schools specifically, but one of Taiwan’s education system more broadly.

The case also seems worth reflecting on because of the questions it raises in regards to the values of Taiwanese society. Part of the reason why the case has become so widely discussed in the media is probably because Lin was a young woman and a female author thought of along the cultural trope of the “young, attractive female author” (美女作家). And so while it is important that this case be discussed by Taiwanese society, the sensationalist attitudes of the media in their treatment of female subjects are another issue which should be discussed. Indeed, much reporting on the matter in Taiwanese media has been disgraceful, seeing as while some media outlets has skirted around reporting Lin’s name for fear of legal punishment despite Lin’s parents having already released her name, this strikes as hypocritical when they otherwise have no compunction in sensationalizing similar cases—one suspects respect for the victim or concern with addressing the social issues which led to Lin’s death is the last thing on their minds.

Either way, it remains up in the air as to what cultural values need to be made to prevent cases of sexual assault of women in Taiwan, particularly regarding hierarchical relations such as between teacher and student or in the workplace, as well as what steps need to prevent victims of sexual assault from spiraling into suicide and depression. Indeed, a stabbing incident which occurred in the wake of Lin’s suicide illustrates how this is a more widespread phenomenon. And this would not be the first time a high-profile female Taiwanese author has taken her own life at a young age in past memory, as well. The question of cultural values may be the hardest problem of all to address, seeing as these issues ultimately return to patriarchal values which, as with elsewhere in the world, continue to be pervasive in Taiwanese society.