MIGRANT WORKER groups demonstrated in front of the Legislative Yuan on International Women’s Day on Monday, calling attention to the plight faced by female migrant workers in Taiwan. Around 100 migrant workers, who were primarily from Indonesia, the Philippines, and Vietnam, were in attendance. 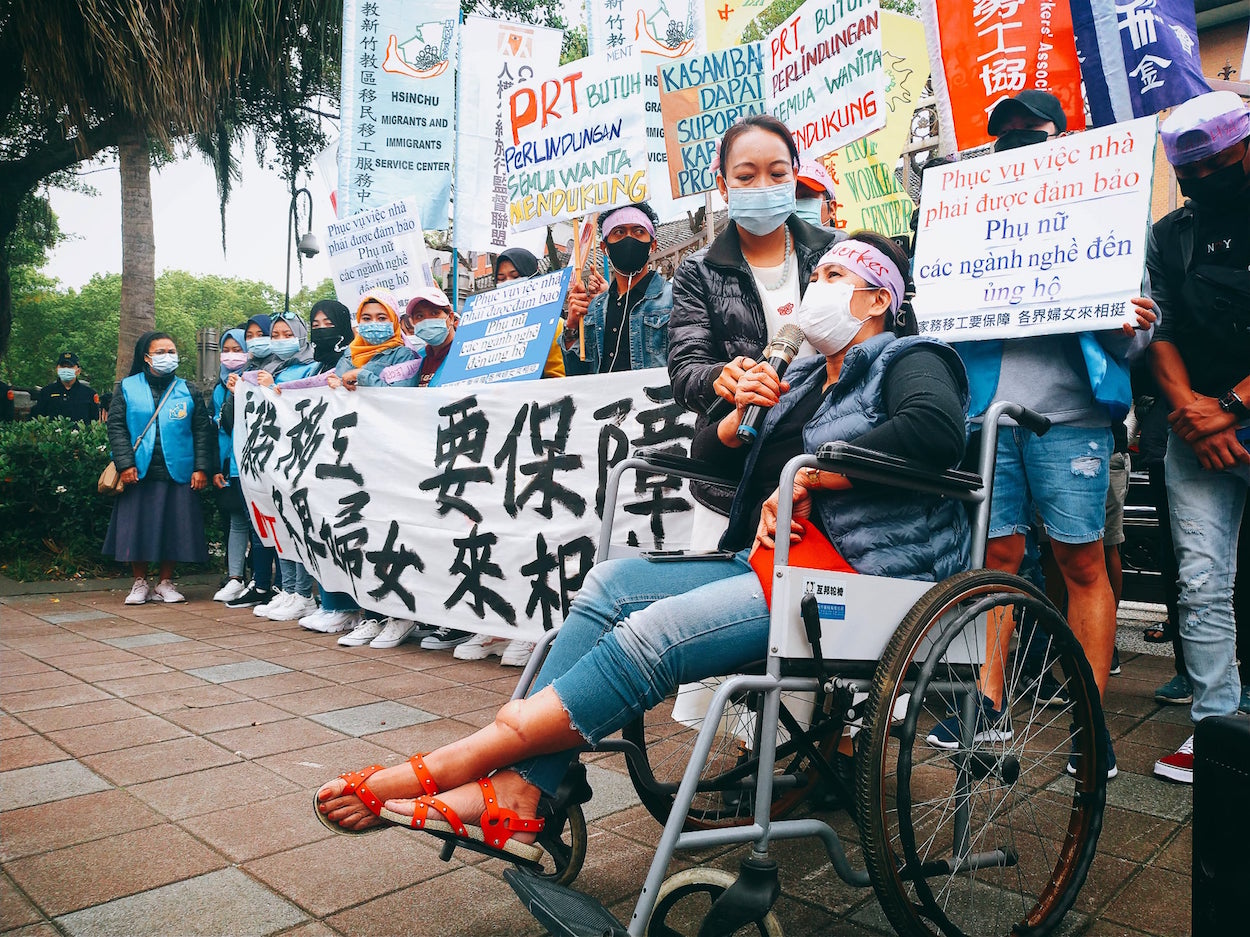 However, they are paid below minimum wage, sometimes only receiving around 17,000 NT per month while working over ten hours per day. Despite their long working hours, only 11.4% of such migrant workers are allowed one day off per week, and migrant workers do not receive overtime pay.

The demands of the protest called for the Tsai administration to live up to promises in 2016 to pass the Household Services Act. The Household Services Act would have more clearly delineated working and rest hours for migrant workers, ensure that migrant workers are included in social insurance plans, and set standards for not only compensation in the event of workplace injuries, but also lodge and boarding expenses, and overall pay.

In past years, migrant worker groups have called for the abolition of broker fees imposed upon the brokers that arrange the transportation of migrant workers to and from Taiwan, and who also arrange for their employment in Taiwan. Calling for the passage of the Household Services Act is not a new demand from migrant worker groups, but a new campaign was started to push for its legislation earlier this year. 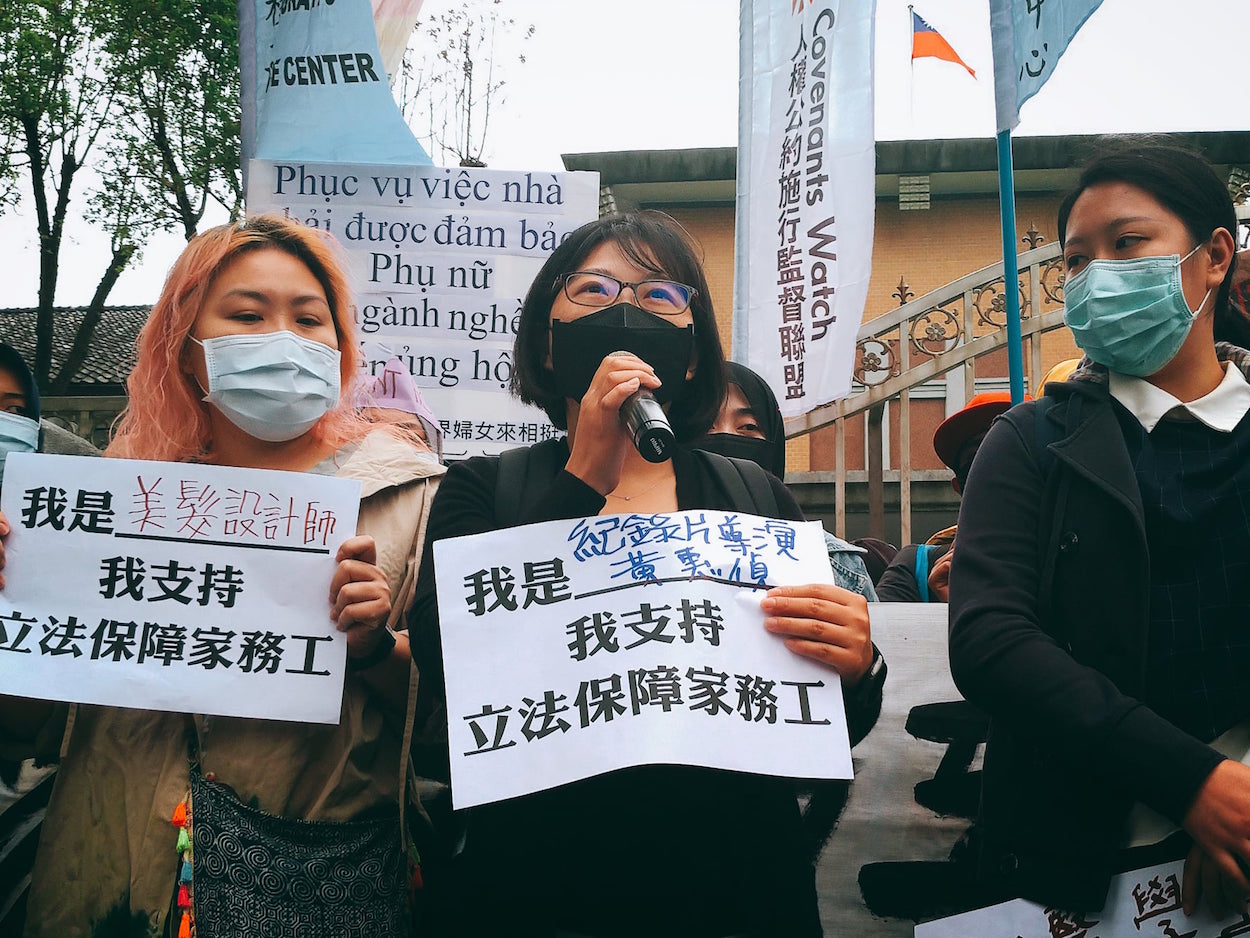 It is generally the case in Taiwan that International Women’s Day is not a widely celebrated event, with only sporadic public events. That being said, it should also not be surprising that when it is commemorated, focus is generally on the situation of Taiwanese women, and there is no corresponding attention to the situation of female migrant workers.

Taiwanese society is growing more diverse as a result of the growing number of migrant workers in Taiwan, with one in every ten elementary or middle school students having a foreign-born parent, usually a mother. But migrant workers—female or otherwise—cannot vote, as a result of which there have been few incentives by politicians to take action on the matter. This has led to situations such as migrant mothers being denied visitation rights to their children, or even being forced to leave the country. 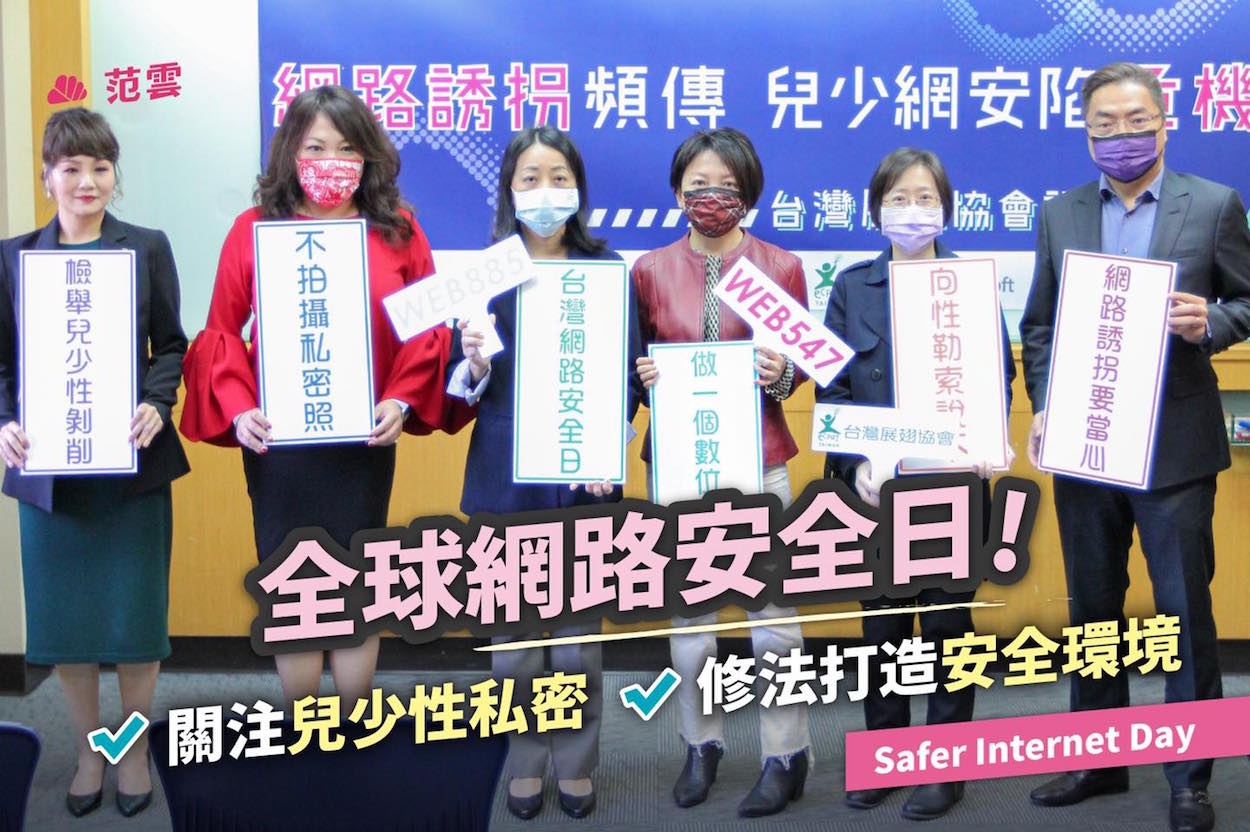 Naturalization provisions in Taiwan are sufficiently difficult that migrant workers cannot easily gain Taiwanese citizenship, so as to be able to vote in elections or to be allowed to stay in Taiwan following a divorce. And while migrant worker groups have called for migrant workers to be allowed to vote in local elections, citing international precedents such as in the UK, such proposals are unlikely to gain traction from politicians that may fear migrant voting rights introducing a new wrinkle into electoral elections.

As such, demonstrations by Taiwanese women’s groups and female migrant workers both point to larger, more systemic issues at hand. Nonetheless, it is yet to be seen whether such groups would ever come together and work with each other to confront shared issues between both.