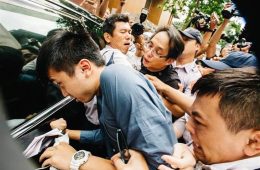 Darice D. Chang09/03/2016
A common thread between cases of random acts of violence in Taiwan is a history of mental instability by individuals and their inability to receive adequate care. Does this point to a larger problem of lack of access to adequate mental health care services in Taiwan?... Read More
EnglishPoliticsSeptember 20160 Comments 05 min read 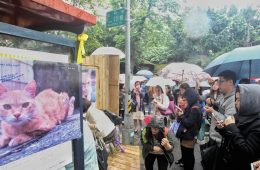 Darice D. Chang08/24/2016
On August 16th, a college student was violently assaulted as he left the courtroom sentencing for torture and murder of an animal. In the chaos that ensued, a police vehicle was overturned, a bailiff suffered burns on his leg from being pressed against an exhaust pipe as the crowd of about fifty swarmed the defendant, and another bailiff had her foot run over by a car. This was in stark contrast to the civilized demonstration held by animal rights activists earlier in the morning.... Read More
August 2016EnglishSocial MovementsYouth Movements0 Comments 09 min read Darice is a writer, artist, language instructor and translator residing in Taipei. In 2015 she quit her job to volunteer with the Freddy Lim campaign and has interpreted for stories appearing in the BBC, The Washington Post, Bloomberg, Reuters, and Metal Hammer. In her spare time she enjoys yoga, meditation, and amazing vegan food. You can follow her adventures on Instagram at Vegan_Dandan or on thevegandandan.wordpress.com.