Why Have Some Reacted Against Comparisons Between Catalonia And Taiwan?

And there is usually an uptick of interest in Taiwan towards self-determination struggles in other locations whenever such events become widely reported on in international news. We saw similarly with regards to interest in the Scottish and Irish independence movements, although recent Kurdish referendum did not become popularly discussed in Taiwan, probably as a result of lack of international media reporting on the issue because it took place in a non-western country.

At the same time, however, there has been the opposite tendency, to insist that referendum in Catalonia does not offer lessons from Taiwan because of the differences in circumstances between the two areas. This primarily revolves around the argument that because Taiwan is already a de facto independent country, there is no need to declare independence through referendum or other means. This situation differs from Catalan, Scotland, Iraqi Kurdistan, or other countries which are not de facto independent of the countries that they hope to become independent of.

But part of the irony of attempts to draw sharp lines between Catalonia and Taiwan following the recent referendum is that they often come from the individuals who also express sympathy for Hong Kong’s movement calling for greater autonomy or independence. Hong Kong’s geopolitical circumstances are far more similar to Catalonia than Taiwan, seeing as Hong Kong lacks any real de facto independence from Chinese political control and has held non-official referendums on the issue of Hong Kong’s relation to China in the past. Yet Hong Kong’s resistance to China has been widely supported by Taiwan, with it hardly raised in political discourse as a strong reflexive reaction that Taiwan should not see itself as having common cause with Hong Kong.

Probably part of the hostility towards comparisons between Taiwan and Hong Kong stem from general hostility to cross-domain comparisons, then, seeing as Taiwan and Hong Kong share the obvious similarity of that they are majority Han territories in East Asia, whereas Taiwan and Catalan are Asian and European countries respectively, with no ethnic or linguistic link. Indeed, because of the rarity of such comparisons, sometimes such comparisons draw immediate hostility. It also easier to view Hong Kong as having common ground with Taiwan due to a shared racial and linguistic background, as well as a shared enemy, that is to say, China, even if rejecting comparisons with Catalonia logically also means not seeing common ground with Hong Kong. 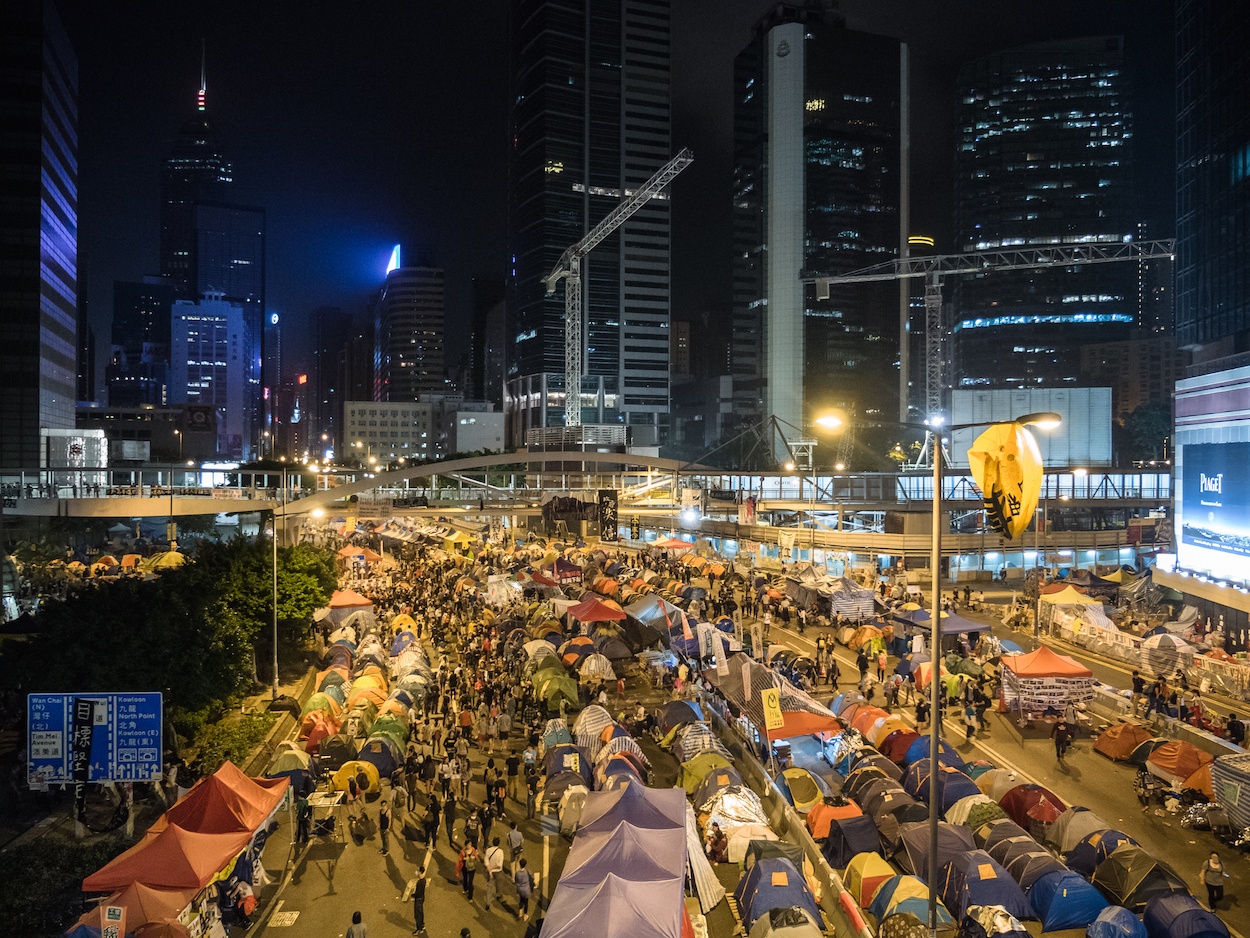 ADVOCATES OF ROC independence are quick to claim that their position is the pragmatic one and that Taiwanese independence advocates are driven primarily by irrational ideological interests. After all, if Taiwan is already de facto independent, why bother changing the name of the country, particularly if this hazards possible reprisals from China and disruption of the geopolitical status quo in the Asia Pacific? As such, advocates of ROC independence tend to straw man Taiwanese independence advocates as ideological diehards willing to risk the violent reprisals against Taiwan from China simply because of their maximalist demand that de facto independent Taiwan need be referred to in the international world as “Taiwan.”

This is hardly so. The Republic of China is hardly a name whose import in international affairs is a matter of nomenclature only, but represents a juridical framework which forever binds Taiwan to China, and Chinese claims of sovereignty over Taiwan. In this sense, the Republic of China cannot be dismissed simply as a an non-entity, but has to be taken as something with real-world effects.

Namely, so long as the Republic of China remains the name of Taiwan, this represents that while Taiwan is de facto independent of China, that it remains an ambiguous matter as to whether Taiwan does, in fact, desire independence from China. After all, even someone was blatantly pro-unification as Ma Ying-Jeou was and is perfectly happy to claim in public discourse that Taiwan had no need to declare independence from China, seeing as Taiwan is a de facto independent nation-state under the name of the Republic of China. 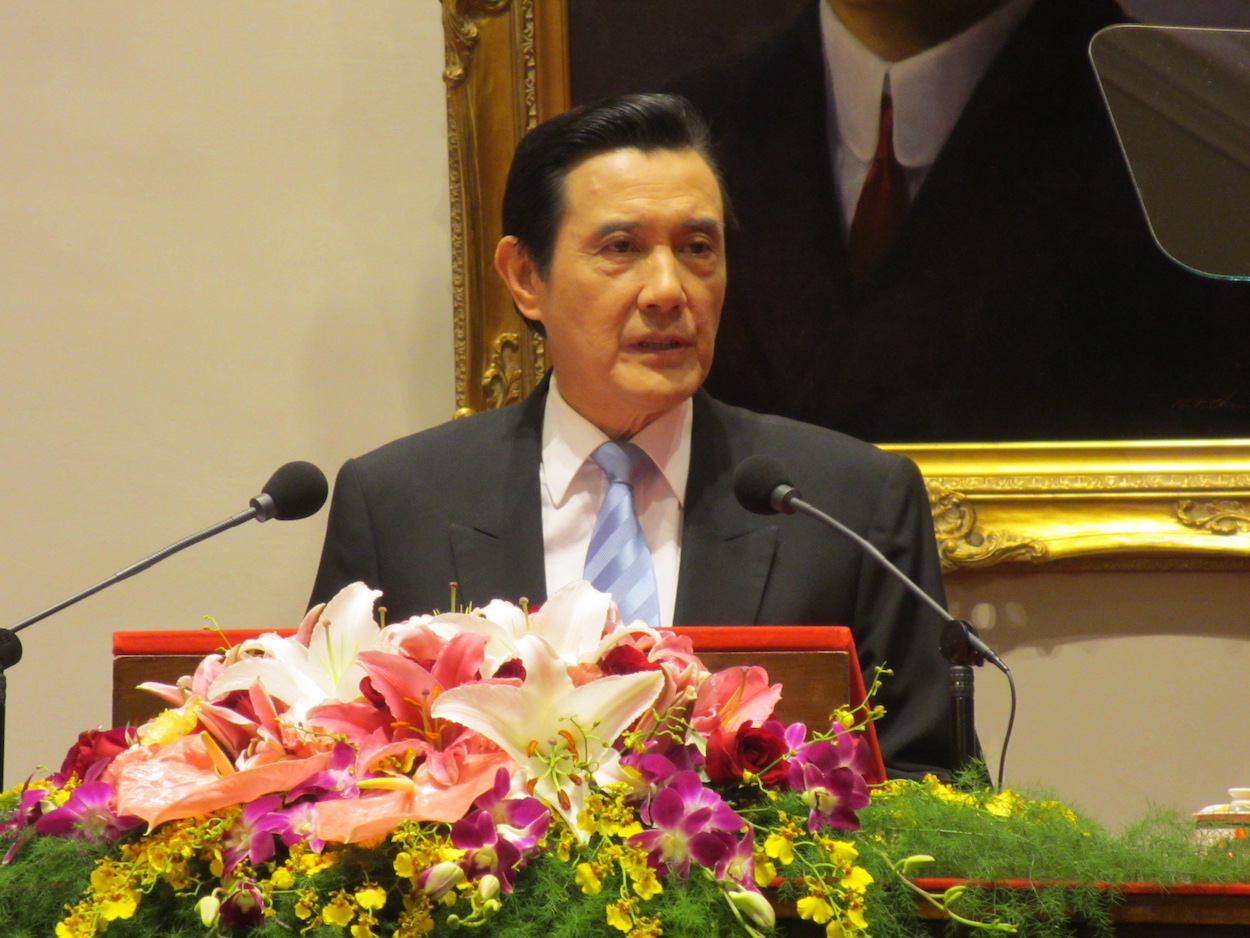 It is all too easy for the same words asserting Taiwan’s de facto independence from China to be understood as meaning that Taiwan still seeks eventual unification with China, because so long as the Republic of China name and framework exists, Taiwan will continue to be thought of as having an intrinsic link to Taiwan. This is evident in how, when the ROC state apparatus falls to pro-unification forces, the exact same claims currently used by Tsai Ing-Wen and the DPP to assert Taiwan’s de facto independence from China easily revert back to having a pro-unification meaning. Such dangers will continue to exist so long as this is not changed and so long as pan-Blue political actors continue to exist in Taiwan.

And, particularly from those not attentive to the intricacies of Taiwanese possibility, the current status quo will forever allow for the possibility of misunderstandings about Taiwan’s international status which could have real world effects in allowing for the deterioration of Taiwan’s sovereignty. For example, even if current polling indicates that Taiwanese increasingly identify as Taiwanese and not Chinese, during past trends of rising Taiwanese identity, again, in the past this came to be perceived as reversing with the election of pro-unification politicians such as Ma Ying-Jeou and the growth of cross-strait trade between Taiwan and China under the Ma administration.

In fact, the uniqueness of Taiwan’s status of being de facto independent but not independent is in part what precisely contributes to lack of understanding regarding Taiwan’s international status. And so emphasizing up this point as one’s main argument for why Taiwan should be supported by the international community, unlike other self-determination struggles, may actually be counter-productive.

Consequently, more permanent means need to be sought in order to demonstrate to the world that the trend of Taiwanese identity will not reverse itself, as it has come to be perceived as being in the past, something which could lead potential allies to abandon Taiwan as a lost cause to China, or as not worth supporting against China because of unpredictable shifts in Taiwanese identification between Taiwan and China. 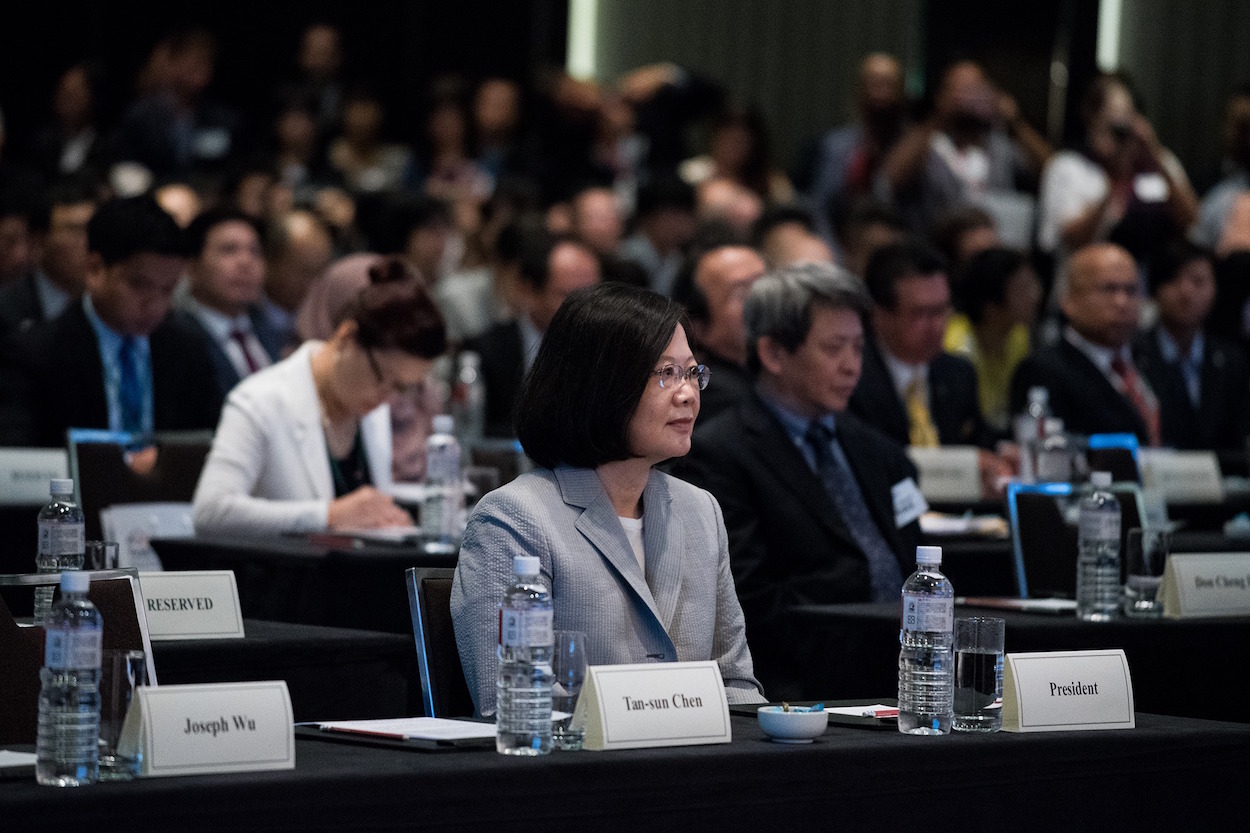 What Taiwan needs, then, is a firm bottom line to indicate that Taiwanese not only do not identify as part of China, but that they do not wish to become part of China, and that this desire is permanent in nature. Referendum, as a form of direct democracy indicating the will of the Taiwanese people writ large, could be the most direct way of expressing this desire for independence. It will not be sufficient to insist that Taiwanese is already independent, but that there is no need for a referendum, because so long as Taiwan remains happy to maintain a form of intrinsic connection to China through the ROC framework, this provides little permanent proof that Taiwan, in fact, wishes to maintain its distance from China.

In fact, it may be in fact to belabor the point that Taiwan is already de facto independent of the world and that is why Taiwan wishes to be independent, but has no need of a referendum to prove that. The majority of the world probably does not understand the intricacies of the ROC, PRC, and Taiwan, and Taiwan is largely internationally obscure. It is a safe bet that the world has not been paying attention to any of the polls which demonstrate rising Taiwanese identity or attendant political developments proving this point. A referendum would not in this light come to be read as Taiwan acknowledging it is part of China when it is already de facto not part of China, but probably raise attention to the fact that Taiwan is de facto independent of China, and the injustice of that Taiwan still continues to be treated as though it was part of China despite having always been de facto independent of China.

Lack Of Broader Appeals By The Taiwanese Independence Movement?

While on the moral level, one can criticize this as the lack of solidarity on behalf of the Taiwanese independence movement for other movements of oppressed peoples globally, this also is indicative of how the Taiwanese independence movement often has not taken the tactic of collaborating with other self-determination movements in international appeals. Individuals from countries and territories with self-determination movements oftentimes take the strategy of cooperating in the international sphere, in order that shared appeals can have greater reach than individual appeals, in spite of difference in geopolitical and sociopolitical contexts between these different movements. 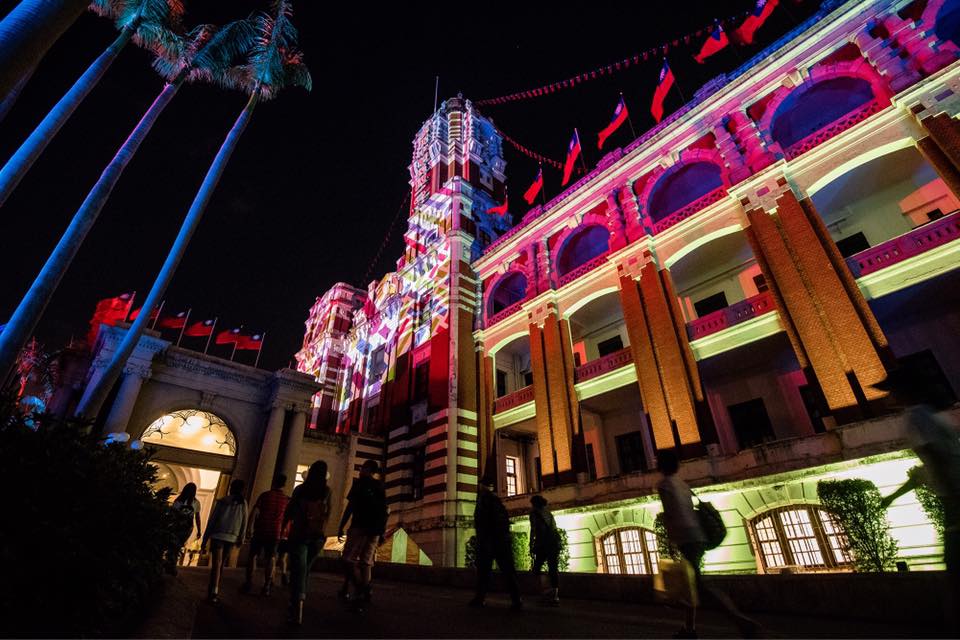 With the notable exception of Hong Kong, then, Taiwan has more often instead sought to call attention to the particularities of its own struggle rather than shared cause with other struggles. This ties more broadly into the minimalistic demands made of the international world by the Taiwanese independence movement, with a focus on appealing to the rational interest of the international sphere and emphasizing Taiwan’s international achievements in the hopes that this will lead to salvation through “good works”.

To date, this would be a deliberate strategy and one oftentimes justified by appeals to pragmatism. But, well-deserved accusations of hypocrisy aside, one also often wonders how pragmatic this really is. After all, in terms of negotiation with the international community on the part of Taiwan, in successful negotiation, one typically poses a higher “ask” than one actually expects to receive. On the other hand, setting a minimal “ask” from the get-go usually means that one will receive nothing in the end. As such, one generally expects Taiwan’s struggles for international recognition to continue for a long time to come.