TAIWAN’S EXECUTIVE YUAN has proposed a draft for same-sex marriage legislation earlier this month. This draft proposes to legalize same-sex marriage, but under a different framework of law than the ones currently in effect for straight couples. The bill has currently passed its second reading, though splits have emerged between parties regarding whether to advance the current bill or amend the bill further.

Despite progress for the LGBTQ community in Taiwan, one of the most active in Asia, the current draft for same-sex marriage legislation is a one that has been drastically weakened after campaigns against it by anti-rights groups. Anti-same-sex marriage groups scored a massive victory in the November referendum last year, managing to pass referendum proposals against same-sex marriage by an overwhelming support of around 70% of votes. 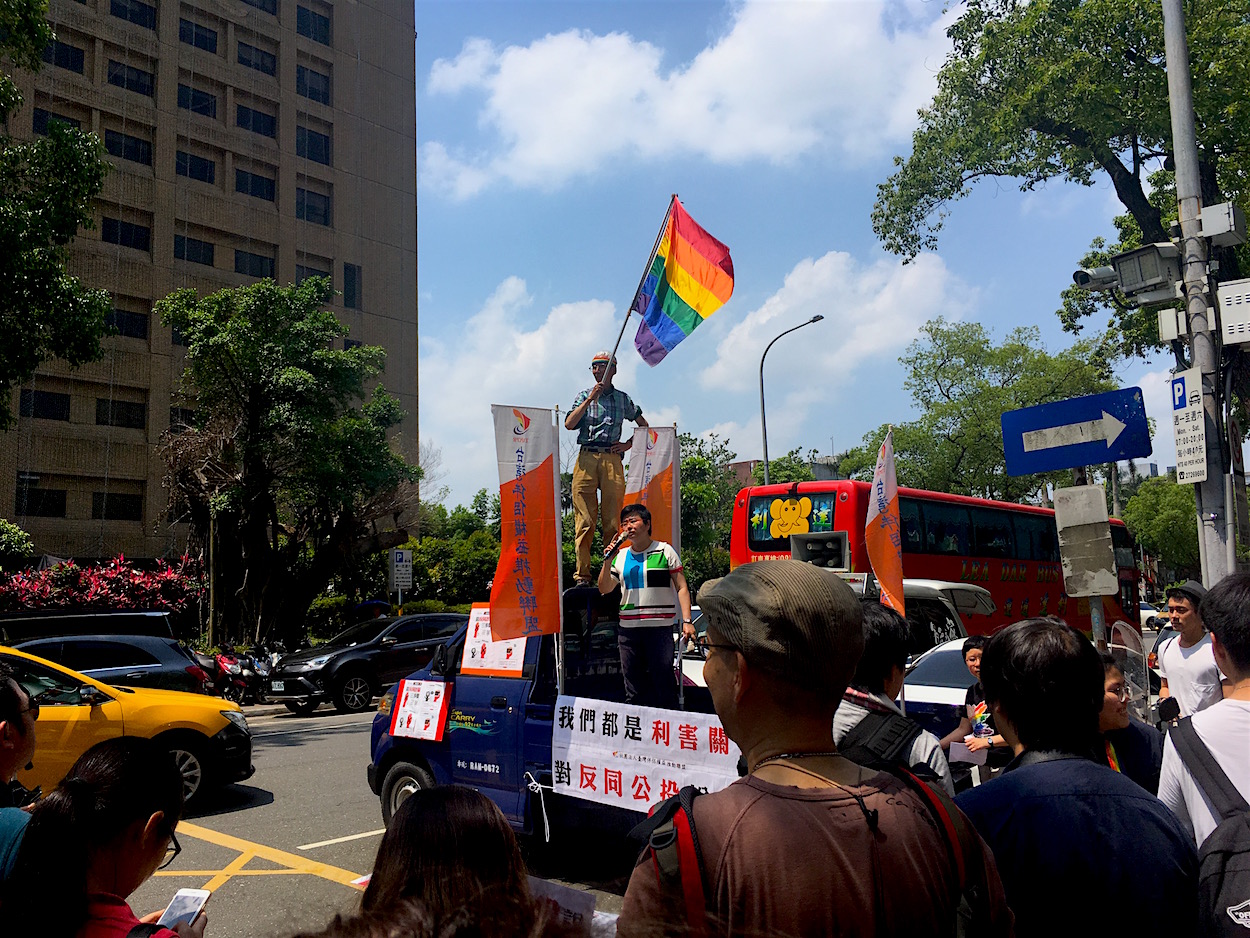 Though this rejection was not entirely unexpected, that this was a majority was a signal of hostility towards same-sex rights in Taiwan. During the campaigns leading up to the November referendum, the anti-rights camp enjoyed a clear resource and resource advantages compared to the pro-rights camp during. This result, combined with the electoral victory of the opposition KMT party, is one that comes in conflict strongly with the 2017 ruling of Council of Grand Justices which gave the Legislative Yuan two years—until May 2019—to legislate same-sex marriage into law.

The discussions leading up the referendum was dominated by Christian and conservative groups, who for the most part dominated media and cable narratives. Fake news and faulty information plagued the debate to the advantage of the anti-rights groups. Though many of the top campaigners against same-sex marriage rights are Christian, the definition of marriage as one solely between a man and a woman as proposed by them likely drew a resonance from strictly defined Confucian family values more familiar to the Taiwanese.

While the current draft legislation has mostly mirrored marriage laws in the civil code to provide similar rights, there are nevertheless many key differences. One major difference includes a lack of adoption rights for biologically unrelated children for same-sex couples. Another is the referral to same-sex partners as “parties of an agreement” rather than spouses. In the event of a Taiwanese-foreigner marriage, said foreign spouse’s home nation also need to recognize same-sex marriage for the marriage to be valid.

The implication of this move draws a comparison to many same sex marriage laws around the world—where a separate civil union law is established to distinguish gay marriage. The lack of equal recognition as spouses is a symbolic defeat while the absence of adoption rights and only conditional recognition of marriages with foreign spouses is substantive inequality exhibited through an absence of rights.

It is important to pay attention to other details of legal key differences, given Taiwan’s high-context culture. Noticeably absent, too, is a lack of an obligation to support parents who live in together with the couple, as demanded by existing marriage laws. This should be seen as a difference that clearly intends to distinguish the obligations of same-sex marriages from heterosexual marriages, given the heavy emphasis on family values and generational continuity in Taiwan. 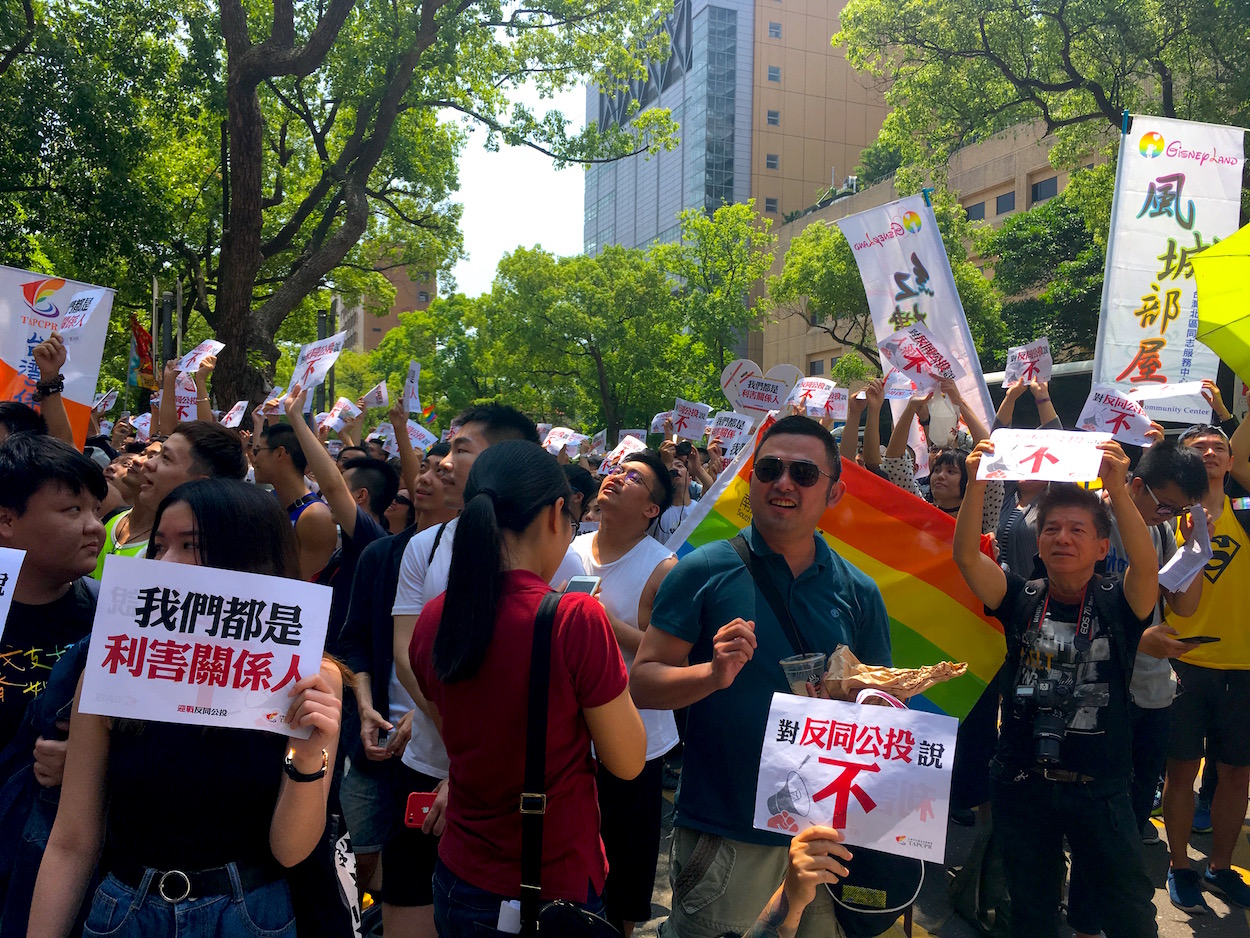 Combined with the neutrally toned name of the proposal, “The Enforcement Act of Judicial Yuan Interpretation No. 748 (司法院釋字第748號解釋施行法),” it is likely that a certain degree of effort was made to ensure that this “marriage” for same-sex couples is not structurally or symbolically the same as heterosexual marriage. Despite nominal support for the LGBTQ community as suggested by Premier Su’s speech, legislated rights for the community still differ from heterosexual marriages.

For the LGBTQ community, this solution is not optimal and does not provide them with equal rights as straight couples. Despite so, given the state of the current popular sentiment and the resource exhaustion of the pro-LGBTQ camp, it may be unlikely that a better deal would be proposed without public backlash at this juncture.

The initiative the Executive Yuan took in releasing the legislation at this juncture, shortly before the two-year deadline to legalize same-sex marriage set by the Council of Grand Justices in 2017, instead of waiting for the Legislative Yuan likely a strategic one. While President Tsai campaigned for gay marriage in the course of 2016 elections, members of the DPP in the Legislative Yuan were far less enthusiastic about the idea, leading Tsai to eventually drop the issue.

Though the KMT opposition, who are mostly against same-sex marriage rights, hold only a minority, many DPP members are either influenced by anti-LGBTQ sentiments in the electorate or hold hesitation for supporting LGBTQ rights. This is likely given the strong presence of the Presbyterian Church, which is divided on the issue of gay marriage, within the DPP. The move to define the draft from an executive perspective, therefore, is likely a move to “set the narrative” from a more progressive angle, and preemptively prevents high-publicity intraparty dissensus from happening that could damage DPP prospects in 2020. Whether this will take place or not remains to be seen.

The administration’s respect for the referendum result comes as a stark contrast to the calls of some anti-rights group against any form of legislation for same-sex marriage, despite having campaigned for the legislation to be separate from the civil code. 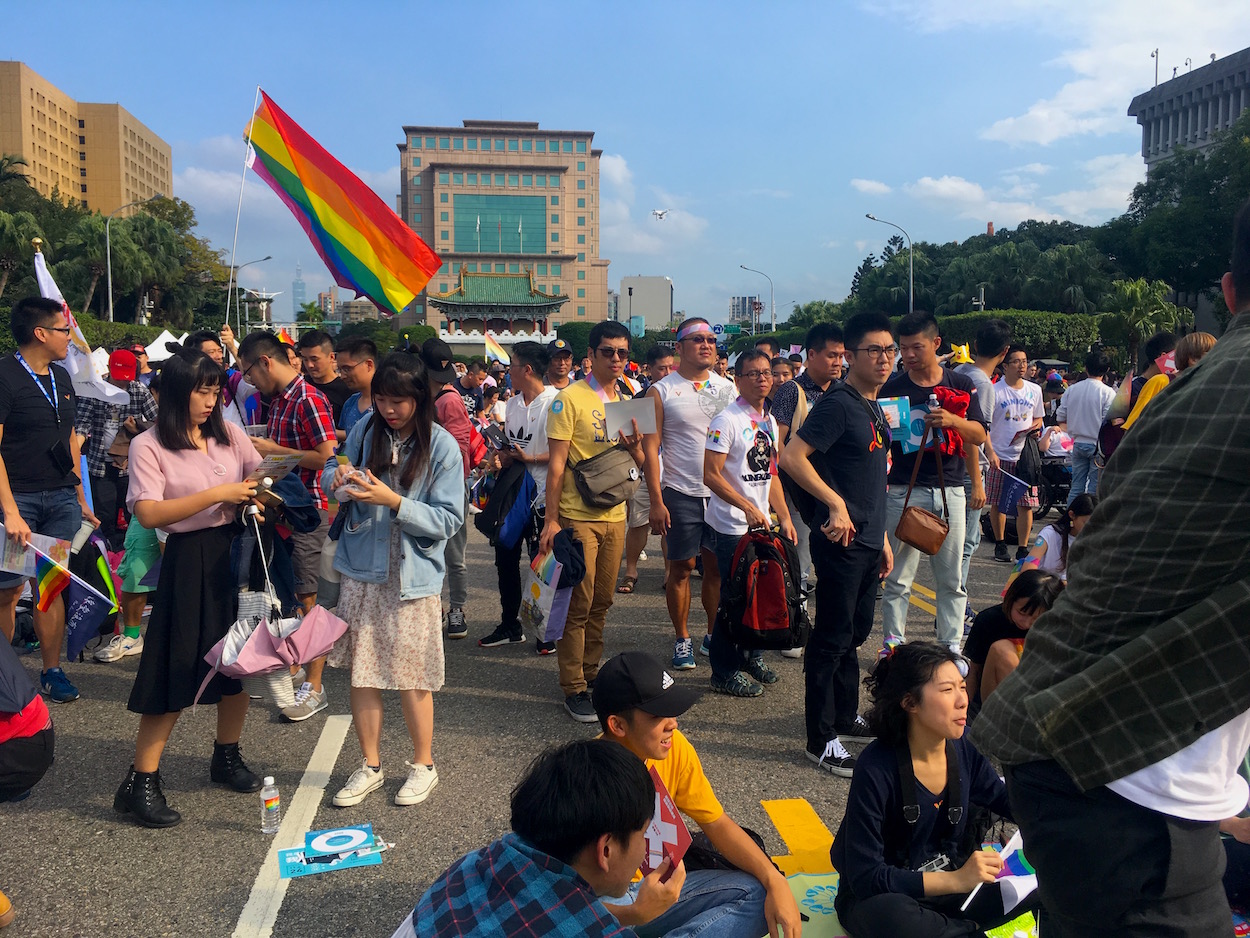 The long term viability of the present same-sex marriage legislation remains to be seen. It is important to note that the Legislative Yuan still has the final decision over the final forms of the same-sex marriage law. At the same time, legislators are already mobilizing to propose competing versions of the act. Freddy Lim of NPP, for example, is planning to introduce a version that covers adoption and spousal rights. It is possible that DPP legislators supportive of gay marriage, in particular, Yu Mei-nu, may also introduce competing versions of the bill.

Either way, the present administration has to accommodate concerns from both sides of the issue and must tread carefully to establish justice for the LGBTQ minority while preventing a backlash from an electorate that has shown its overwhelming objection to supports of the LGBTQ community. Attention should be paid to the upcoming discourse process that will determine the fate of same-sex marriage in the near term. At the same time, it is wholly possible that the Tsai administration may vacillate again in a manner which upsets both opponents and supporters of gay marriage, as it has on many other political issues.