WITH SEVERE POWER outages in Taiwan yesterday affecting a 6.62 million individuals, close to 28 percent of Taiwan’s population of 23 million, much public anger has followed. In particular, the cause of the outage appears to have been human error at Tatan power plant in Taoyuan, Taiwan’s largest natural gas burning power plant. With six generators going offline at 4:52 PM, this was a loss of 4 million kilowatts in power supply, and affected Taipei, Chiayi, Miaoli, Nantou, Taichung, and Tainan. A generator at the Ho-Ping power plant in Hualien is also reported as having gone offline earlier yesterday morning. Rolling power outages across sections of Taiwan were instituted in order to cope with the loss of energy supply, although the restoration of power came later than initial claims that normal power service would resume by 9 PM.

Public anger will likely demand some measure be taken against those deemed responsible. Again, as one of the peculiarities of Taiwanese politics and Asian politics more broadly in which politicians are made to resign for events of which they are not personally responsible for, Minister of Economic Affairs Lee Chih-kung resigned in apology for the power outage, and his resignation was accepted by Premier Lin Chuan. It will be seen if more resignations will follow or whether punitive measures will be taken against those deemed responsible. 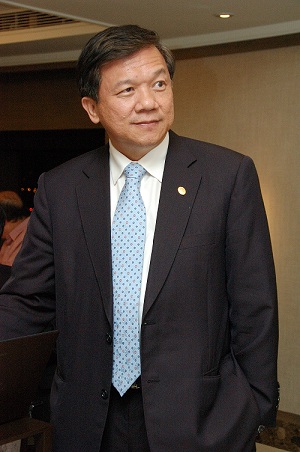 Apart from disruption to everyday life, concerns were raised that high-tech manufacturers as the Taiwan Semiconductor Manufacturing Company’s production lines Hsinchu Science Park or in Tainan would be affected, or that semiconductor and flat panel manufacturers Central Taiwan Science Park and South Taiwan Science Park would be affected. Likewise, in a period of time in which Taiwan increasingly faces competition from China and many Taiwanese high-tech manufacturing companies have relocated their factories to China, citing unstable power supply in Taiwan as one of the reasons for relocating to China.

Despite reports of outages, the Hsinchu Science Park and Taiwan Semiconductor Manufacturing Company denies any outages, although production plants for Advanced Semiconductor Engineering, ChipMOS Technologies, and Hon Hai stated that they were affected by the outage. Telecommunications companies Chunghwa Telecom and Taiwan Mobile Company were briefly affected, although Far EastOne reported not being affected due to back-up power units. Taipower may have to compensate affected companies for profit losses

Concerns were also raised as to whether Taiwan’s defense system would be affected by the outage, with frequent flybys close to Taiwanese airspace in past weeks by Chinese aircraft and some fears that this indicates China may be hoping that while the world’s attention is drawn to the North Korean missile crisis, this will provide a window of opportunity for China attack Taiwan at a time in which American responses would likely be limited. However, the Ministry of National Defense denies that Taiwan’s defense systems were affected by the power outage and claims that they continued to operate normally despite the outage.

The power outage comes after a series of record setting temperatures set new records for power consumption. Temperatures reached over 36°C for ten consecutives days this month, breaking a 2012 record, leading to heavy usage of air conditioners, and the national power supply indicator reaching a “red alert” for three days last week. Compounding power issues at a time of hot weather was the fact that an antenna at Ho-Ping power plant, the same power plant in Hualien which suffered a generator outage yesterday, was damaged by Typhoon Nesat in late July, leaving the plant to produce power but not distribute it, and contributing 500,000 homes being left without power after Typhoon Nesat. This led to a drop in the national power supply by four percent and repairs were only completed several days ago.

Power outages are frequently cause for political bloodletting in Taiwan and the fact that yesterday’s outage was so widespread will likely add to rage. While power outages are not surprising for summer months in Taiwan, that power outages affected Taiwan’s central metropolis of Taipei, which is usually less affected by power outages, will likely add to rage. Indeed, the pattern of which areas are left with power during widespread power outages, whether in urban, regional, or national contexts, tends to reflect resource distribution and Taiwan’s central metropolis of Taipei is notably more affluent than the rest of the country, leading to the Taipei gaining the nickname of “Celestial Dragon Country”, a term taken from the Japanese manga One Piece.

How the Tsai administration responds any blowback is yet to be seen. To stem public anger during the recent heat wave, Tsai administration notably called on Taipei-based government offices to shut off air conditioning during the afternoon between 1 PM and 3 PM as a way of saving power, an act which was criticized by some as mere political theater. This was something which Taipei mayor Ko wen-Je refused to adhere to in the Taipei mayor’s office and Tsai Ing-Wen was herself slammed with allegations that the Presidential Office still turned on its air conditioning despite forcing other government offices to shut of their air conditioning.

Nevertheless, it also seems likely that the power outage will lead to renewed debate about the status of nuclear power in Taiwan. State-owned power company Taipower and members of the pan-Blue alliance frequently cite the need for nuclear power in Taiwan as a way to meet Taiwan’s energy needs, despite the dangers that frequent earthquakes and typhoons in Taiwan may pose to reactors, the KMT in particular jumping onboard with energy issues as a way of claiming that the DPP was irresponsible in its management of Taiwan in its willingness to strain the energy grid because of its deep-rooted opposition to nuclear energy.

Taipower is famously loathe to back away from nuclear energy, despite that as a state-owned company it should ostensibly have a neutral stake in the nuclear energy debate between the pan-Blue and pan-Green camp, perhaps generally pointing to how state-owned companies tend to slant politically Blue due to the lingering traces of the former KMT party-state, as well as government opacity. As such, allegations that Taipower has deliberately manufactured energy shortages in the past are longstanding, although sometimes such accusations can verge on the conspiratorial. Rumors will undoubtedly follow on the heels of yesterday’s power outage, as with past outages. However, Executive Yuan spokesman Hsu Kuo-yung has stated that nuclear reactor restarts are not presently on the table after blackouts yesterday.

Nevertheless, where the nuclear debate is concerned, either way, the fact that human error can lead to disruption of power supply for close to thirty percent of Taiwan’s population should be worrisome, pointing to continued issues of poorly maintained public infrastructure in Taiwan, as well also see with frequent gas explosions, industrial accidents, and breakdowns in power supply. In general, one does not have faith in Taipower to correctly and safely manage nuclear power equipment, which could have disastrous and dangerous effects if mismanaged. Yesterday’s power outage would be another case in point. As for what solutions can be found for Taiwan’s long-term energy needs in a manner which will make sure Taiwan’s energy needs are met in a sustainable manner for the long-term, that remains to be seen. It is hoped, then, that public discussion following the outage will lead to seeking out new solutions, rather than simple political bloodletting as a means for the public to take out its anger on a small set of individuals who may not have even been responsible for the outage to begin with.