SOLIDARITY DEMONSTRATIONS were held in Taipei today in solidarity with detained Hong Kong activists in Taipei today. The demonstration began at 6 PM and was held in front of the Hong Kong Economic, Trade, and Cultural Office, organized primarily by left-wing participants of the Sunflower Movement such as the Untouchables’ Liberation Area (賤民解放區) and Shutdown But Not Shut Up (全國關廠工人連線). Other organizations present included groups opposed to high-profile cases of urban and rural evictions in areas of Taiwan such as Daguan Community, Huaguang Community, and Taiwanese environmental and anti-nuclear organizations such as members of the Green Citizens’ Action Alliance. 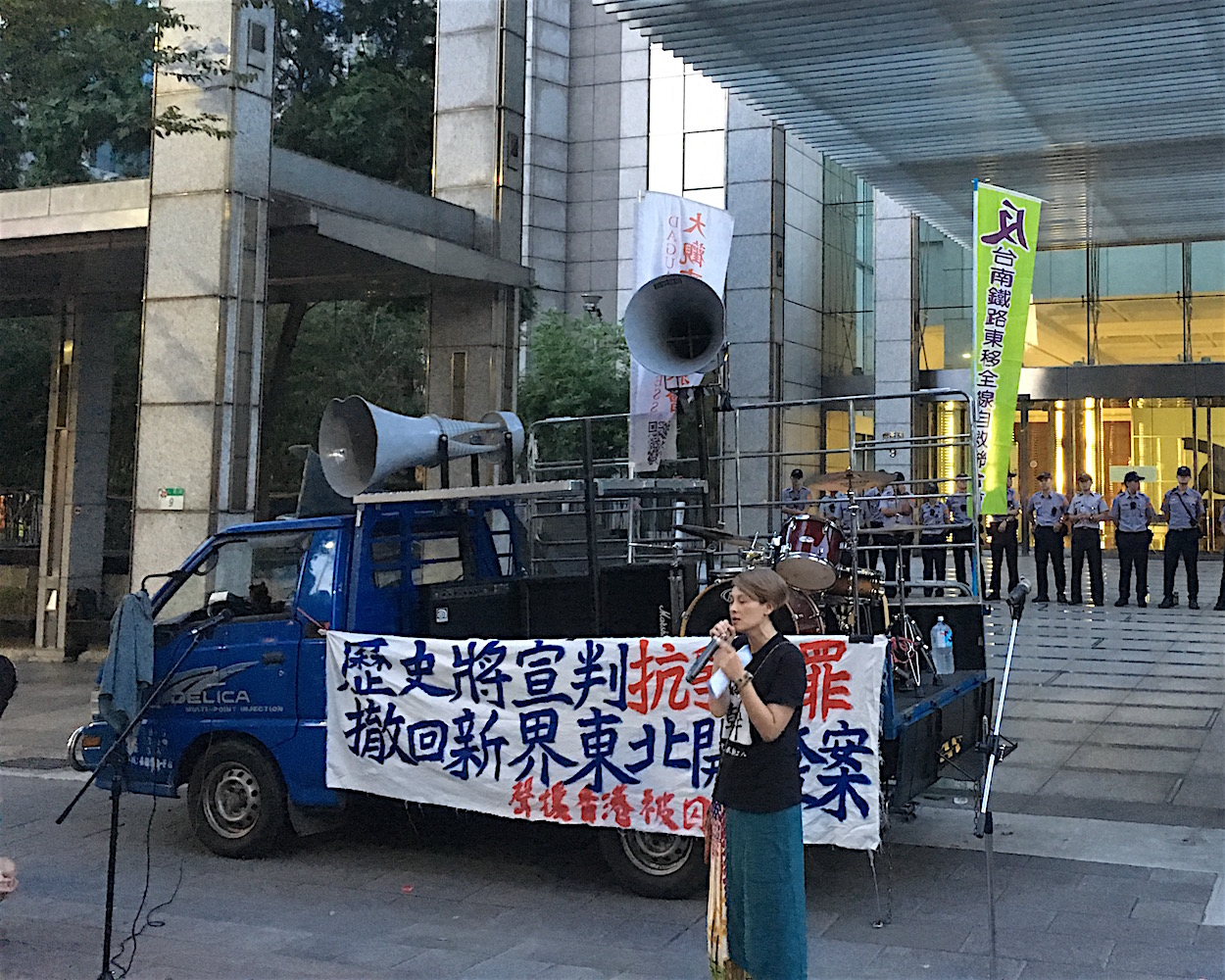 Such groups were critical of the mainstream leadership of the Sunflower Movement with the view that they were overly politically centrist and made decisions in too much of a top-down manner. These groups had connections to left-wing participants of the Umbrella Movement who were similarly critical of the mainstream leadership of the Umbrella Movement and sometimes labeled “leftards” as a result, accusations sometimes also thrown against the Untouchables’ Liberation Area and other left-wing groups in the Sunflower Movement who were also critical of Taiwanese nationalism in the movement.

It would be the detention of Hong Kong activists, particularly individuals arrested for demonstrating development plans in Hong Kong’s New Territories and sentenced to up to 13 months imprisonment, that members of the Untouchables’ Liberation Area and Shutdown But Not Shut Up had connections to which would motivate organizing for today’s rally after a period of lacking activity. The Untouchables’ Liberation Area, likely the best known splinter group from the movement mainstream during the Sunflower Movement, continued some organization after the Sunflower Movement, but eventually mostly ceased activity in the years since the movement. Although demonstrators numbered only approximately around one hundred individuals in Taiwan, demonstrations coincided with rallies in Hong Kong which drew tens of thousands to the streets of Hong Kong, marching from Wan Chai in eastern Hong Kong to the Court of Final Appeals in central Hong Kong. 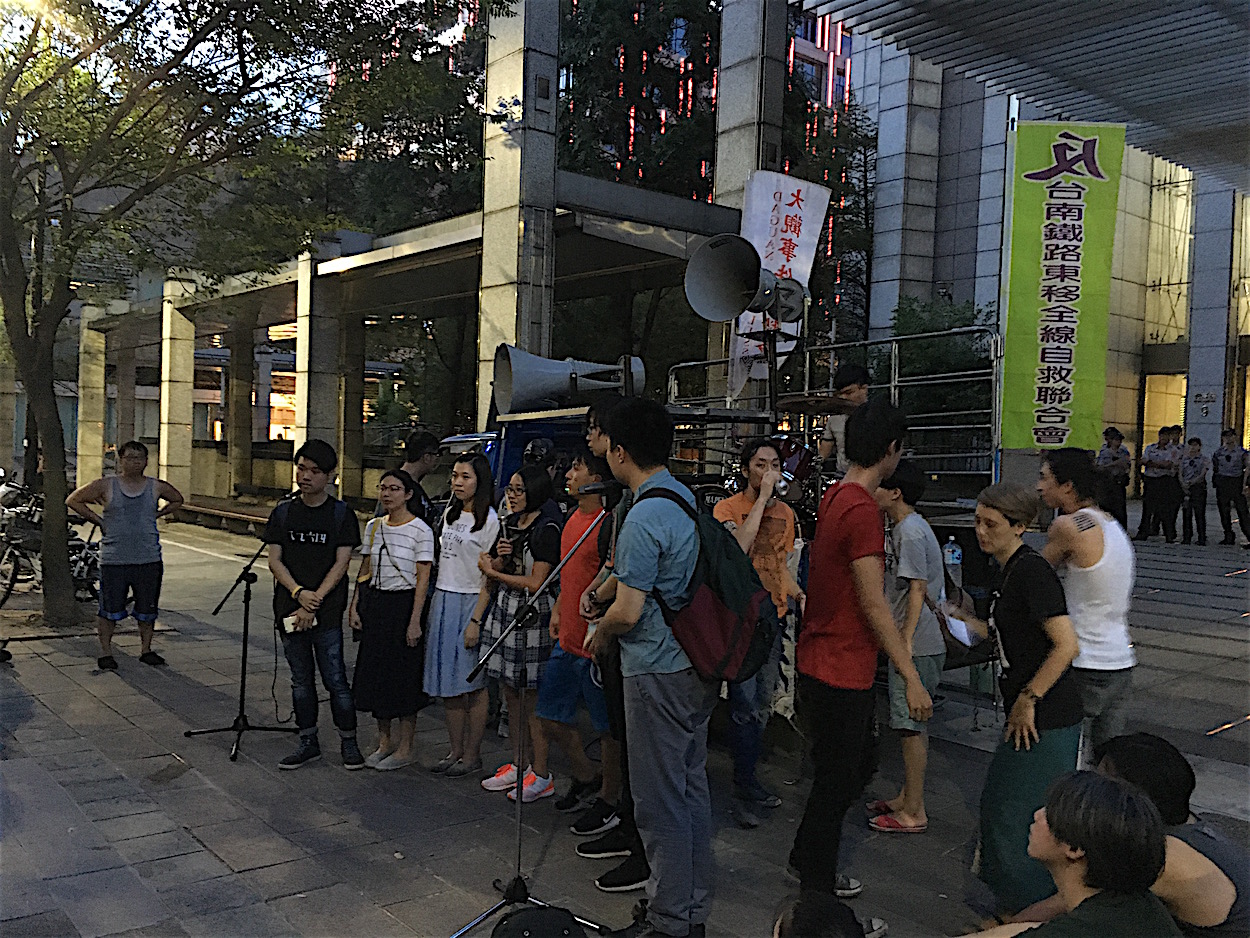 Solidarity demonstrations in Taiwan featured from both Taiwanese and Hong Kong social movement participants, music performances by three punk bands, calls to sign a petition, and banner-making, with the making of a banner with calls for the release of those detained. Taiwanese activists drew parallels between Taiwan and Hong Kong, regarding the use of legal restrictions on political gatherings to detain activists, as used in both the Sunflower and Umbrella Movements, unchecked developmentalism and land appropriations for commercial development in both Taiwan and Hong Kong rural and urban areas, and poor economic conditions confronted by young people and workers in Taiwan and Hong Kong alike, with the influx of foreign capital from China. Participants in the rally from Hong Kong stated that events in Hong Kong indicated the death of “One Country, Two Systems”, that this was a sign that Taiwan should not have faith in China’s promises, which had proven to be false, and that the people should fundamentally be the ones to govern society but this was what was denied by the Hong Kong government. 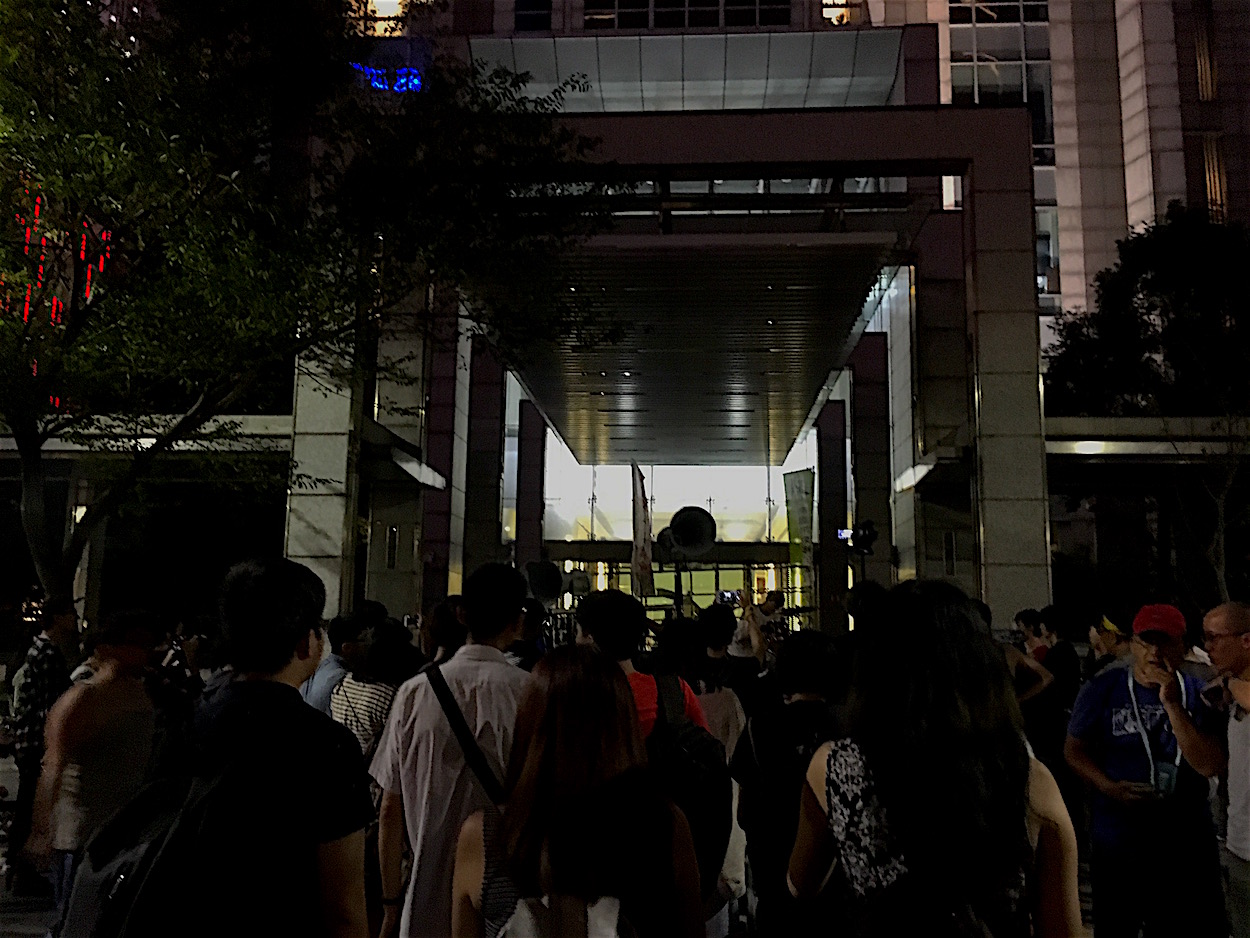 In connecting struggles in Hong Kong and Taiwan, speakers were also critical of what they saw as lip service paid by center-left, pro-Taiwan parties to oppose Chinese capital, but while not doing enough to oppose how domestic market forces could also engender severe economic inequality for residents of Taiwan. This was mostly criticism of the DPP, but also included criticisms of the NPP and SDP, with criticisms that these all of these political parties had not done enough to embrace a truly left-wing political platform opposed to unchecked developmentalism, free trade, and had instead made a number of promises that were mostly talk.

Accordingly, the struggle against unchecked developmentalism in the Hong Kong New Territories was linked to struggles against urban and rural evictions in Taiwan, while connecting the restrictions upon protesters by the Taiwanese or Hong Kong government through restrictions on free assembly as denying the people what should be a fundamental right—the right to protest. The jailing of protesters was also seen as reflecting class divisions, insofar as in Taiwan or Hong Kong, wealthy prisoners receive better treatment. Nevertheless, more controversial may be some comments by speakers also defending the right of anti-pension reform activists to demonstrate, something which caused controversy yesterday following attempts by them to disrupt the opening ceremonies of the Taipei 2017 Summer Universiade. 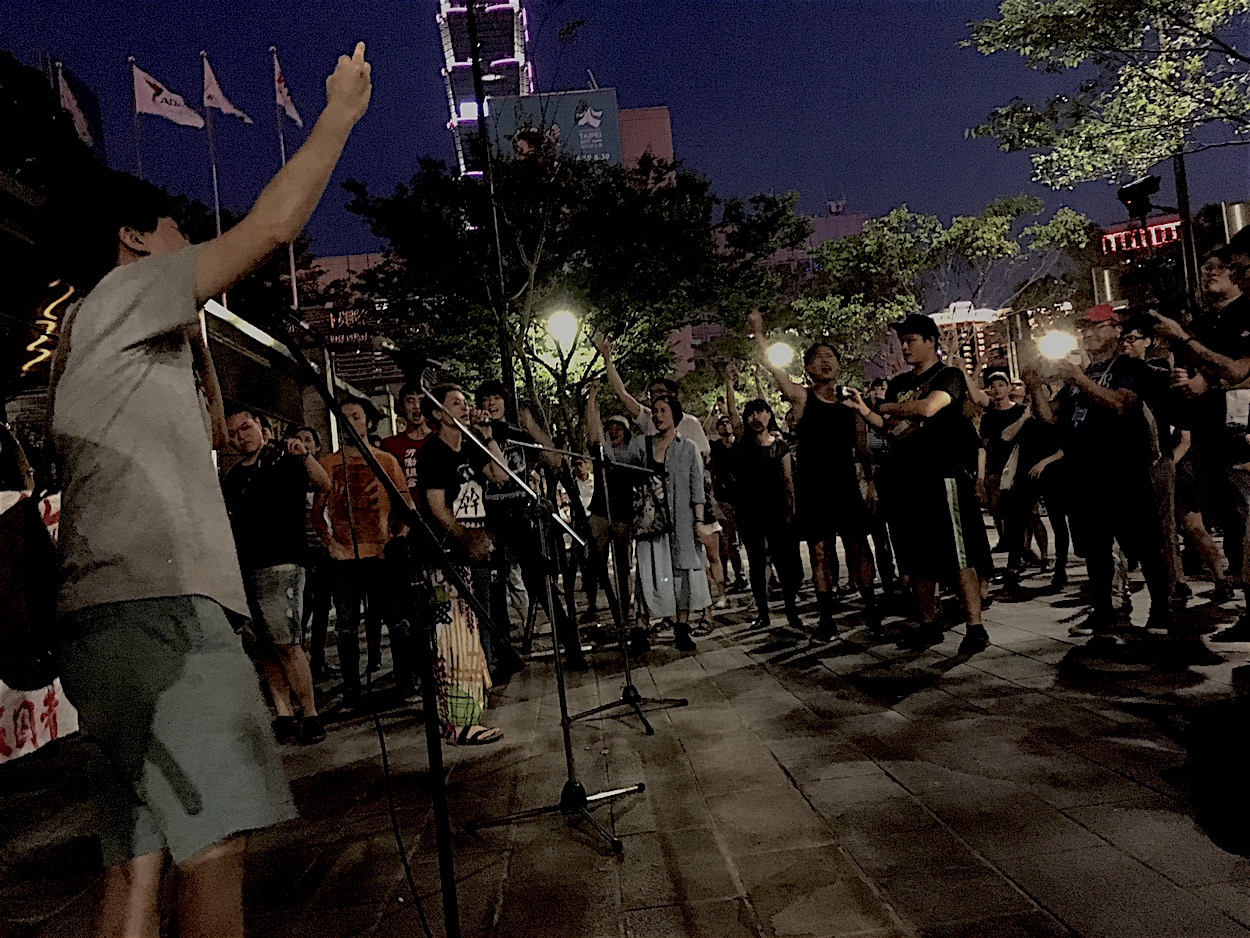 Notably, although not very large, the demonstration today would be the first solidarity rally for detained Hong Kong activists held in Taiwan. The announcement of the event with only short notice may have been a contributing factor in lower attendance, as well as that this was an event organized by splinter groups from the Sunflower Movement, not the movement mainstream. Movement mainstream leaders such as Lin Fei-Fan or NPP legislator Huang Kuo-Chang issued public statements condemning events in Hong Kong through press conferences, presumably not organizing direct solidarity rallies for fear that this might be used against the NPP by political enemies. Likewise, demonstrations today notably focused less on Umbrella Movement leaders such as Joshua Wong, Nathan Law, and Alex Chow, and more on activists arrested for protests against development plans in the Hong Kong New Territories, related to and involving a number of the same participants, but not directly a part of the Umbrella Movement. Such individuals have received less public attention as a result.

It is to be seen if more rallies will be held in the future, as well as what responses from Hong Kong will be. Certainly, the Hong Kong government does not seem likely to relent anytime soon on its actions, very likely hoping to draw a line in the sand to prevent future demonstrations with the present detention of Hong Kong activists.