HONG KONG’S ANNUAL pro-democracy march took place yesterday, with an estimated 50,000 taking to the streets. The previous year saw 60,000 in attendance and so this year marked a decline from previous years. But a showing of 50,000 is substantial nonetheless. The theme of the march was “End one-party rule, reject Hong Kong’s decline” and the march marked twenty-one years since the handover of Hong Kong from British control to Chinese control.

As with last year, police did not allow the march organizers, the Civil Human Rights Front, to start the march at its traditional starting point of the Victoria Park football pitches. Instead, both this year and last year, the football pitches were given to a pro-Beijing group celebrating the handover as a positive event, and marchers were made to begin their march at the Victoria Park lawn instead. 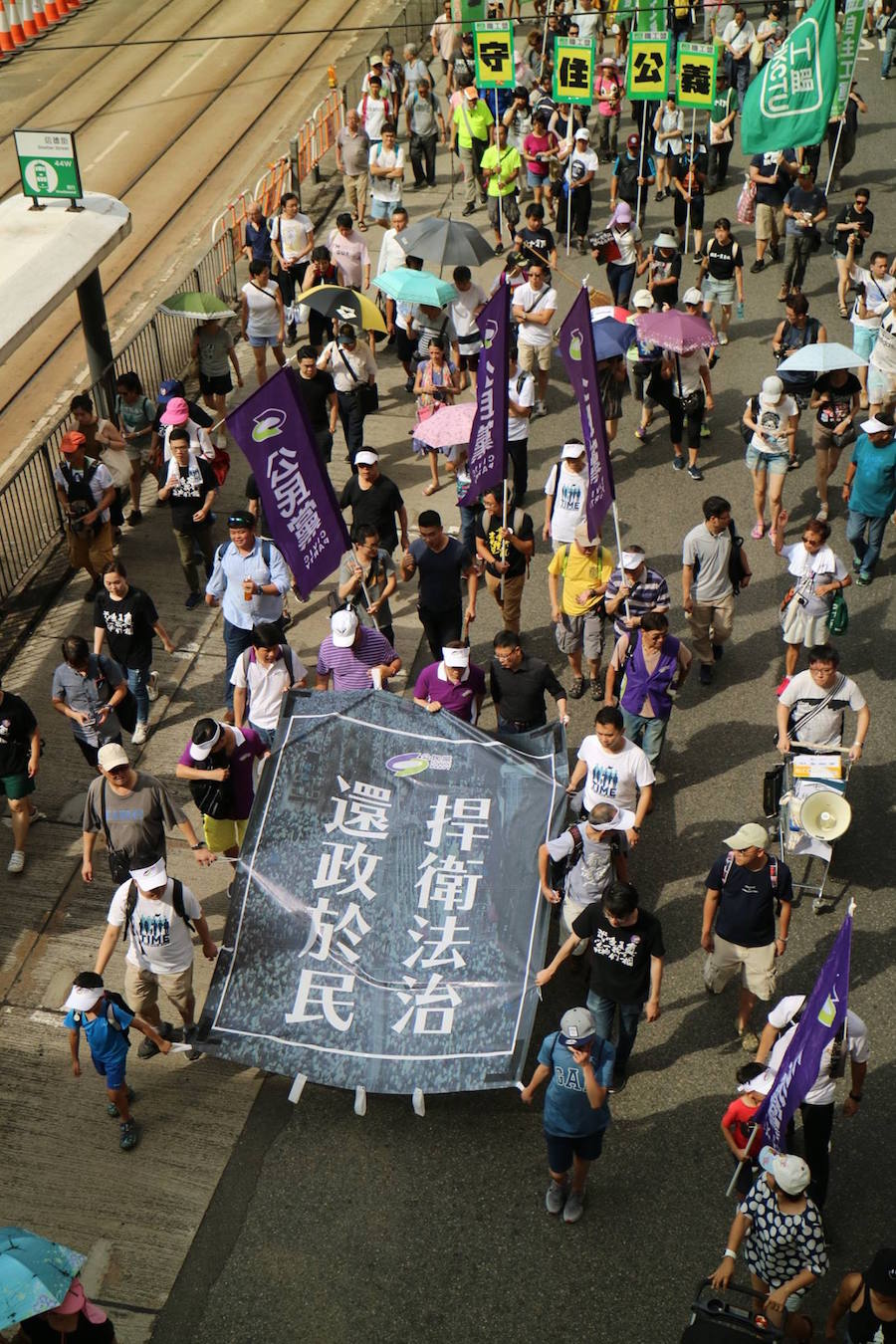 This has been justified as because pro-Beijing groups as the Hong Kong Celebrations Association have statuses as charitable organizations, which the Civil Human Rights Front does not have. However, in line with the general decline in Hong Kong’s political freedoms in past years, more likely Beijing and its intermediaries on the Hong Kong government intend to to restrict the freedom of pro-democracy demonstrators to assemble.

While the Civil Human Rights Front attempted to challenge the police decision to move the site of the demonstration, this failed. In general, legal challenges against the Hong Kong government generally seem doom to failed in the face of a system of laws whose meaning has simply become whatever is convenient for Beijing at any given moment. Hong Kong Celebrations Association head Cheng Yiu-tong stated before the rally this year that he expected possible confrontations with counter-demonstrators which could even lead to a “riot,” but this did not take place. With the increasing use of violence by pro-Beijing mobs against critics of China, it may be, in fact, that pro-Beijing groups actually hope for confrontations in order to try and smear the pro-democracy movement in Hong Kong by provoking demonstrators into violent confrontation.

Likewise, police warned that actions might be taken against those who did not follow instructions, such as those who refused to gather at the Victoria Park lawn and instead tried to gather at the Victoria Park football pitches, or tried to join the march midway. As such, it was a question as to how severe police actions would be during the protest. Even if the demonstration took place mostly without incident, such questions will increasingly be up in the air for any large-scale protest in Hong Kong going forward. Apart from the annual July 1st demonstrations, this could widen to include other events, such as the annual Tiananmen Square Massacre commemoration on June 4th. 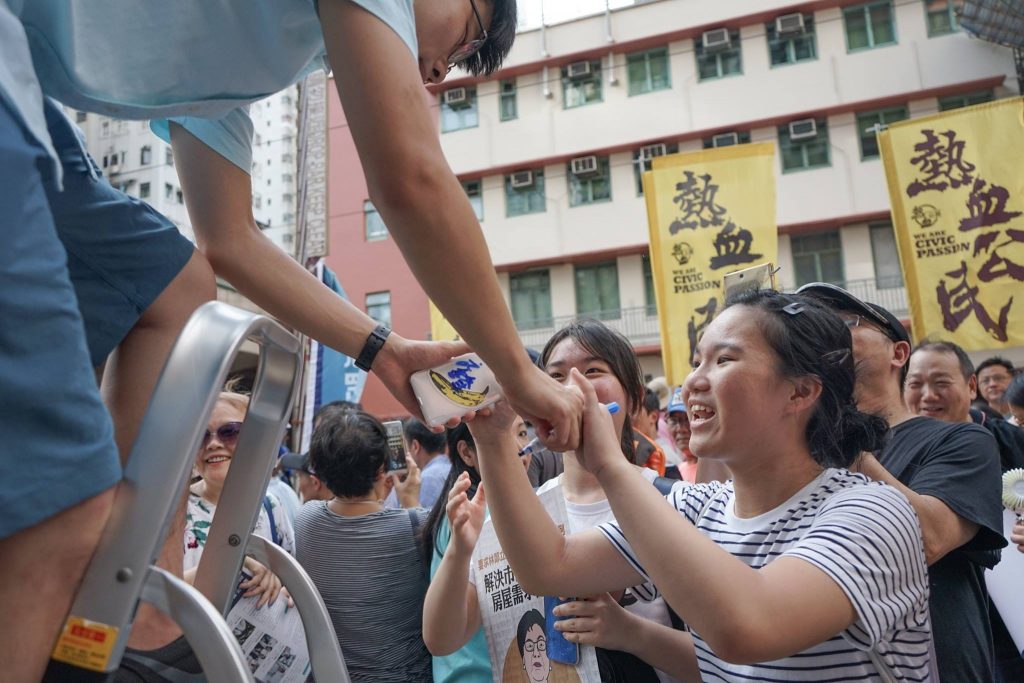 As with past years, localists and a number of Hong Kong student unions refused to attend the rally, instead holding alternative forums. This resembles how localist groups also refuse to attend other “mainstream” democracy movement events such as the annual Tiananmen Square Massacre commemoration, instead holding alternative gatherings. Debates regarding the future course of actions to secure democracy in Hong Kong remain unresolved as ever.

However, one generally expects China to continue efforts at shrinking any remaining space that democracy movement groups, groups calling for greater autonomy for Hong Kong, or localist groups currently have in Hong Kong. China may simply intensify such efforts in the future and the absence of thinking about new and innovative ways to challenge Beijing’s rule in Hong Kong and to stir the Hong Kong people to action may be what is most visible in the Hong Kong democracy movement at its current impasse. Time will tell, but it may be that in this regard, Hong Kong is currently at a crossroads.