What Lessons Should We Take Away From Panama Breaking Ties With Taiwan?

SEEING AS Latin America has long been a diplomatic battleground for Taiwan and China, with China hoping to poach Taiwan’s remaining diplomatic allies and Taiwan attempting to hang onto them, news of Panama deciding to break ties with Taiwan in favor of recognizing China should not be the most surprising. Similar news came in December of last year when the small African nation of São Tomé and Príncipe decided to recognize China instead of Taiwan in a move some saw as China’s attempt to punish Taiwanese president Tsai Ing-Wen for not recognizing the 1992 Consensus some months into her presidency.

While China, of course, wishes to intimidate Taiwan and to create the perception that Taiwan’s international space is shrinking through its victory in convincing Panama to acknowledge China rather than Taiwan. In the past, by offering generous aid packages, China and Taiwan both engaged in “dollar diplomacy” and attempted to outbid the other for diplomatic recognition by Latin American countries, as a result of which Latin American countries sometimes sought to play both countries off of the other in order to gain maximum benefit. However, the past decade of China’s economic and political rise has led to increasing difficulties for Taiwan attempting to outspend China, as a result of which Taiwan has had to back away from past policies of “dollar diplomacy.” 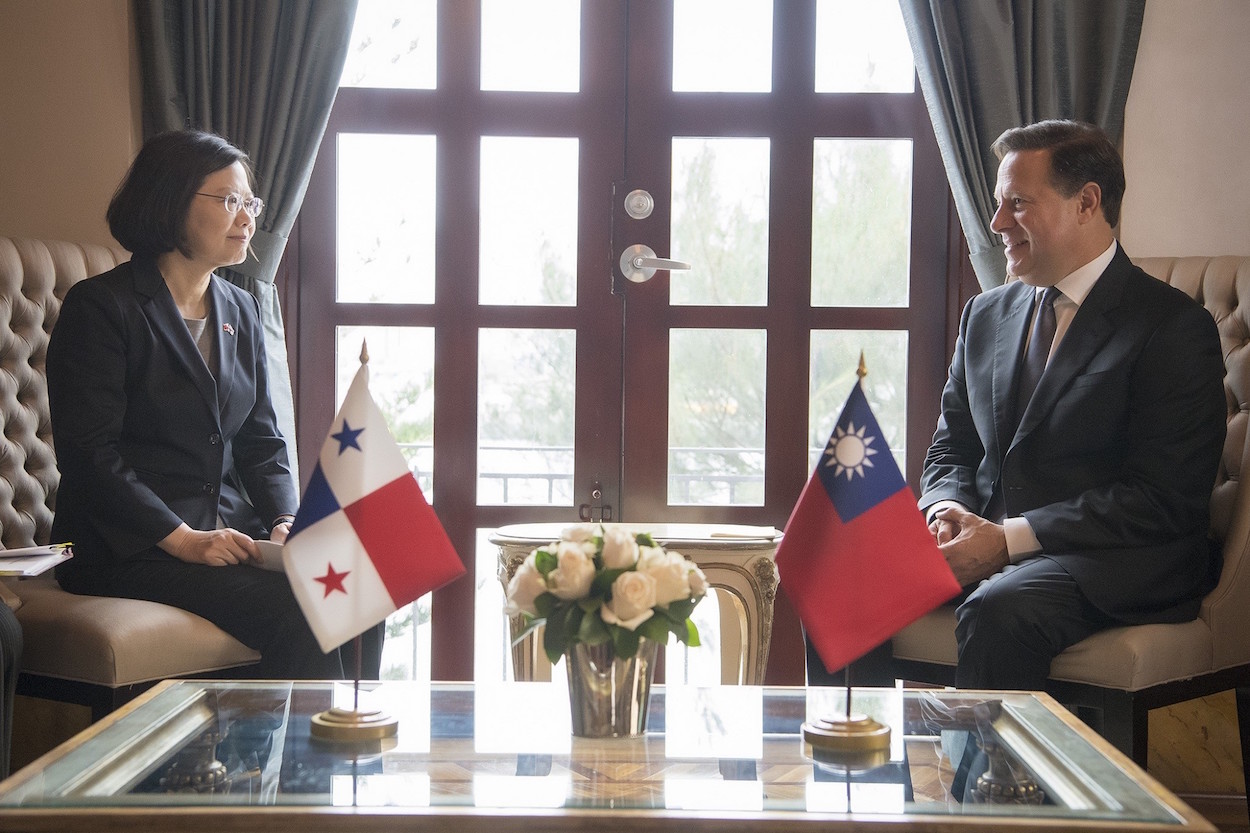 Taiwan is usually much larger than its diplomatic allies, both in terms of size of population and economy. According to the CIA World Factbook, Panama has a population of approximately four million as compared to Taiwan’s 23 million, for example, and it’s GDP in 2016 was $93.12 billion to Taiwan’s $1.127 trillion, making Panama the world’s 86th largest economy out of 200 or so countries in the world to Taiwan being the 22nd largest economy. Similarly São Tomé and Príncipe has a population about 200,000 and a GDP of $694 million in 2016, making it the 208th largest economy in the world.

Although Taiwan offers medical assistance and other benefits to its diplomatic allies, in recent years, China has had much success in the international diplomatic arena through subsidizing infrastructure development projects in countries it wishes to lure into its orbit and this may be no different with Panama. In particular, Chinese investment is high in Panamanian ports and waterways, seeing as Chinese firms have their eye on Panama’s potential as a hub of maritime commerce.

As many have raised, China poaching Taiwan’s diplomatic allies may actually only serve to push Taiwan further away from China, only reinforcing the view in Taiwan that China bullies Taiwan in international affairs. Likewise, the end of diplomatic relations between Taiwan and Panama means the end of Taiwanese aid programs to Panama, as well as fellowships encouraging Panamanian students to study in Taiwan. But the lack of diplomatic recognition of Taiwan by Panama does not significantly change Taiwan’s status in the international community either which way, seeing as Taiwan remains unacknowledged by the international great powers whose diplomatic recognition is more significant than that of smaller countries as Panama or Taiwan’s remaining Latin American allies, particularly the United States. And so China may have more to lose from pushing away the Taiwanese populace through its international bullying of Taiwan than it has to gain. China even only comes off as petty in international relations through how it treats Taiwan, which it claims as an integral part of its sovereign territory.

Yet although in this way, any claims that there is anything particularly significant to Panama breaking ties with Taiwan are overstated, we also do well to sound a note of caution. Panama breaking ties with Taiwan returns to Taiwan’s fundamental dilemma of its lack of acknowledgement by the international community. Taiwan is not acknowledged by any of the large, powerful countries from which diplomatic recognition would be significant. On the other hand, Taiwan is acknowledged by a number of smaller countries without any especial international sway.

Namely, other nation-states will always base their decision-making process on whether to acknowledge Taiwan or China on the basis of rational interest. For large, powerful nations, it makes no sense at all to recognize Taiwan instead of China, then, seeing as China is and always will be many times larger than China. China is therefore politically and economically more important than Taiwan and for larger states. On the other hand, why smaller nations have sometimes continued to recognize Taiwan is because they may still have something to gain from acknowledging Taiwan over China because of Taiwan’s desperation in retaining what few diplomatic allies it has or because they have to gain from playing Taiwan off of China and vice-versa. If they were, in fact, larger and more powerful nations, very likely they would have switched recognition to China already. That would simply be rational interest at work. 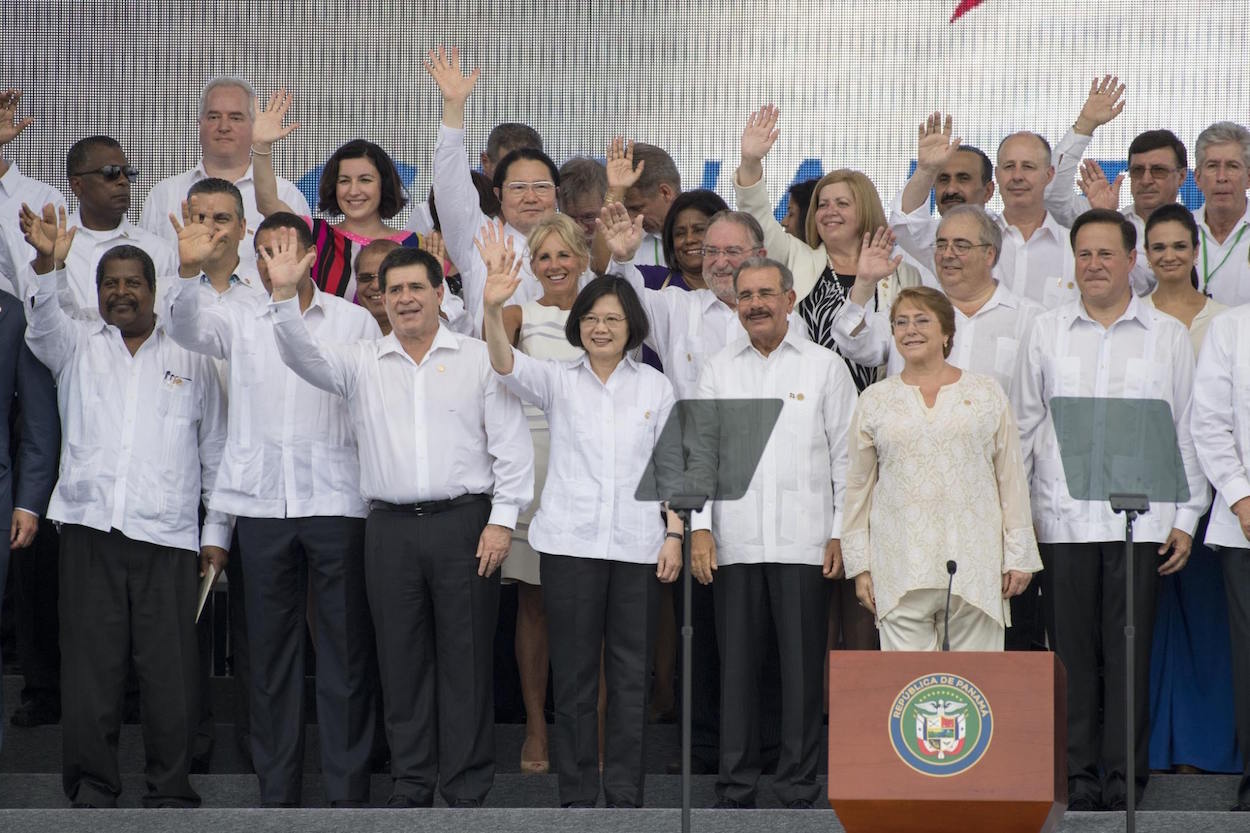 As such, this raises the need for Taiwan to consider more permanent solutions to the quandary of its inability to separate itself from the notion of a “One China” which demands either the recognition of the Republic of China or the People’s Republic of China. Taiwan will never be able to outfight China when it comes to “dollar diplomacy” and, beyond a certain point, it is in the rational interest of no nation whatsoever to recognize Taiwan over recognition of China. Taiwan’s current diplomatic allies may not be of any real help to Taiwan in international affairs, and the gradual loss of these diplomatic allies may not have any real negative effects on Taiwan. Taiwan probably should not, in fact, spend a disproportionate amount of resources on seeking the recognition of diplomatic allies which recognition from will not fundamentally benefit its position in the diplomatic community.

Yet this does not mean that Taiwan should simply sit on its haunches and wait to become a de facto independent country which is not recognized by any nation-states whatsoever. Panama and other countries simply have their rational interest in mind when deciding to switch diplomatic recognition from Taiwan to China. Rather than lash out at Panama, particularly regarding the claim that Panama had simply been bought off by China, we do well to note that the same considerations which underlie Panama’s decision-making process in this matter is fundamentally the same as the considerations of every other country when it comes to evaluating how to weigh support of Taiwan versus support of China, which is why the great powers of the international community switched recognition from Taiwan to China decades ago.

And though for Taiwan to lose its remaining diplomatic allies may not have any real effect, or may even push the Taiwanese population even further from China, this set of circumstances in which Taiwan is permanently excluded from the international community cannot be made into Taiwan’s permanent state of being. The political and economic rise of China has already marginalized Taiwan. However much some may hope for some apocalyptic scenario a la Gordon Chang’s “Coming Collapse of China” or put their faith on the slowing of the Chinese economy to check China’s rise, Chinese power is not going to go away anytime soon. Consequently, China will remain a threat to Taiwan so long as China continues to make territorial claims on Taiwan and Taiwan remains excluded from the international community in way that China’s claims of sovereignty over Taiwan go unquestioned. Hence the need to seriously consider permanent solutions to solve Taiwan’s diplomatic marginalization rather than simply wait out the status quo and hope for the best. This should be what the loss of Panama or any other country as a diplomatic ally should raise for Taiwan. If one should not take China’s attempts at intimidation too seriously, then, this should be sobering nonetheless.