LAST WEEK, Taiwanese Minister of Foreign Affairs David Lee assured a forum of experts that the country’s international alliances would be stable for some time to come. He may have spoken too soon.

In a shocking turn of events, the island nation of São Tomé and Príncipe broke off relations with Taiwan days later, reportedly giving only five hours of notice. Until this rupture, 22 nations across the world recognized Taipei, under the formal name of Republic of China (ROC), rather than pay obeisance to Beijing and the People’s Republic of China. Now that number drops to 21.

The Ministry of Foreign Affairs (MOFA) has issued a strongly-worded statement in response: It “deeply regrets São Tomé and Príncipe’s decision to sever diplomatic relations with the ROC” and is preparing to end bilateral activities.

Before this, the geopolitical waters had appeared to be calming, following the uproar in the international media over the phone call between President-Elect Donald Trump of the United States and President Tsai Ing-wen of Taiwan. The major foreign policy issue on Tsai’s plate was an upcoming January trip to Central America, featuring an itinerary with Nicaragua, Guatemala, Honduras, and El Salvador.

American officials had earlier this month rejected China’s request that Tsai “be prevented from making a stopover” in the United States along the way. The State Department affirmed Tsai’s transit stops as a normal, “long-standing U.S. practice.” There were even rumors of a potential face-to-face meeting with Trump, were the stop to be made in New York.

Now, with the defection of São Tomé and Príncipe (total population = <200,000 people, independent from Portugal in 1976), sources in Taiwan’s diplomatic circles worry that the Vatican or the Dominican Republic could be poached next. Potentially wavering ties with Nicaragua must also be reinforced.

A Return to Checkbook Diplomacy?

THE BREAK with São Tomé and Príncipe hearkens back to an earlier era of “checkbook diplomacy” or “dollar diplomacy.” Small island-states and other developing countries played Taipei and Beijing off one another, aiming to wring out ever-more financial aid in exchange for diplomatic recognition.

Earlier this year, São Tomé and Príncipe had requested what Lee described as an “astronomical amount of foreign aid.” Some reports indicate it had demanded upwards of $210 million in new funding and loans, which MOFA considered “demands beyond those the ROC could meet.”

This sad state of affairs pushes international relations to the lowest common denominator: greed and self-interest. The decision by São Tomé’s leaders sheds two decades of cooperation and friendly ties in the areas of public health, agriculture, infrastructure, energy, and education.

One striking achievement from the bilateral relationship was the reduction in incidences of malaria “from 50 percent in 2003 to 1.01 percent in 2015,” guided by a team of ROC malaria specialists. The World Health Organization considered the country in pre-elimination stage for malaria in 2013.

Flag of São Tomé and Príncipe

Despite these real gains for the populace, the government in São Tomé has instead been intent on “playing both sides of the Taiwan Strait while holding out for the highest bidder,” the MOFA said in its statement of protest.

The Lusa news agency reports (in Portuguese) that São Tomé and Príncipe intends to “recognize the PRC, accepting Beijing as the only legitimate Chinese government.” Beijing will likely reciprocate, though it has yet to make an official announcement about re-establishing relations. So far, the PRC Foreign Ministry spokesperson has simply crowed that, “by cutting ties with Taiwan, São Tomé and Príncipe is showing its recognition to [sic] the one-China principle.” The spokesperson denied that China was dangling massive funds to precipitate the break, but confirmed that it had set up a liaison office for trade and cultural exchanges in November 2013.

In the meantime, bilateral aid programs that directly benefited citizens will be jettisoned in favor of cold, hard cash—presumably to be managed by a government that got the country into its current fiscal mess in the first place.

THIS PROBLEMATIC outcome raises two sets of interrelated issues. For eight years, Taiwan and China refrained from taking each other’s allies, in a “diplomatic truce” to end checkbook diplomacy and bring stability to cross-Strait relations. However, since Tsai’s election, China has expressed increasing unhappiness at her hesitance to mouth the same words, “1992 Consensus”, as previous President Ma Ying-jeou did.

Tsai has gotten close—arguably going quite far for a DPP president—by discussing the “historical fact of the 1992 meetings” and “the spirit of cooperation” that animated the outcomes, though she has refrained from fully adopting the KMT line.

However, the Communist Party has insisted that not just the diplomatic truce, but peaceful cross-Strait development can be maintained “only by sticking to the 1992 Consensus and its core meaning—that both sides of the Taiwan Straits belong to one and the same China,” as the Taiwan Affairs Office spokesperson intoned earlier this year. 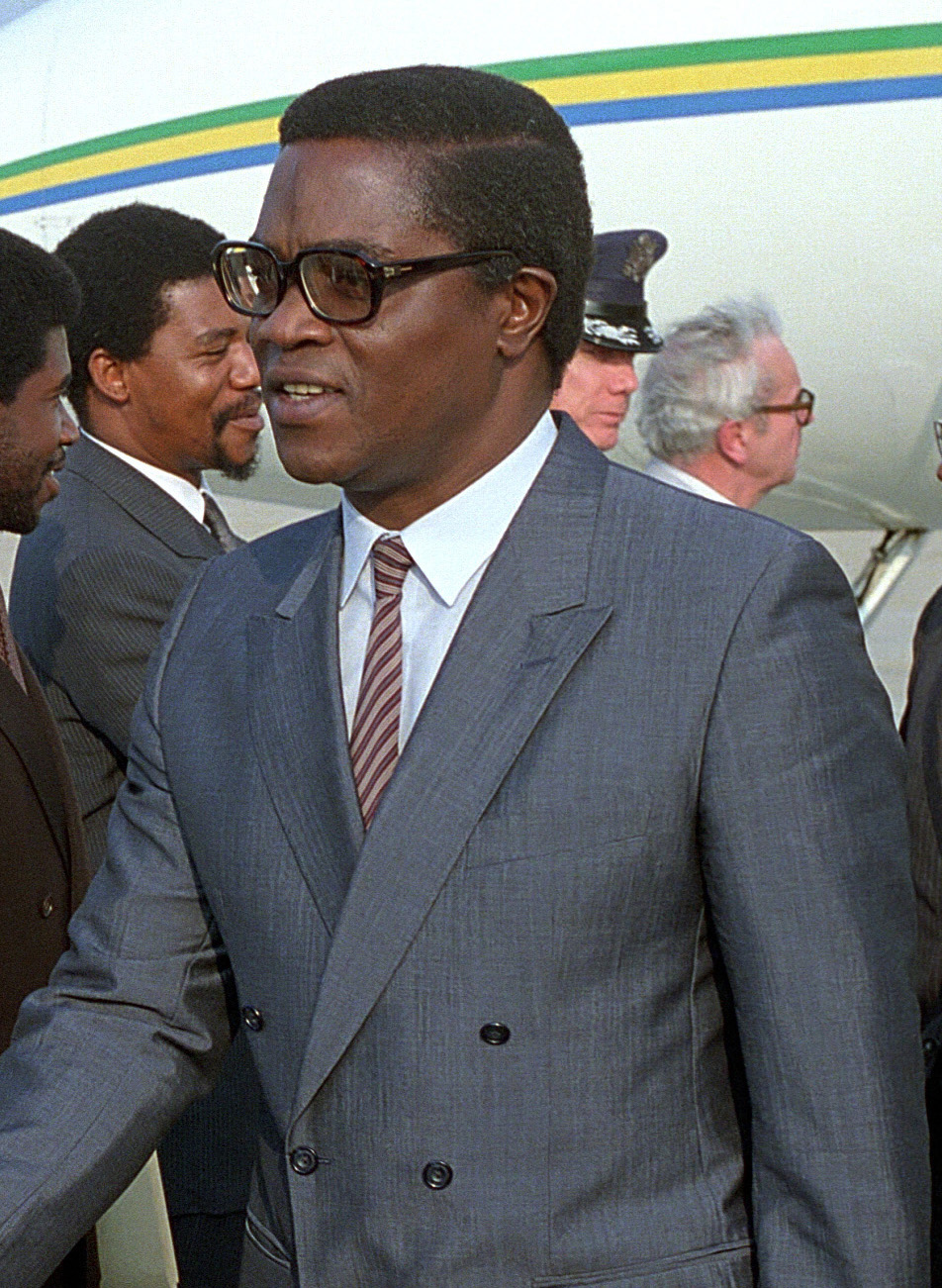 Storm clouds have been gathering for months, with most cross-Strait communication mechanisms suspended and tourist travel from China reduced. Warnings from China have multiplied. Now comes São Tomé.

If the Ma administration’s “diplomatic truce” is now at an end, what will replace it? Though Taiwan only has official ties with less than two dozen nations, it maintains strong economic, cultural, and even military ties with much of the rest of the world, including the United States and Europe. Many countries have set up liaison offices that function, for all intents and purposes, as embassies.

If cross-strait relations normalize, there are hopes these relations could eventually be upgraded through free trade agreements, high-level visits, or other forms of recognition. Conversely, if relations deteriorate, there are fears China could try to peel off more allies.

A SECOND ISSUE is that in a straight-out economic competition, Taiwan cannot keep up with China, the world’s second-largest economy, in terms of funding promises. This begs the question: On what basis should foreign relations be conducted?

While the loss of an ally is distressing, some commentators feel a $100-200 million price tag was far too high simply to keep diplomatic ties. Taiwan is often at risk of being taken advantage of by actors who know the government’s readiness to “make nice” to secure a presence on the global stage. The temptation of dollar diplomacy might be effective in the short run, but it eventually feeds an effect where less-scrupulous governments could demand more of the same.

The China Post has called for a reevaluation of foreign aid as a diplomatic strategy entirely, yet in most countries, appropriate aid from the developed to the developing world forms a normal part of international relations—particularly as the implementation of the UN Sustainable Development Goals gains momentum.

For larger powers not in need of development assistance, and with whom Taiwan ostensibly shares stronger ties, problems still remain. The Trump-Tsai phone call lays bare some of these worries, such as the concern that Beijing will not directly lash out against Trump for the phone call, but may seek to “punish Taiwan rather than the United States.” 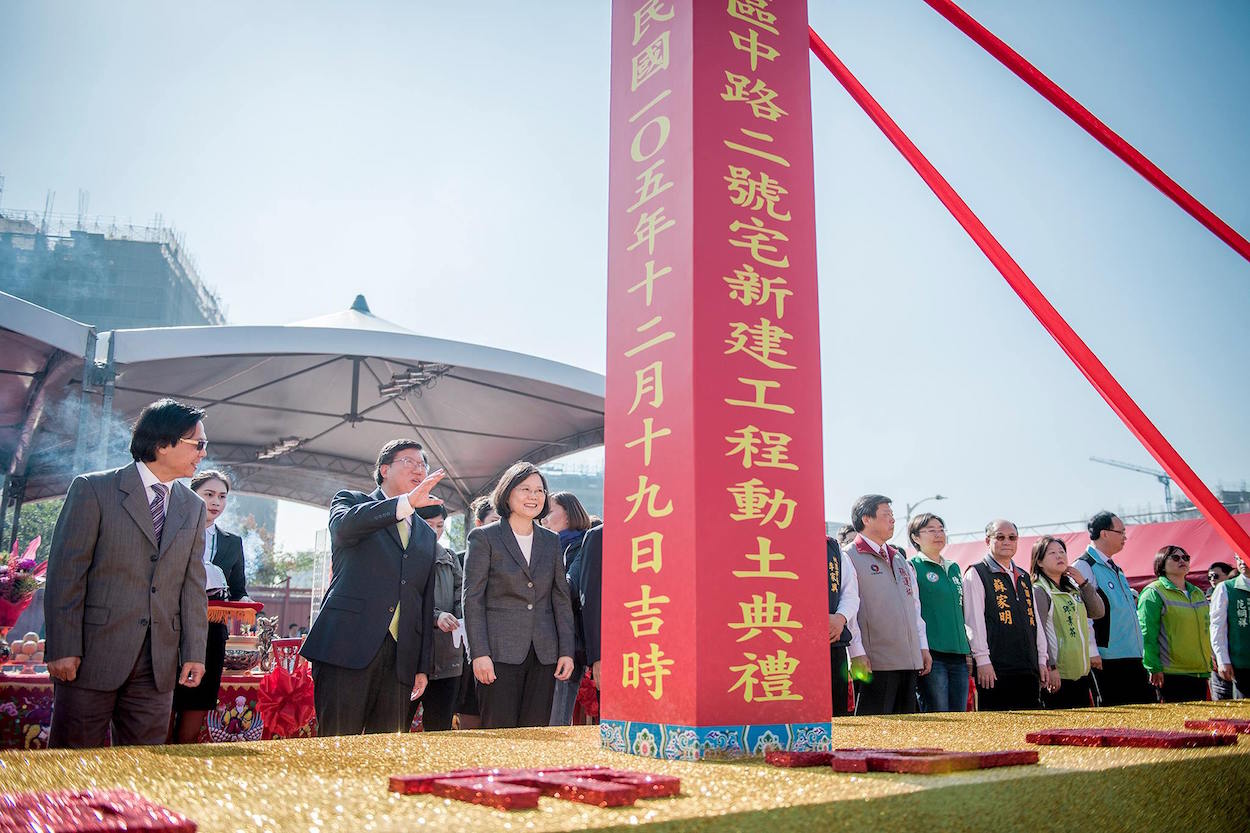 There are also perennial fears that Taiwan will become a way station to offload older military equipment at exorbitant prices; or worst of all, that the country might be “traded away” as a bargaining chip for Trump to secure a trade deal with China. A statement by several Sunflower Movement leaders explains this existential dread and calls for solutions.

These challenges show why it is imperative for Taiwan’s relationships to be built not solely on what one party can do for another, but on a deeper normative basis. Taiwan must seek out common values with its allies, as well as common interests. Only then will relations be separated from soulless calculations of aid. Instead, they can be embedded into a network of tangible and intangible connections: a common sense of humanity; respect for democracy; innovation and entrepreneurship; burgeoning island cultures. Much more creative thinking is needed.

Despite the lack of a solution for São Tomé and Príncipe, the Tsai administration has refused to revert to bad habits. In its statement, the Presidential Office noted that it would not engage in a “diplomatic contest based on money.” It maintains its stance that checkbook diplomacy is a thing of the past, and that transparency, maturity and legislative oversight will keep it that way.

This is a good approach for the moment, but as the pressure ratchets up, Taiwan must reimagine its foreign policy soon.