Do The “Rising Tensions” International Media Speaks Of Correspond To Reality In Taiwan?

THE SPECTER of “rising tensions” or in Taiwan or ever-worsening relations with China as a product of ramped up cross-strait anxiety is a trope of reporting about Taiwan which urgently needs to go away. International reporting about Taiwan, usually coming from journalists based out of Beijing sometimes leads to the impression that mass panic and hysteria has set in Taiwan about the possibility of attack from China when the majority of Taiwanese are simply going about their daily lives as usual, cross-straits tensions quite far from their everyday concerns. This has been particularly the case regarding reporting on a Chinese carrier group passing by Taiwan and diplomatic ally São Tomé and Príncipe breaking with Taiwan.

Indeed, this situation more generally reflects the problem that international reporting on Taiwan is abrogated under reporting on China, and is treated as a subsection of journalism on China. Does it really make sense to treat Taiwan as simply a part of China when it is has different laws, a different government, and has not been controlled by the same political entity which controlled the Chinese mainland at the same time since 1895?

One need not even agree with pro-independence claims about separate Taiwanese identity or culture in order to agree that this is sloppy journalism. As such, international news coverage about Taiwan tends to view Taiwan only through a China lens and displaces the voice of Taiwanese from reporting on Taiwan. And as a result, international news is prone to uncritically accepting Beijing’s narrative about Taiwan. 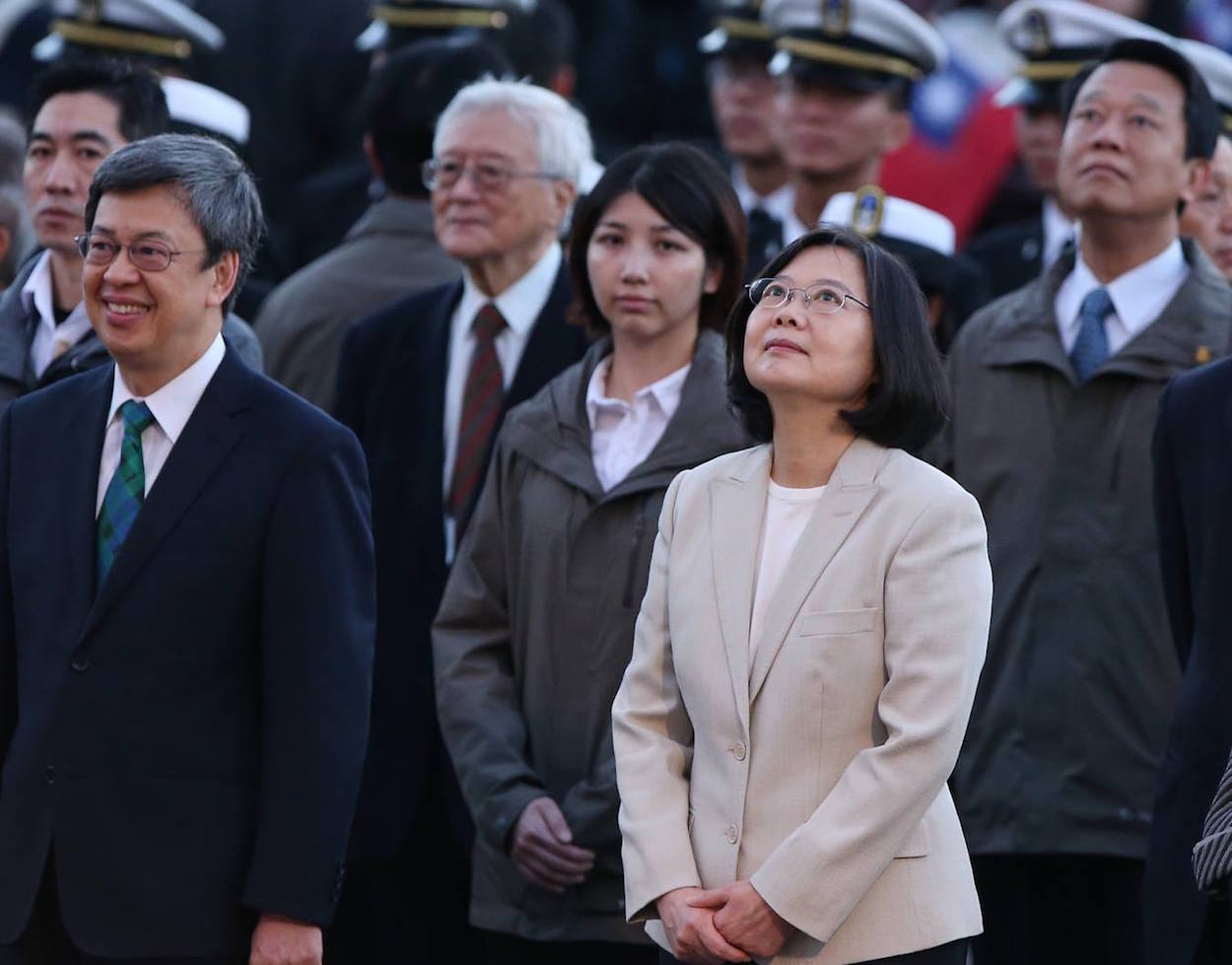 It is certainly within Beijing’s interests to downplay the strength of independent Taiwanese identity, as distinguished from Chinese identity, or to suggest that Taiwanese politics are not truly independent if China is capable of wreaking havoc on political discourse in Taiwan through cross-strait threats. Creating the illusion of mass panic within Taiwan about the possibility of Chinese attack leads members of the international community to view Taiwan as a lost cause, as well as the view that Taiwanese only passively react to threats by Beijing, or would not act in defense of challenges to their political independence from Beijing.

Again, this returns to the fact that international reporting on Taiwan usually is done by journalists sitting in front of their computers in Beijing, some 1,700 kilometers away. At best, a journalist usually based out of Beijing might make an effort to make a day trip to Taiwan, but even then, such journalists only talk to selective sources that probably do not really rupture the China-centered lens in which journalists view Taiwan and the bubble world about Taiwan reporting which occurs in international journalism consequently.

Frankly, this is not a problem unique to journalism. In academia, the Taiwan Studies are more or less, academically, a subset of the China Studies. As a result of this, Taiwan Studies sometimes itself has a China-centered focus and academics working in the Taiwan Studies may continue to view Taiwan through what fundamentally remains a China-centered lens. Likewise, whether in journalism or academia, one also finds that views of Taiwan are skewed by journalists or academics who have not spent much time outside Taiwan’s capital of Taipei. Taipei differs linguistically, culturally, and demographically from the rest of Taiwan, as a seat of economic privilege and political power, as well as a waishengren stronghold. This is to the extent that it is sometimes joked that Taipei might as well be a different country from the rest of Taiwan and that residents of Taipei travel more often to other countries than to the rest of Taiwan. 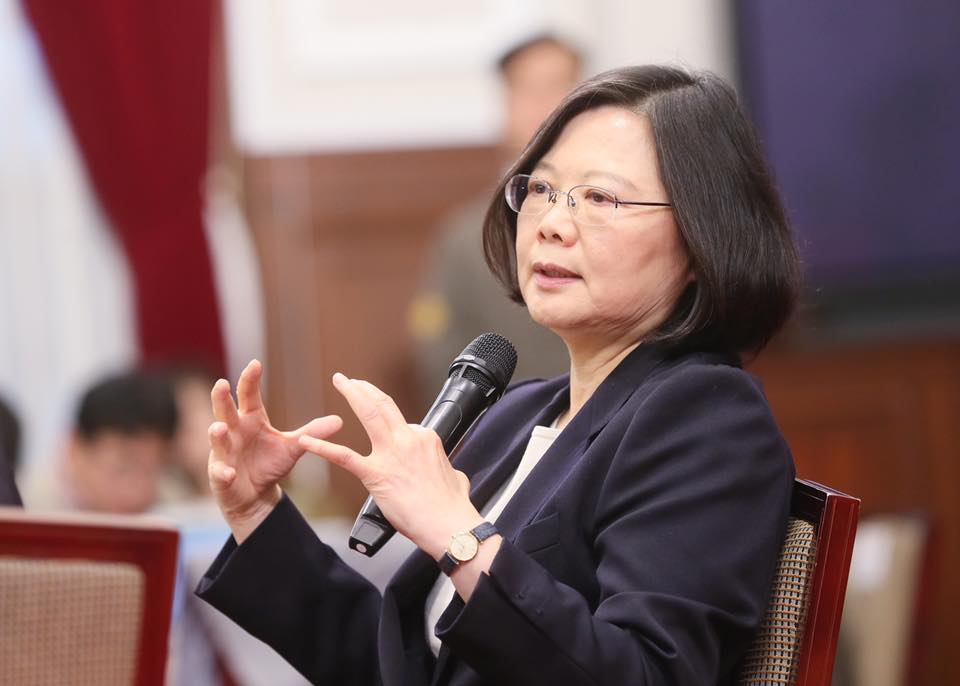 Nevertheless, as current events show, through conjuring up the specter of widespread social unrest within Taiwan in a manner which does not correspond to reality, international media is simply being duped by Beijing. Acts such as the recent Chinese naval convoy which passed by Taiwan, including China’s first and only aircraft carrier, the Liaoning—a former Soviet vessel purchased from the Soviet Union originally slated to be turned into a floating casino—are merely an act of political theater. For better or worse, these have not caused mass panic within Taiwan. But, with the resurrection of tropes dating from the Third Taiwan Straits Crisis in the mid-1990s, although more than twenty years has passed since then, the hands of time remain frozen for international media.

In particular, Beijing should have no real difficulty gathering intelligence on the sentiments of the Taiwanese public at any given moment, given that Taiwan is a democracy with freedom of expression and freedom of press. Even if Beijing oftentimes shoots itself in the foot when it comes to fanning up opposition to Hong Kong, Taiwan, and elsewhere, Beijing itself perhaps realize that such acts may not have any real chilling effect on the Taiwanese public. However, Chinese naval convoys or aircraft passing by Taiwan are still effective as political theater aimed at affecting international perceptions of Taiwan through media coverage. As such, they prove useful in shaping public opinion in moments such as the present, in which the geopolitical relations of the Asia Pacific seem set for a shift under incoming American president Donald Trump.

Yet will international media be China’s unwitting accomplice in this? If so, this would be construction of a fictional reality that ends up having a very real effect on Taiwan. One does not really expect to change in the near future. Whether in the Asia Pacific or elsewhere, international media quite often simply dances to whatever tune that the pied piper plays. But as such, it remains critically necessary to call out international media where its reporting on Taiwan is simply wrong, beyond even partisan claims about what the international status of Taiwan should be, and simply misrepresenting events as they are.