The Specter of China “Shutting Off” Trade to Taiwan

WITHOUT READING between the lines and probing deeper, many recent news reports make it seem as though after the election victory of Tsai Ing-Wen, China would be seeking to marginalize Taiwan economically by “shutting off” trade to Taiwan. It is reported, for example, that the numbers of Chinese tourists visiting Taiwan are declining, which would have severe ramifications for Taiwan’s economy. Or reporting China is seeking to ban Chinese students visiting Taiwan, which would affect Taiwan’s universities insofar as Taiwan’s universities are lacking in students and need an influx of students if they are to continue operating at current levels in the future.

But truth is not so simple as easy journalistic tropes would have it. As pointed out by Michael Turton, for example, tourist numbers from China did not actually fall after Tsai Ing-Wen’s victory in 2016 presidential elections in January and at times when Chinese tourist numbers fall, they are made up with by increases in tourist groups from other countries. Likewise, the Taiwanese Ministry of Education has stated that it is currently not aware of any planned ban in Chinese students not being allowed to study in Taiwan by China. 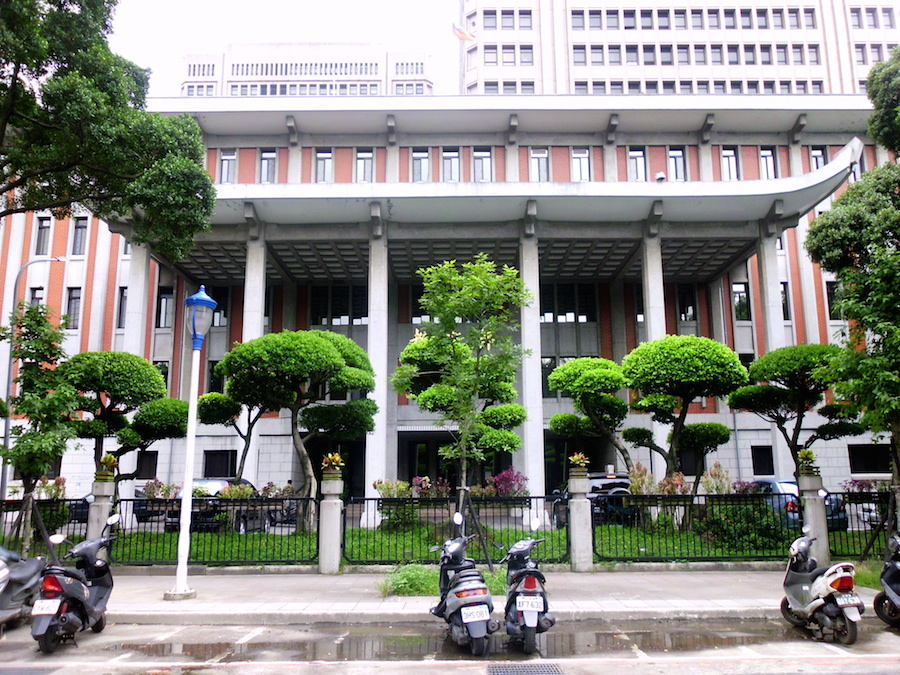 Nevertheless, the reason why news coverage regarding Taiwan buys so easily into the trope of China being able to severely affect the Taiwanese economy is because of the lingering perception that the Taiwanese economy is a mere drop of the bucket compared to the Chinese economy and that China limiting trade with Taiwan would severely impact Taiwan. This returns to the perception of Taiwan as a small country, in which Taiwan is thought of small because it is always thought of with reference to China. After all, Taiwan’s population and the size of its geographic territory is in fact tiny compared to China.

But this disregards that the Chinese economy is in other ways heavily dependent on Taiwanese investment, by which even if the Taiwanese economy is dwarfed by the Chinese one, the economic relation of China and Taiwan is not so unidirectional that China can simply “turn off” trade to Taiwan and only Taiwan would suffer the consequences. Moreover, even if it is true that the Taiwanese economy is heavily overdependent on China at present, it is not as though Taiwan does not have other trading partners it can turn to, that Taiwan has no other options altogether if trade becomes cut off from China.

Yet we might note that the perception that the Taiwanese economy can be “shut off” by the Chinese one at will is a useful one to China and one China seeks to propagate. It is useful to China to create the perception that Taiwan is at its mercy economically in order to maximize its ability to affect international bodies’ treatment of Taiwan-China relations. When international journalism continually perpetuates the trope that China can cut off Taiwan’s economy at any time, the implication would also follow that Taiwan is small enough that its economy is insignificant in comparison to China and that it is also small enough that China can invade at any time. Through minimizing the perception of Taiwan’s size, its international economic significance, or its geopolitical defensibility, this diminishes the sense of Taiwan’s international importance and makes it more likely that potential allies would abandon Taiwan to China’s ambitions on it.

Perhaps, then, we can understand other recent events highlighted in the news in the same light. Though not actually a new event, it is recently reported that Taiwanese are not allowed into the UN Headquarters with forms of ID because of non-recognition of Taiwan. Similarly, a Taiwanese NGO was also recently rebuffed from Kyrgyzstan because of One China Policy. On a non-trade related matter, China would rescind an invitation to the Puzangalan Choir of indigenous children which sang at Tsai Ing-Wen’s inauguration.

Whether or not China’s influence is directly behind these actions or not, the perception that Taiwan is being “shut out” of the world because of Chinese disapproval of the current presidential administration in Taiwan is furthered as such. So it is useful for China to seek to amplify these news events and international journalism follows suit in shaping perceptions of Taiwan-China accordingly. But in this way, the creation of a dominant news narrative in which China is seen as the sole active agent, as influencing a passive, receptive Taiwan—unwittingly serves the interests of China where Taiwan is concerned. And this may be what China wants.