Death Of French Professor Provokes Outrage Against The Tsai Administration

THE DEATH OF French-born Jacques Picoux has led to criticisms of the Tsai administration for a failure to fulfill campaign promises suggesting the legalization of marriage equality. Picoux’s death after falling from a ten story building, with no signs of struggle, has been interpreted as a suicide by friends and acquaintances. Picoux, who was gay, appears to have fallen into depression after the death of his partner of 35 years, Zeng Jingchao, several years ago. Exacerbating Picoux’s depression would be that he was not allowed to visit his partner on his deathbed, could not participate in any medical decisions regarding Zeng, and that Zeng was unable to will any property to Picoux after his family changed his will. Picoux was a well-liked and popular French professor at National Taiwan University and an artist, well-acquainted with many influential figures in Taiwanese society, including Taiwanese New Wave director Hou Hsiao-Hsien and Lee Jen-Rong, a candidate of the Social Democratic Party in 2016 electoral elections.

Picoux’s death has led to criticism of the Tsai administration from gay rights advocates for seeming to promise legalizing gay marriage during elections, but then failing to follow up. Namely, Picoux’s death is seen as a product of his inability to marry his partner and obtain the rights that would have come from legal marriage status with Zeng. Against the criticisms of those who criticize marriage as a bourgeois institution or an outgrowth of the bourgeois family, while this may be true, so long as the bourgeois institution of marriage is not going to go away anytime soon, the denial of marriage to LGBTQ individuals has concrete real world effects in not allowing LGBTQ individuals to have say in their partner’s health decisions or to even visit them on their deathbeds. 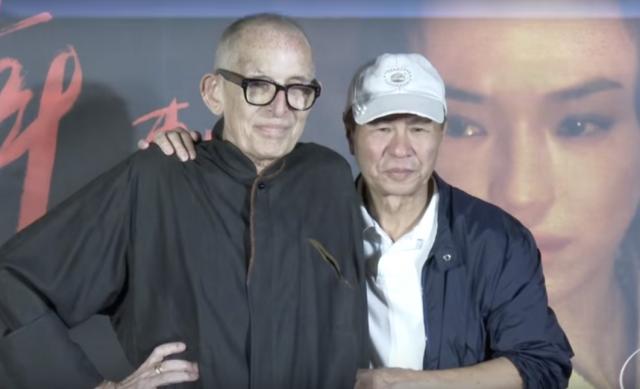 Picoux (left) next to Hou Hsiao-Hsien (right) at the premier of The Assassin, which Picoux acted in. Photo credit: NowNews

If criticism of the Tsai administration has followed suit, notably, not only has Tsai administration failed to make any moves to legalize gay marriage since being elected, but it has not even raised the issue. This has led to the accusation that the Tsai administration merely suggested support for gay marriage during elections to lure in supportive voters, when in reality is had no intention of actually moving on the matter. A similar outcry was previously provoked by an open letter circulated by a Taiwanese woman living abroad who flew back to Taiwan in the hopes of their spouse would be able to live permanently in Taiwan with spousal rights, then discovered that Tsai had not yet instituted marriage equality.

Indeed, the apparent support of the Tsai administration for gay marriage came as somewhat as a surprise. That the Tsai administration would be willing to take the calculated gamble of expressing support for gay marriage represents that support for gay marriage has become a safe political position in Taiwan, particularly after the US legalized gay marriage in June 2015. Given America’s position of global influence, the United States legalizing gay marriage set a precedent for countries across the world, particularly those with strong ties to the United States such as Taiwan. Taipei mayor Ko Wen-Je, for example, previously stated that he would consider supporting marriage equality once half of the states in the US had ratified marriage equality.

Yet Tsai’s move as presidential candidate was a surprising one, given that the heavily Christian factions of the DPP tied to the Presbyterian church are strongly against gay marriage. Where the DPP’s record on gay marriage is concerned, no less than former vice president Annette Lu, who is fond of declaring herself the “founder of Taiwan’s feminist movement,” in the past has declared AIDS to be the “wrath of God” against gay people. Indeed, if some have drawn connection between the KMT and anti-gay activism in Taiwan, it is also true that some elements of the DPP are virulently homophobic. Returning to Taiwan’s deep social and cultural ties with the United States, whether pan-Blue or pan-Green, much of anti-gay discourse in Taiwan is imported from American Christian fundamentalism.

Perhaps, as accusations currently go, Tsai merely seemed to express support of gay marriage when she did not actually commit to it, in the hopes of winning over gay voters and their allies. In support of this claim, we might note that during election campaigning the Tsai campaign did not actually state explicitly that it would legalize gay marriage. The Tsai campaign merely began to put out suggestive advertising that it was supportive in some form of LGBTQ equality, for example, through selling rainbow-colored campaign merchandise emblazoned with the word “Equality” and broadcasting campaign advertisements featuring rainbow flags. Taiwanese activists likely could have been more attentive to this fact. 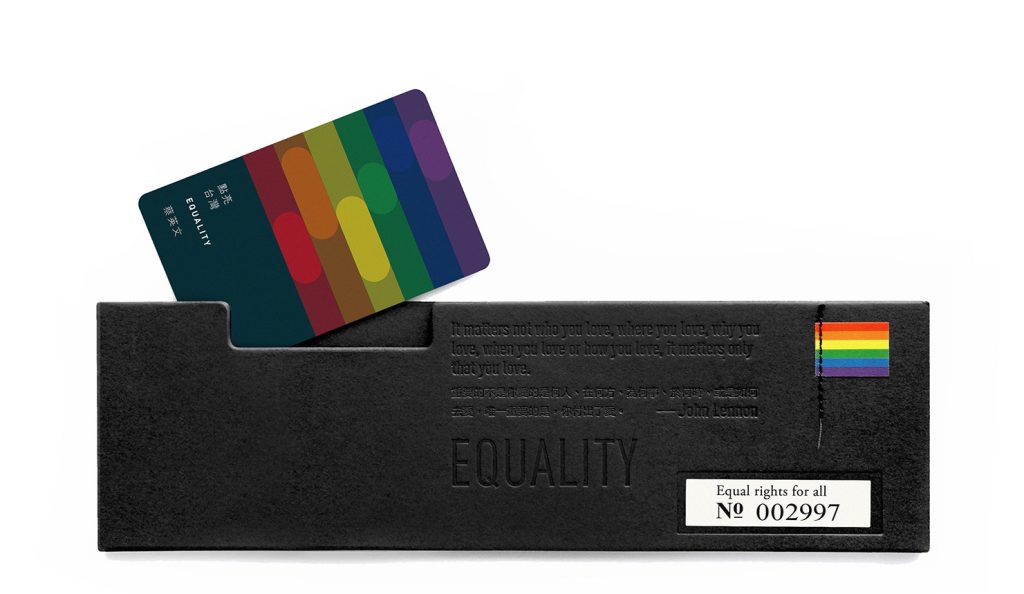 Tsai could be waiting until her second term to push further on the issue of marriage equality, with the view that it is too controversial to push for marriage equality in her first term. Given the numerous wide sweeping reforms on Tsai’s plate currently, including handling transitional justice legislation, addressing KMT party assets, judicial reform, and cross-strait relations, Tsai may see it as her having too much on her place to also tackle marriage equality at present. Or Tsai may hope to hold out promises to realize marriage equality to attract voters again during her second election campaign. Obviously, this leaves Tsai open to the accusation of politically manipulating gay voters and their allies. Otherwise, if we are to give Tsai the benefit of the doubt and assume that Tsai was sincere in pushing for gay marriage, it could be that Tsai has run into resistance from within her own party and is unable to continue with plans to legalize marriage equality.

As with other issues ranging from labor policy to cross-strait policy, it may require calling out the Tsai administration for political retrenchment before Tsai moves further on realizing marriage equality. Thus, the realization of marriage equality in Taiwan still seems quite far away and whether demonstrated in Picoux’s death or otherwise, at this point, blind faith in the Tsai administration on the matter is probably unwarranted. With Pride upcoming in Taiwan, perhaps that will be an opportunity to push on the issue.