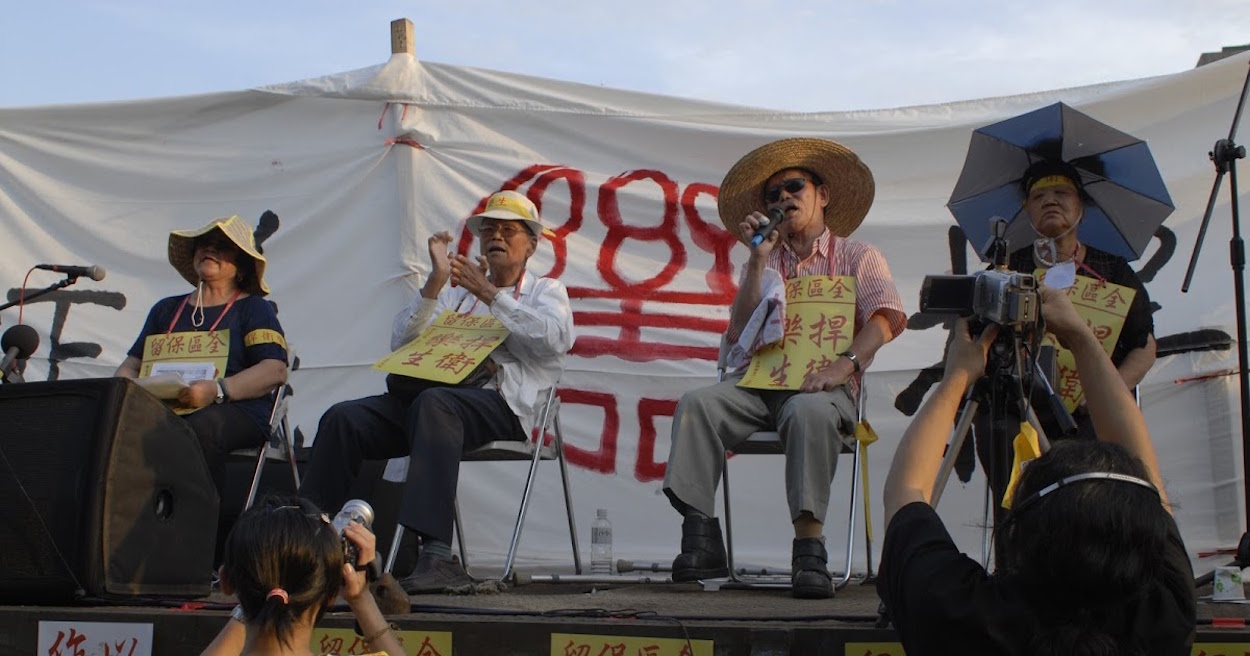 Residents of the Losheng Sanatorium have faced efforts by the government to evict them in past years, something that has led to protests. The residents of the sanatorium were originally to be evicted as part of plans to construct an MRT station. Plans for the construction of this MRT station were originally drawn up in 1994, with Losheng residents not consulted in the process of this planning. Protests against this began after 2005, with the involvement of many youth activists in one of the key social movements causes a little less than one decade before the Sunflower Movement.

Though Losheng residents were promised new housing, it was later found that this would take the form of a new hospital. This hospital was for short-term care and to be run as a business. As such, the government was very likely still hoping to displace Losheng residents.

Plans for the demolition of the Losheng Sanatorium were finally called off in 2007, after demonstrations in March and April that year which drew at their peak 5,000 participants, as well as the involvement of prominent cultural figures such as authors Chi Ta-wei, Chu Tianwen, Chu Tianxin, the artist Munch, and the video artist Chen Chien-jen. The Executive Yuan finally ruled that 39 buildings of the Losheng Sanatorium were to be preserved, with ten reconstructed or rebuilt, and only six demolished.

This was not the first protest which has taken place regarding the overpass in past years either. In October 2019, Losheng residents protested against the fact that the overpass would not have an elevator or ramp facilities that mobility-impaired residents of Losheng would need to use. In 2019, protests took place not only outside the Executive Yuan, at the construction site on the sanatorium, but also outside of the Golden Melody Awards, Taiwan’s most prestigious music awards. 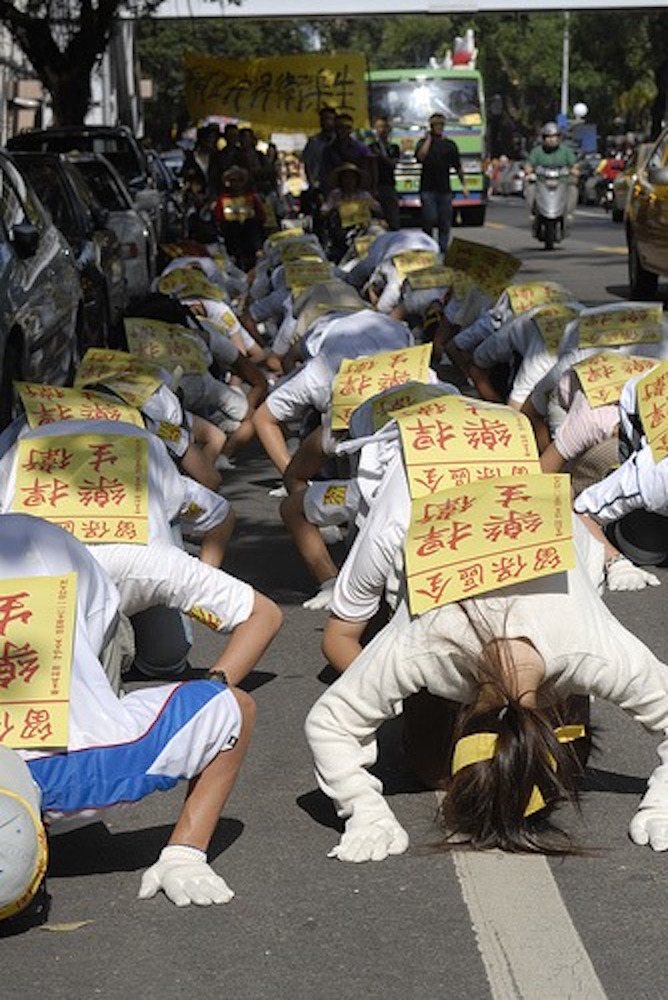 It is significant that the Losheng sanatorium has been a protested issue for years, yet the wishes and needs of local residents continue to be disregarded. Likewise, one notes that the Tsai administration signaled when it first took office in 2016 that it would act to prevent cases of forced evictions from taking place, as were a frequent issue protested by Taiwanese civil society during the Ma administration. Nevertheless, forced evictions continue to take place in Taiwan, as observed in the Daguan Community struggle during the Tsai administration’s first term. To this extent, despite the long-running struggle of Losheng Sanatorium residents for dignity, the Tsai administration has taken little action to respect their wishes.

While many groups were reluctant to protest against the Tsai administration before the 2020 elections, fearing that this could potentially benefit the KMT in the course of 2020 elections, this is no longer an issue into Tsai’s second term. Moreover, while protests have decreased in number due to the ongoing COVID-19 pandemic, with the COVID—19 situation under control in Taiwan, restrictions on mass gatherings are being loosened. At the same time, it remains to be seen whether the plight of Losheng residents will resonate with the public at large, as it did in the past.