UNVERIFIED REPORTS claiming a sightseeing visit to Thailand by National Security Bureau (NSB) director-general Chen Ming-tong at the public expense began to appear earlier this month, following screenshots posted by a Twitter account with the username @andreny45652235. The Twitter account only had six posts before being taken down, which raised questions as to the authenticity of the account, but the photo of Chen it posted seemed to be taken from Thai customs. It is unclear as to whether Chen traveled to Thailand recently, whether these were older screenshots, or whether they could have been photoshopped.

Subsequently, the screenshots were posted to Facebook groups such as Baoliao Commune, which is devoted to unconfirmed news and rumors, and began to be reported on by domestic media outlets. These outlets were primarily pan-Blue networks, such as the United Daily News, or the Want Want-owned China Times. 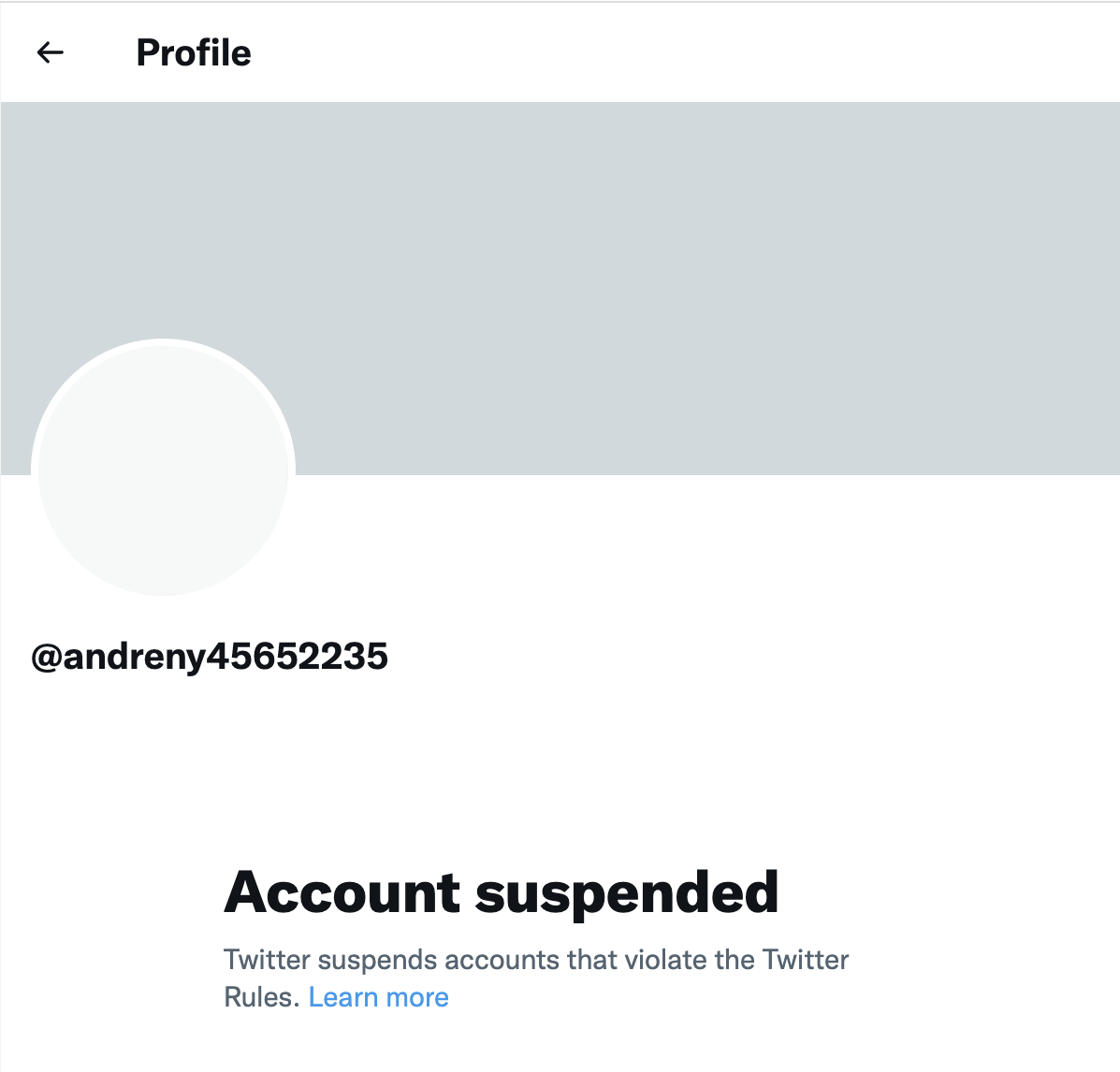 Part of the initial framing of the screenshots was that Chen was sightseeing at the public expense. Chen may make a convenient target for Chinese disinformation or cognitive warfare efforts at present because of his implication in a recent plagiarism scandal involving one of Chen’s advisees as a professor at National Taiwan University, DPP Taoyuan mayoral candidate Lin Chih-chien. Chen defended Lin during the scandal from charges of plagiarism. Part of the frame-up may have also been to suggest scandalous activity by Chen, since the screenshots seem to show him traveling with a woman.

Anonymous comments by a national security official later labeled the screenshots as Chinese cognitive warfare. As framed by the official, it is not uncommon for intelligence officials to travel to Thailand for meetings. The attempt, then, may be to show how wide-ranging China’s ability to collect information is, so as to frighten by showing how China is able to collect information on Taiwanese intelligence officials, who no doubt are privy to sensitive information.

The framing of pan-Blue reporting on the photos has suggested that the screenshots appeared due to factional conflict within the DPP. This framing also seems to be derived from political attacks on the DPP, with the pan-Blue camp having often tried to frame the DPP as prone to factional conflict and more interested in carrying on such conflicts than actions that benefit Taiwan, or too prone to conflict to effectively govern Taiwan.

It would not be surprising if there was concerted action between the Chinese government to carry out disinformation operations aimed at cognitive warfare. For one, Want Want-owned outlets such as the China Times or CtiTV have been reported on by the Financial Times as directly allowing China’s Taiwan Affairs Office to have a say in what articles are published or their editorial direction. Likewise, the Apple Daily had reported on Want Want-owned outlets accepting over 477 million Chinese yuan—just over 2 billion NT—in funding from the Chinese government between 2017 and 2018. 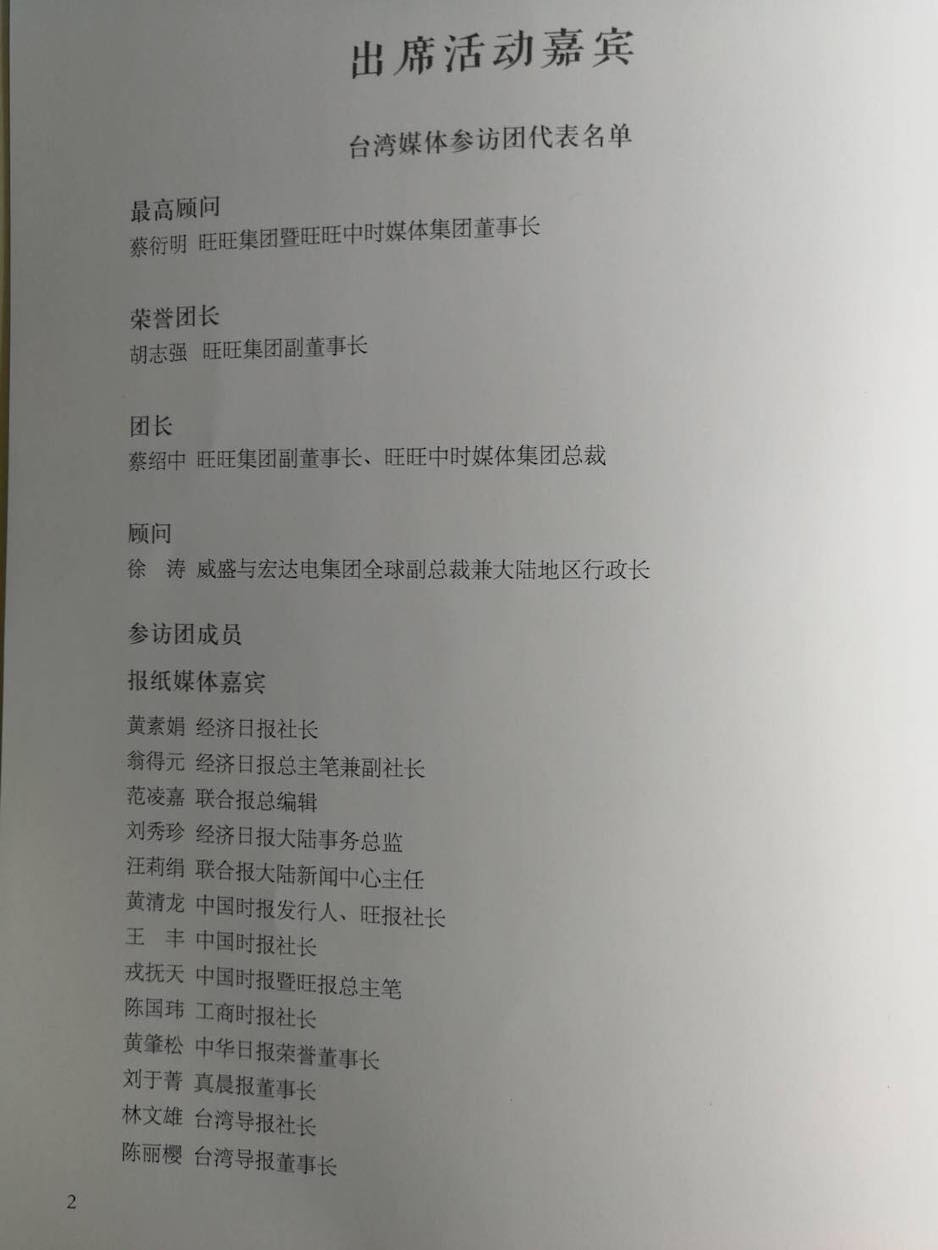 List of participants in the May 2019 media event in Beijing organized by the Want Want Group. Photo credit: 林雨蒼/Facebook

In May 2019, over 70 representatives from Taiwanese media organizations were present at an event in Beijing co-organized by the Beijing Newspaper Group and the Want Want China Times Media Group. The event focused a great deal on cross-strait relations, with participants urged to aid the political unification of Taiwan and China, and involved participant organizations signing a cooperation agreement. The editor-in-chief of the United Daily News was also present at the event.

More generally, Chinese disinformation and cognitive warfare efforts have often aimed to make the Tsai administration seem dysfunctional, whether that be with regards to its COVID-19 response, its ability to defend Taiwan, and on other fronts. In this sense, the frame-up of the screenshots of Chen may not surprise.