TAIPEI MAYOR KO WEN-JE held the last Taipei-Shanghai forum of his mayoral administration earlier this week. Namely, Ko is at the end of his second term as Taipei mayor, and cannot run for another. Due to the effects of COVID-19 on global travel, Ko did not attend in person, as the event was held virtually for the third year in a row.

Ko’s cross-straits city-based exchanges between Taipei and Shanghai have been a signature endeavor of Ko’s. One notes that Ko was initially elected with the support of the pan-Green camp, with the DPP endorsing Ko instead of running its own candidate in 2014.

During his initial period as mayor Ko enjoyed pan-Green support and was broadly understood as a pan-Green politician–even as his own rhetoric was to claim that he was a candidate beyond traditional pan-Green and pan-Blue political divisions. Ko defended the cross-strait exchanges, then, as a pragmatic attempt to develop peaceful ties with Taiwan. 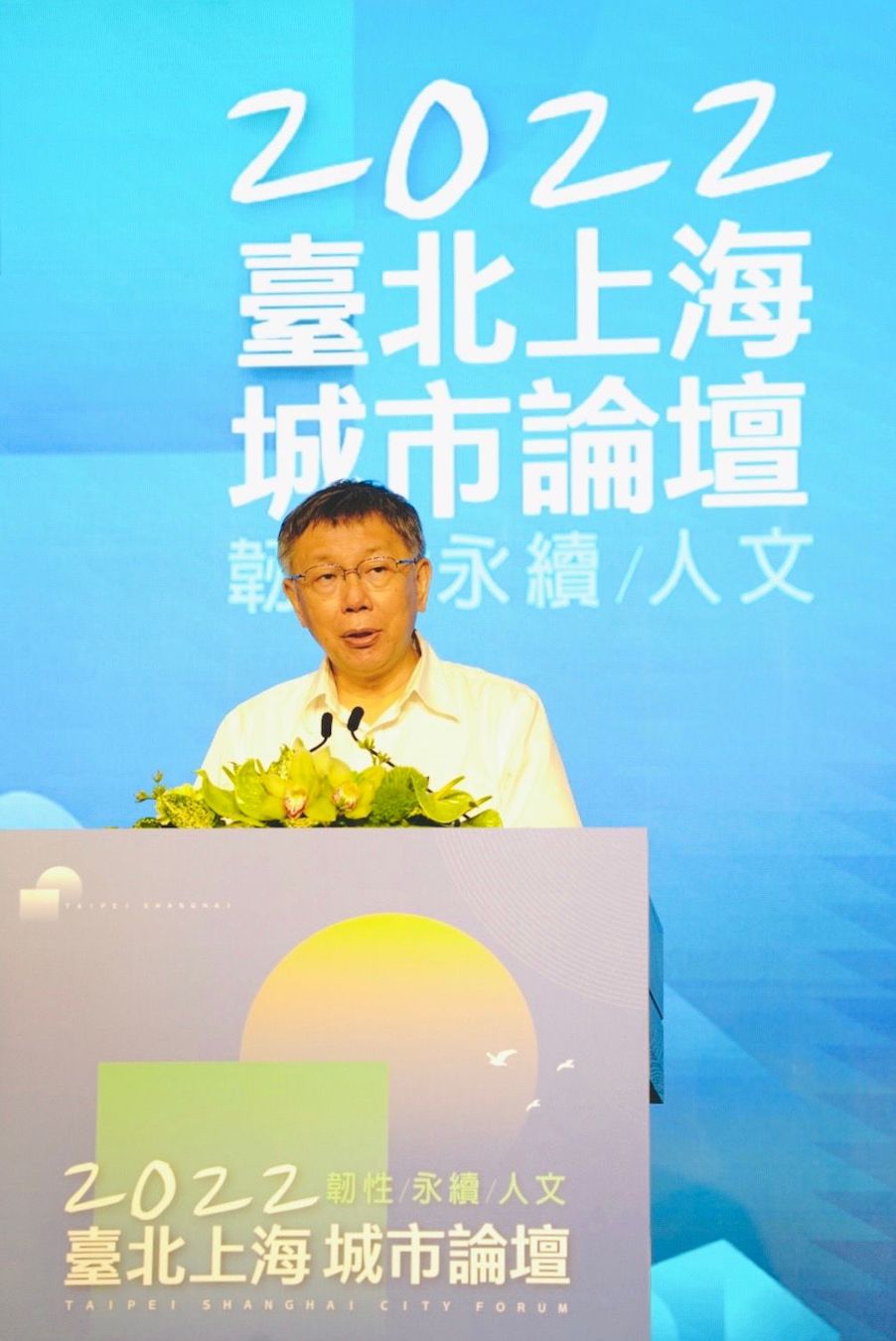 Nevertheless, the city-based exchanges later played a major role in the breaking down of ties between Ko and the pan-Green camp. Namely, Ko drew controversy for referring to both sides of the Taiwan Straits as “one family” that “shared a common destiny” during the exchanges. Likewise, after an incident involving pro-unification gangsters attacking student demonstrators at an event held on the National Taiwan University campus as part of the exchanges, Ko continued to defend the exchanges. The student demonstrators were protesting that the event referred to Taiwan as part of China.

Ko struck a different note at this year’s forum, however. Notably, Ko was interpreted by media as far more critical of the Chinese government in his comments than during past exchanges, including criticizing military displays directed at Taiwan from the People’s Liberation Army and China’s ban on Taiwanese agricultural products, such as grouper, pineapples, and other fruit.

Ko framed contentions between Taiwan and China as partly being the product of “political manipulation”. Consequently, Ko emphasized that Shanghai and Taipei had a great deal to learn from each other, including with regard to the fight against COVID-19, which was why he continued to engage in city-based exchanges with Shanghai, and that he believed communication and dialogue were the means to avoid cross-straits conflict.

In response, Shanghai mayor Gong Zheng claimed that Ko’s criticisms had been addressed in the past, suggesting that these issues had only emerged after the KMT lost political control of Taiwan. Gong stated, then, that there was a need to return to a shared foundation for cross-strait politics–which suggested that Gong might be referring to the 1992 Consensus or the return of the pan-Blue camp to power.

This is similar to statements made by representatives of the Shanghai city government in past years. During last year’s Taipei-Shanghai exchange, Gong Zheng vowed a safe environment for Taiwanese firms in China, following China imposing Far Eastern Group and Asia Cement close to 14 million USD the month prior. Although the fines were for a number of violations ranging from labor issues, environmental violations, machine and fire safety, land usage, and taxes and China may have meant to fine the companies for violations anyway, the Chinese government framed this as a measure directed against companies supportive of Taiwanese independence.

The Far Eastern Group was depicted as supportive of Taiwanese independence by donating to the DPP, although the conglomerate also donates to the KMT. As such, Gong’s comments could be interpreted as calling on Taiwanese companies to support the pan-Blue camp and threatening punitive measures if they donate to or support the pan-Green camp.

While Taiwanese media intercepted Ko as taking a harder stance against China at this year’s exchange, Ko’s comments this year were criticized as inauthentic by pan-Green Taipei city councilors, such as Meredith Huang.

Ko taking a slightly different tack in his message this year is not likely to convince politicians who have been critical of Ko for many years at this point over his annual Taipei-Shanghai forum. Last year, pan-Green Taipei city councilors criticized the expense of the Taipei-Shanghai forum, and suggested that its budget should be frozen if China continued with military threats directed at Taiwan.

But perhaps Ko’s actions suggests that the TPP is attempting a balancing act on its cross-straits stance, with Ko having recently been criticized for proposing that a bridge be constructed between Kinmen and Xiamen. Ko was seen as attempting to appeal to Chinese president Xi Jinping by taking up a previous proposal of his, or to try and appeal to the deep Blue camp at a time in which KMT chair Eric Chu is attempting to turn the KMT’s pro-China image around pivot the KMT towards alignment with the US. If Ko was seeking to appeal to the deep Blue camp, he might be attempting to change the image of the TPP, which is usually perceived as a light Blue party. 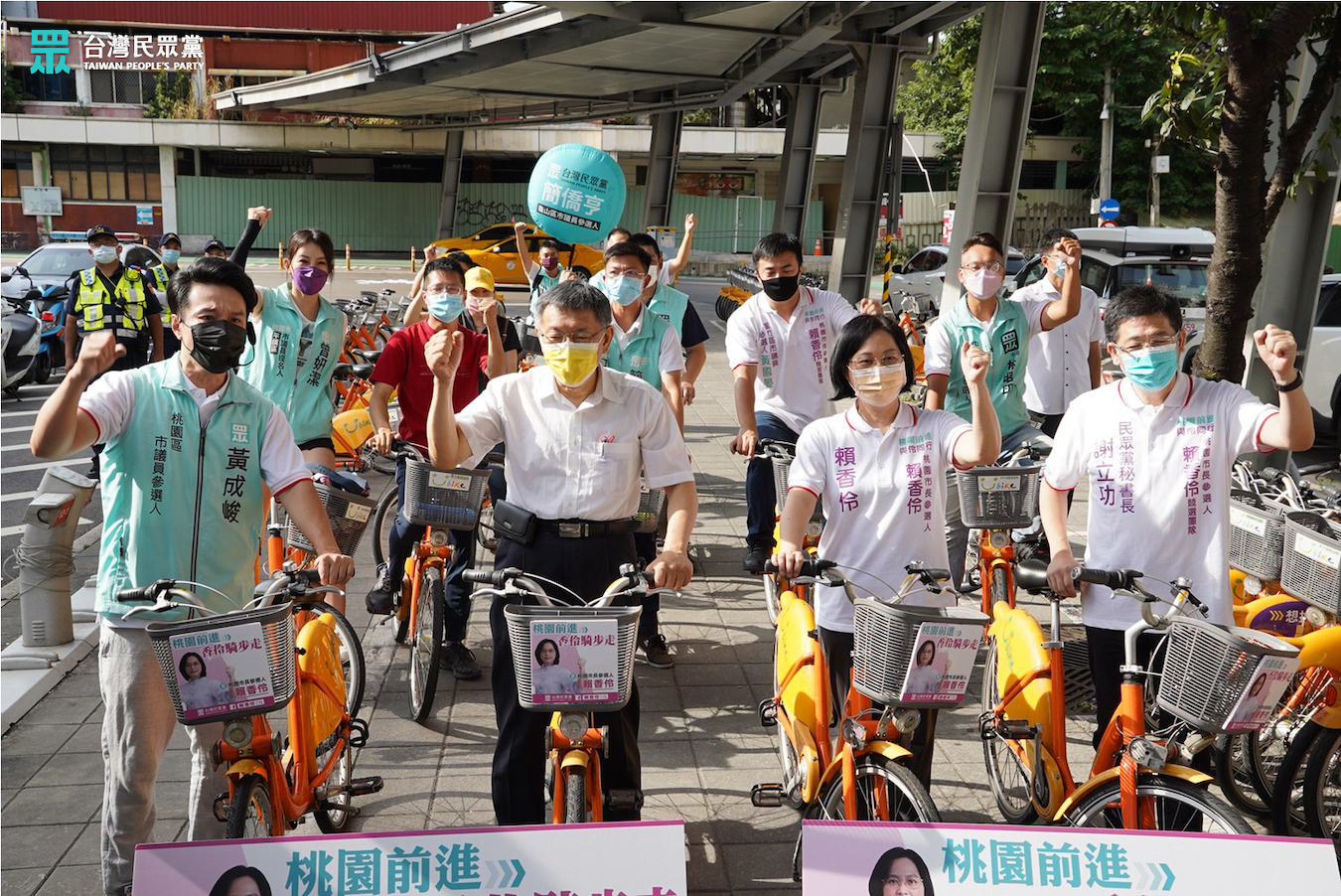 The KMT itself may be engaged in a balancing act of its own. Chu’s pivot to the US took place after his visiting the US for a visit for the reopening of the KMT’s Washington DC office during which he cast doubt on the validity of the 1992 Consensus. Chu recently also expressed support for the lowering of the ROC flag to half-staff to mourn assassinated Japanese prime minister Shinzo Abe. At the same time, this did not prevent KMT vice chair Andrew Hsia from speaking at the annual Straits Forum via video recording, and emphasizing the KMT’s commitment to the 1992 Consensus.

It is unclear as to the future of the Taipei-Shanghai forum, with Ko set to leave office. Current deputy mayor Huang Shan-shan will be the candidate supported by the political party he formed, the TPP, and she is likely to continue the cross-straits forum if she wins. This will prove difficult for the TPP, as a third party, contesting both the KMT and DPP. The KMT is likely to continue the forum if it wins, while the DPP would probably decline from doing so.

But to this extent, Ko’s political future is also unclear at present. Ko has made it clear that he intends to run for president if polling shows enough support to do so. But what he intends to do if he does not have enough support to mount a presidential run is still unknown. Without a political position, it is also to be questioned whether Ko would be able to maintain control of the TPP, whose elected officials are primarily politicians with pan-Blue backgrounds that did not join the party out of loyalty to Ko, per se, but because of their own political interests.