83 DOMESTIC CASES, 120 imported, and zero deaths were reported by the Central Epidemic Command Center (CECC) that coordinates Taiwan’s COVID-19 response today. Only two of the domestic cases were in quarantine. This proves a significant uptick from 21 cases reported Saturday, ten of which were at a factory in New Taipei that formed a cluster of 20, and five in Keelung from individuals that visited an eatery and karaoke of a cluster of eight. 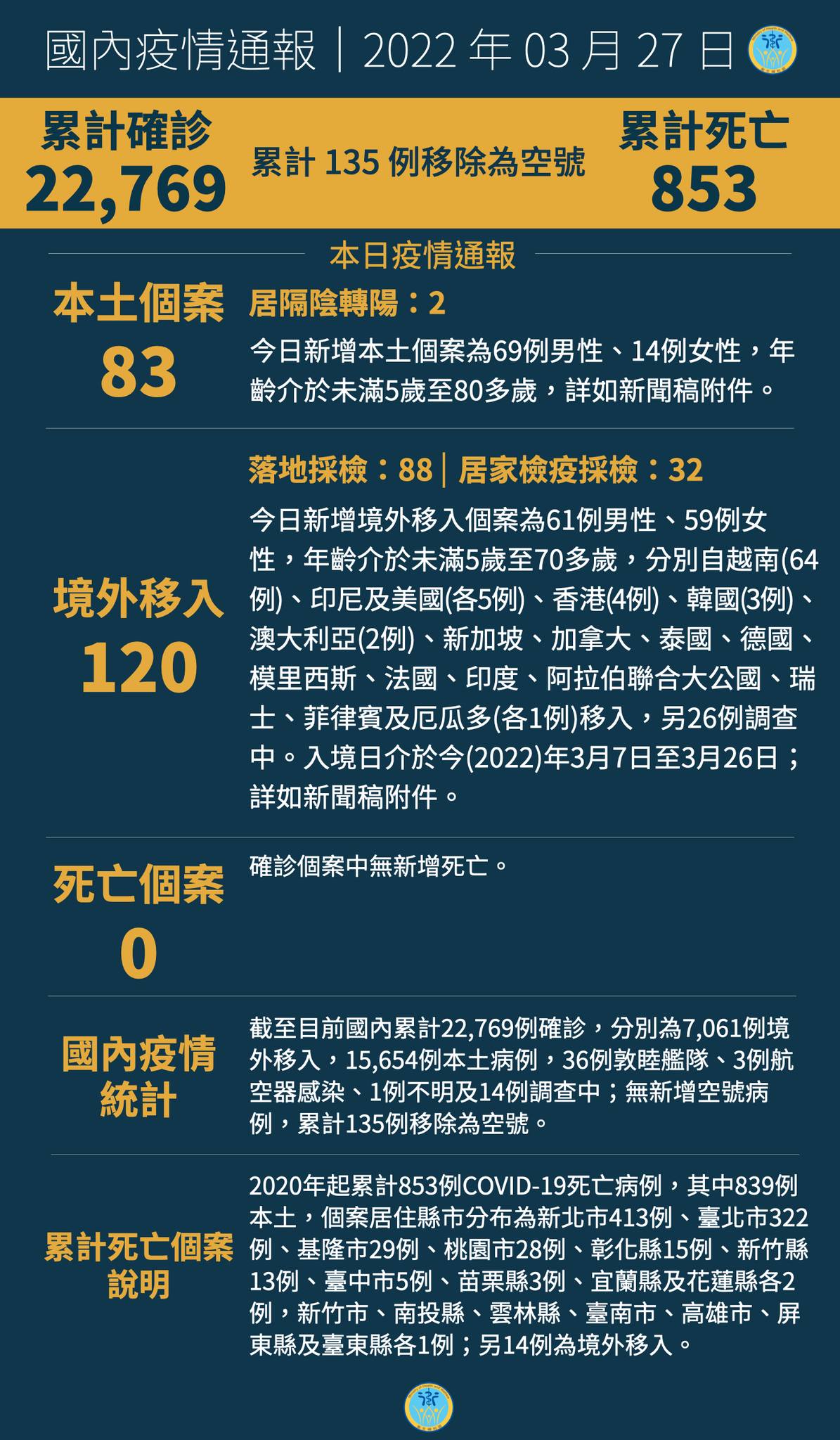 Infographic on the cases from today. Photo credit: Ministry of Health and Welfare/Facebook

19 cases were linked to police officers or eateries in Keelung. Among those quarantined is Keelung mayor Lin Yu-chang, who will quarantine for ten days, Lin having spoken at an event where an infected police officer was also present. As it is not clear whether the police officer had become infected prior to the event or afterward, this is part of the reason for Lin’s quarantine period.

1,115 police officers in Keelung will be tested. Likewise, over 200 eateries in Keelung have been ordered to shut down for three days. If they resume business, they will need to have a negative PCR test, to conduct rapid antigen screenings every two days, and have a PCR test once a week.

Four cases were among a family in Taitung.

This is the largest daily number of cases in Taiwan since June of last year. This proves similar to clusters that developed among migrant workers in electronics factories in January, though the highest daily count from the period was at 82 cases on January 22nd.

The Datan Power Plant cluster continues the pattern of COVID-19 clusters developing among migrant workers, who live and work in crowded conditions, and have comparatively lacking access to medical resources. Other significant migrant worker clusters included among workers at electronics factories in Miaoli last June, which resulted in restrictions being placed on migrant workers’ freedom of movement.

Of the imported cases, 88 were found on arrival, while 32 were found in quarantine. With sources of infection for many of the cases unclear, Minister of Health and Welfare Chen Shih-chung has stated that he does not rule out that this could be due to strains that got out from the higher number of arrivals. Many of the current arrivals are migrant workers, due to labor shortages in factories as a result of COVID-19.

The CECC has stated, however, that symptoms were light for all cases so far, due to significant vaccination. To this extent, the CECC has continued to call on the public to get vaccinated, even as first dose vaccination rates have stalled around 80% for months. This is primarily thought to be due to elderly individuals who are hesitant to be vaccinated. Nevertheless, rates of vaccination are high among young people, which has helped protect the elderly. 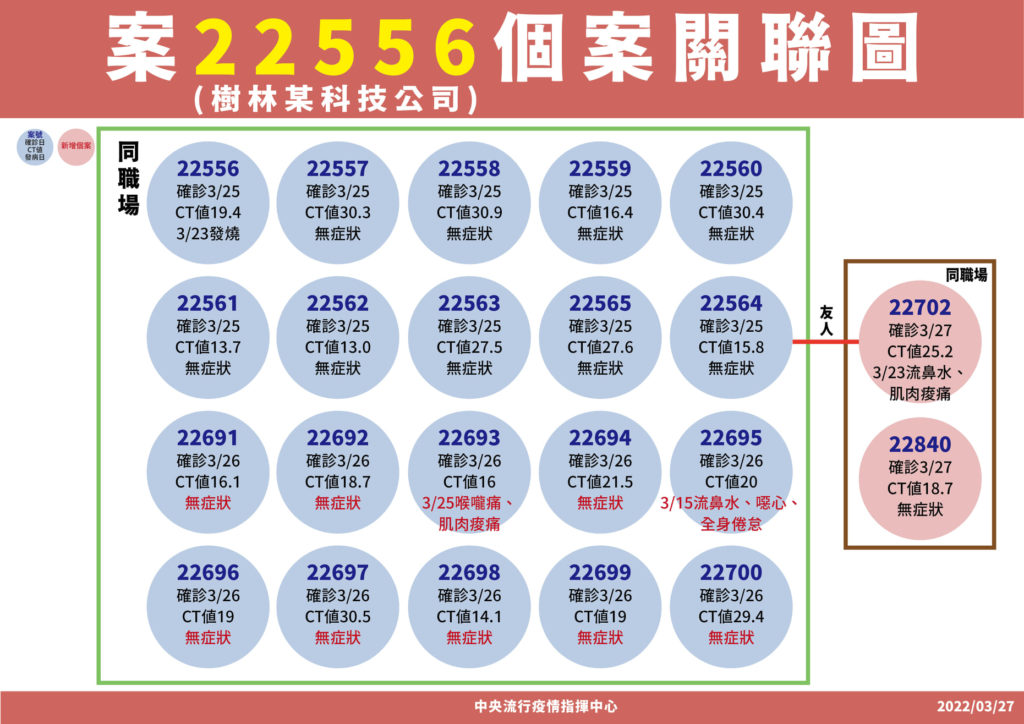 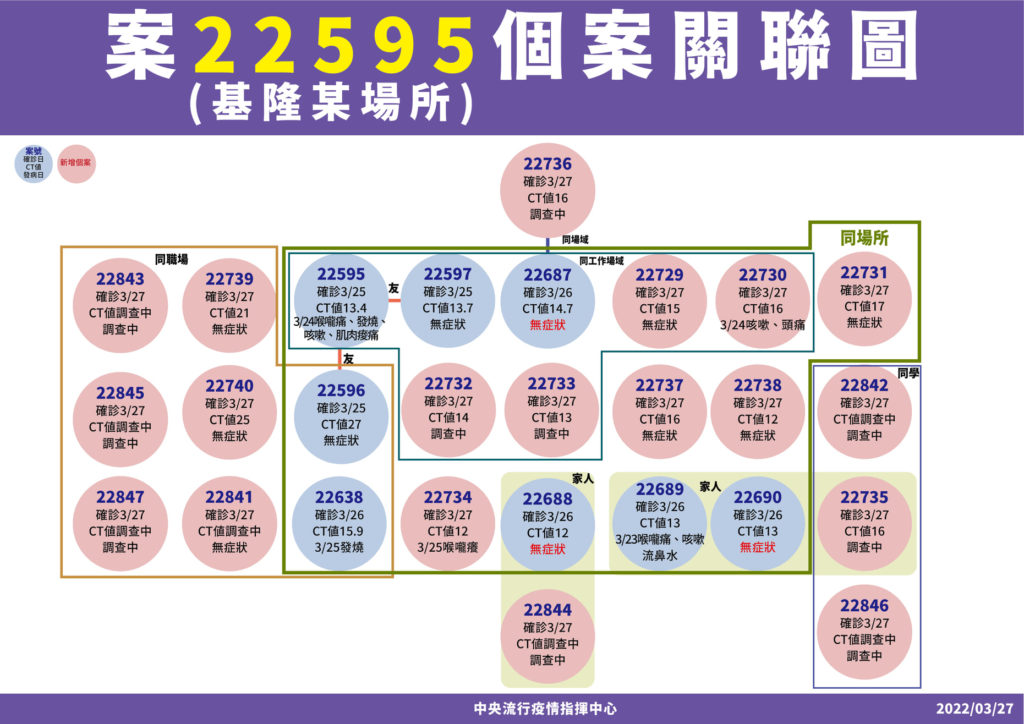 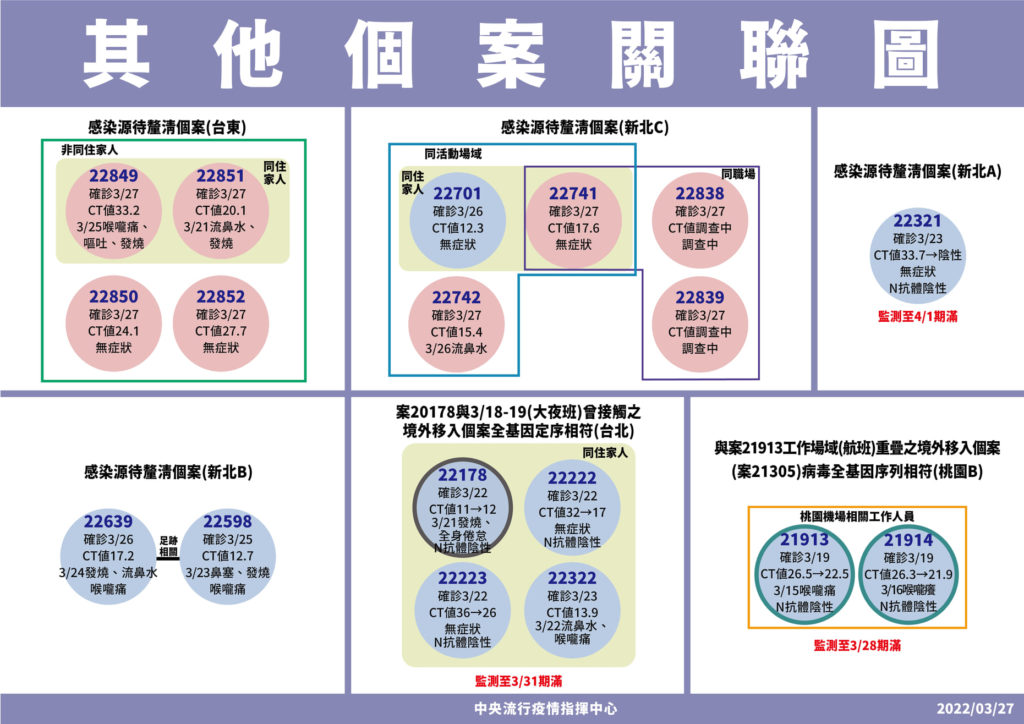 Chen stated today that previous plans to reduce the quarantine period for arrivals from ten days to seven days may be delayed, depending on the outlook for this current wave. There are no plans to loosen mask restrictions currently.

Likewise, Chen stated that the CECC continues to aim for a COVID-zero approach. There are no plans to shift away from continuing to carry out contact tracing in order to track down and isolate COVID cases. Chen has stated in the past that quarantine periods will remain for arrivals for this year, with no plans to fully reopen yet.