THE CENTRAL EPIDEMIC Command Center, which coordinates Taiwan’s COVID-19 response, reported 82 domestic cases and 42 imported cases today, along with zero deaths. This is the highest number of cases this year.

64 cases announced today were from a factory in Taoyuan owned by the Askey Computer Corporation. The size of the cluster is seventy, with six cases being Taiwanese, and the rest being migrant workers.

The source of infection is thought to be a migrant worker that visited the Tasty eatery, where a cluster had developed after the new year. The case was reported late due to lack of implementation of the QR code registration system there and only became known after the worker in question developed symptoms. The case spread due to crowded conditions at migrant workers, with workers living closely packed to each other. 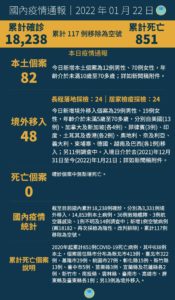 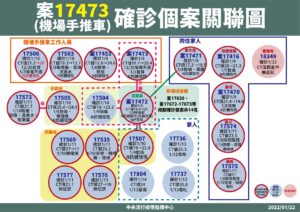 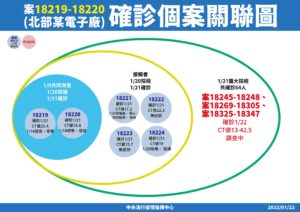 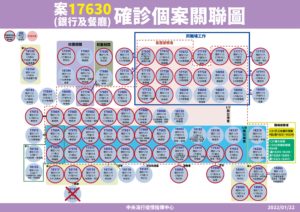 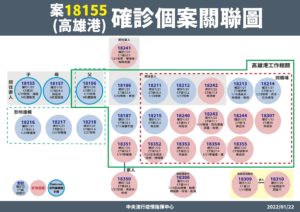 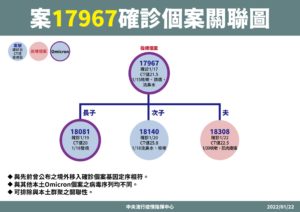 Infographic on the new cases reported today and a contact tracing map of the cases. Photo credit: Ministry of Health and Welfare/Facebook

The Askey factory is part of a facility with two buildings, in which there are a total of 30 companies. The largest of these companies employ more than 1,000 workers and the facility has more than 2,000 workers. Workers in the facility are being tested, with the possibility of transmission due to shared facilities among workers, and will be divided into different groups to provide language services. Efforts are underway to see how workers interacted in the facility, to determine the spread of COVID-19.

The CECC’s point man on handling cluster infections, Victor Wang, has been sent to establish an on-site headquarters. Testing is also available in the neighborhood. Taoyuan mayor Cheng Wen-tsan has stated that more than 50,000 will be tested.

Companies that employ more than 50 migrant workers have been asked to test their workers. There are 1,200 such companies nationwide and 484 in Taoyuan. Testing is encouraged for companies in Taoyuan or near Taoyuan, particularly those in the manufacturing industry.

When Ministry of Labor representatives were asked at the press briefing today, they stated that migrant workers were discouraged from going outside, but that they should wear masks and carry out regular disinfections if they do. It is to be seen whether, as with past clusters among migrant workers, this leads to their being locked inside of their dormitories when not working.

Otherwise, a new case was added to the Far Eastern Memorial Hospital cluster, who was a husband of a previous case. The source of the case is still thought to be from within the hospital.

In more positive news, the situation at the Taoyuan International Airport has stabilized. 7.373 tests yesterday found 7,372 negatives, with the one positive thought to be an old case. Primary contacts are on their third round of testing, while secondary contacts are on their second round of testing. The airport is still a possible entry point for COVID-19, however, so testing will continue to be maintained.

24 of the imported cases today were found on arrival, while 24 were found in quarantine hotels. Although the number of imported cases has decreased, this is not due to the stabilization of the international COVID-19 situation, but due to that higher-risk countries were prioritized in testing.

Minister of Health and Welfare Chen Shih-chung emphasized the seriousness of both the Port of Kaohsiung and Taoyuan factory clusters, though the effects on the community are still being evaluated and there has been no shift to level 3 announced. According to Chen, the source of infection of the clusters is still known.

Local governments may report travel history for vaccination, but Chen stressed that areas should be safe after disinfection. 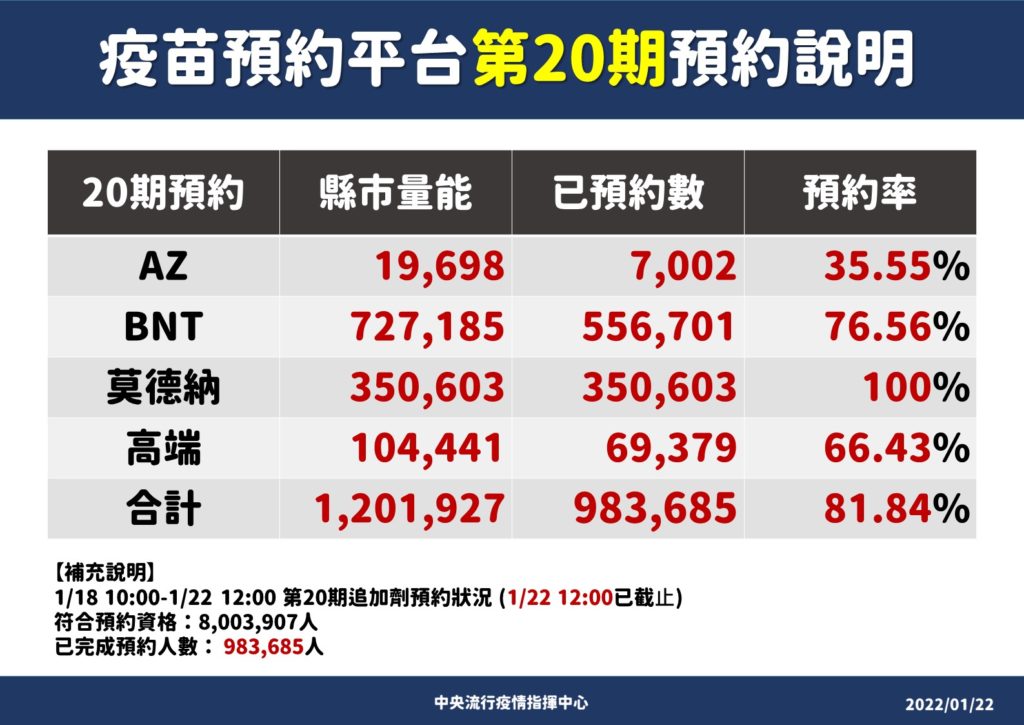 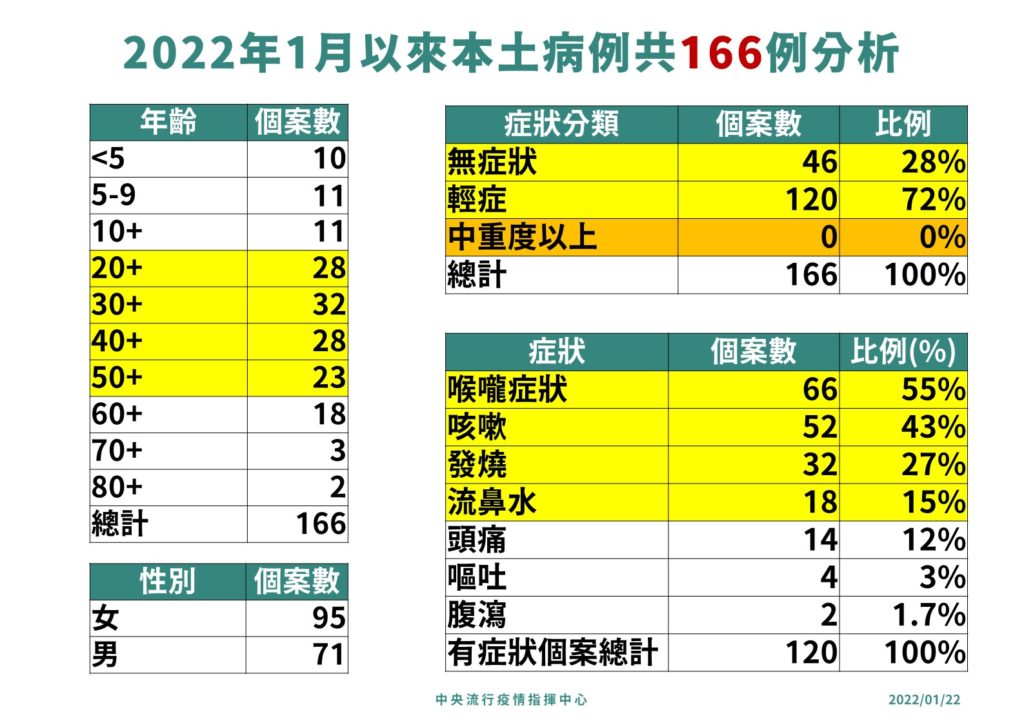 Numbers of vaccines available and how many have been registered to date (left) and analysis of the current cases for this year (right). Photo credit: Ministry of Health and Welfare/Facebook

Proof of vaccination is required for entry to bars, nightclubs, karaoke parlors, and beauty parlors. Eating and drinking has been suspended on trains, high-speed rail, buses, domestic flights, though taking a drink of water to swallow medicine is allowed. Long-haul international flights are subject to different regulations than domestic flights.

Given the upcoming Lunar New Year, religious activities with more than 500 attendees are required to register ahead of time with the government. Social distancing measures must be in place and masks worn, with control of entrance and exit to avoid crowds, and QR code registration and temperature checks implemented. The CECC stated that disinfection of moon blocks must take place before their use, or worshippers can bring their own moon blocks.

When asked about a future “co-existing” with COVID, Chen states that the situation can still be reduced to zero currently, but with the increase in speed of transmission for COVID variants, in the future, this may not be possible. Decisions on this will be made step-by-step