A HEARING BY the Constitutional Court of the Judicial Yuan on the subject of gay marriage earlier today has provoked ire among marriage equality advocates after comments by Minister of Justice Chiu Tai-San arguing against marriage equality during the hearing. The hearing heard two cases, one from longtime gay rights advocate Chi Chia-wei and one from the Taipei city government with regard to a previous application of 30 gay couples for marriage licenses which was rejected, prompting three couples to take the case to court. Both cases required constitutional interpretation.

Some have hailed the hearing as a historic first in Taiwan, seeing as marriage equality has never been in discussion in the Constitutional Court before, just as it is now under discussion in legislature. Chi Chia-wei, for example, began his remarks in the Judicial Yuan by stating that he has waited 30 years for this day to come. Very probably, it is the political turbulence surrounding attempts to legalize gay marriage through the Legislative Yuan in past months which has led to the Judicial Yuan’s current willingness to hear these two cases. The ruling will be forthcoming sometime in the next two months, although both the judiciary and legislature are possible means of realizing marriage equality. 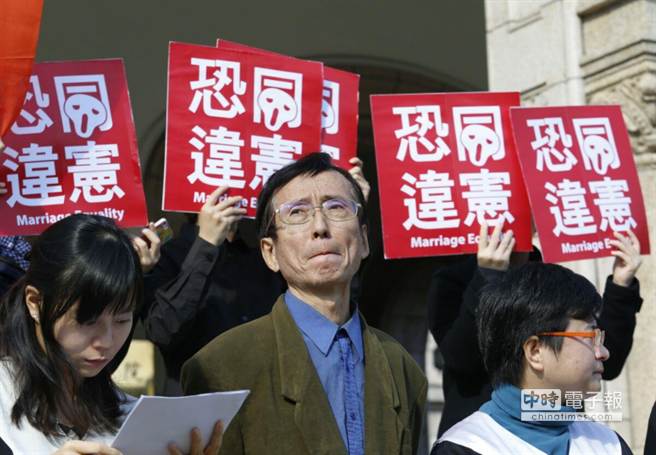 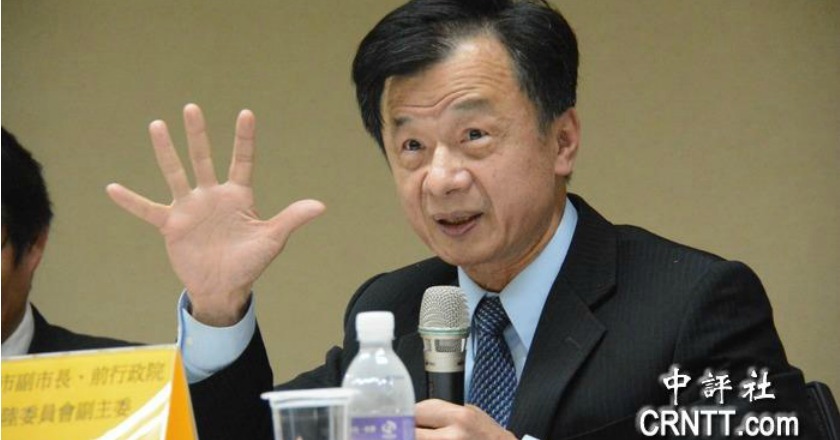 Nevertheless, if it was expected that anti-gay groups would continue to demonstrate marriage equality what was shocking to many was comments by Minister of Justice Chiu Tai-San largely echoing the sentiments of anti-marriage equality groups. Chiu Tai-San stated that he believes forcing through an amendment to the constitution would provoke social chaos, as well as that his belief that marriage is an institution which has remained unchanged through thousands of years. And so, in his view, for contemporary society to change rules set by their ancestors which have remained unchanged through thousands of years is dangerous, since such rules were probably set for a reason. Chiu also said that, in his view, there was no strong social need for same-sex marriage.

Chiu’s comments provoked anger from activists immediately, with Fan Yun, chair of the Social Democratic Party, accusing Chiu of more or less acting as though he were a lawyer for anti-marriage equality groups, never mind that he is supposed to be impartial on the matter in his role as Minister of Justice. Likewise, Miao Poya of the Social Democratic party would make the comment that if Chiu Tai-San’s name were covered up on his nameplate, one could very easily imagine that the much-hated Minister of Justice under the Ma administration, Luo Ying-Shay, were still in power. Chiu’s comments about his fear of changing rules which have remained unchanged through thousands of years have also been popularly mocked, seeing as it is obvious fact that the institution of marriage has evidently changed through time and differs between cultures.

Indeed, the reversals of the DPP government on the matter of gay marriage have only added weight to perception that the DPP has proven no different than the KMT on a number of key issues. The Tsai administration promised to legalize marriage equality while campaigning for 2016 elections and for a time it was thought that marriage equality would prove fairly easy to realize in Taiwan, given that Taiwanese society is widely seen as progressive in nature and support for LGBTQ causes is high, particularly among young people. 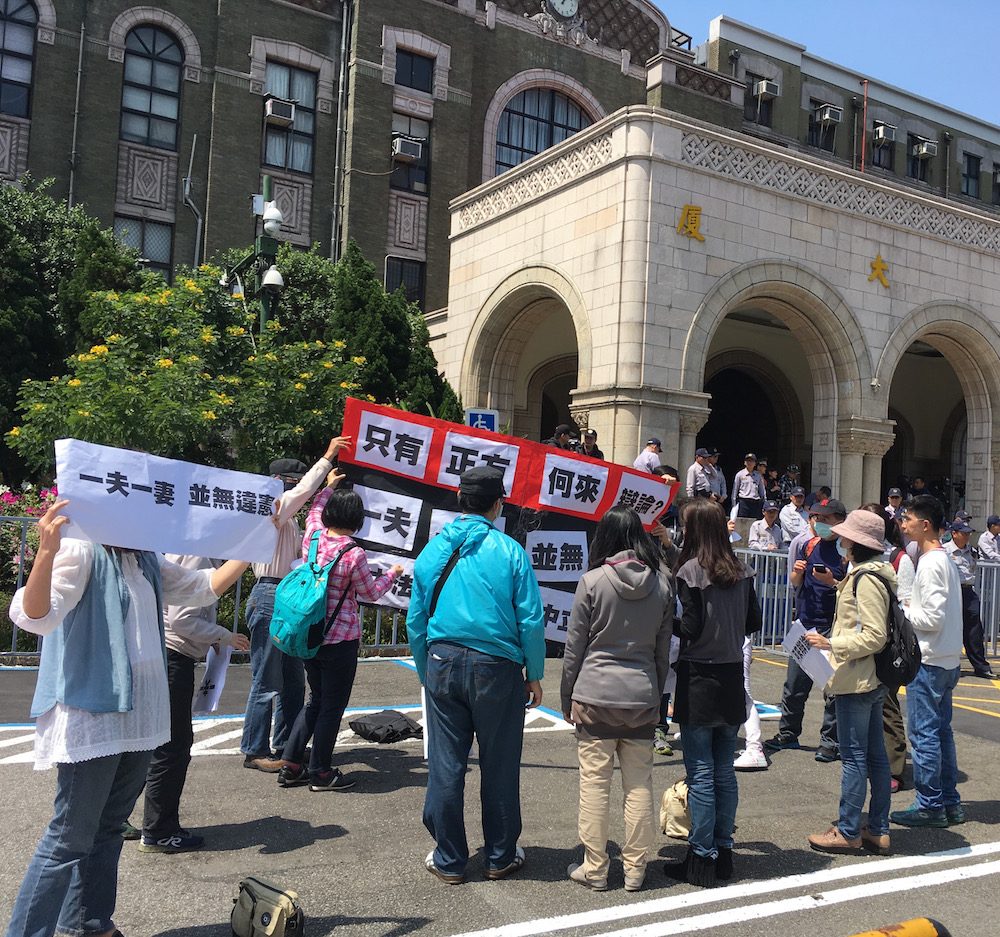 But unexpectedly large demonstrations by anti-marriage equality groups led the way for DPP legislators to reverse course on the issue. Very probably, pushing for marriage equality was an initiative of Tsai Ing-Wen which not all DPP legislators were onboard with. Prominent DPP politicians have made virulently homophobic remarks, for example, and the Presbyterian Church, which is divided on the issue of gay marriage, has a strong presence within the DPP. Eventually, tension over the issue grew to the point that Tsai decided to drop the issue, never mind previously using the issue as a set piece in her campaign.

DPP legislators, as led by majority speaker Ker Chien-Ming, likely still wish for Taiwan to achieve prestige as the “first country in Asia to legalize gay marriage,” as a way to distinguish Taiwan from China and to raise Taiwan’s profile internationally. But DPP legislators very likely which to push for “separate but equal” civil partnerships in the guise of gay marriage, which anti-marriage equality groups have indicated that they find less objectionable due to claims that changing the definition of marriage will destabilize the heterosexual family as the basic building block of society. Minister of Justice Chiu Tai-San’s actions are no different, seeing as Chiu is a Tsai administration appointee and a member of the DPP. Chiu was probably also not in favor of marriage equality to begin with. The Ministry of Justice previously indicated that it was moving in the direction of pursuing civil partnerships.

Despite the historic nature of the Judicial Yuan being pushed to hold a hearing on marriage equality representing progress, seeing as the Judicial Yuan could have turned down the case and refused to hear it, gay marriage advocates warned beforehand that this may have been an attempt to stall attempts to realize marriage equality in legislature and force them in the direction of civil partnerships. 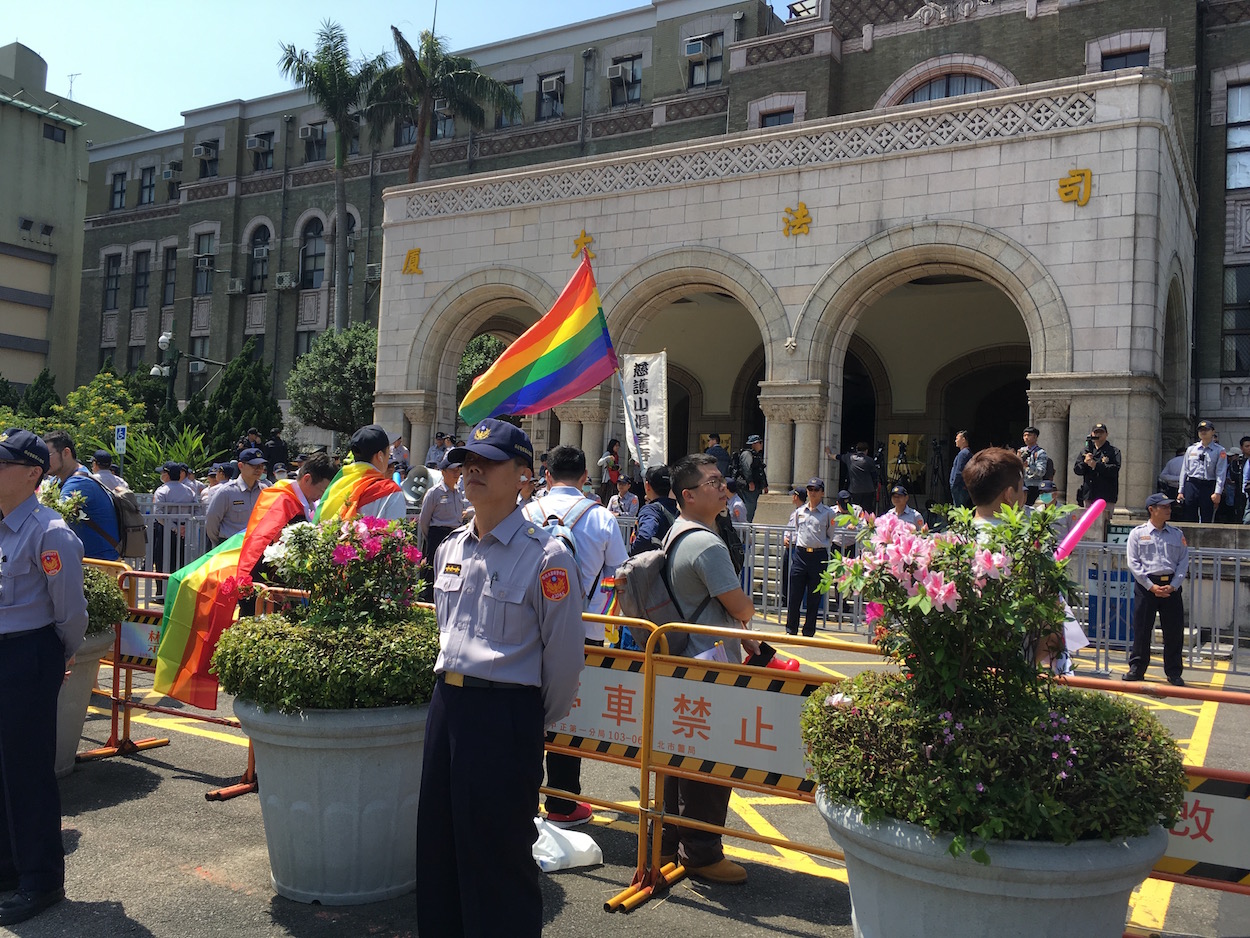