VACCINATION RATES have largely stalled in Taiwan at a time in which Taiwan debates if and whether to loosen COVID-19 measures. This would be in the interests of transitioning away from Taiwan’s current COVID-zero approach, so as to avoid Taiwan becoming disconnected from the international world at a time in which many countries are loosening their COVID-19 restrictions, something that would have a severe impact on Taiwan’s economy. 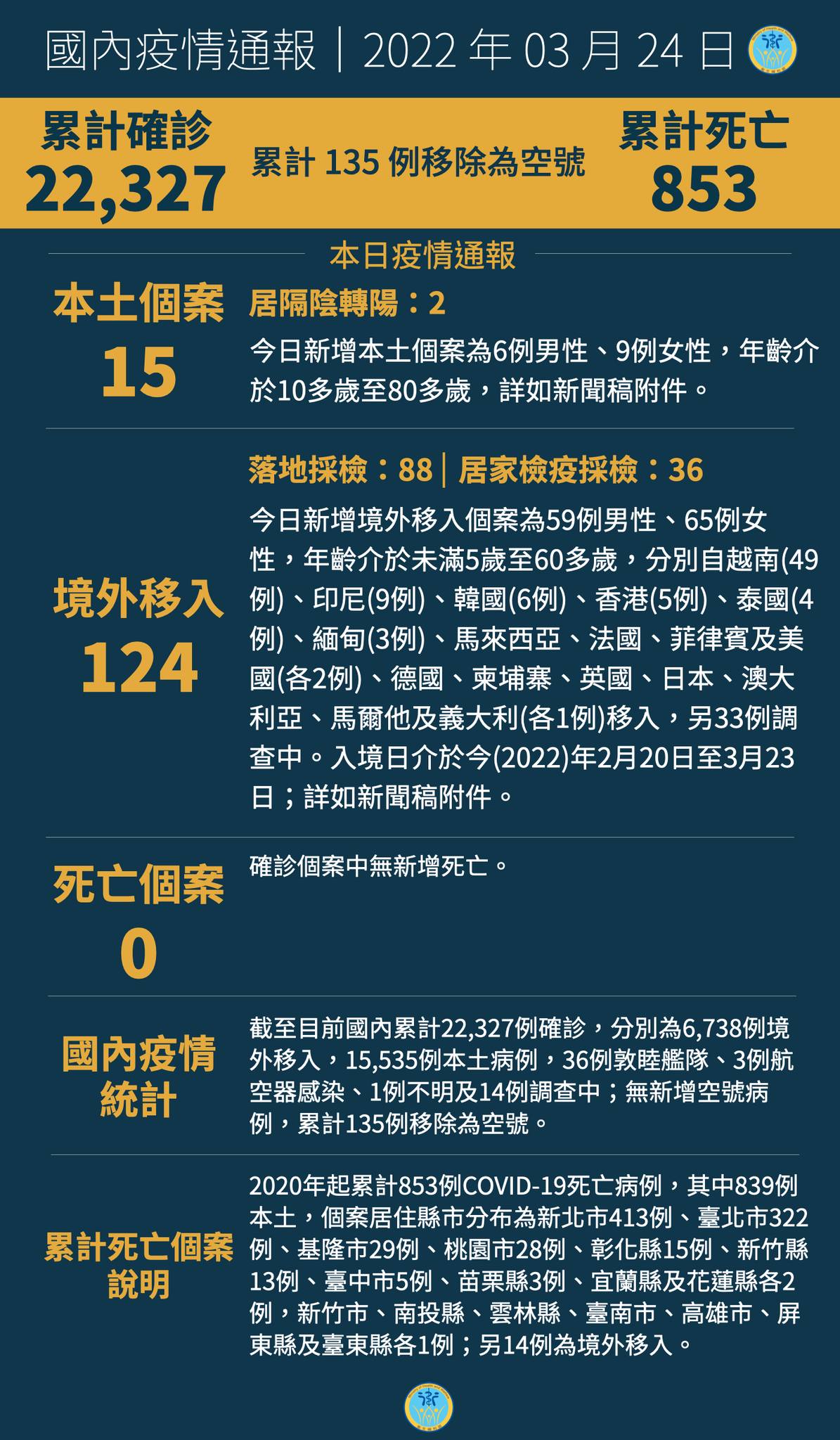 At the same time, it has become a contested issue between the pan-Blue and pan-Green camps about whether reopening Taiwan’s borders should occur. KMT legislator Cheng Li-wun confronted Minister of Health and Welfare Chen Shih-chung about the issue in the legislature recently, claiming that Chen’s failures had cost 800 lives in the course of the pandemic.

In response, Chen defended Taiwan’s record as better than many countries in the world. But, in a similar vein, Chen has also been attacked by Yaung Chih-liang, who served as Minister of Health and Welfare under the Ma administration. Attacks on Chen over the issue are growing from the pan-Blue camp.

Nevertheless, it is generally the case that the pan-Blue camp has only latched onto the matter in order to target the Tsai administration. Previously, during periods in which the COVID-19 situation was under control in Taiwan, members of the pan-Blue camp called for Chen’s replacement, claiming that his measures directed at COVID-19 had too severe an impact on Taiwan’s economy.

Likewise, the pan-Blue camp is in large part to blame for the vaccine skepticism that has taken root among sections of the Taiwanese public. The pan-Blue camp sought to sow distrust in the vaccines that Taiwan initially had on hand during the start of the first and only major COVID-19 outbreak that Taiwan experienced last year, but this eventually translated into broader fears regarding vaccine side effects writ large.

In particular, Taiwan likely hopes to avoid the potential outcomes of other places that adhered to COVID-zero policies but are now seeing a significant uptick in cases, such as in China and Hong Kong. In effect, Taiwan must manage to work out how to “stick the landing” when it comes to COVID-19. 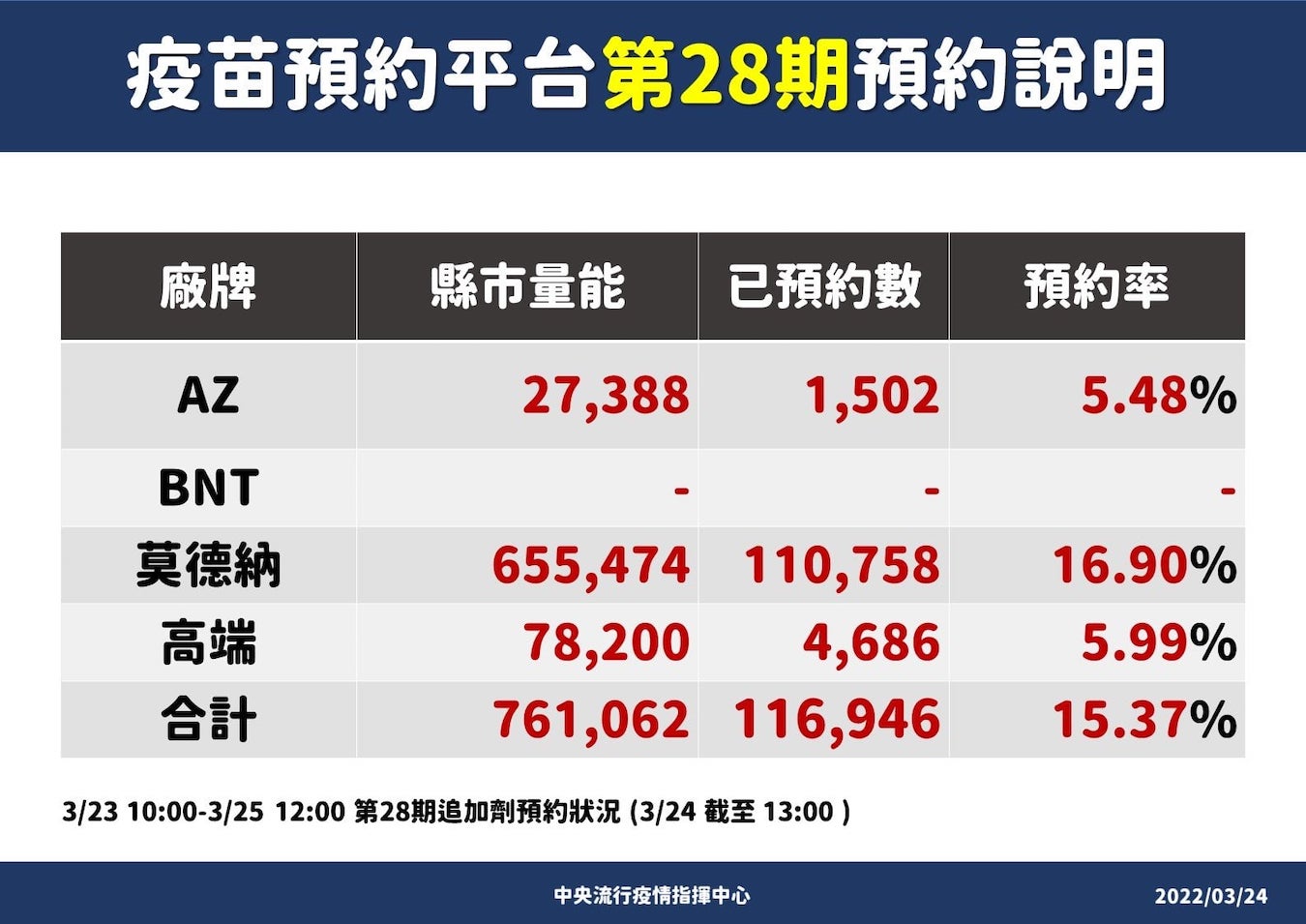 Nevertheless, rates of vaccination continue to be slow, and indications are that they are slowing. In the current 28th round of vaccination, only 5.48% of available AstraZeneca vaccines have had appointments, 16.90% Moderna vaccines, and 5.99% of Medigen vaccines. Overall, only 15.37% of available 761,062 vaccines have had appointments made, as a result of which 722,000 vaccines may expire before the end of the month without being used.

It may be that, as with Hong Kong and China, Taiwan is unwittingly finding itself a victim of its own success. The fact that COVID-19 remains under control in Taiwan is one of the contributing factors as to why vaccination rates, then, to the extent that now 722,000 vaccine doses may expire without being used. While Chen Shih-chung announced today that Taiwan would be purchasing 2 million doses of Novavax, in the hopes that a protein-based vaccine encourages individuals who have not been vaccinated to do so, it remains to be seen if this will take place.

Although Taiwan has sought to donate unused vaccines to diplomatic allies in the past, so as to strengthen diplomatic relations with them, it probably will require more expirations before there is the political willpower to move on donating vaccine doses that could otherwise be used for Taiwanese. It proves ironic, then, that Taiwan has become something of a vaccine hoarder even as vaccination rates have stalled and Taiwan faces the possibility of further cases among vulnerable demographics as it loosens measures.