Education Amidst the Pandemic

DURING THE RECENT Level 3 lockdown, with Taiwan having experienced a COVID-19 outbreak since mid-May, Taiwan decided to carry out high school testing nonetheless. What does this reveal about the Taiwanese educational system and the importance placed on education in Taiwanese society?

When I asked Husung Takistalan, a Taiwanese student attending his first year of college at Methodist University in North Carolina, if he thought it was fair to hold tests under these conditions, he commented to me, “Personally, I would say no, it is unfair. Since the lockdown began, distant learning is not well adapted and taught among certain cities and regions, especially due to technological issues. It directly affects student’s ability to do well in the exam, and thus, makes it less likely for them to have the ability to go to the high school or college they desire.” 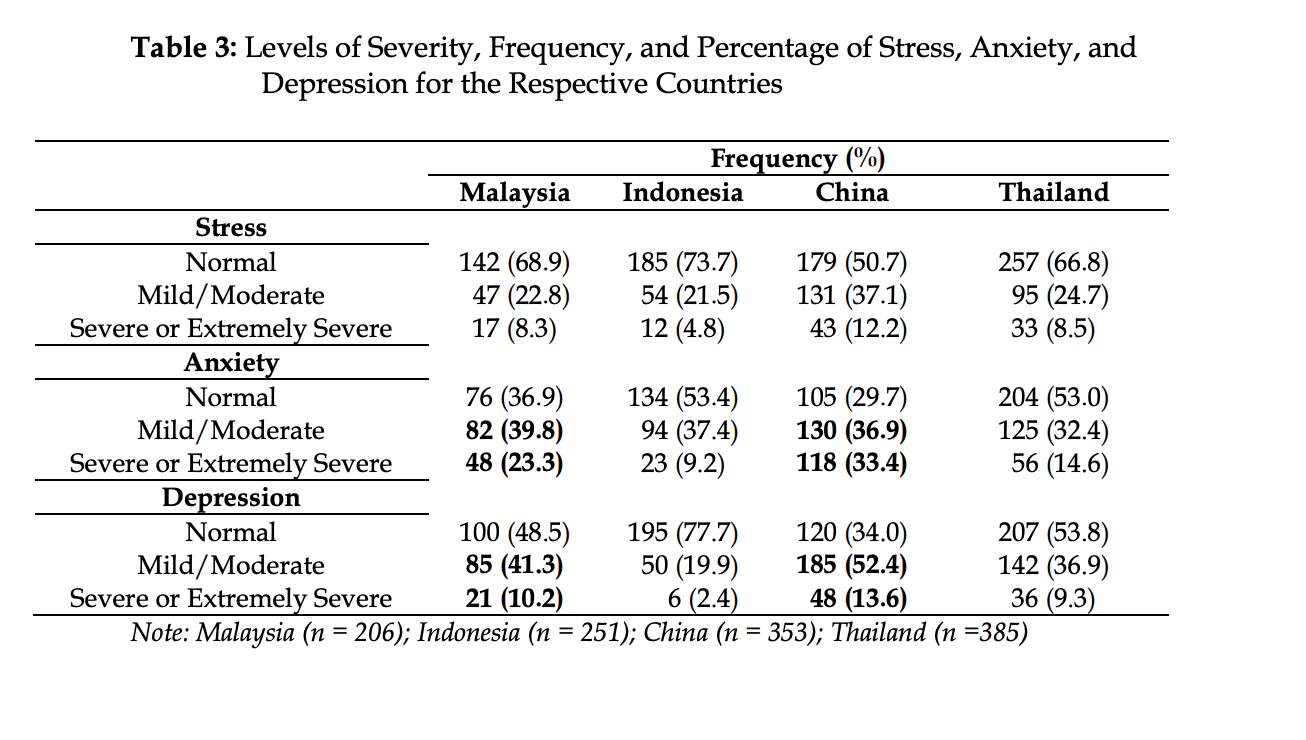 Chart from Depression, Anxiety, and Stress During the COVID-19 Pandemic Among Higher Education Students

Miffy Tsai, a Chinese Language professor at Davidson College, stated that “This makes sense in Taiwan. She responded,  “It’s not fair but there is no better way in my opinion. Students are preparing for the tests before the level 3 lockdown in Taiwan and I guess no one was expecting the level 3 lockdown in Taiwan to be not affected by  COVID the past year. The system in Taiwan is not as flexible as in the US. I would be shocked if the school would cancel all the tests for students.”

She continues saying, “Growing up in Taiwan, I know most of the students just want to take the test and get over it no matter if they are good students or not. Students in Taiwan do not do too much besides studying. They normally have small breaks/free time after the test, which they probably are pretty excited about.”

Many I spoke to agreed that hosting the entry exam was somewhat inevitable. It struck many as implausible to keep kids who just finished their middle school or high school years around for another year with nowhere to go. If anything, it would result in a gap year (a year with no freshman enrolling) among university and high school students, making it a more competitive environment for the next academic year and a lack of tuition payments.

This points to the significance of high school testing. While you can take the college entrance exam as many times as you wish, you only have one chance to take the high school entry exam. However, college is often viewed as a greater determinant of success, “because older generations tend to believe ‘a good college will lead to a good job’.”

But high school in itself simply proves a preparation for college exams. Students prepare and study their whole high school life for the exam they take when entering university. Preparing for many stress-filled days and sleepless nights, just for this one test to be on hold because of the COVID lockdown is not worth the struggle.

It may be that the debate regarding holding high school tests during a COVID-19 outbreak points to the overemphasis on test-taking in Taiwan. Nevertheless many students are more concerned about the quality of their education no matter the location. Some students I talked to spoke of how the current system cannot keep up with the employment demands in the fast-moving job market nor give them incentive to learn skills outside of test-taking. 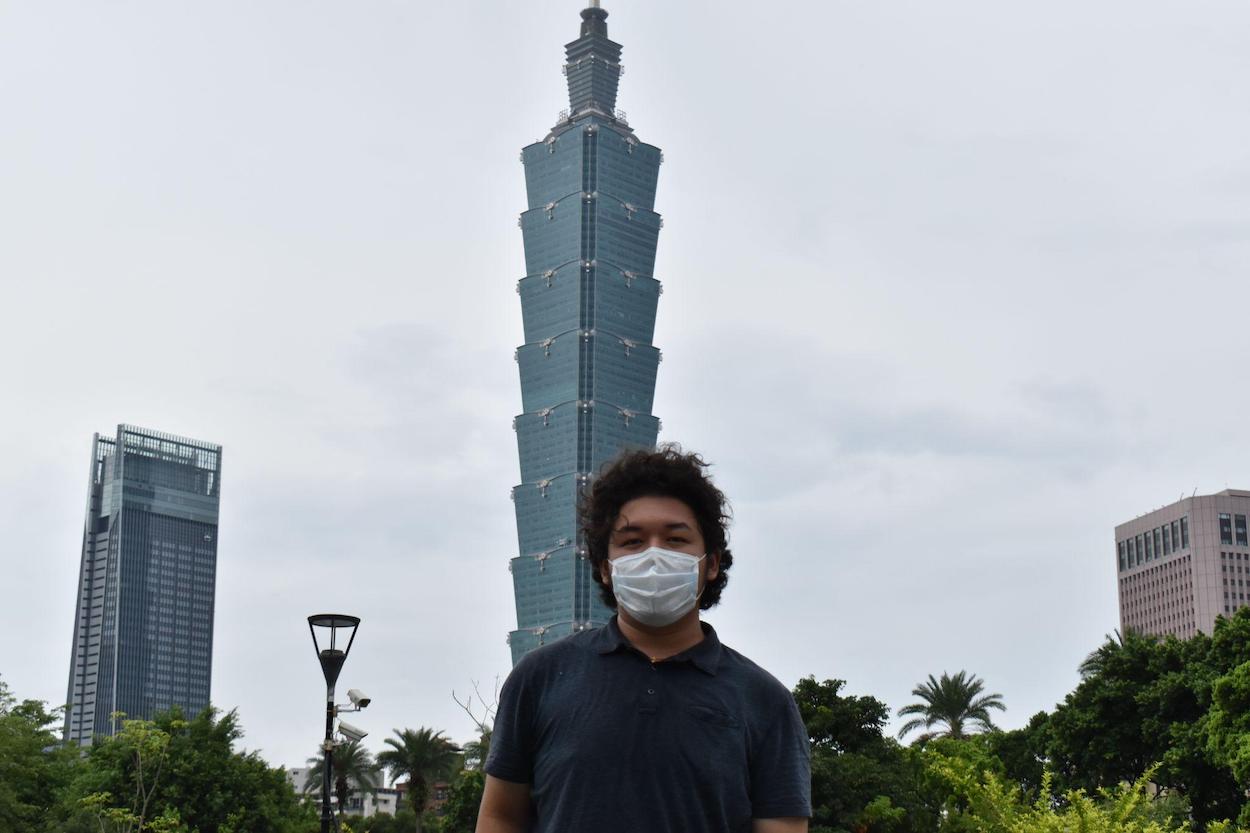 Although universities have on-the-job training and internship opportunities, they do not align with the program with industry partners by having accreditation with the list of accredited partners available for university students to choose from. As assessed by graduates, there must be a correction in the mismatch of skills.

Such issues are not exclusive to Taiwan, but apply more broadly to other Asian contexts–notably from Southeast Asian countries that Taiwan has sought to solicit students from, in order to make up for declining enrollment numbers at college because of the declining birthrate.

When it comes to academic rigor, Kezia, a Tunghai University International College Business Administration (IBA) student from Indonesia, says “Education in Asia has a lot of impact on students. Teachers give a lot of assignments and tests on top of a required class schedule from morning to evening and even until late at night. The education system only focuses on excessive academic matters such as memorizing information that is not so important for students and will not be used in their future careers. The sad thing is that although we have a high and good educational background during the job search, our skills for being a good worker are lacking or non-existent.”

She continues saying, “The education system should also be able to focus on other important lessons such as teaching students about personal finance, self-awareness, mental health, workplace competitiveness training, insurance and other things that they will really need for the future.”

Rote memorization and excessive pressure placed on students are partly caused by the bilingual education and cram schools, which are after school programs that focus on test-prep, exam factories, and extra classes, especially teaching English, over and above the general school curriculum. However, at a time in which Taiwanese universities are struggling to find students, the undue emphasis on test-taking may lead to difficulties attracting students from southeast Asia.

Issues regarding Taiwanese universities are exacerbated by the annual outflow of Taiwanese students to the US. James Sims, Dean of the International College at Tunghai University, commented, “A lot of people want to go abroad to learn, especially the younger generation. Finance is the big issue. American universities don’t give as many scholarships as they did in the past. Students now would prefer to go at the graduate level, if they can even afford it.” 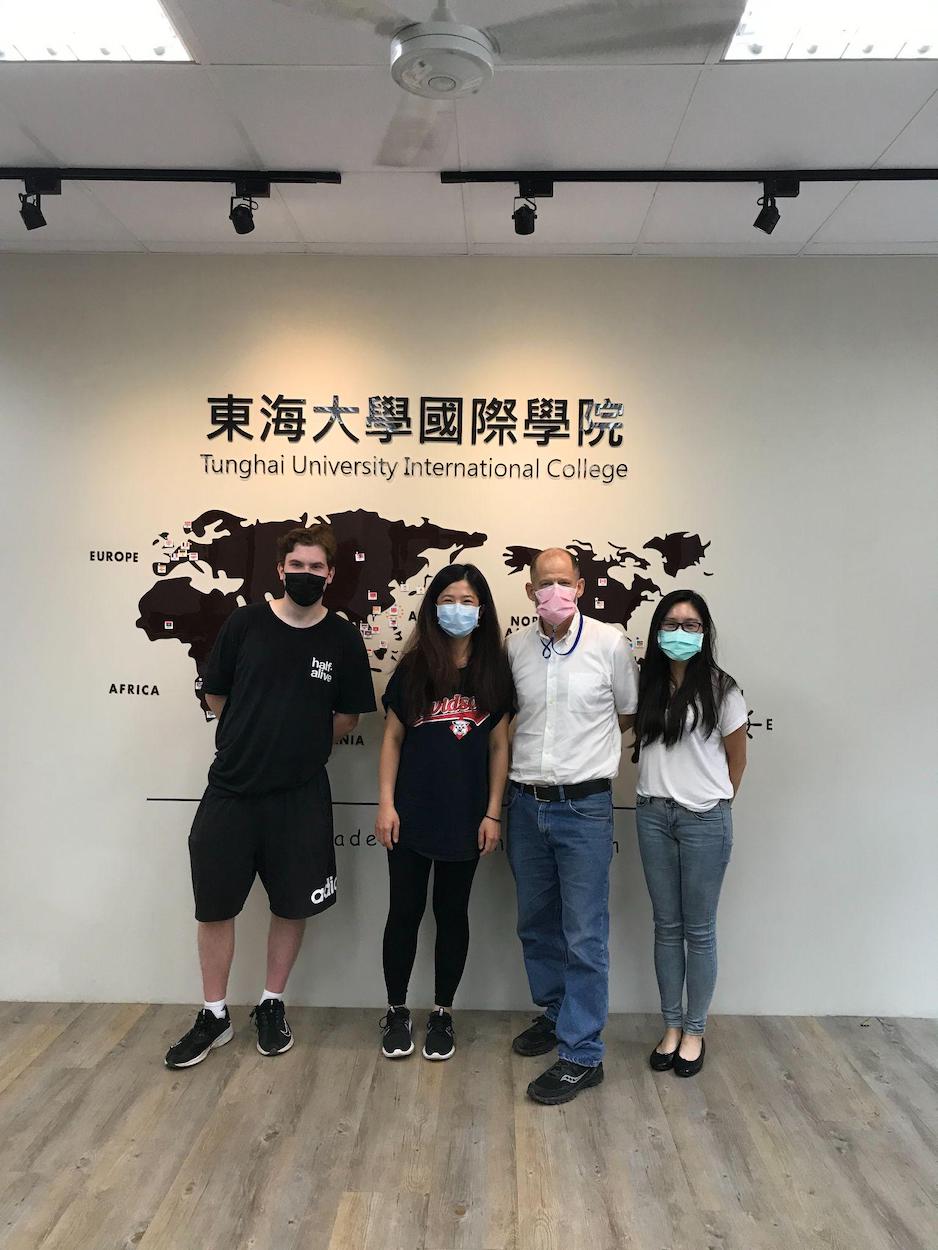 In the long term, the over-emphasis on test-taking may affect Taiwan’s ability to attract international students. While the majority of colleges and universities in the United States decided to drop any testing requirements for college admission review, Taiwan lagged behind in understanding the strain testing has on many students’ mental health and lack of adequate preparedness. Stressful academic tests at this moment of time don’t prove any real capability that students possess.

In the end, education is about the students, their wellbeing, and their success. If Taiwan is to continue being at the forefront of affordable and quality education, they must understand the adjustments that must be made to their admission schema. It may be difficult to start to move toward a more open education system, but if the rates of students going to college keep steadily declining as time goes on, Taiwan needs to step up to the plate and test themselves on their ability to understand these student’s situations.