Lessons from the Miaoli Lockdown: The Truth About Racism in the Asia Pacific

“Taiwan isn’t racist. How can it be?”

“Look at America. That is racism at its ugliest.”

“It is easier to recognize the beauty in Taiwan. How does this even affect my life? I’m not racist….”

THOSE WERE just a few of the words I kept hearing from people around my area here in Taichung who have been denying discrimination within Taiwan; many of whom are older or not in touch with the harsh reality Taiwan and the world faces today.

Although easy to ignore, there is no denying that cultural insensitivity permeates Taiwan. Taking the time to recognize issues, brainstorm solutions, and foster dialogue about these types of sensitive topics all become more critical as Taiwan continues to progress as a society that values its people and treatment of each other.

Hence, the main question becomes: where are we today and where do we go from here?

In Taiwan, the mistreatment of Southeast Asian migrant workers, specifically those employed in Taiwanese factories has recently become more visible than ever before. Earlier in June, Miaoli county restricted migrant workers from leaving dormitories unattended, despite that Taiwan is not currently on lockdown individuals are called to reduce going out, but not prevented from doing so. This was a response to COVID-19 clusters among migrant workers.

Race is a complex issue in Taiwan. There are sixteen officially recognized Indigenous tribes in Taiwan, alongside hundreds of thousands of new immigrants hailing from Southeast Asia and other places. Historically, “benshengren” residents of Taiwan from earlier waves of Han migration from China were discriminated against during the authoritarian period, with the “waishengren” that came to Taiwan with the KMT constituting a political and economic elite.

With this wave of movement comes diverse cultures, different customs, “obscure” languages, and a lack of an identical community.

After being closed off from the rest of the world’s COVID experience, Taiwan has struggled at adjusting to what life is like under stricter regulations and lockdown. If level three advisory alert has shown us anything, it is that Taiwan has made clear its two-tier, bilateral approach to its foreign residents: one composed of lack of labor, discrimination, and equity protection. Notably, the majority of Miaoli’s Han residents were able to shop for groceries out and about while “second-tier” and “lesser” Asians remained locked inside of their home quarantines after being blamed and scrutinized for the outbreak of COVID in the area.

Categorizing human beings as “migrants,” “herds,” and “non-pure” is not only disrespectful but has a wide array of side-effects on conceptions of worth.

The virus has not remained something that is accidental or out of human control, it has become a means to categorize, demean, and scrutinize “lesser” communities. Yet a majority of the voices being raised in disarray are those of privilege and not of the people who are being adversely affected. The response in Miaoli is a mess, but one worth learning from, to ensure that it doesn’t happen again.

What steps can we, as ordinary people, begin to take to make real change in the wake of a post-pandemic world? There was no concerted social response to the recent wave of racism against migrant workers in Taiwan, though there were petitions organized by local Miaoli residents against the actions of the Miaoli government, and responses from migrant worker organizations.

Such news proves that the present needs more than a textbook—it needs a toolbox. The hammer that destroys these structures of oppression is just as important as the wrench that bolts the pieces back together. Now is the time to assemble Taiwan’s toolbox.

Recently, the Stop Asian Hate Movement became that hammer for citizens in the United States. Anti-Asian-violence rallies and protests swept across the United States in response to racism and xenophobic behavior against Asian Americans both related and unrelated to COVID-19. After the catalyst of the Black Lives Matter Movement in mid-2020, the Stop Asian Hate slogan gained traction and became a symbol of consolidation in the wake of Vicha Ratanapakdee’s murder and Atlanta shootings. Around 1/3rd of Asian Americans fear threats and physical attacks due to their race and over 45% have experienced offensive incidents in their lives.

Sophia Li, a journalist and director known for her work on social justice issues, put it best: “We are siloed further and further in our own social bubbles, not only in the content we consume, but also the news that we are seeing.” That goes for anyone who is anywhere on this planet. Anti-Asian hate crimes impact the “collective,” not just “one community.”

Racial injustice cannot be compared, but the experience can be shared. The wealth disparity, oppressive laws, and ideas of “Western (white) supremacy” are parts of the societal machine that need to be dismantled, whether by Asia’s own undertaking of Stop Asian Hate as a hammer or beginning to unveil the truth by unscrewing the ugly reality of racism outside of the Western gaze.

Although the amount of international support surrounding Stop Asia Hate has been profound, Miaoli has shown the shallow circles discrimination can lurk and fester on. Even within the light of change, certain demographic areas remain vulnerable. While Stop Asian Hate is a model for people to speak out and follow today that was never as readily available before, Asia needs to understand it more.

Second, Filipino, Indonesian, and Vietnamese workers have long been treated as second class citizens both in and outside of the Asia Pacific. Stop Asian Hate becomes a model to treat others better, in the sense that treatment of immigrant groups as second-tier residents is not exclusive to Taiwan or any other countries.

Significantly, this involves inter-ethnic discrimination between Asian groups–experience applicable to the Taiwanese context. A 2021 study by two sociology professors, Dr. Harvey L. Nicholson Jr. and Dr. Zobayer Ahmmad, showed out of ten different ethnic subgroups (including Chinese, Koreans, and Japanese) Filipinos, Vietnamese, Cambodians, and Hmong had the most encounters with major discrimination. 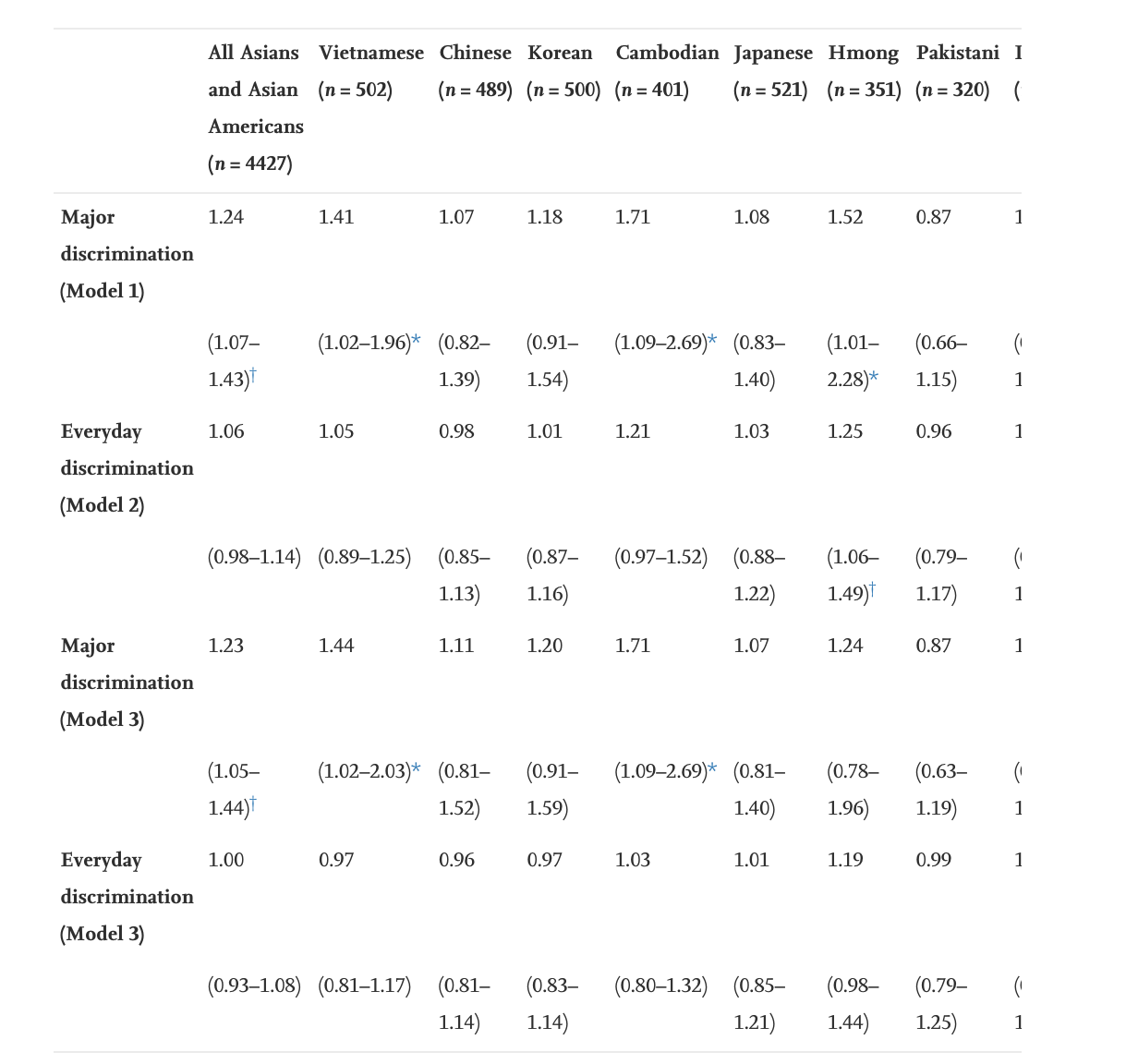 Recent spikes of anti-Asian violence in the U.S. and globally are rooted in centuries of racist imperialism and colonialism, just how anti-Black violence today is rooted in the rotten history of exploitation, slavery, and segregation. Since the start of the pandemic, anti-Asian hate crimes rose 150% in 2020, underscoring the importance of the message Stop Asian Hate now more than ever, with numerous diverse communities coming together to demand real change in the court systems and on the streets. This points to the need to examine the historical roots of discrimination against Southeast Asian migrant workers in Taiwan.

Indeed, COVID-19 has revealed longstanding societal issues that have always simmered below the surface in Taiwan.

Taiwan had not experienced a major COVID-19 outbreak in over a year. With the present, there is a lot of talk about who is in charge, how the government should be handling the situation, etc. but not much conversation around how people are struggling with not only their physical health but mental health to survive during this time. Moreover, there is more concern for health but a lack of broader support for Indigenous and minority communities during this time.

Taiwanese society has long perceived itself as more racially homogenous, to the point where the Stop Asian Hate movement can be easily dismissed as only applicable in a multicultural society like America. However, it is a mistake to pretend that racism doesn’t exist underneath the facade of homogeneity.

In reality, discrimination never goes away. It’s enabled by the way we are raised, what communities we are surrounded by, and what we teach ourselves to accept as truths. Addressing discrimination in Taiwan will be a complicated process influenced by the will of its people to confront these issues, as well as historical factors. But no matter the size of the step, one person combating bias and narrow-mindedness goes a long way toward making society a better place. It is time to compile your own toolbox.