CONCERNS HAVE been raised regarding the reconstruction of the Losheng Sanatorium by activists, with demonstrations by residents and supportive activists earlier this month. Demonstrations to date have included attaching banners to the construction site of the sanatorium, protesting outside of the Executive Yuan, as well as protesting at the Golden Melody Awards while president Tsai Ing-wen was in attendance at the awards ceremony. The Golden Melody Awards are Taiwan’s most prestigious musical awards.

The Losheng Sanatorium Struggle was one of the major social movements in the years leading up to the 2014 Sunflower Movement, though controversy about the issue actually dates back around 25 years. 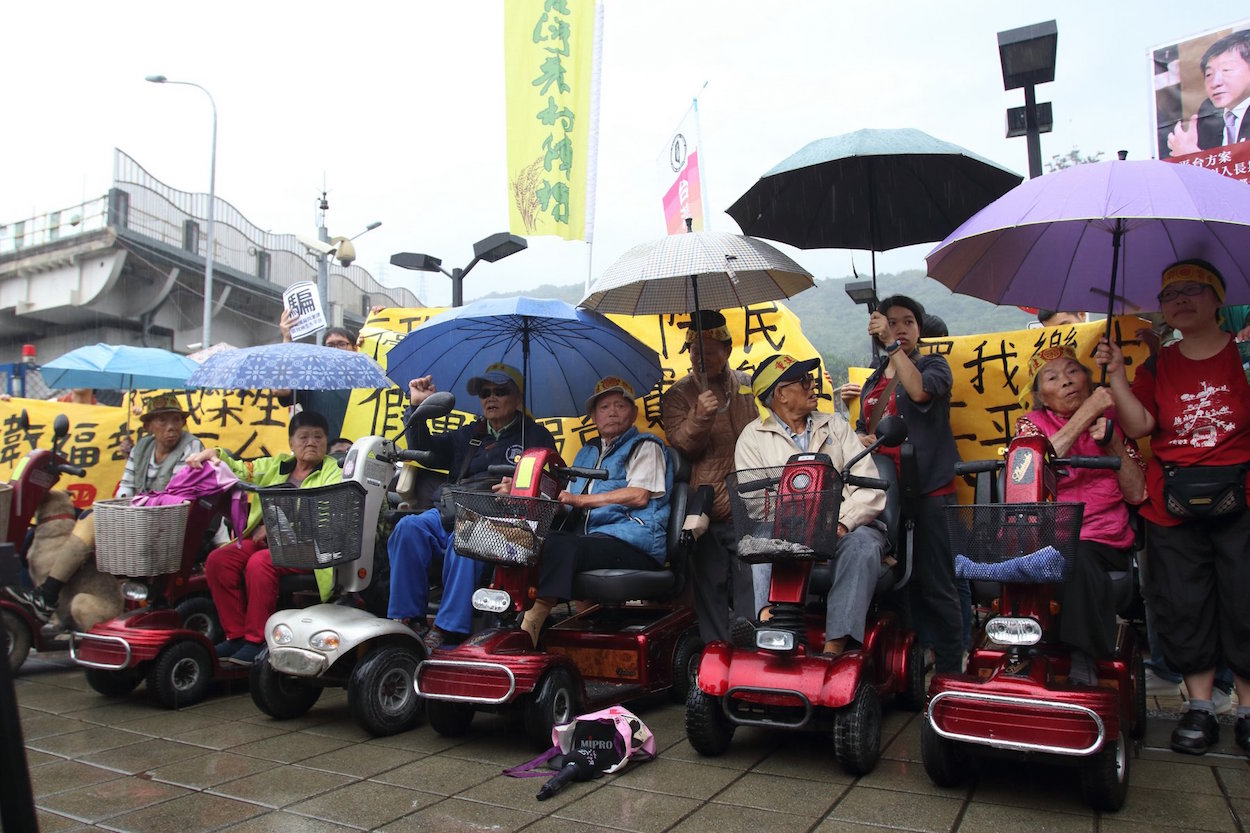 In particular, the Losheng Sanatorium is a sanatorium for lepers that was built during the Japanese colonial period. As attitudes towards individuals with Hansen’s disease in the early 20th century were that they needed to be confined away from society, this is what led to the construction of the sanatorium.

Some of Losheng’s oldest residents are over seventy years old, including individuals who have lived through successive colonial regimes in Taiwan, including both the Japanese colonial period and the arrival of the KMT in Taiwan.

Plans for development in 1994 originally called for the sanatorium to be demolished and for an MRT station to be constructed there as part of the Xinzhuang line. Protests led by youth activists working with Losheng residents led plans for this to be shelved in 2005, with Losheng residents promised new residences. However, this later turned out to be plans to construct a new hospital, which would be for short-term care, and not to provide for Losheng residents in the long-term. 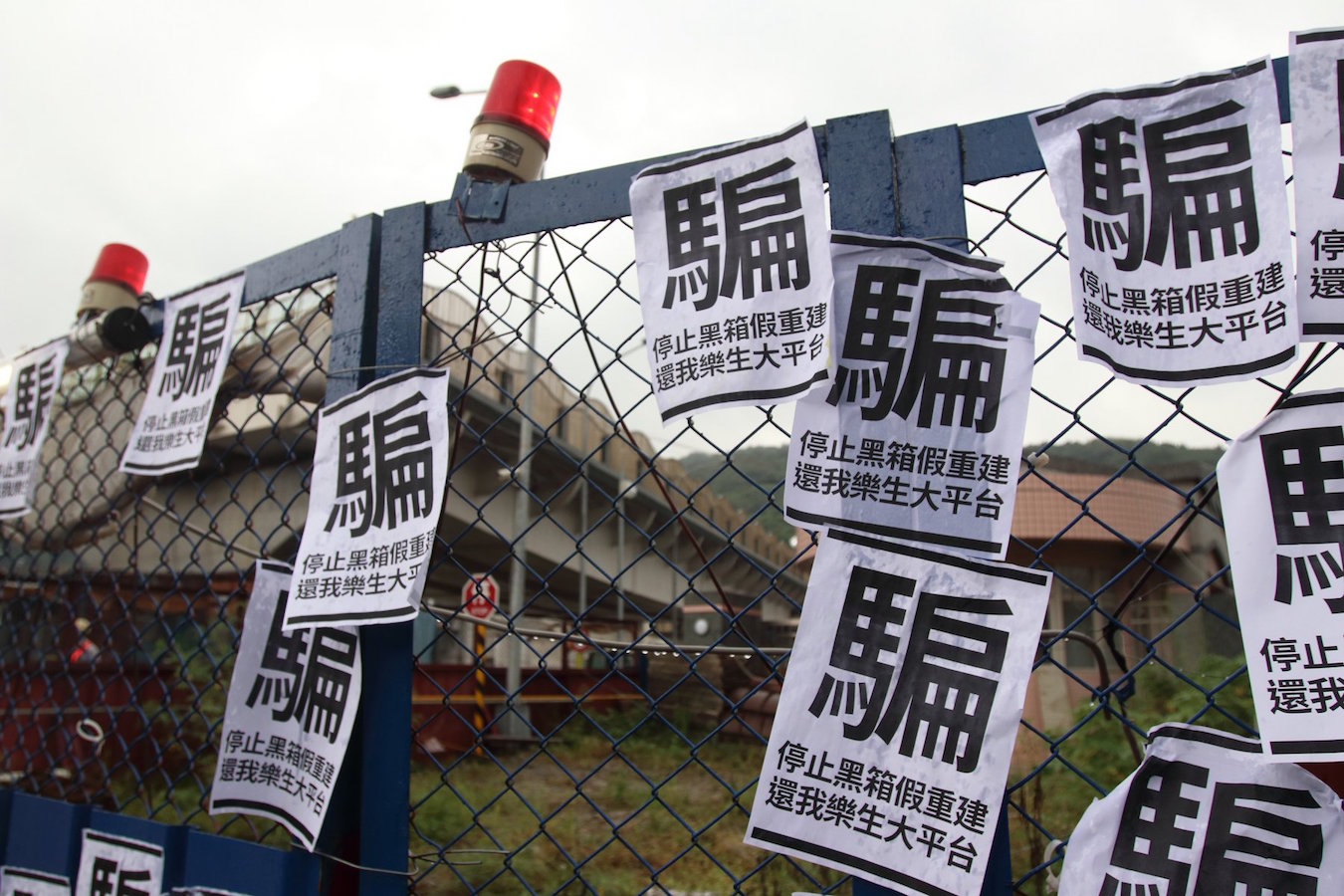 The acting director of the Hospital and Social Welfare Organizations Administration Commission, Wang Bi-sheng, has stated that residents’ wishes and needs will be taken into account in the construction of the new hospital. However, according to residents, after the demolition of the main gate of the Losheng Sanatorium in April, construction plans already seem to be shifting in a direction that will not be suitable for long-term Losheng residents.

The specific example that demonstrators raise is a new pedestrian overpass in the sanatorium which does not have the proper elevator and ramp facilities that the sometimes mobility-impaired Losheng residents would need in order to use it. Demonstrators claim that the wishes and needs of elderly Losheng residents are being disregarded and that, through the supposed consultation sessions which have been held so far on the construction process, Losheng residents are treated as a rubber stamp more than anything else.

In the aftermath of the protest at the Golden Melody Awards, Tsai Ing-wen has stated that she believes the relevant authorities will take care of the matter. Yet one notes that, despite land justice being one of the key issues focused upon by Taiwanese youth activists in past years, the Tsai administration’s actions have been rather perfunctory with regards to more recent cases. 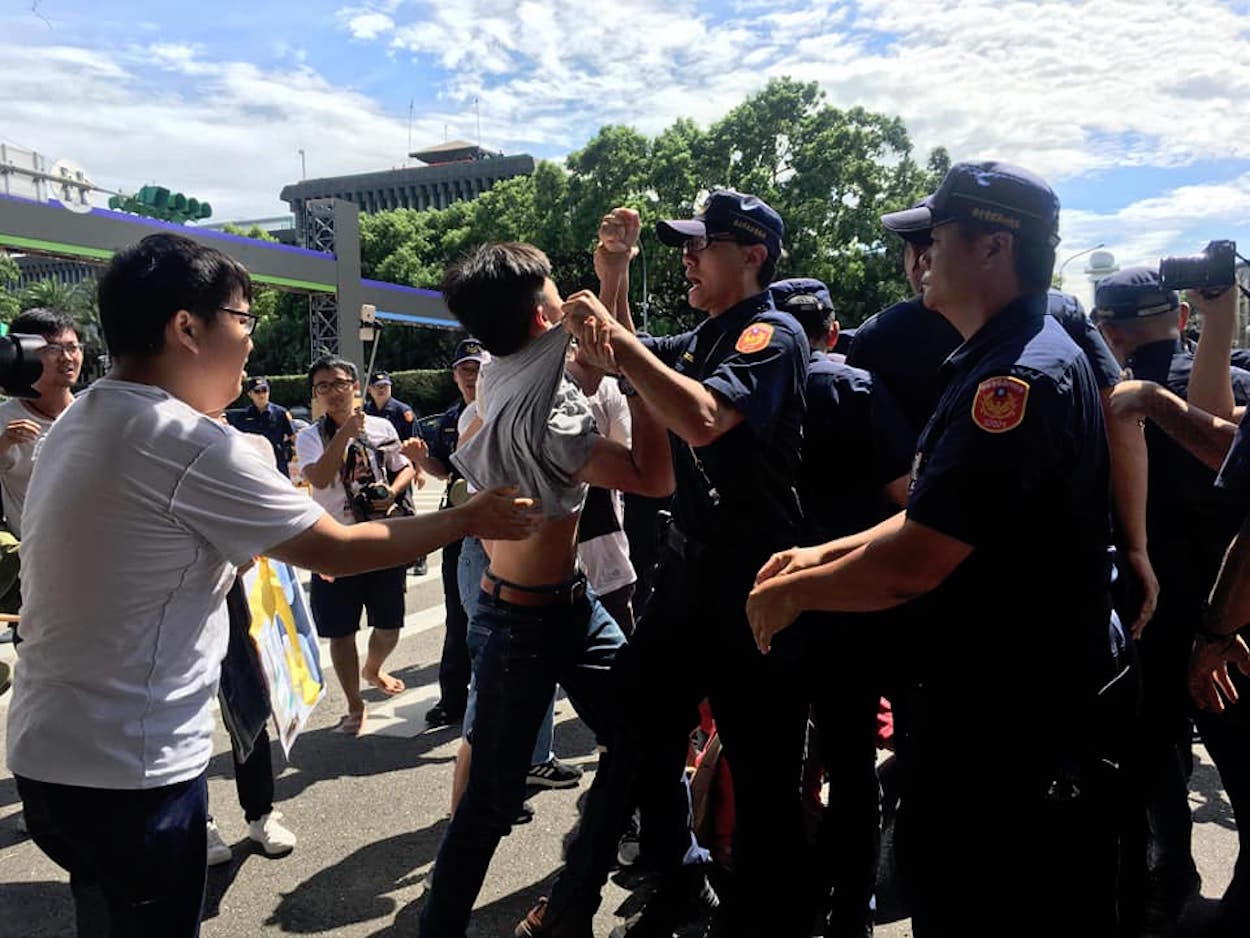 That being said, the Tsai administration has shrugged off cases of urban eviction which have taken place under its watch, most notably in the case of the Daguan community struggle. The Daguan community struggle adopted many of the direct action-focused protest tactics of struggles against urban eviction in the years before the Sunflower Movement, but it was less successful in pressuring the Tsai administration.