A THREE-DAY VISIT to Taiwan by American Undersecretary of State for Economic Growth, Energy, and the Environment Keith Krach ended yesterday, though not without some controversy.

In particular, Krach’s visit to Taiwan was originally touted as being for the purposes of carrying out an Economic and Commercial Dialogue between the US and Taiwan. The Economic and Commercial Dialogue was announced on August 31st by David R. Stilwell, the US Assistant Secretary Bureau of East Asian and Pacific Affairs, in the wake of a visit to Taiwan by US Secretary of Health and Human Services Alex Azar in August. 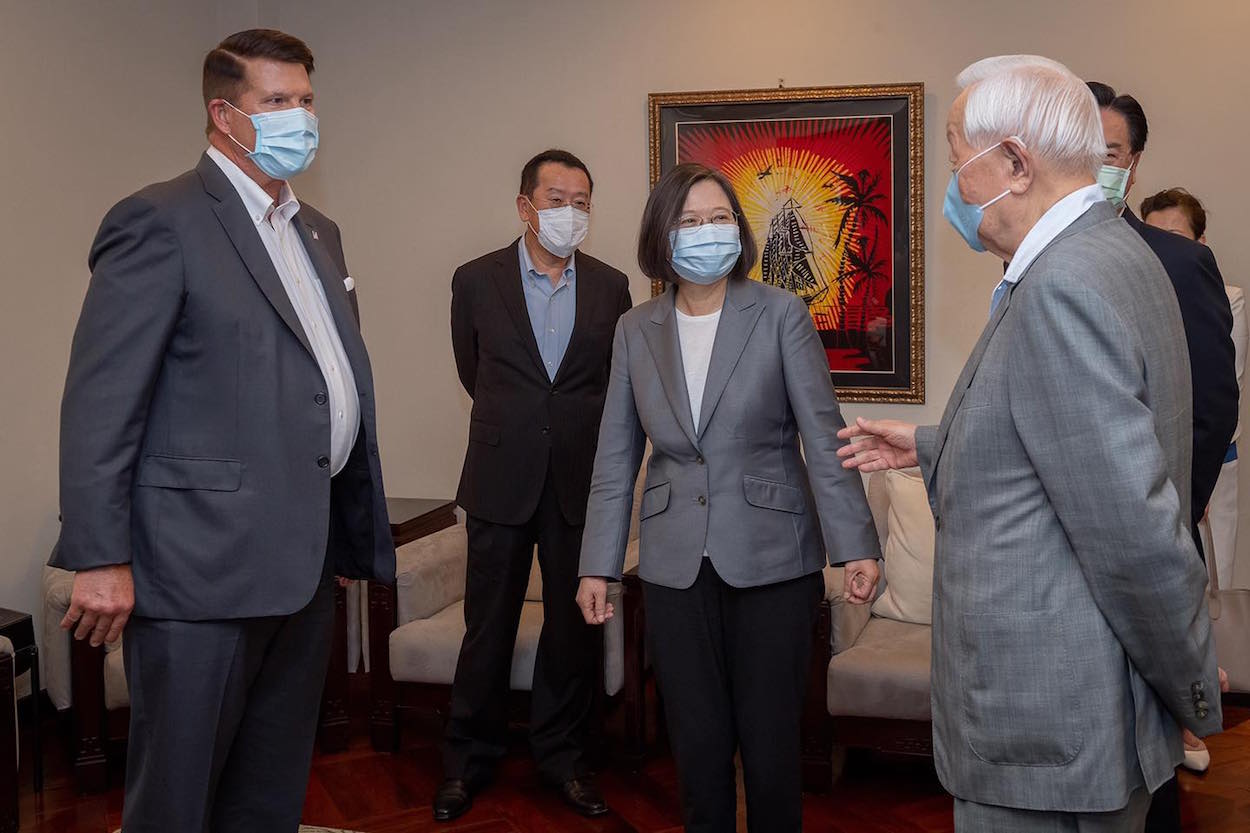 It is still unclear why the official purpose of the visit was changed. During the visit, Krach still met with senior government officials including Minister of Economic Affairs Wang Mei-hua, Minister of Foreign Affairs Joseph Wu, and Premier Su Tseng-chang to discuss trade issues, though the diplomatic delegation sought to keep a lower public profile.

Some reports suggest that the Office of the US Trade Representative was unhappy with the Tsai administration for touting the US-Taiwan Economic and Commercial Dialogue in as high-profile a manner as it did. This was with the aim of pointing to the dialogue as a diplomatic breakthrough for Taiwan, but the US may have been unhappy with the suggestion that a natural consequence of the dialogue would be a bilateral trade agreement between the US and Taiwan. The publicity regarding such talks would have also been an obstacle to confidentiality—as such, during the visit, the attendees of meetings with the US delegation were kept secret, though it is known that individuals such as Taiwan Semiconductor Manufacturing Company CEO Morris Chang were present during talks, while Chinese National Association of Industry and Commerce chair Lin Por-fong declined to attend.

Other reports suggest that the American government was unhappy regarding the continued controversy over ractopamine-treated pork and beef imports from the US.

160 countries do not allow the use of ractopamine, a growth hormone, as a result of which the possibility of ractopamine-treated pork and beef from the US has been controversial in Taiwan in the past, given the potential risk to public health. Domestic livestock farmers have also been another major source of resistance to American meat imports.

Controversy over American beef and pork imports has been a major point of contention preventing a bilateral trade agreement between Taiwan and the US in the past. But the Tsai administration announced last month that it would be lifting the ban on American beef and pork imports on August 28th, leading to the announcement of the Economic and Commercial Dialogue three days later. 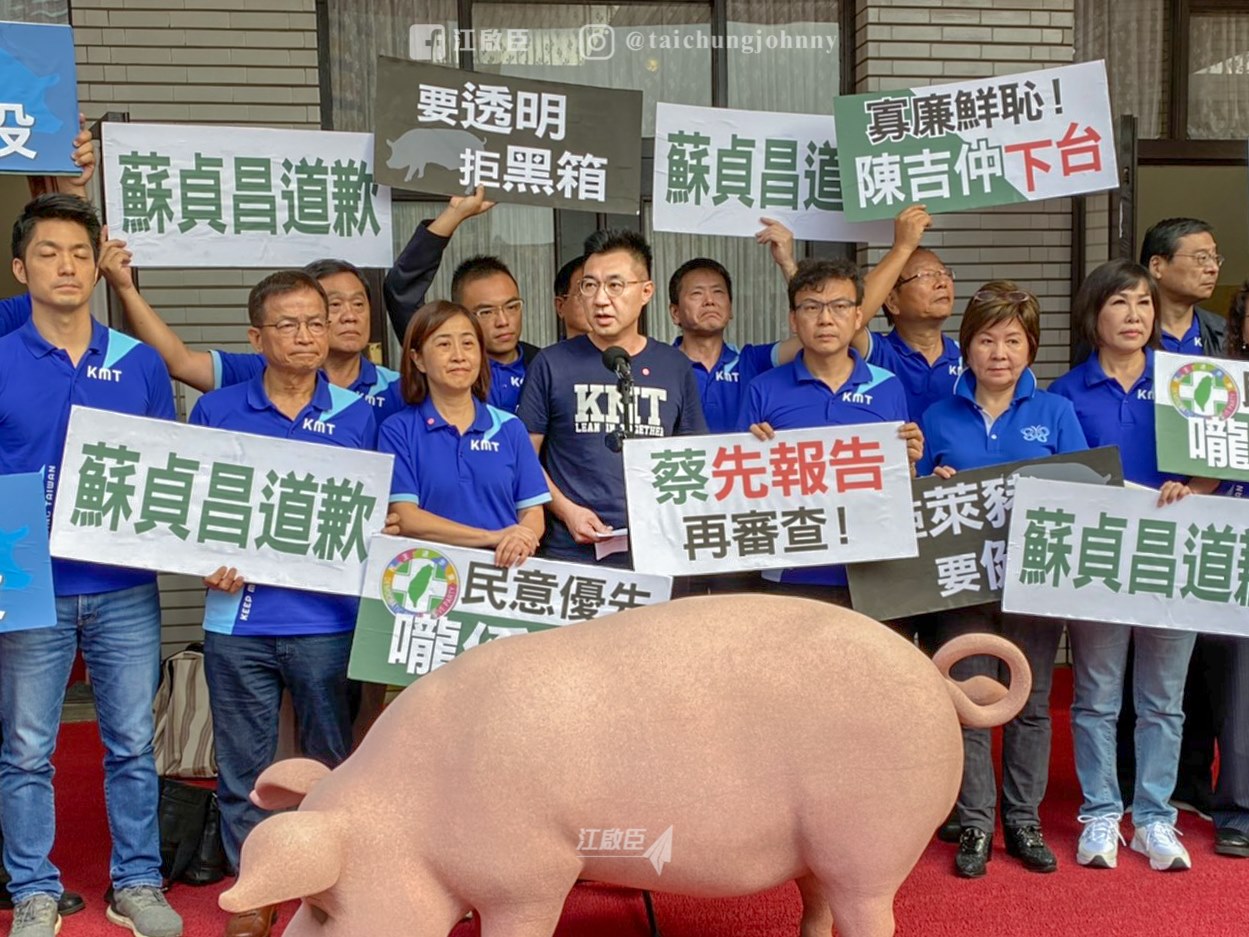 Indeed, Krach’s visit saw criticisms of the Tsai administration from opposition parties including the KMT, NPP, and TPP over the ractopamine issue. The KMT has leveraged particularly hard on the issue, bringing a prop pig to the Legislative Yuan, and attempting to cross-examine Premier Su Tseng-chang, though video of legislator Chiang Wan-an attempting to cross-examine Su went viral because of his weak questioning of Su. The NPP and TPP have called on the Tsai administration to better explain its shift in stance.

It proved a gamble for the Tsai administration to seek to lift the ban in imports of ractopamine-treated American pork and beef from the US to begin with. Given how controversial the issue has been in the past, the issue is likely to meet further political resistance.

That being said, the KMT itself attempted to allow for American beef imports in 2008, during the Ma presidency. The issue of ractopamine-treated American meat imports is an issue that the KMT and DPP have swapped positions on between when they were in power and serving as an opposition. As a result, the issue could have potentially been controversial within the DPP as well—Tsai reportedly waited until immediately before she announced the lifting of the ban to inform the DPP party caucus.

However, the DPP has not broken ranks on the issue so far. The DPP is presently framing the issue as the KMT’s opposition to American pork and beef imports as having derailed trade talks with the US. Similarly, the pan-Green camp has framed Krach’s visit to Taiwan as superseding the previous visit by Alex Azar in importance and, in this way, as still representing the upgrading of relations between the US and Taiwan. It is probable that America may be wary of plans by the KMT to launch a national referendum on the issue.

It is also noteworthy that former Japanese prime minister Yoshiro Mori again visited Taiwan during Krach’s visit to Taiwan in order to mourn Lee Teng-hui, having previously visited Taiwan for the same purpose during the same period of time in which Azar was in Taiwan—this may point to strengthening ties between Taiwan and Japan, too, with Mori having met with Tsai during his visit. That being said, in response to comments by new Japanese prime minister Yoshihide Suga that he hoped to get on a phone call with Tsai soon, Tsai stated that she had no plans to make such a phone call anytime soon. Tsai may view a visible strengthening of ties between Taiwan and Japan as too risky at present. 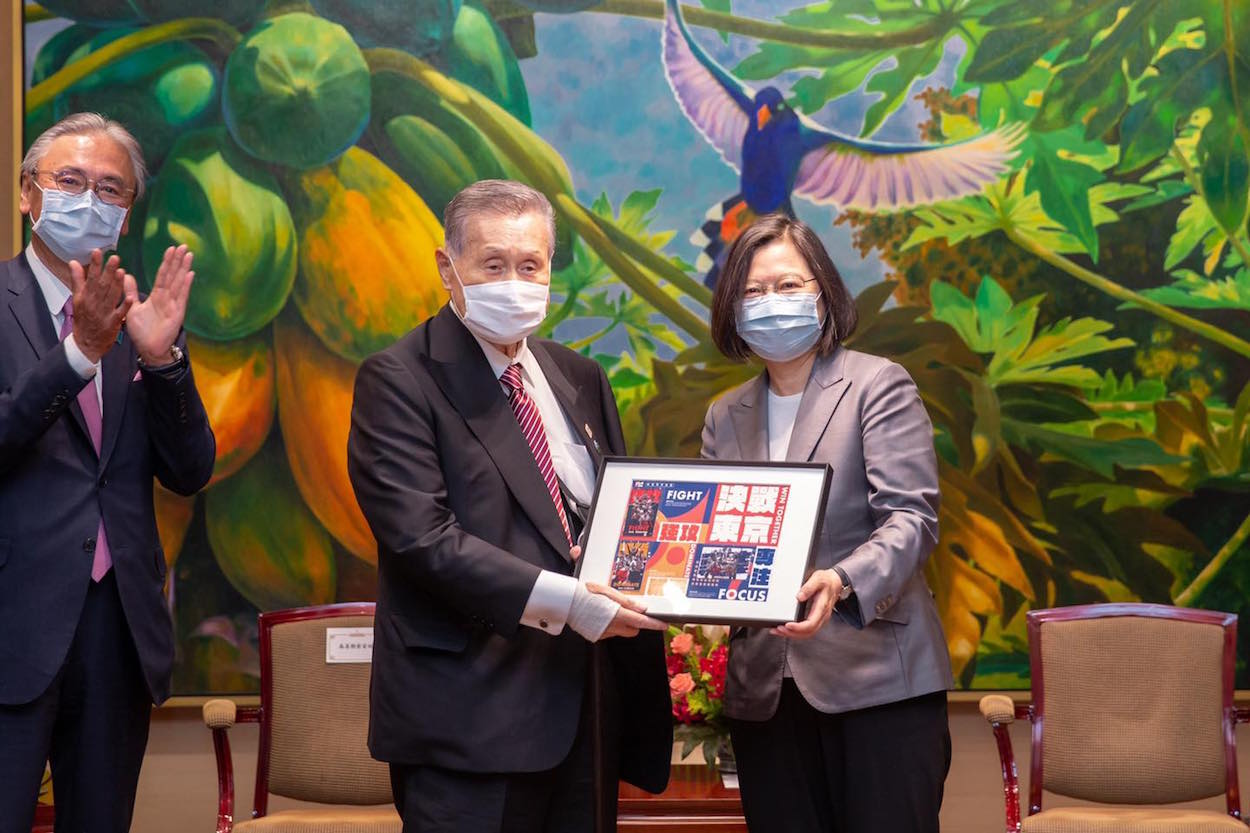 Namely, Chinese threats against Taiwan also continued to escalate during the Azar visit. China sent warplanes into airspace near Taiwan for two consecutive days this week, sending eighteen warplanes on the first day and nineteen warplanes on the second day, then conducting military drills in the region. Chinese state-run media such as the Global Times posted threats against Taiwanese President Tsai Ing-wen during the Krach visit, representing the further escalation of Chinese threats against Taiwan. One expects China to continue to register its discontent against strengthening US-Taiwan political and economic ties through such threats going forward, and it would likely react similarly regarding the strengthening of ties between Taiwan and other regional actors, such as Japan.