New Bloom editor Brian Hioe spoke to Asylum Access, an international NGO working on asylum issues, about the status of asylum laws in Taiwan, the organization’s work, and its efforts regarding asylum issues in Taiwan.

Asylum Access:  Asylum Access is a global leader in the field of asylum and refugees’ human rights.  Unique among international refugee response organizations, we specialize in legal frameworks and their implementation through national governance systems, including policies, practices, and institutions. 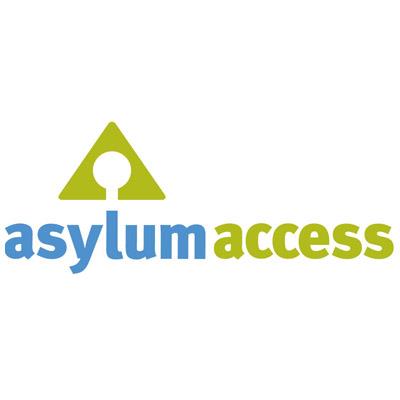 Asylum Access has worked across Asia, the Middle East, Africa, and Latin America to establish or improve asylum and refugee status determination systems, both national and government UN-run systems.  Globally, we have been instrumental in changes to national or UN policies impacting over 2 million refugees to date.

In Thailand, Asylum Access is the primary authorized legal service provider for official United Nations refugee status determination proceedings.  In early 2019, we helped broker alternatives to detention for refugee women and their children, resulting in an official Memorandum of Understanding between 7 divisions of the Royal Thai Government establishing a system for responding to the needs of refugee women and children.  We are currently working closely with the Royal Thai Government to develop a state-run screening mechanism for refugees.

We also operate or have operated extensively in Jordan, Lebanon, Mexico, Ecuador, Central and South America, Tanzania, and South Africa, with additional operations anticipated in the near future in Bangladesh and Ethiopia.

Asylum Access began in 2005 after Founder and President and CEO Emily Arnold-Fernández saw a gap in global refugee response.  The dominant response to refugee displacement was developed in the wake of World War II, after the war was over and people across the globe were navigating the process of returning home—so it focuses on meeting refugees’ immediate, temporary needs while they await repatriation to their home countries.

Unfortunately, global displacement is at an all-time high.  For most refugees, displacement is not temporary.  In fact, the average time of a “protracted refugee situation”—which includes most of the major displacement situations in today’s world—is 26 years.

What refugees today need, when they arrive in a new country, is the opportunity to put their skills, knowledge, and determination to use as they rebuild their lives.  When refugees enjoy the full range of human rights granted by international law, they have full access to such opportunity.

Unfortunately, in many countries around the world, the laws, policies, practices, and institutions of governance are set up in ways that impose barriers rather than facilitating opportunity for refugees.  Often, refugees are barred by law from living safely, moving freely, working and attending school in their countries of refuge, which impedes their ability to rebuild their lives and contribute to their new homes.

Facilitating opportunities is now increasingly recognized as a critical component of refugee response.  Since Asylum Access’s founding in 2005, we have seen the United Nations Refugee Agency, the World Bank Group, and the International Labor Organization redefine their priorities to include changing governance systems in refugee-hosting countries, so refugees can work, access state services like education and healthcare, and participate in their communities to the benefit of all.

Today, thanks in part to Asylum Access’s work, the world recognizes that humanitarian aid is not nearly enough.  To respond effectively to displacement and persecution, we must couple aid with changes to governance and regulatory environments so refugees can access their rights, meet their own needs and give back to the countries that become their new homes.

BH:  What brings Asylum Access to Taiwan? How have you found the situation compared to, for example, other parts of Asia? Asylum Access notably arrives at Taiwan at a time in which an increasing number of international NGOs and conferences working in Asia are relocating to Taiwan, in large part due to the deteriorating situation with Hong Kong.

AA:  As East Asia’s leading democracy, Taiwan has a moral imperative and a pressing opportunity to lead the region in providing refuge—asylum—for people fleeing persecution and violence.  Asylum is enshrined in the Universal Declaration of Human Rights and elaborated in myriad international human rights instruments.  Taiwan can make this right a reality.  Asylum Access can help Taiwan do so.

Asylum Access believes all refugees deserve a fair chance at a new life.  We specialize in helping countries create the conditions in which refugees can rebuild and contribute in new homes.  Because of Taiwan’s preeminence as a democratic leader in the region, we feel it is especially important that Taiwan lead (or at least not fall behind!) in taking a modern approach to refugee response—one that upholds and implements refugees’ fundamental human rights.

Asylum Access has a long history of work in Asia, in particular Thailand and Malaysia, two countries that are part of Taiwan’s New Southbound policy.  We also have deep experience helping improve the UN Refugee Agency’s system for determining refugee status, which processes around 200,000 refugees across 50 countries each year. 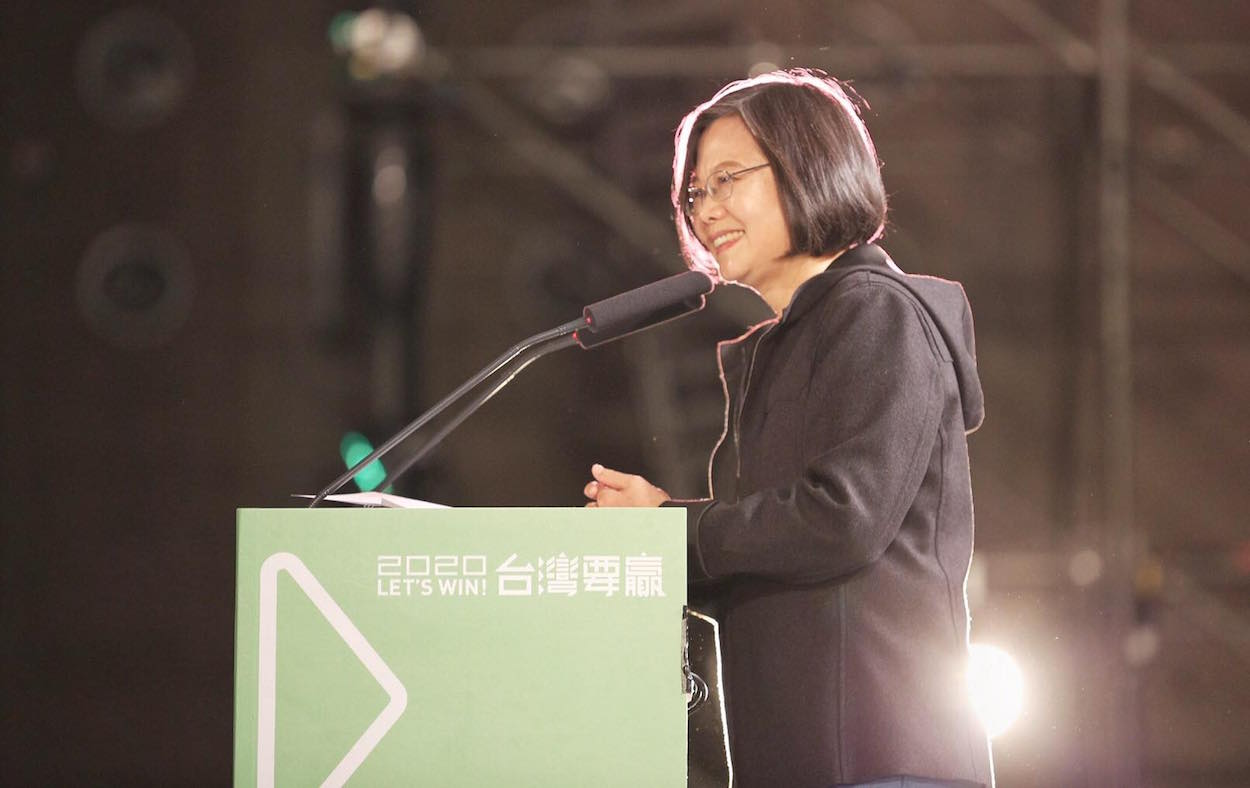 We’re approaching Taiwan now because, with our experience and regional expertise, we believe we can help Taiwan uphold its reputation as a human rights leader—and the world today desperately needs such leadership.

With political persecution erupting against democracy activists in Hong Kong, the average duration of displacement rising globally, and disproportionate impacts on those most marginalized (80% of refugees are women and children), Taiwan is ideally poised to highlight its leadership on a critical global issue by acting today.

Taiwan stands to benefit from offering asylum to refugees – not only in moral reputation, but in practical terms as well.  Refugees repay their hosts generously, strengthening economies and bringing new skills, trading opportunities and entrepreneurial ideas.  With only a few thousand refugees among a population of 24 million, Taiwan can easily accommodate these newcomers to achieve a win-win solution for everyone.

Taiwan has an opportunity to become the Asian leader on asylum.  By building a world-class asylum system—one that can adjudicate refugee status and accord the rights associated with asylum to all those who qualify as refugees—Taiwan will be setting the standard for Asia, becoming a model for its peer nations, and demonstrating its leadership on a pressing global human rights issue.

Asylum Access is interested in supporting Taiwan in developing a robust and effective asylum system.  With our deep experience working closely with multilateral organizations such as the UN and the World Bank, and developing governance to better uphold the rights of refugees under UN protection as well as in Thailand, Malaysia, and various other countries, we believe we can bring UN-type support on refugee governance that otherwise would be unavailable to Taiwan.

We were invited to Taiwan for this initial learning and scoping trip by a Taiwanese national, Jason Wang, a concerned citizen who cares deeply about leaving the world a better place.

BH:  How do asylum laws and procedures in Taiwan compare to other parts of the world? Taiwan, after all, currently lacks asylum laws and efforts to pass asylum laws have met with resistance. This occurs despite that Taiwan has passed a number of international human rights conventions and frequently claims that it is seeking to bring itself in line with international standards, given its marginalization from the international community.

AA:  Taiwan is significantly behind other modern democracies when it comes to asylum and refugee rights.  Increasingly, Taiwan also risks falling behind even other Asian countries, as states like Thailand and Malaysia are moving toward creating asylum or other mechanisms for recognizing refugees’ legal status and integrating them into their national economies and civic life.

While no country is perfect, democracies from Canada to Ecuador to South Africa have systems for granting refugees access to asylum or similar recognition of their legal status as a matter of right.  By contrast, Taiwan accords this right only to a few nationalities.  All others are subject to government discretion—allowing the government to operate in an autocratic and arbitrary manner inconsistent with democratic (and human rights) principles.

Taiwan’s current lack of an asylum system conflicts with article 14 of the Universal Declaration of Human Rights, which provides that all persons have the right to seek and enjoy asylum.  It’s hard to get any further out of line with international standards than that!

Taiwan’s refusal to enact an asylum system and provide a way for refugees to regularize their legal status, enjoy lawful stay in Taiwan, and work, attend school, access healthcare and take other steps to rebuild their lives is also at odds with a wide range of other human rights instruments, including the 1951 Refugee Convention, the International Covenants on Civil and Political and Economic, Social and Cultural Rights, the Convention on the Rights of the Child, and many others.

BH:  One of the concerns regarding passing asylum laws is the possibility of security threats to Taiwan, particularly from China. How would you respond to that?

AA:  This concern is not unique to Taiwan.  Every country fears that individuals who present a security threat could gain access via immigration systems, including asylum.

Unlike most other immigration processes, however, asylum processes generally require deep vetting to ensure an asylum claimant has a credible, well-founded fear of serious danger if they return home.  As part of this vetting, state officials have an opportunity to eliminate those who do not have genuine claims. In most modern democratic immigration systems, gaining access via asylum is far more difficult than gaining access through other immigration avenues such as student visas or business travel.

In designing an asylum system, Taiwan should look to best practices used by top-tier asylum systems, including proven techniques for assessing credibility, analyzing corroborating evidence, and evaluating the genuineness of an individual’s claim.  Asylum Access can help Taiwan understand and build on the experiences of other countries and the UN system used across 50 states around the world.

BH:  Similarly, how would you tackle Taiwan’s complicated legal relationship with China for asylum laws. Has Asylum Access worked with other countries that are not part of the UN or which are, in large part, not diplomatically recognized as a nation-state?

AA:  Asylum Access has already begun to develop relationships with Taiwanese experts, including the Taiwan Association for Human Rights, who bring deep contextual expertise and understanding of Taiwan’s relationship with China.  We would never presume to advise a country or region—no matter what its diplomatic status—without consulting with local experts. 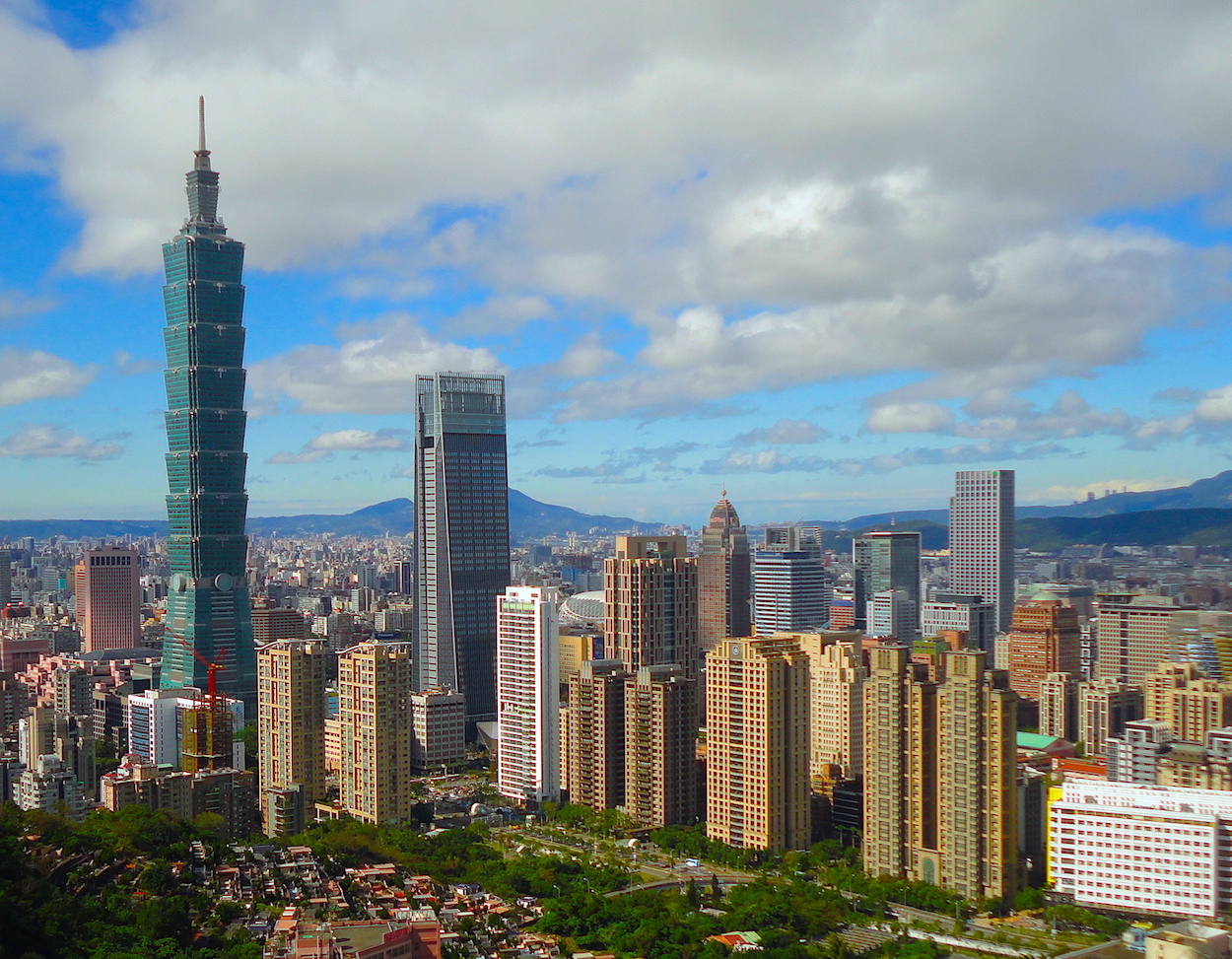 Asylum Access has experience working in other areas with complex legal and diplomatic arrangements.  For example, we have worked in the Middle East, in countries that have a variety of perspectives and disagreements about the legal status of Palestine and Palestinians.  We also work in Mexico, including in southern areas with autonomous regions whose legal relationship with the Mexican state is complicated.

As the leading global asylum and refugee human rights organization, we also have access to a wide network of experts with experience in other regions that have similarly complicated diplomatic and political relationships.  Among our close advisors and alumni, we have individuals and organizations with experience in Hong Kong, India/Assam, Israel/Palestine, Dominican Republic/Haiti, and various other locations with legally complex status.

If we collaborate with Taiwan, we will bring our own expertise and that of our network to bear, in addition to consulting with local experts and engaging deeply with this and any other questions raised by the government and other stakeholders.