Mayor Ko Owes An Apology to the Taiwanese American Community

“Those who say they love Taiwan…The children and grandchildren of these Taiwanese independence activists… They’re all hiding in the United States and New Zealand. They’re all liars.” [Laughs in contempt]

FOR A SECOND, I thought I was listening to a Chinese Ministry of Foreign Affairs spokesperson buzzing on propaganda again. I guess I was not surprised when I realized that it was Taipei Mayor Ko Wen-je who just made that jab at the Taiwanese American community…and all of their family members.

Mayor Ko’s comments and broad generalizations regarding the Taiwanese American community come off as both insulting and ignorant. Mayor Ko does not seem to have any respect for the “independence activists” and “Taiwan lovers” who are currently residing abroad after being forced to flee authoritarian Taiwan. 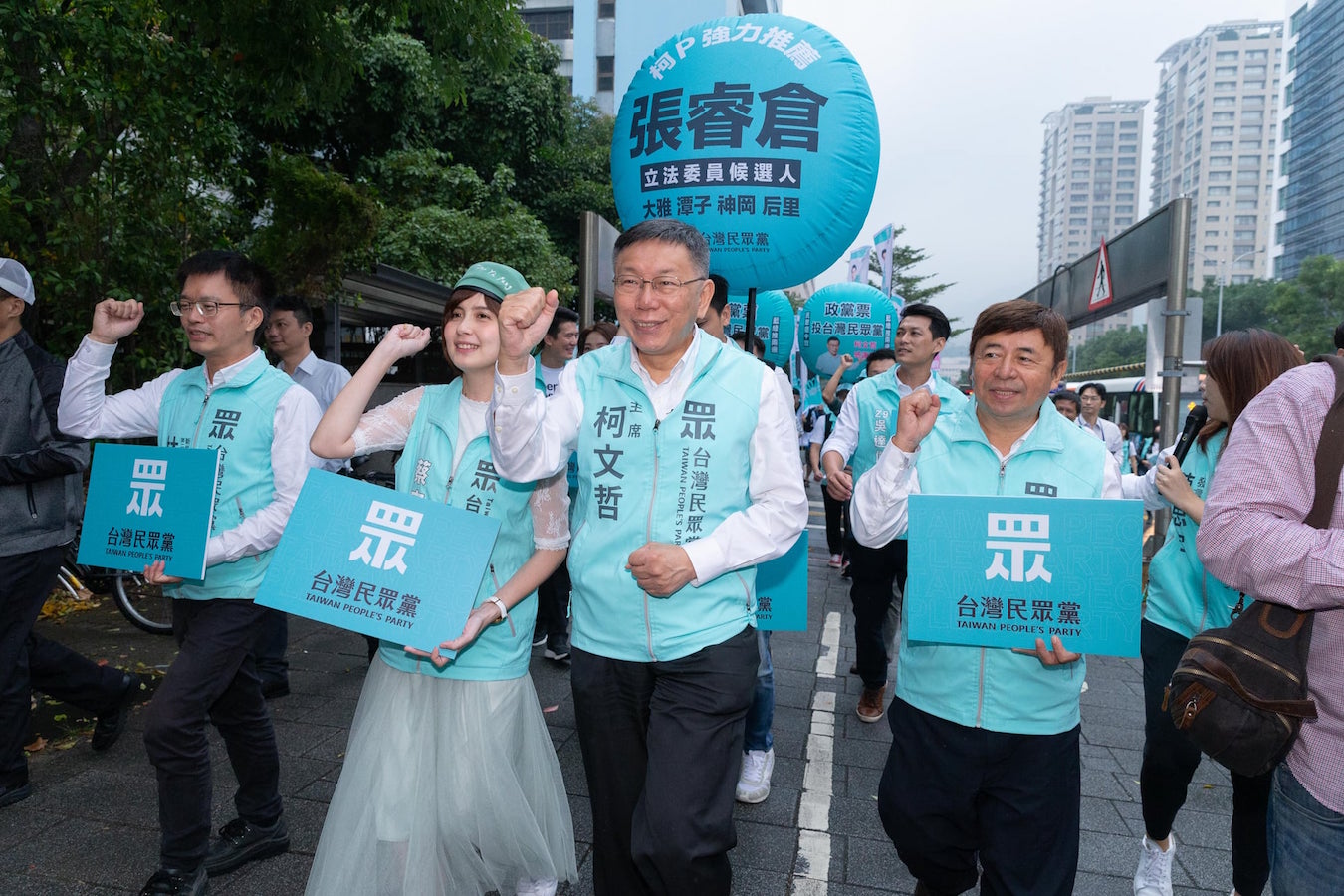 Mayor Ko should be aware that many of these people he is calling “liars” did not have a choice when they migrated abroad and later did not return to Taiwan after being put on a political blacklist. He seems to either care little or have forgotten that there was once a time when believing that the Taiwanese people deserve their own Taiwanese state could warrant imprisonment, torture, or even death.

Martial law was lifted in Taiwan 32 years ago in 1987. Mayor Ko, then 27 years old, should remember better than those of us living in the United States what life was like under an authoritarian state.

But even though he keeps talking about democracy and the participation of citizens in politics, I don’t remember ever seeing him personally stand up for these values.

I instead hear stories about activists like Fan Yun and how she fought for social justice from the Wild Lily Movement student occupation in 1990 onward, refusing to join even the DPP for years. I instead watched documentaries how about Lin Fei-fan and Chen Wei-ting led students to storm the Legislative Yuan against an undemocratically negotiated trade bill in 2014.

I read about stories of leaders like Chen Chu, who was once sentenced to death for acting on what she believed in. Though Mayor Ko has never risked his life standing up for democracy, he certainly feels qualified to toss misogynistic insults at those who had.

It’s ironic that Mayor Ko is now calling Taiwanese Americans liars today. Last I remember, he was still trying to gain their support when he visited Washington D.C. in March.

Unfortunately, or maybe ignorantly, he started off on the wrong foot when he forgot what “off the record” means, publicizing a closed-door talk with the Taiwanese American organization Formosan Association for Public Affairs (FAPA) despite agreeing to be discreet.

Later, when he presented at the Heritage Foundation, one of DC’s premier conservative think tanks, it didn’t seem like he made any preparation to appear in front of a crowd at all. 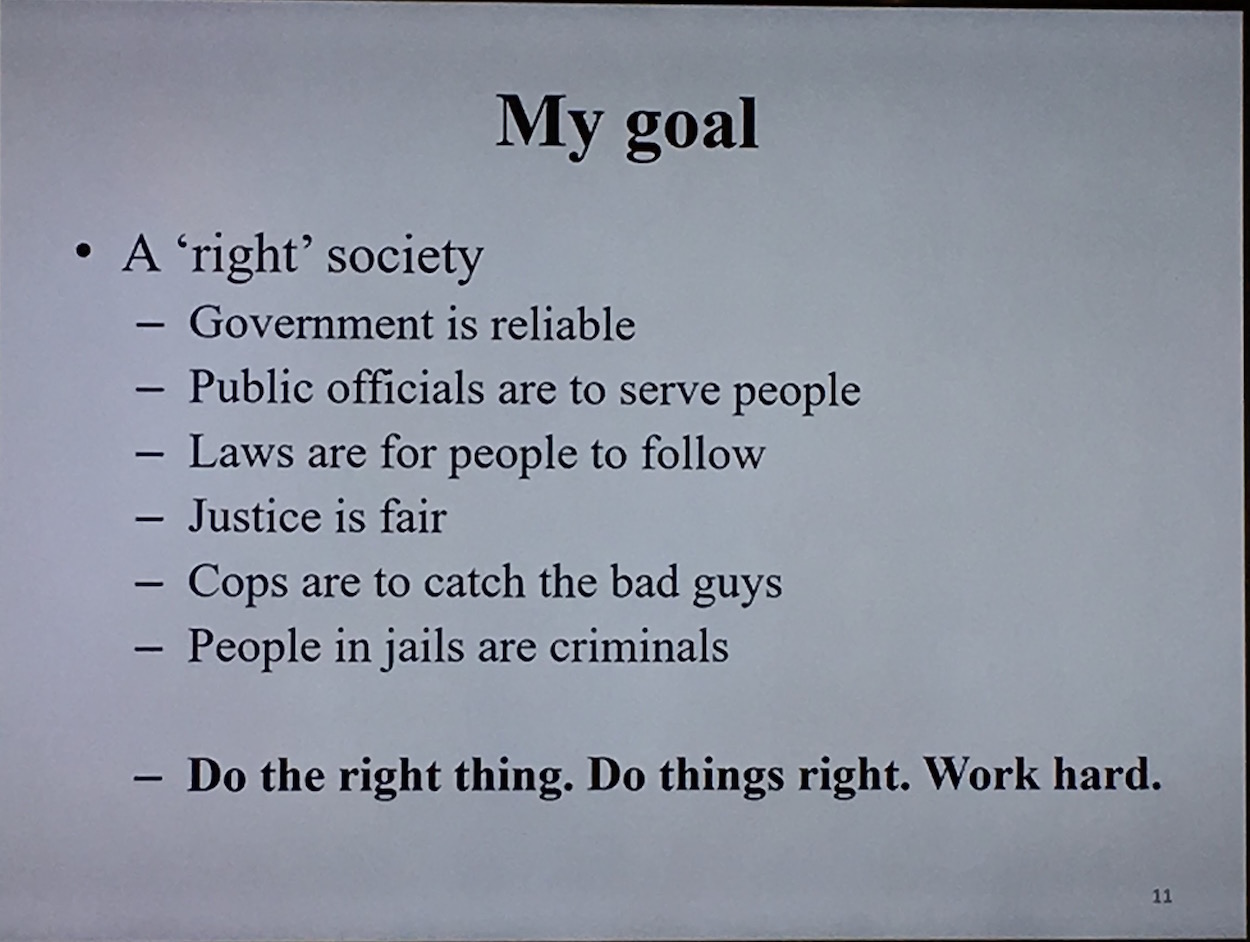 One of Mayor Ko’s March 20 Presentation Slide, apparently referencing the rap song he made in October. Photo credit Milo Hsieh.

“Do the right thing, do things right.” I was shocked by how little effort Mayor Ko chose to spent when many policy professionals in DC were expecting substantive vision from someone who hinted a presidential run. Juxtaposed with President Tsai’s well prepared video conference presentation at Heritage the following week, Mayor Ko’s presentation gave off an air of insincerity and lack of respect for his audience.

After his visit, it seemed clear that Mayor Ko would no longer be a friend to the Taiwanese Americans. His flip-flopping and drastic shift towards Beijing has made his political opportunism more and more obvious. That he no longer stands for what he once proclaimed as his principles raises questions to whether he had any to begin with.

Mayor Ko should recognize that the Taiwanese Americans did not go into “hiding,” but rather organized themselves across the United States and elsewhere. The very people he accuses of “hiding” later formed overseas organizations that continue to play an important role in Taiwanese politics, even today. At the same time, it is Mayor Ko and the people of Taiwan, not the Taiwanese Americans community, who directly benefits from provisions in the act.

Mayor Ko should see that the Taiwanese American community has been an integral part of Taiwan’s identity, and acknowledge their bravery for having fled authoritarian rule in Taiwan. They were the first people to pressure the authorities in Taiwan for change at a time when it was dangerous to do so.

Instead of attacking these early revolutionaries for political brownie points, Mayor Ko should respect and tolerate their desire to see the establishment of a Taiwanese state. He should take note that Taiwan’s democracy—which enabled his path to power—was only earned after so many “Taiwan lovers” and “independence activists” bled. 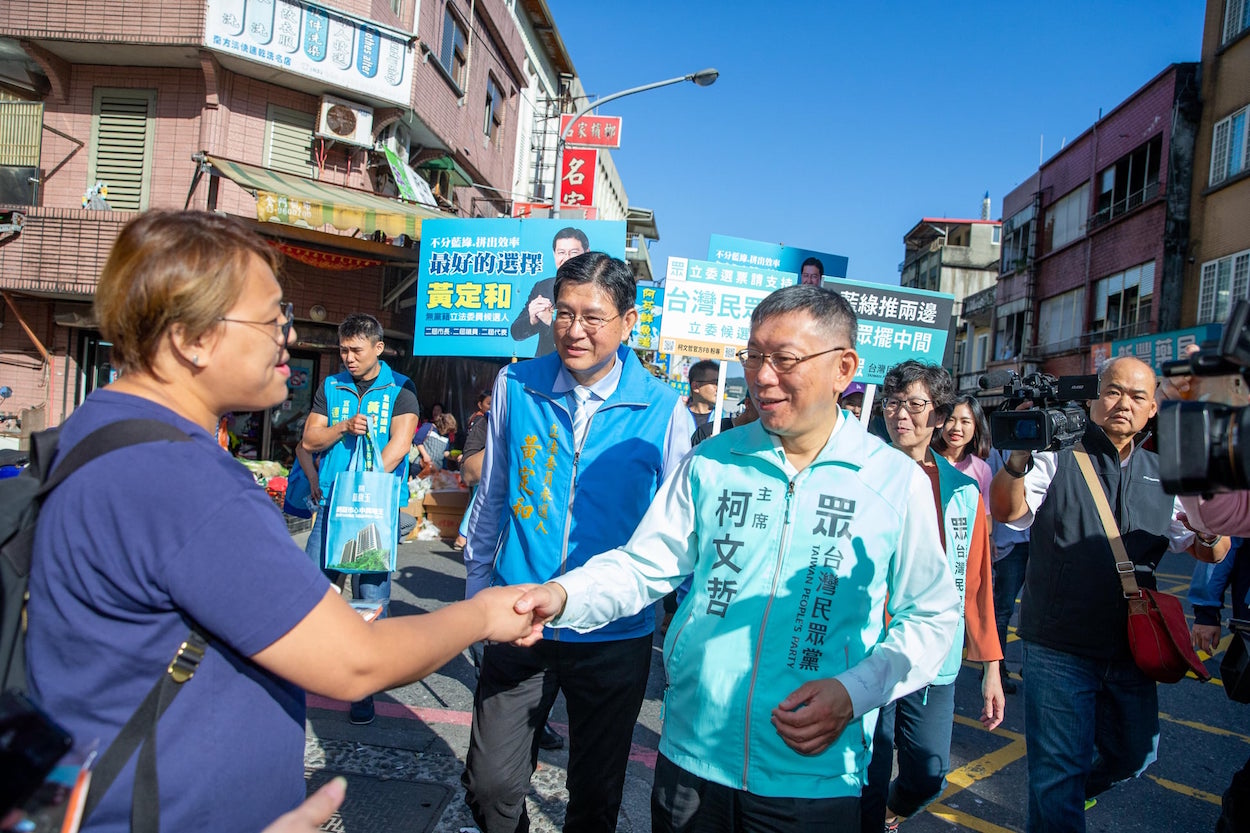 Mayor Ko should find many things in common with the Taiwanese Americans who had to hide themselves from authoritarian violence. Many of them lost relatives during events of the 228 Massacre, just like Mayor Ko. This year, they continue to shed tears at another year’s passing without justice, all while Mayor Ko uses the incident to garner more attention for himself.

Regardless of how Mayor Ko responds, I’m sure many flying back to Taipei to vote in January would take into account of his words.