Injustice and Violence: An Interview With the Guerrilla Boys

2019 saw a change in Thailand’s political sphere. After five years of military rule, Thailand was promised a return of democracy through an election in March 2019. However, junta leader Prayuth Chan-O-Cha continues to reign in the country as prime minister. Meanwhile, prominent military officers were seated in the upper house.

While some were sympathetic to Ja New, financially contributing to his family, a number of Salim right-wing radicals celebrated the attack on social media platforms.

In this context, I am very happy to be able to interview the artist group Guerrilla Boys whose left-wing art engages in “culture jamming.” They will share with the world of what has happened in the so-called Land of Smiles. Guerrilla Boys have displayed their art in several countries, including Taiwan and Thailand.

Patrick Huang:  Hi Guerrilla Boys, very nice to have you here. Straight to the point, because you have been working in several countries, including Thailand, could you talk a bit about the current violence in Thailand? 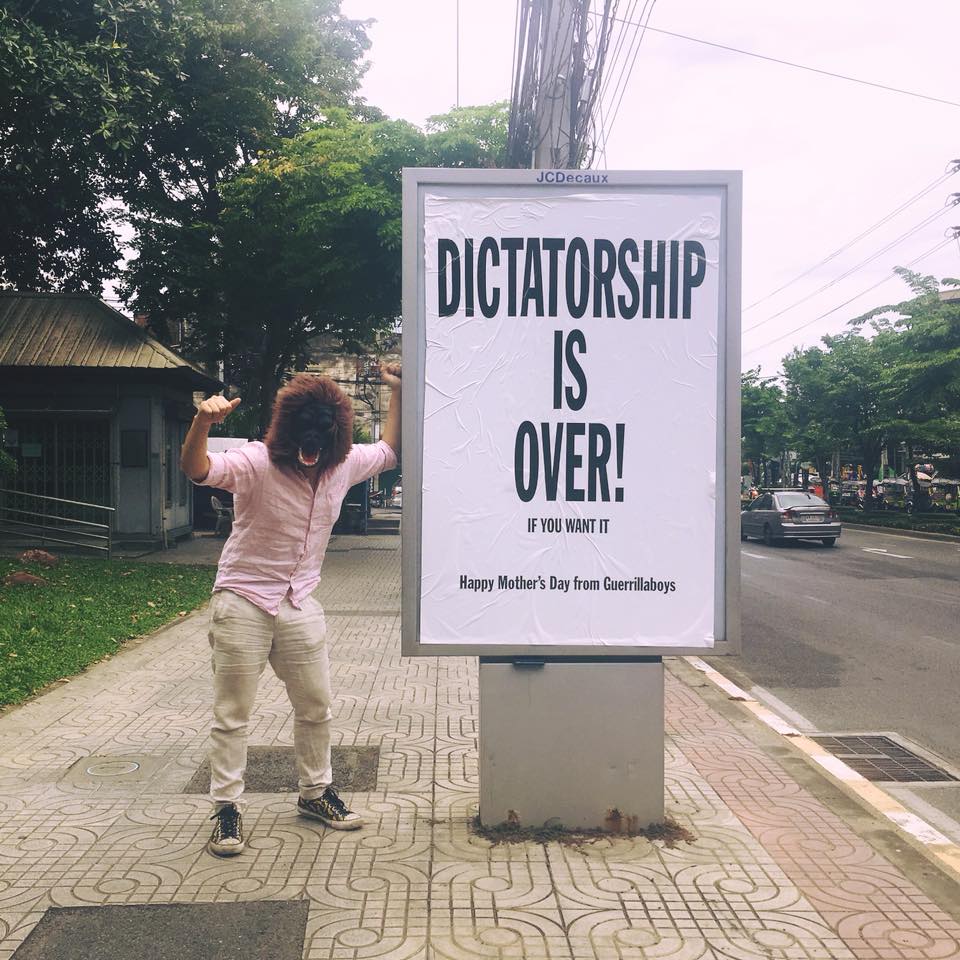 Guerrilla Boys:  The level of injustice Thais are facing is truly beyond words. The “dictatorship” won the election, and that they will have the authoritarian government again. The election was crooked. [Sighs]

Like vote-buying. Some districts even saw the number of used ballots exceeding the number of voters present. A newborn was also registered as a legitimate voter.

We are skeptical if the current members of parliament are really representing Thai people. Although “democratic”wing could garner the highest number of seats [compared with the “dictatorial” wing], they [the Prayuth-appointed government] also exploited 250 senators who were appointed by the then-junta to favor their votes. We can pretty much assume the prime minister is not going to provide fair rule. He is a product of dictatorial succession. And…they [the Prayuth-appointed government] also carried out violence to shut up challengers.

PH:  The recent attack on Ja New has made headlines for several days. Could you share your opinions regarding this case?

GB:  The attack on Ja New suggests violence has reached a critical level. The attacks on people in public space have happened many times and have been continuing. Even though CCTV could capture the motorbike which seemingly belonged to “state authorities, the culprits seem to have gotten off scot-free.

This problem is, in fact, shared among Asian countries. It is about the system of idolatry where people tend to exceedingly worship a single person or clan. In Thailand, the royal institution is untouchable. It’s pretty much the same for holdovers in Taiwan to still blindly revere Chiang Kai-shek as with those in Vietnam who do so with Ho Chi Minh.

We view the said problem in Thailand as rooted in Buddhism, which is a main pillar of Thai-ness. Thais and foreigners are not to mock at any representations of Buddha. When you get off the plane at Suvarnabhumi Airport, you will see some message which says the head of Buddha statue is not for decoration. In European countries where equality is celebrated, the Queen of England or the statue of Jesus can be made fun of.

The case of Ja New is much more serious than this because he was attacked by “state authorities.” The state authorities have been implicitly telling us that, “This country is not yours”. They treat Thais as ultimate slaves. We then started to campaign along with other young artists and academics, because we still believe that there is still hope. We’d like to see a flash mob here like that in the anti-extradition protest in Hong Kong. They put on masks and protested in the streets to express their dissatisfaction towards the government. We hope that the new generation can do crazy things like persuading, say, the entire banking industry, to have an all-out strike on Prayuth’s birthday. Unlike in Europe, such a strike has never seriously done in Thailand. Maybe Thailand doesn’t have strong labor unions.

PH:  Are you surprised that a number of Thai political holdovers laughed at Ja New’s fate? Why?

GB:  Our friends read those disgusting Facebook posted comments and found that many accounts were by state authorities. They were appointed by the military. The military also invested a lot in this information operation. Some fake news made Ja New a terrorist, rather than a victim of violence. Shutting our mouths with violence is unforgivable. Completely unforgivable! 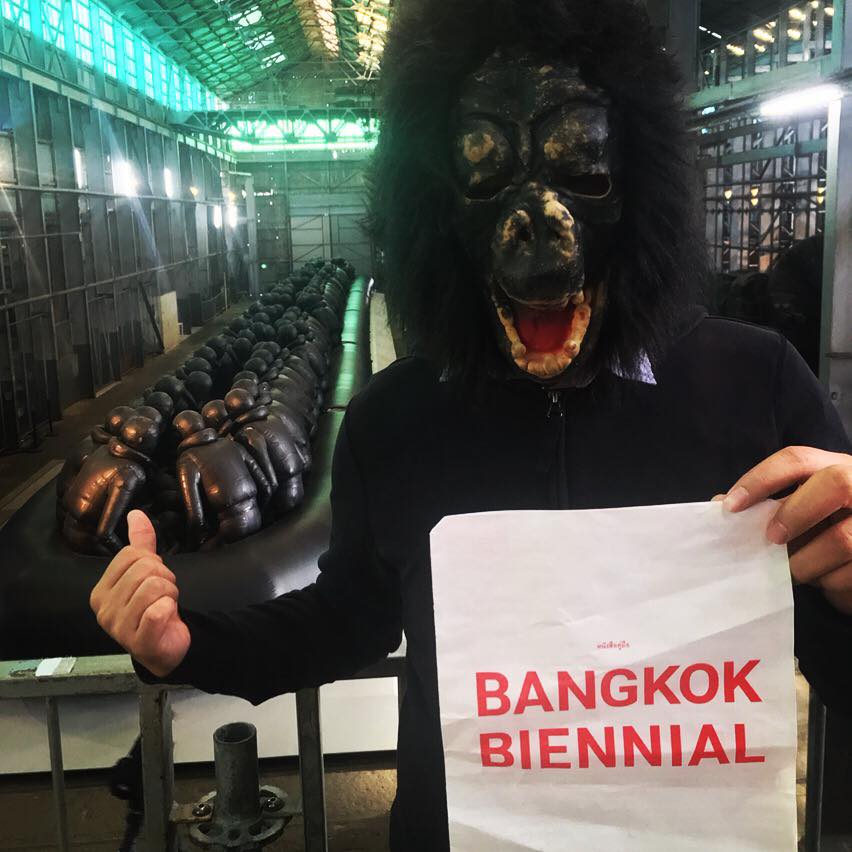 PH:  Technically, Thailand is back to “civilian” rule. In what ways can the civilian government help improve the issues of injustice and/or violence?

GB:  Civilian? What? Well, you’d better change the question to “Thailand has a failure of the parliamentary system. How should Thais improve?” It makes more sense. Now it is very obvious that we witnessed injustice toward Thanathorn (the leader of the Future Forward party) and Future Forward party members.

We should be aware that all the problem cannot be properly solved in this parliamentary system and under an “unfair” constitution. Thailand’s future depends on new generation, not the oldsters in the parliament and their playbook of 20-year national strategies. Yikes! they might die before they can see this. If you still let them govern, say, for another four years, the national budget will be plied on purchasing weapons which will later be used to kill you like in the Black May .

PH:  Well, now we turn to your work. Have you experienced any injustice and/or violence while executing your culture-jamming art?

GB:  When we displayed our art in Taiwan, we thought Chiang Kai-shek supporters would criticize us. Those old people couldn’t speak English. So we were quite lucky.

PH:  And to what degree do you yourselves have been the victim of injustice?

GB:  We encountered injustice while also working in Thailand. We simply hoped to place a propaganda sticker at overcrowded Siam Square Zone. The sticker read, “Dictatorship is over, if you want…Happy Mother’s Day from Guerrillaboys” Unfortunately, we were apprehended. Well, on the same day, we moved to do the same at a bus station around less-crowded Thonburi District.

We have just been moving to work in Asia. Now we hope to organize with like-minded challengers against the government for a protest like that in Hong Kong. We like to realize this dream. It’s very boring to have been waiting for heroes. Everyone can be a hero. Go!

GB:  It’s a tricky question. Basically, good art should not service a dictatorship. There should be no propaganda which cheats people. We expect artists to speak out against a society which is being constructed on the unfair rule. Artists should be the most defiant and dare to introduce creatively different things. We should not service a “corrupt” government and its fake culture. As known from the history, paintings by common people always show the different stories from those by gung-ho lackeys of the corrupt government.

PH:  The issues violence against pro-democracy activists take place not only  in Thailand but also around the world. Do you have any opinions on this?

GB:  In these recent years, we feel that if we artists do nothing, who else will do anything? We should not rely on others. We have also been studying the possibility of organizing protests from the Hong Kong protest model, which is quite influential currently. Now all the powers-that-be should bear in mind that violence cannot solve their problems. And people are not slaves to blindly expedite “your economy for your people”. The beauty of democracy is to equally respect the diversity, especially with regards to the freedom of expression. 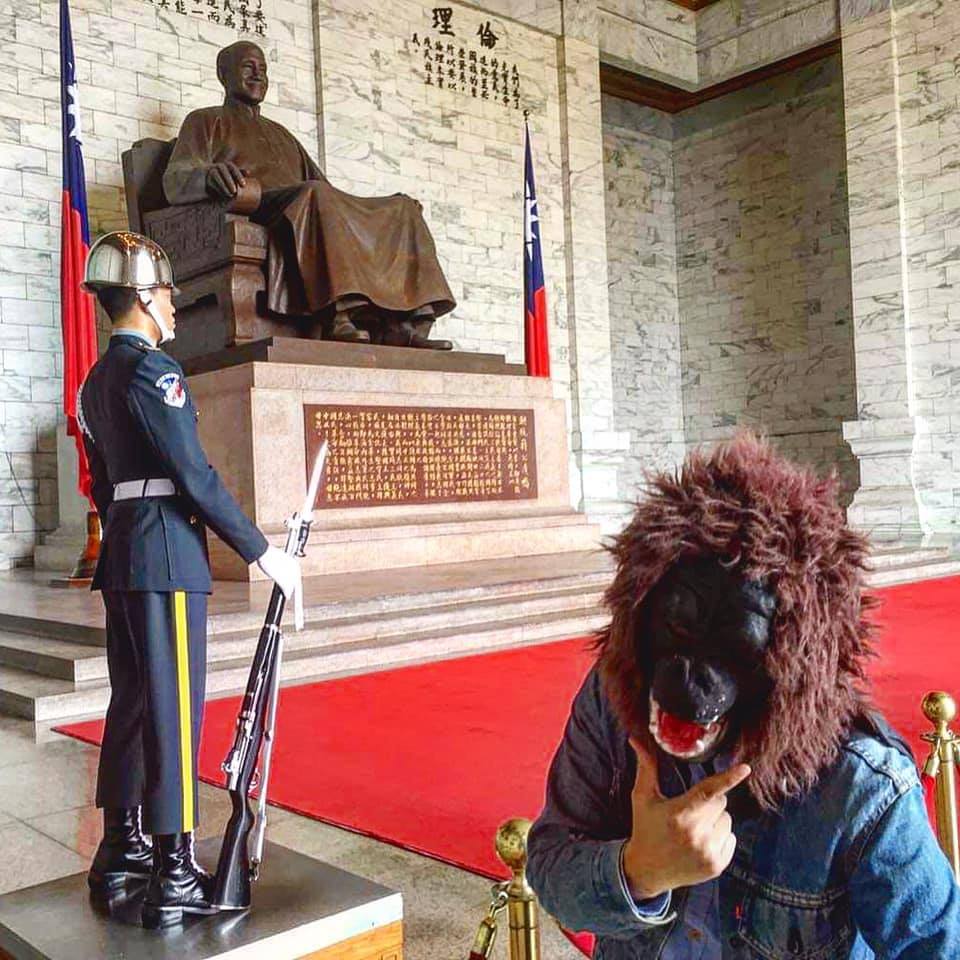 PH:  Last but not least, New Bloom’s audience is mainly Taiwanese. What would you like to say to them?

GB:  First off, we congratulate Taiwan on the success of legalizing  same-sex marriage, as the first country to achieve this in Asia. We expect to return to Taiwan and work with Taiwanese new generation. For instance, we together put on gorilla masks and protest against injustice and violence in Taiwan, in Thailand and perhaps around Asia. If you have any interesting projects, you are welcome to send messages via our Facebook. We are looking forward to cooperating with you. You rock! We rock!