Chinese and American Tech Workers Organize Against Overwork Through GitHub

A CAMPAIGN between Chinese tech workers and their American counterparts, as coordinated through an online campaign based on GitHub, has proved an unusual example of workers in the same industry organizing internationally. Many of the involved American tech workers work for Microsoft.

Chinese tech workers are demonstrating the grueling work conditions they face in many tech companies, in which they are called upon to work from 9 AM to 9 PM six days a week despite the fact that this should be illegal, and without overtime pay. As a result, Chinese tech workers may be working around 60 hours a week. This is known as the so-called “996 schedule.” 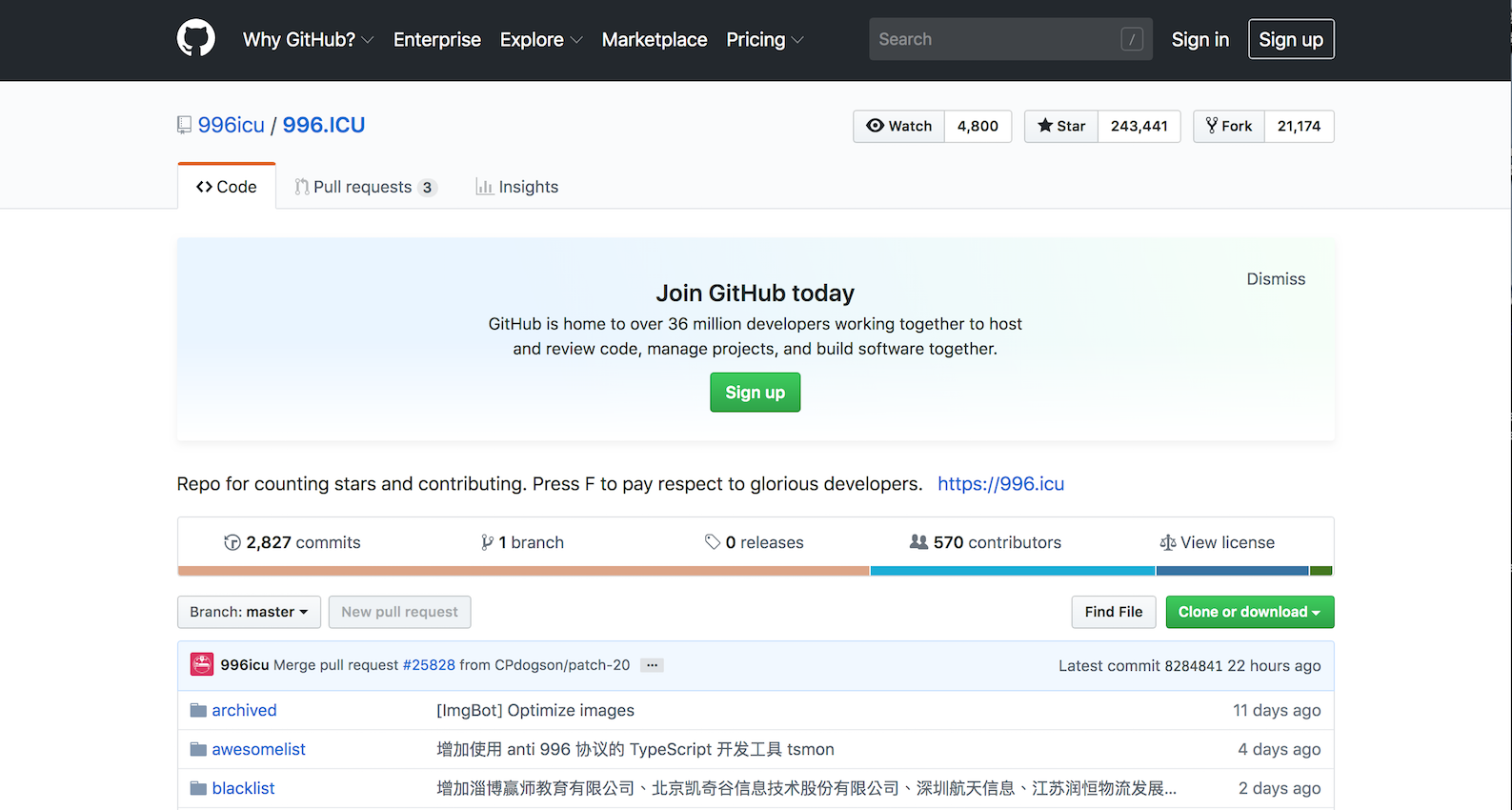 According to a timeline released by involved workers, the schedule may have begun in 2016 with companies such as 58.com, an advertisements company, instituting such work hours. The schedule subsequently spread to other companies, such as Youzan and JD.com.

But more broadly, as with other East Asian countries, a culture of informal, unpaid overwork has long existed in China, both within the tech industry and other industries. It is simply that open discussion of the “996 schedule” is a fairly recent phenomenon. For one, Jack Ma of Alibaba fame—China’s second richest man—has been among those to have actually endorsed the schedule as a key to success.

In order to demonstrate against such working conditions, Chinese tech workers started a GitHub repository entitled 996.ICU, a pun on the fact that workers on the 996 schedule may easily end up in the ICU riffing off of that “liu” or “6” in Chinese rhymes with “U”. The campaign quickly picked up steam in China, becoming one of the most widely starred repositories in GitHub history with over 240,000 stars, leading American tech workers to take notice.

In particular, American Microsoft workers have been among those most involved, signing a petition calling on tech workers and others everywhere to rally in support of Chinese workers, calling on their companies to adhere to legal regulations on working hours. Over 150 tech workers between China, America, and other locations have a signed a petition in support of the demands of Chinese tech workers. Workers have also organized resources for seeking legal assistance  and compiled a database of companies which offer healthier working hours.

As GitHub is owned by Microsoft, American Microsoft workers also call on their company to allow the 996.ICU repository to stay online. Namely, the campaign is to a large degree predicated on that GitHub remaining accessible in China. Nevertheless, in line with tech companies and websites facing calls to self-censor to enter the Chinese market, organizers anticipate that the repository may eventually be taken down, or that GitHub as a whole could become blocked in China. A website has also been set up for the campaign, with information about the campaign available in English, Chinese, French, German, Italian, Japanese, Spanish, and Russian.

Indeed, this has been an issue facing GitHub for some time, seeing as Chinese dissidents use GitHub to share files or as a means to obtain code needed to get around government censorship software. A DDoS attack on the site in 2015 seemed to originate from China and was thought to target anti-censorship tools present on the website. 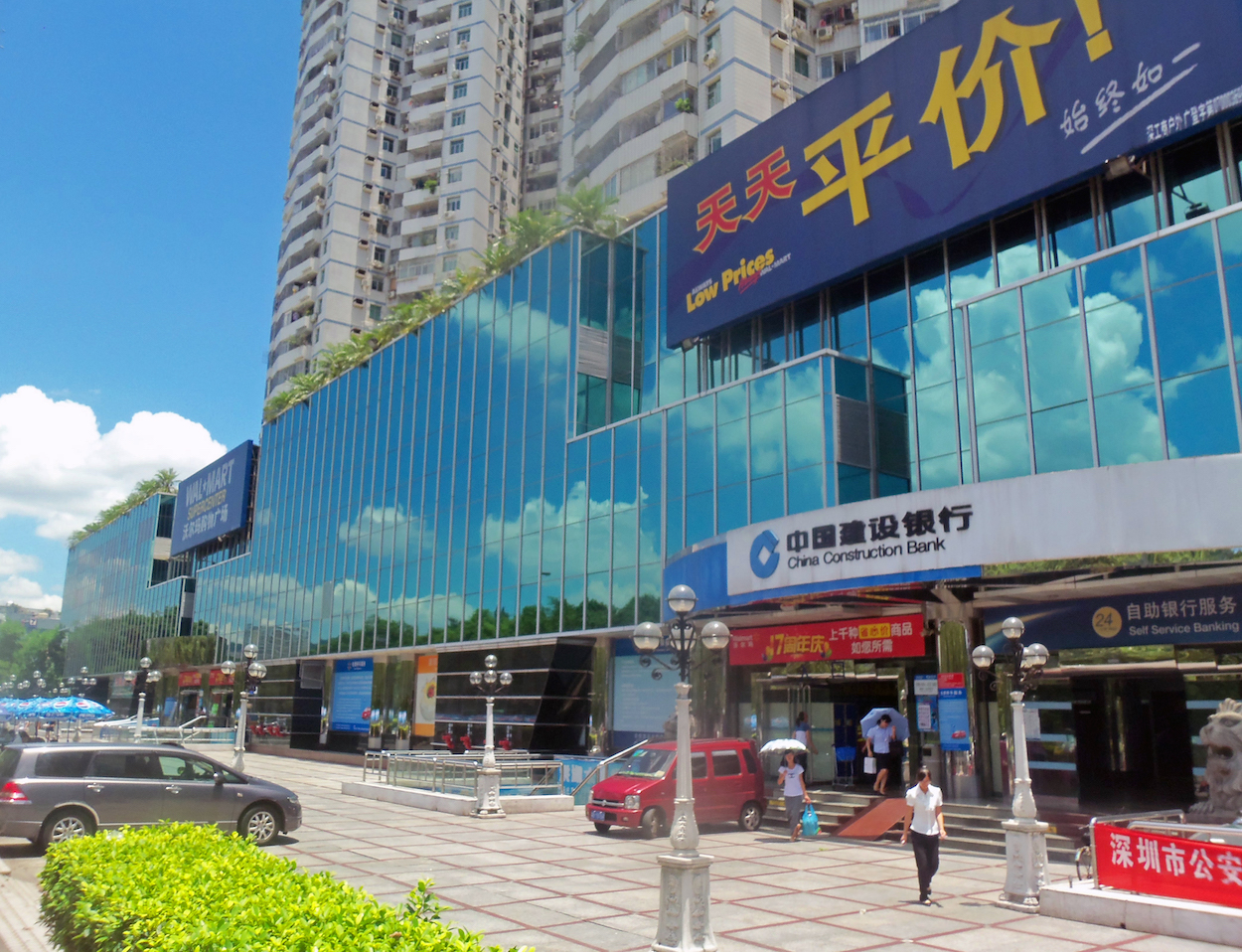 Either way, the campaign would be a rare example of a coordinated transnational campaign between Chinese and American workers, as made possible by the Internet. There seem to be few other examples in recent memory, apart from a solidarity campaign by American Wal-Mart workers with their Chinese counterparts in late 2016.

On the other hand, in the years since 2016, political repression China has only become more severe. As observed also in the Shenzhen Jasic struggle, which has received a great deal of international attention, foreign ties are increasingly used as a means of discrediting protests with the claim that they are instigated by outside forces. In this light, it remains to be seen what will happen with the 996.ICU campaign, both with regards to what actions Chinese authorities take and what actions Microsoft takes. Yet it is very possible that the campaign will set a new precedent for transnational organizing between American and Chinese workers, particularly online.