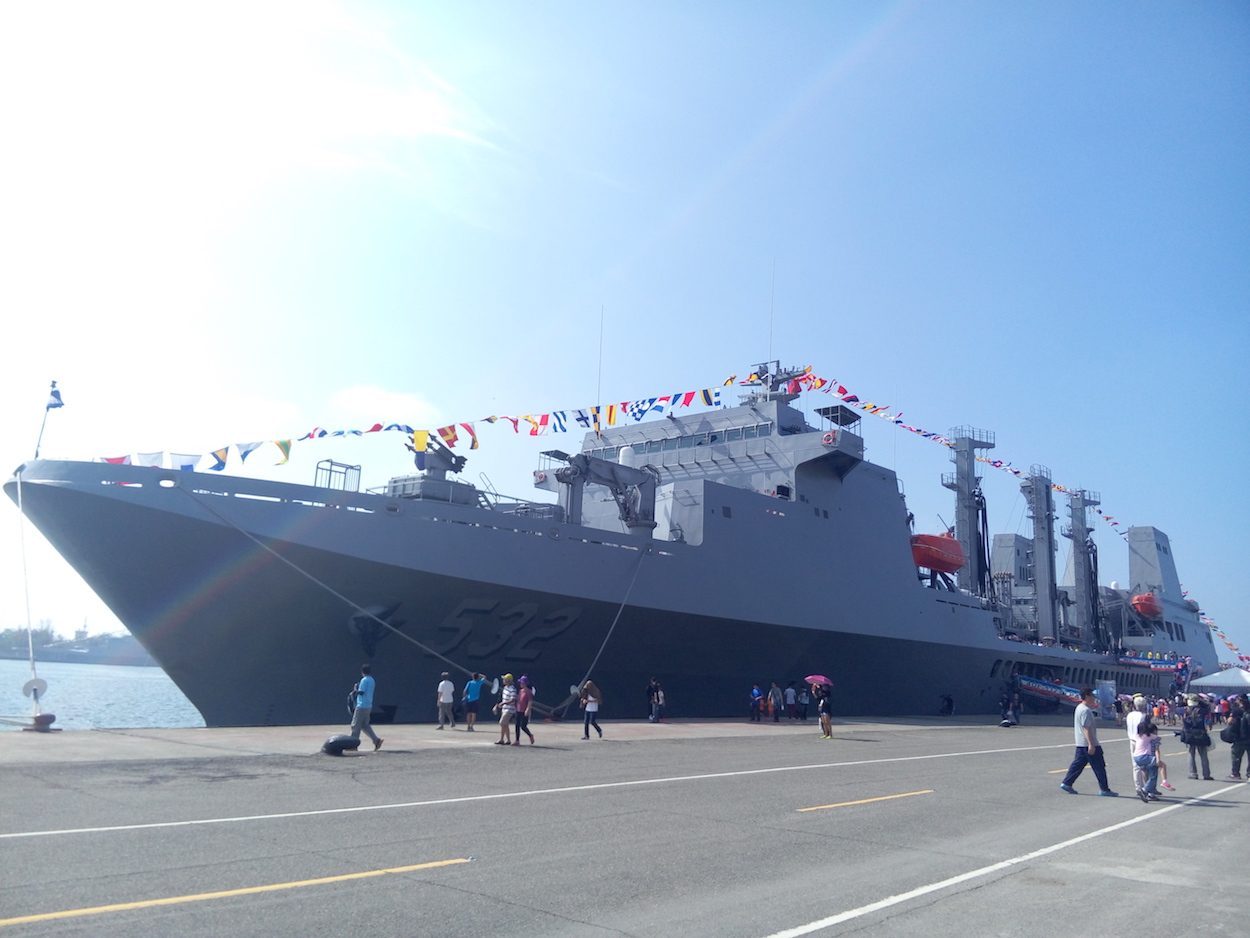 The Panshi, a naval supply ship, and one of the affected naval vessels. Photo credit: Eric850130/WikiCommons/CC

21 of the 22 new cases are sailors who were aboard naval vessels that recently traveled to Palau as part of a diplomatic mission. After three sailors from one of the three ships that traveled to Palau were confirmed positive for COVID-19 yesterday, sailors from the fleet as a whole were tested. 700 sailors from the fleet are now in quarantine, with warnings issued to those who have come in contact with them. Some sailors confirmed to have contracted COVID-19 were previously in Kaohsiung, leading disinfections to be carried out.

Palau, a small country with a population of 18,000 and one of Taiwan’s few remaining diplomatic allies, currently reports no COVID-19 cases, but this is likely to change in the coming days. Chief of General Staff Huang Shu-kuang, the head of Taiwan’s military, is among those in quarantine due to attending a ceremony for the returning fleet. President Tsai Ing-wen was present at a ceremony to welcome the sailors back, but the Presidential Office has stated that she only waved at the sailors from the shore and so did not come into contact with them.

As also observed with the spread of COVID-19 among cruise ships and American and French aircraft carriers, the COVID-19 coronavirus spreads quickly in confined quarters, such as maritime vessels. With Chinese military drills near Taiwan on the increase through the COVID-19 pandemic, there are concerns that the Chinese military will be encouraged in carrying out further aggressive activity by Taiwanese naval vessels being affected by COVID-19 and forced into quarantine.

The remaining new case, who was not a sailor aboard the fleet that traveled to Palau, was a Taiwanese student who was returning from America. It is presumed that he contracted COVID-19 while in America.

To date, Taiwan has only had six deaths due to COVID-19. 189 individuals that contracted COVID-19 have been released from quarantine.

The past two weeks saw a sudden decline in the number of reported COVID-19 cases. With Taiwan reporting its 100th COVID-19 case on March 18th, the next three weeks saw increases of around one hundred cases per week.

However, after Taiwan climbed past three hundred confirmed cases on March 30th, the next two weeks saw a slowdown in the number of new cases, with three days this week seeing zero new cases, and it taking twenty days for Taiwan to have more than confirmed four hundred cases. Though it was originally thought that increased travel due to the Tomb-Sweeping Holiday in the first week of April could lead to an increase in the number of confirmed COVID-19 cases in Taiwan, this did not take place. 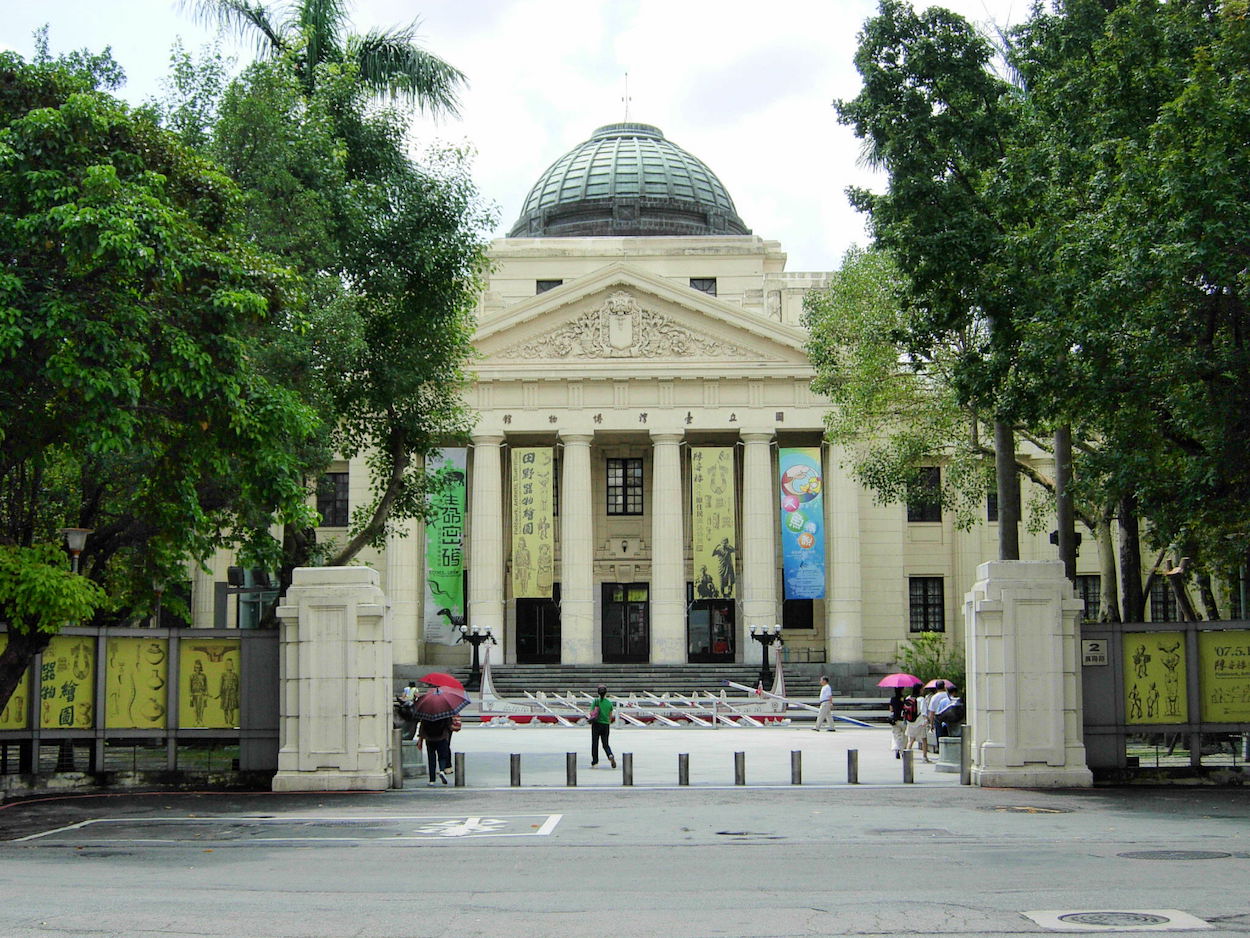 Social distancing measures continue to be carried out, with graduation ceremonies for universities canceled, or changes in how they are conducted, and the postponement of the Golden Melody Awards. Efforts to prevent the further spread of COVID-19 also continue. Apart from new vending machines rolled out in Taipei to allow for the 24/7 sale of medical masks, the delivery of medical masks on Sundays will soon come to an end. With spikes in COVID-19 cases in southeast Asia, the CECC will now require Taiwanese and foreigners living in Taiwan returning from southeast Asia to quarantine in designated hotels, rather than at home. Mandatory testing for individuals returning from some places is being considered by the government.

New measures to help the economy continue to be announced by the government. Last week, the government announced an additional two billion NTD for the agricultural sector, due to effects from COVID-19. The number of workers in Taiwan that were furloughed last week was more than 6,000, bringing the total number of furloughed workers in Taiwan as a result of the COVID-19 pandemic to close to 15,000. As announced by the Financial Supervisory Commission, loans will be made available for small businesses, and small and medium-sized enterprises are eligible for loan subsidies. English-language services have been set up to assist foreigners owners of small and medium-sized enterprises.

The travel industry is among the most affected, with a reduction in High-Speed Rail services due to lack of demand, and a reduction in the number of boarding gates open at Taoyuan International Airport. Taoyuan International Airport has recorded historic lows in arrivals through the COVID-19 pandemic, recording zero arrivals in Terminal One on April 14th, leading to suggestions that the airport may close one of its terminals. The Ministry of Transportation and Communications has announced subsidies to help highway bus companies that have seen decreases in the number of passengers using their services, while sightseeing buses in Taipei have dropped prices because of low demand. Museums have also been heavily affected.

In the meantime, efforts to raise Taiwan’s international profile and highlight its international marginalization continue to take place during the COVID-19 pandemic. Apart from that “mask diplomacy” continues from the Taiwanese government, with medical masks sent to Central America, Japan, and other places, a crowdfunded ad in the New York Times highlighted Taiwan’s contributions to global health despite its exclusion from the WHO. The crowdfunding campaign was organized by individuals involved in the crowdfunded “Democracy at 4 AM” ad during the Sunflower Movement, including Lin Zuyi of civic media outlet Watchout and designer Aaron Nieh, who designed the aesthetic for Tsai Ing-wen’s 2016 presidential campaign.

Cookie & I tuned into the Taiwan @CPBL’s Opening Day, from home of course, to cheer on our outstanding athletes. Tune in every Tuesday-Sunday with us! pic.twitter.com/5ehp26xfUi

Much international attention has also gone to that Taiwan’s baseball league is the only baseball league still holding games in the world. Taiwan also continues to hold basketball games. Social distancing measures still take place during these games, with limited attendees in stadiums besides essential staff and players. This, too, has been highlighted by government officials.