Will Han Kuo-yu Run for President?

SPECULATION REGARDING whether Kaohsiung mayor Han Kuo-yu could or would run for president as the KMT’s presidential candidate in 2020 elections has exploded out into the open in the last week few weeks. This has primarily taken place because polling by the Apple Daily showed Han winning 35.1% of the vote, leading both current president Tsai Ing-wen, who took 22% of the vote, and other KMT candidates. Han has been the darling of the media since nine-in-one elections last November, with frequent daily coverage of Han by all major media outlets.

Han has to date remained mum about any presidential ambitions. If Han was to seek the KMT’s presidential nomination, he would be throwing his hat into the ring of what is already a crowded competition, with current chair Wu Den-yih angling for the nomination, alongside 2016 presidential candidate Eric Chu, and Wang Jinpyng, the leader of the “Taiwanese faction” of the KMT. 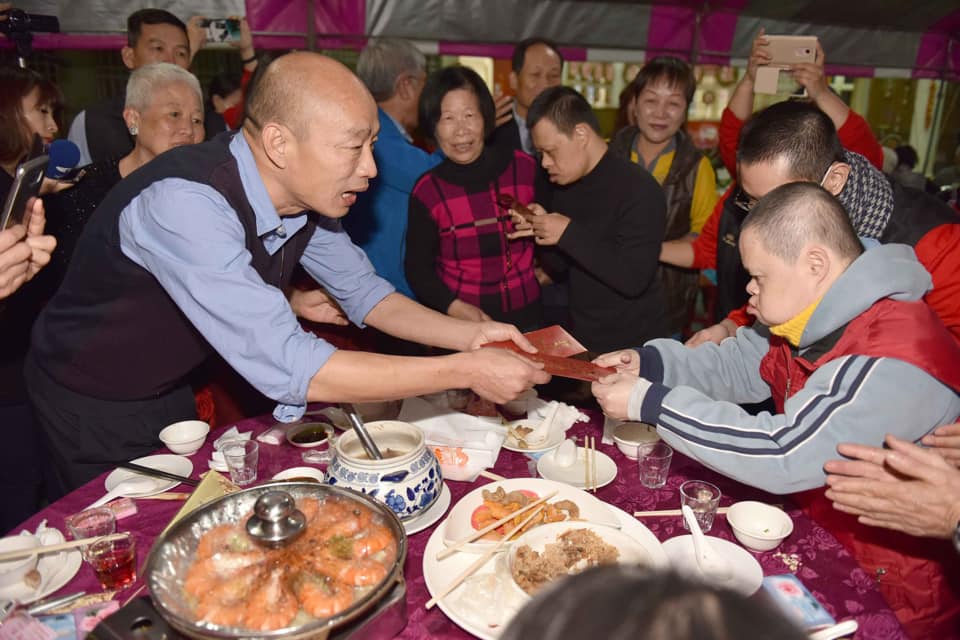 For the KMT, which has a highly hierarchical internal party culture, it would be a break from normal party precedent if Han were to run as presidential candidate. Han’s highest political position to date is as mayor of Kaohsiung and if Han were to become the KMT’s presidential candidate, he would be taking the position away from individuals senior to him in the party.

Likewise, one speculates as to whether the KMT would want Han to run. The KMT’s present leadership may realize that by any and all metrics, Han is not doing a good job as mayor of Kaohsiung. Even if this has not yet damaged Han’s popularity among his devoted supporters, the KMT may realize that eventually, the Han bubble will burst—and that may mean a loss for the KMT if Han is their presidential candidate. After all, media phenomenon such as Han sometimes are not lasting—particularly if, for example, some major scandal were to break out about Han down the line. That being said, it is also possible the KMT will prove opportunistic enough that they are willing to accept that risk if they are able to retake the presidency under Han.

In particular, if Han sought the nomination, Han would be stepping on the toes of Wang Jinpyng. Wang is the leader of the comparatively pro-localization “Taiwanese faction” of the KMT and a former majority speaker for the KMT in the Legislative Yuan, but an individual long accused within the KMT of secretly harboring pan-Green sympathies, Wang has been relatively quiet in recent years. However, Wang had a behind-the-scenes role in engineering the election victories of not only Han, but also Lu Shiow-yen in Taichung and Hou You-yi in New Taipei, leading to speculation that he was planning a presidential run—speculation which later proved correct. 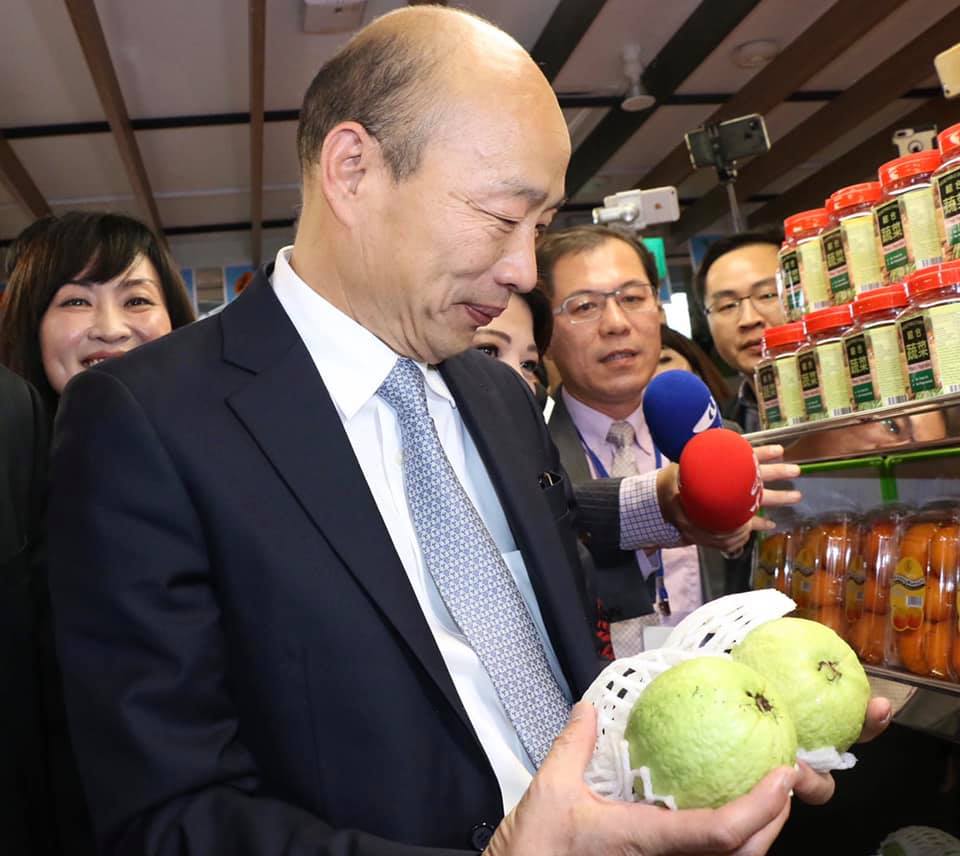 Unless Wang were to decide to step out of the way for Han, with the view that Han may still be subordinate to him as president, it is unknown whether Han would be willing to try and fight over the KMT presidential nomination with someone who has likely been somewhat of a political mentor or at least benefactor. At the same time, Han’s omnipresence in the Taiwanese media means that it is very possible that he could overshadow Wang at this juncture.

Otherwise, it is somewhat debatable as to whether Han would buck seniority within the KMT regarding Wang or others. In observing Han’s meteoric rise from comparative obscurity in the past half year, Han has to date rarely, if ever, broken from the party discipline. For example, it was suggested during Han’s mayoral run that he had become so popular in terms of media coverage that he could potentially run as a political independent if he wished to, but Han demurred from the idea.

That being said, Han’s personal ambitions have included running for KMT chair in the past, and so it is not impossible that he would be willing to attempt to supersede the current KMT hierarchy if he decides an opportune moment has come. Yet, to this extent, if Han were to be the KMT’s presidential candidate, this would require many high-ranking politicians within the KMT to swallow their pride to make way for Han, and it is a question as to whether that would occur within the KMT. 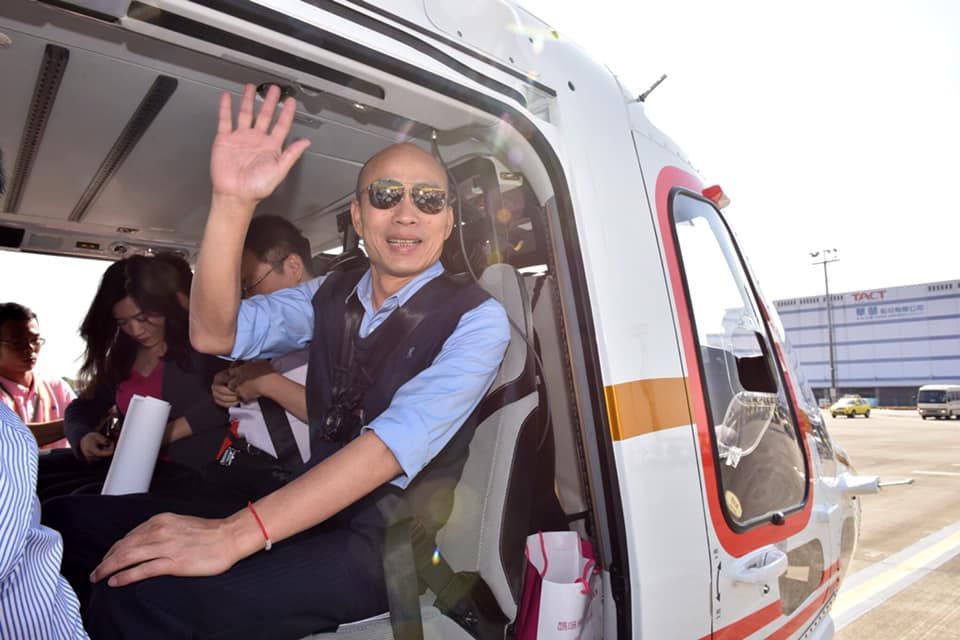 Indeed, even if Han does harbor presidential ambitions, he may realize that despite his coverage in the media, it would be very hard for him to win votes across Taiwan—or even for him to have won Kaohsiung—without the backing of a party apparatus with outposts across all of Taiwan. But either way, the possibility of a Han presidential campaign has been introduced into the media discourse about 2020 presidential elections now. Given the feverishness of media coverage of Han to date, this idea will likely continue to be popularly discussed and speculated about going forward in the coming months.