Scandal Breaks Out Regarding Transitional Justice Efforts And Hou You-Yi

Chang is alleged to have proposed manipulating public opinion against Hou You-yi, the KMT’s New Taipei City mayoral candidate, seeing as Hou was the police officer responsible for efforts to arrest Deng Nan-Jung, the publisher of Freedom Weekly, during the authoritarian period in the series of events that led to Deng’s self-immolation. Deng has subsequently been remembered as a martyr for free speech in Taiwan. The recording of such comments by Chang, which were made at a meeting of the Transitional Justice meeting, was reportedly leaked to Mirror Media by Wu Pei-jung, another member of the Transitional Justice Commission. 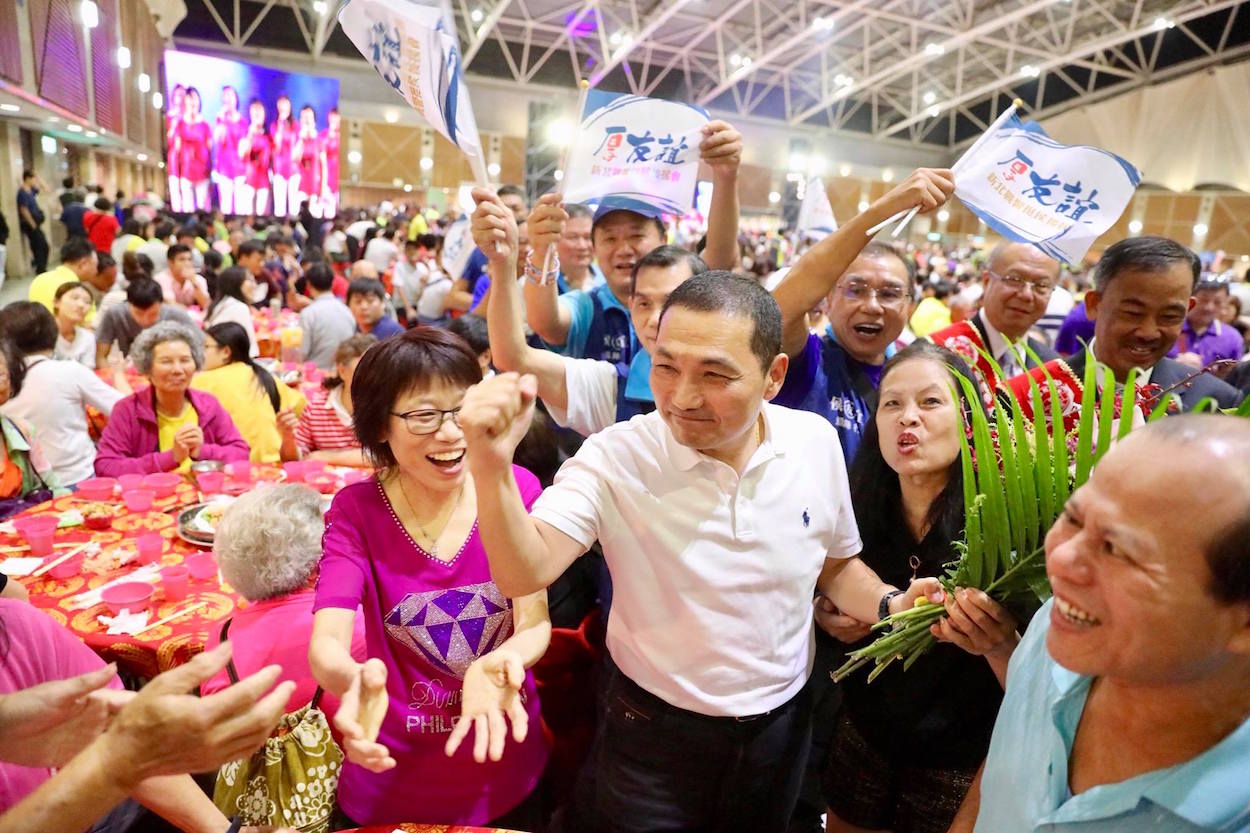 The KMT has long alleged that the Transitional Justice Commission is simply a tool of the DPP to politically persecute the KMT. At the same time, the KMT has continued its denial of past crimes, alleging that current efforts by the DPP to take the KMT to task for its actions during the authoritarian period and to address illegal party assets retained by the KMT from land and property seizures during the authoritarian period are worse than anything it committed, as a “Green Terror” surpassing the KMT’s past “White Terror.” Of course, if that were the case, one would be wondering where the tens of thousands of dead bodies since the Tsai administration took office. The KMT is currently calling on all members of the Transitional Justice Commission, not just Chang, to resign and also delivered a petition to the Executive Yuan expressing its displeasure, this involving a skit outside the Executive Yuan and attempts to storm the Executive Yuan by some members.

Chang’s actions do indeed cross a line if they did suggest the manipulation of public opinion. Likewise, if such a proposal was aimed at politically benefitting the DPP, one observes a strong element of political hypocrisy. Despite Hou’s past actions, the DPP unsuccessfully sought to recruit Hou for years before Hou joined the KMT.

Nevertheless, the controversy also obliquely points to the fact that it will be very hard for transitional justice efforts to take actions against individuals who may have committed crimes during the authoritarian period but still remain free, or may even still be active, high-profile figures in political life. If the Transitional Justice Commission were to take actions against such individuals, it will inevitably be accused of political persecution. And it is, in fact, due time that Hou You-yi’s past actions during the authoritarian period came up as a political issue for his mayoral candidacy in New Taipei City.

Namely, Taiwanese society safeguards its democratic freedoms highly and is critical of both major political parties as having the potential to overstep their bounds—even in the case of the DPP, which emerged directly from the democracy movement. Indeed, because of deep-rooted suspicion of authoritarianism, it sometimes also proves difficult to take action against Chinese spying efforts, as observed in initial reactions to the Wang Ping-Chung scandal. 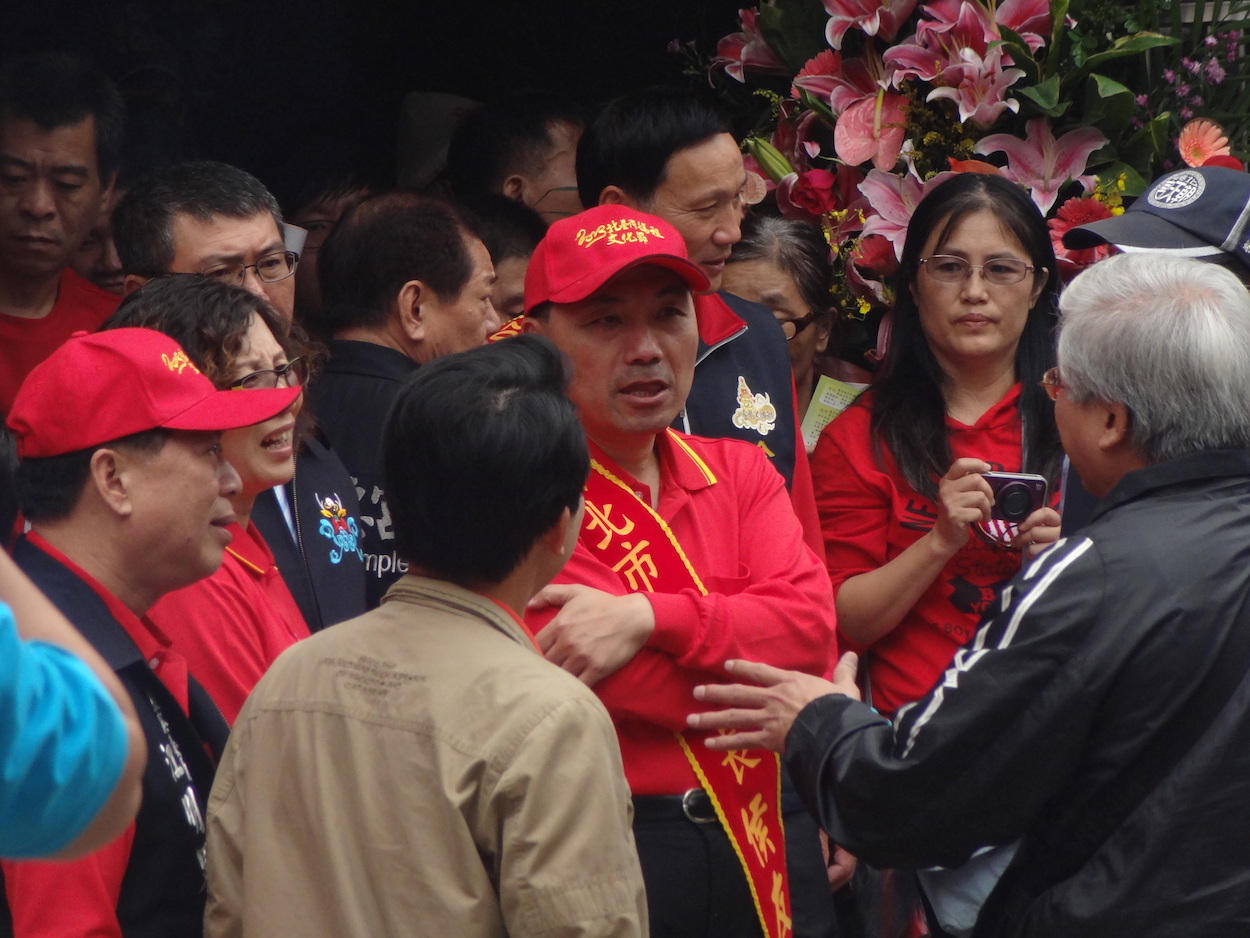 Overall, questioning attitudes are a healthy social attitude for a democracy, particularly one that is only recently out of its authoritarian period. Yet this also makes it highly likely that because action was not taken against criminals from the authoritarian period during Taiwan’s democratic transition and the KMT was allowed to continue to exist as a political party, there is little way to take action against them now. And so, while Chang’s actions may have been inappropriate, this also points to an issue facing efforts to pursue transitional justice in Taiwan regarding Hou and other figures from the authoritarian period that are still active in politics.

Only with time will it become clear how much the scandal will affect transitional justice efforts in Taiwan. In the past two years, the investigation into illegal KMT party assets and Transitional Justice Commission have seen periods of high activity and stalled activity due to scandals that broke out in the course of both probes. Either way, the DPP will have to act fast to distance itself from Chang while defending the overall legitimacy of the Transitional Justice Commission. In the meantime, the scandal will continue to be used as political ammunition by the KMT.