ANGER HAS broken out from Taiwanese activists over the detention and questioning of sporting reform association Fair Game! TAIWAN! vice chairman Zhang Youxuan (張祐銓) by police on what seems to have been at behest of the Chinese Taipei Volleyball Association. Zhang was detained for over seven hours on charges of illegally eavesdropping on a closed door meeting on Monday held between officials of the Chinese Taipei Volleyball Association (CTVA), the governing body for volleyball in Taiwan, and the Sports Administration of the Ministry of Education.

The reason why this meeting took place was because of irregularities in member registration by the CTVA. As with other sporting bodies accused of attempting to block sporting reform efforts to clear up longstanding corruption within Taiwanese sporting associations using fake members, the CTVA is accused of registering a large number of fake members in order to block potential votes that would lead to an ouster of the current leadership, seeing as there has been a large influx of applications to join the CTVA that have registrations but no payment stubs for membership fees. 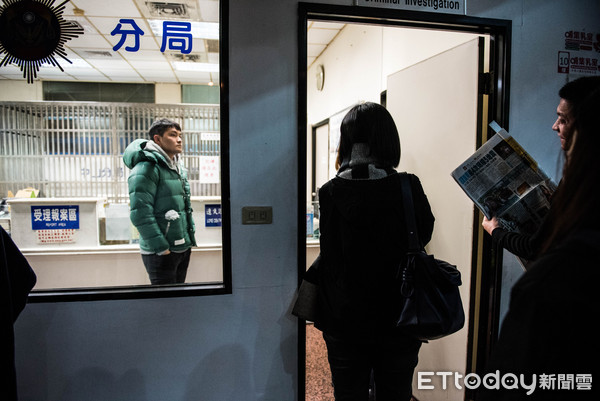 Sporting associations in Taiwan that govern various sports are accused of lacking transparency and being controlled by a small set of influential individuals, who typically use their position to benefit friends and relatives, or even to extort athletes. Oftentimes, these are individuals with ties to the KMT and the former party-state. As a result, the CVTA is only one of a number of controversial sporting bodies which have come under fire from Taiwanese athletes and members of civil society in recent years.

Members of the media and members of Fair Game! TAIWAN! (體育改革聯會), the key organization of young athletes calling for reform of Taiwan’s governing bodies for sports, gathered outside where this meeting was taking place in order to try and ask questions of relevant sporting officials. However, during the tussling which took place between media and sporting officials when Sports Administration assistant director Wang Shui-wen (王水文) stepped out of the meeting to take questions from media, with individuals clamoring to try and ask Wang questions, Zhang Youxuan’s phone was knocked out of his hands, landing in the floor of the hallway where media had gathered around Wang in the CTVA building.

Zhang had been recording the interview with Wang at the time on his phone, as media journalists were also doing. After his phone was knocked out of his hands, it was picked up by a security guard. 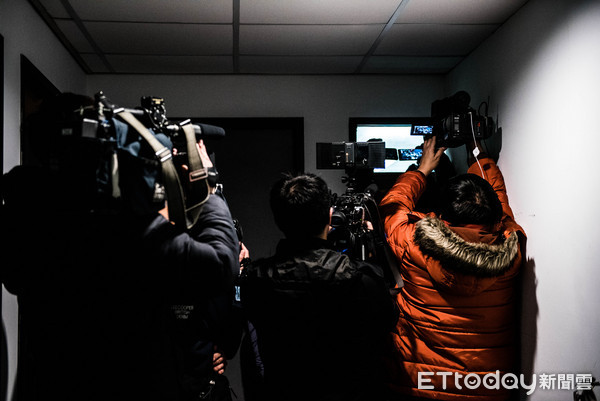 Subsequently, the CTVA has attempted to take action against media, by claiming that this interview was eavesdropping on a closed door meeting. It is illegal to eavesdrop on or record private meetings according to ROC law. As Zhang’s phone fell inside the CTVA building while still recording, this has been also dubbed as eavesdropping.

As a result, Zhang was detained for over seven hours on Tuesday night, with police questioning him until 1 AM. Notably, this questioning involved Zhang being sent between the Zhongshan Police Precinct and Taipei District Prosecutor’s Office, and this questioning continued despite the 6.4-magnitude earthquake that struck Hualien and also affected Taipei during this time. Zhang was handcuffed during this interview process. In particular, Zhang has never faced any criminal charges before. The Taipei District Prosecutor is scheduled to hear the case in the future.

Anger over police actions have led to questions regarding whether police violated civil rights in this case. This would be far from the only case in recent times in which what appear to be arbitrary detentions and questioning by police has led to anger from activists.

However, what has also provoked outrage is this may also be a case of the CTVA attempting to strike back at critics of sporting bodies that are seen as corrupt, and call for their reform. This includes many young athletes. The passing over of college competitive swimmer Mitzi Ting for competition in the 2017 Taipei Summer Universiade has also been seen as a similar form of retribution. 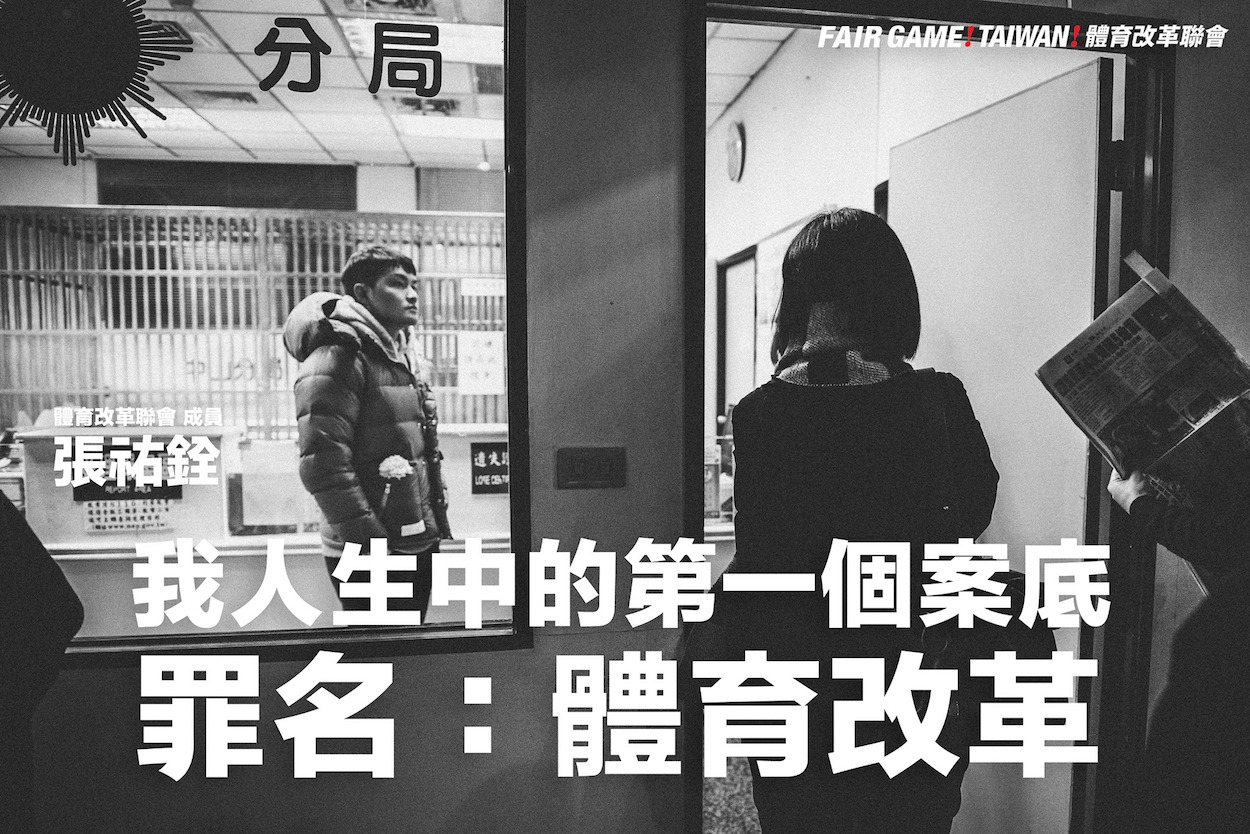 Sporting bodies would be taking this to another level entirely, if this now includes attempting to arrest critics on spurious legal charges. If police find themselves acting as enforcers for these organizations, which not only are government-sponsored institutions, but have longstanding ties to the KMT, this does certainly raise questions of injustice and points to how far sporting bodies may be willing to go to cover up their corruption if this means persecuting young athletes.

Yet while outrage has been widespread from civil society activists and Taiwanese youth activists who frequently find themselves in conflict with the KMT more generally, it remains to be seen whether there will broader social outrage regarding police actions. So far, the incident has been little reported on. It is to be seen if outrage will spread.