CONTROVERSY OVER sporting associations in Taiwan continues, with accusations in the past month that sporting associations have taken steps to try and block pushes for reform from Taiwanese activists and members of civil society. This has been through raising the costs for joining sporting associations at the last minute from 1,500 NT to 2,500 NT and a sudden influx of thousands of applications shortly before the deadline, possibly up to 110,000 applications materializing in the week before the deadline out of a total of 170,000 applications. Of these applications, many are thought to be fake, due to individuals receiving text messages about increased membership fees when they did not apply, suggesting theft of identity.

In particular, Taiwanese sporting associations have long been accused of being host to nepotism, corruption, and fraud, even when athletes represent Taiwan on the international stage and are an object of national pride. Sporting associations that govern various sports are accused of lacking transparency and being controlled by a small set of influential individuals, who typically use their position to benefit friends and relatives, or even to extort athletes. 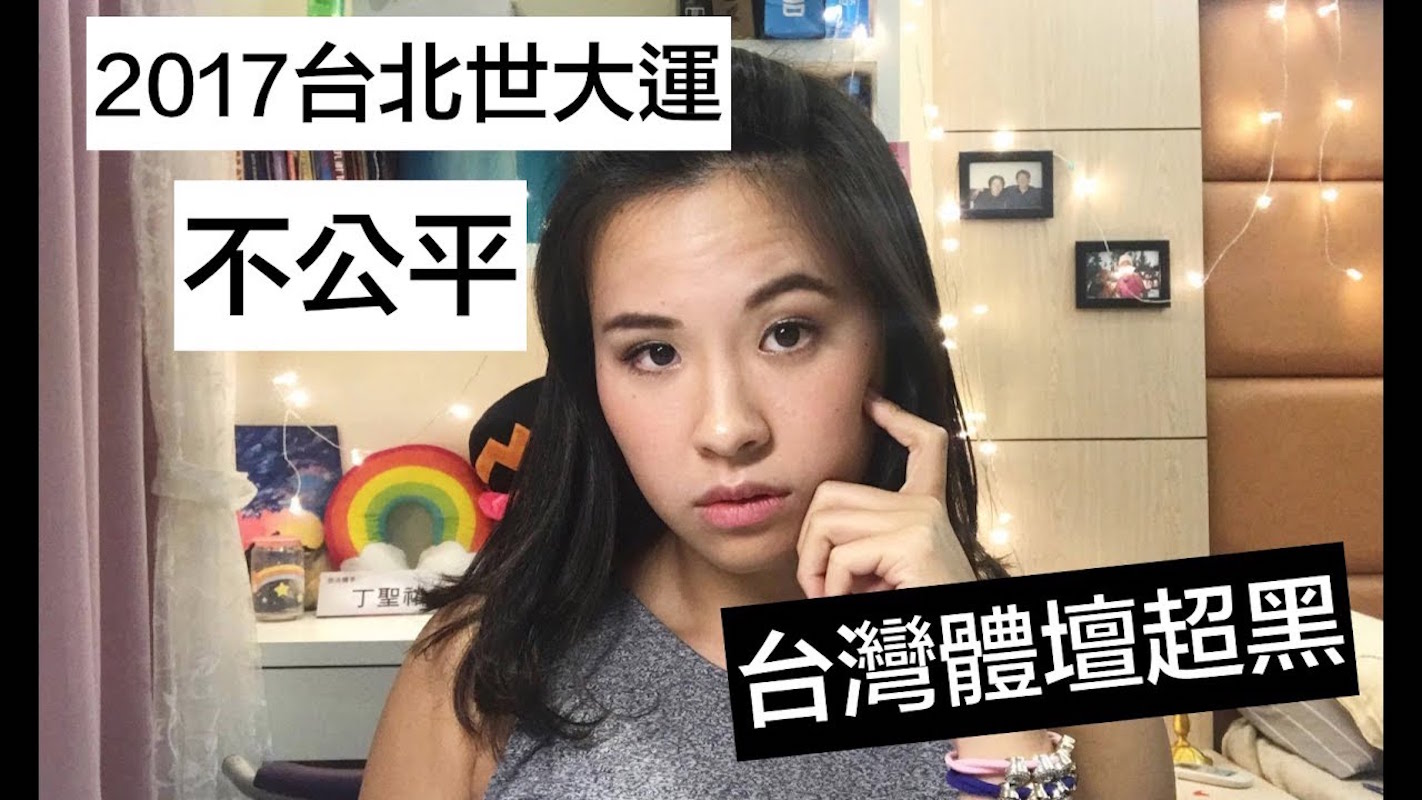 Mitzi Ting in the video posted to YouTube in which she discussed irregularities in choosing competitive swimmers for international competitions. Photo credit: Mitzi Ting/Youtube

As a result, controversy broke out shortly before the Taipei Summer Universiade earlier this year, which many describe as equivalent to the Olympics for high school athletes, and which is probably the highest profile international sporting events which has taken place in Taiwan in recent years. Mitzi Ting (丁聖祐), a college senior at the National Taiwan University School of Business Administration and a top-ranking competitive swimmer, alleged irregularities over the choice of competitive swimmers to represent Taiwan, given that the athletes chosen had family ties to judges or influential sporting figures, and that she and other top-ranked athletes were passed over. Ting suggested that this was possibly because of their past activism to call for greater transparency in Taiwanese sporting bodies regarding the process by which athletes are chosen to represent Taiwan.

Such accusations, however, have been longstanding. Top Taiwanese athletes as badminton champion Tai Tzu-ying, the No. 1 world ranked badminton player in Women’s Singles, and Hsieh Su-Wei, at one point the no. 23 in the WTA Tour singles rankings and the highest ranked female Taiwanese tennis player in history, have alleged punishment in the past through being forced to wear uncomfortable attire from corporate sponsors or being blocked from some events. As a result, Hsieh last year vowed to never again play tennis for the Taiwan national team, citing bullying which has gone on for decades.

Oftentimes sporting bodies are seen as having ties to KMT officials, who were appointed during the authoritarian period, have remained in power ever since, and continue to have the power to decide who represents Taiwan in international sporting events. As with the broader pattern of political corruption on the part of KMT officials, KMT officials are accused of using their position to reward those close to them, as in awarding contracts to companies that they have ties to, or to solicit bribes.

With the scandal that followed from Ting’s accusations, which were posted in an online video on YouTube, and demonstrations by sporting reform groups as Fair Game! Taiwan!, the National Sports Act was pushed through and billed as a legal measure which would correct these longstanding issues. However, while the National Sports Act took measures to prevent “dynastic” succession of officials in sporting bodies, athletes continue to allege that the National Sports Act still allows for nepotism because existing sporting officials continue to have a large say over athletes chosen to represent Taiwan in international competitions and individuals with long-standing reputations for corruption remain in power. 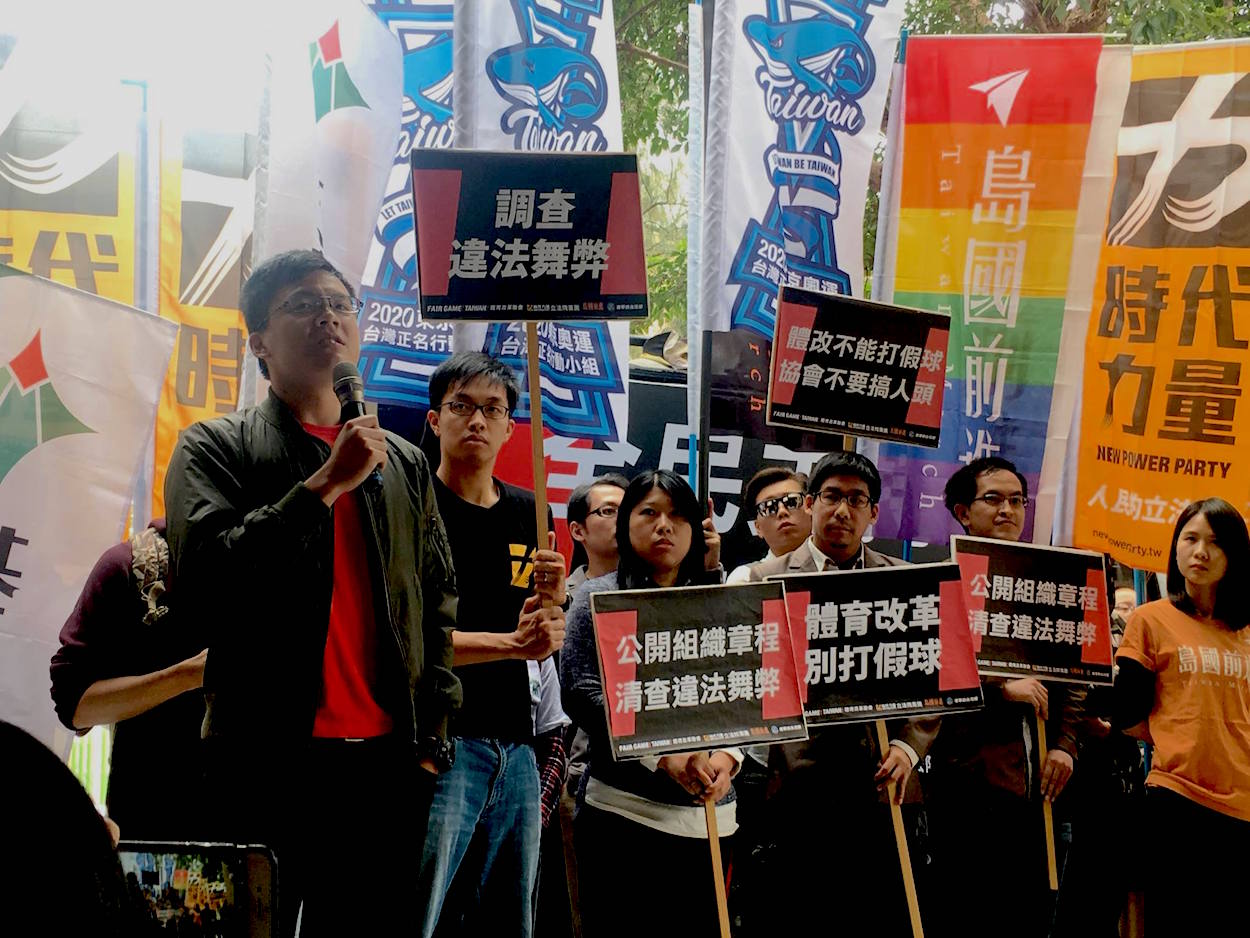 Indeed, this seems to be the case. With an influx of fake members in sporting associations, this seems to be a tactic straight out of the KMT’s playbook, given the actions of the party in the past to influence electoral voting through vote buying, or even how the KMT’s own internal elections for chair were conducted, with a sudden influx of new members that materialized at the last minute and were likely paid off to join the party and vote for one candidate versus another.

In the meantime, Taiwanese athletes, as primarily fronted by Fair Game! Taiwan! continue to call for reform. Third Force politicians such as Huang Kuo-Chang of the New Power Party and Miao Poya of the Social Democratic Party have taken a proactive role in raising awareness of the issue, given that this is another arena in which corruption by members of the pan-Blue camp is longstanding, and because Taiwanese athletes calling for reform are primarily young people that have a great deal of links to contemporary youth activism. But it remains to be seen what will lead to reform which is genuine and lasting, rather than superficial attempts to brush away the issue.