“MOTHERLAND”, DIRECTED by Ramona S. Diaz, would be an examination of the lives of pregnant women at Dr. Jose Fabella Memorial Hospital, the so-called “baby factory” of the Philippines. In this sense, the film is a look at the overpopulation crisis of the Philippines at the very human level of the conditions faced by the pregnant women living in conditions of poverty who give birth at the Fabella Memorial Hospital.

Indeed, as seen very quickly in the film, conditions at Fabella Memorial Hospital are appalling, with more than one mother forced to share the same bed due to overcrowding. Because public hospitals in the Philippines often lack incubators, mothers of infants born prematurely are instead directed to keep in continual skin contact with their children through what is referred to as “kangaroo mother care”, carrying their babies at all times except when going to the bathroom or showering. 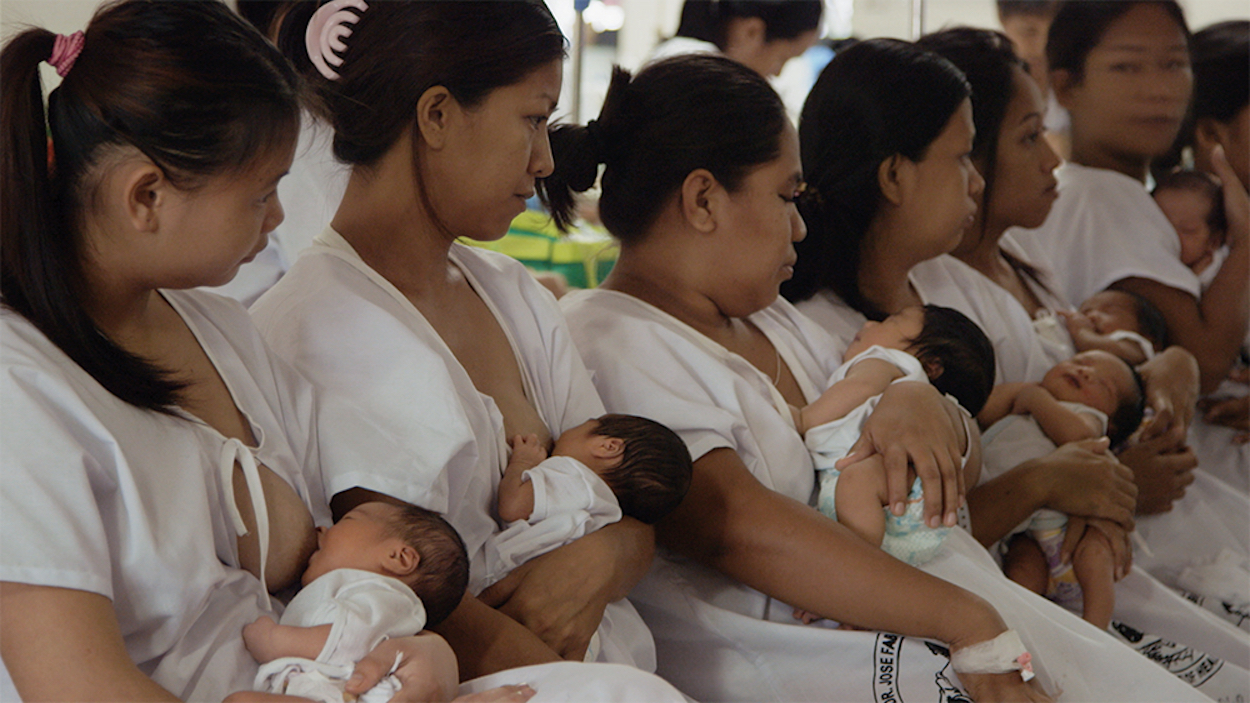 The film focuses in particular on a group of mothers with premature infants during the duration of their stay at Fabella Memorial Hospital. It transpires that the majority of them are poor, unable to pay their medical bills, and may have five or six children despite being in their mid-twenties. One mother shown in the film is as young as seventeen. Although these mothers have come to Fabella Memorial Hospital because it is cheaper, mothers are still unable to afford the medication and cost of health care, and sometimes actually cannot leave the hospital because they cannot pay the bills. Mothers are sometimes isolated in the hospital because their loved ones cannot afford the transportation to Fabella Memorial Hospital. In other cases, mothers have to leave against the recommendation of the doctor because they have other children waiting at home who need to be taken care of.

Cultural attitudes in the Philippines would be factor as to why mothers in their mid-twenties or younger already have more children than they could care of, with hospital staff attempting to convince mothers to get IUDs or get ligations, and young mothers sometimes citing the opposition of their own mothers as a reason why they are reluctant to practice family planning or use birth control. Nevertheless, hospital staff are shown to be sometimes unsympathetic to young mothers and sometimes do not explain the medical procedures adequately; one mother in the film is shown to not have been told that ligation is permanent. Likewise, hospital staff come off as highly conservative in their own attitudes through announcements made in the maternity ward urging young mothers to maintain their appearances in order to prevent their husbands from cheating on them, chastising them for not listening to doctors or being unable to pay their medical bills, or otherwise giving contradictory information to what other hospital staff, such as social workers, say. 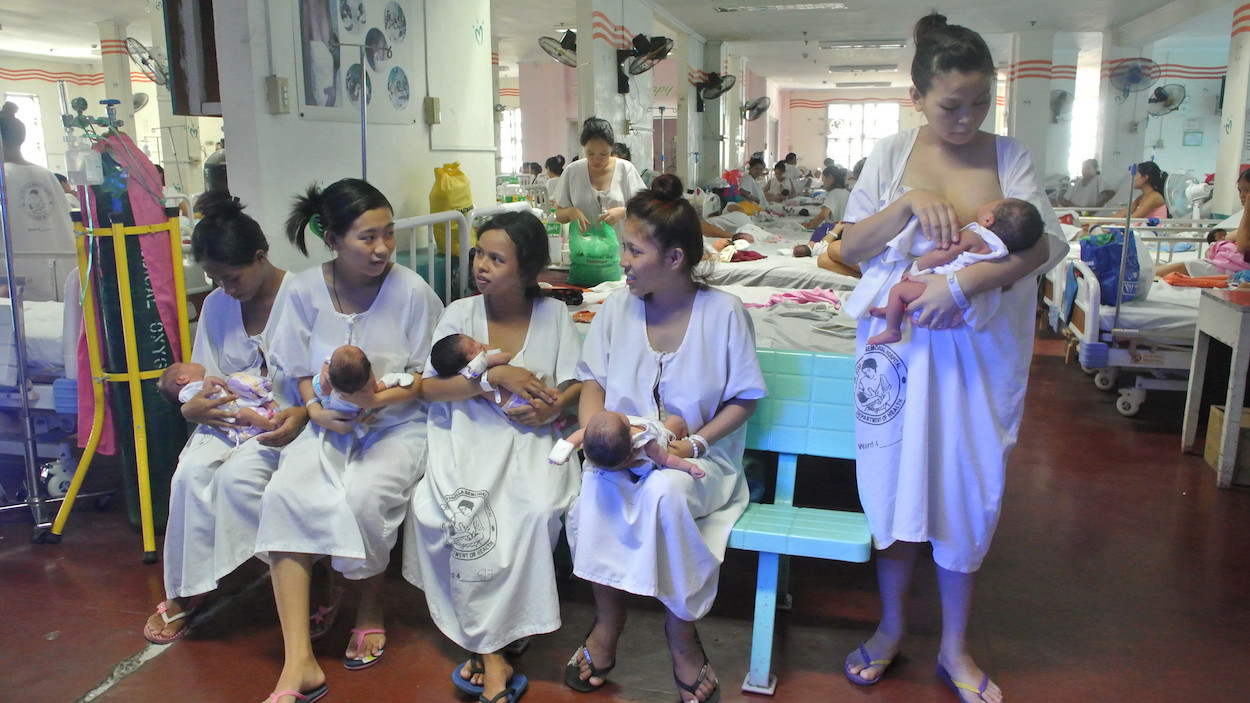 As such, the film is highly effective as an expose because, for the most part, it does not attempt to force any political message or social commentary onto the viewer, rather allowing viewers to make their own judgements. Nor does the film attempt to establish any narrative arc or to suggest that it holds any answers for social ills facing the Philippines, but rather aims to naturalistically depict the everyday lives of mothers at Fabella Memorial Hospital.

The most that the film “editorializes” its content is at the film’s conclusion, when the birth of the 100 millionth Filipino child at Fabella Memorial Hospital is shown, an object of absurd media spectacle, framing the film with regards to broader issues of overpopulation the Philippines . Indeed, given the conditions at Fabella Memorial Hospital, it would be easy to read the film as depicting fundamentally absurdist subject matter, but the fact that the film takes a low-key approach to what it depicts makes it all the more effective, aided by the highly able composition of the film in terms of editing, composition, and sound.

“Motherland”, then, is a film which lingers in the memory after viewing, as a poignant look into a contemporary social issue as well as a film with substantial aesthetic worth in its own right.