“Path of Destiny” is showing on Monday, October 10th at the 2017 Taiwan Ethnographic Film Festival.

YANG CHUN-KAI’S “Path of Destiny” (不得不上路) would be a deft evocation of the challenges facing preservation of indigenous tradition in Taiwan. Namely, even in those rare cases in which young people actively aim to participate in traditions which may soon be lost, the trend may be irreversible. And given inescapable social tensions between modernity and tradition, adherence to tradition demands great personal sacrifice.

The main focus of “Path of Destiny” is Panay Mulu, the youngest member of a group of Sikawasay mediums who carry out ceremonies throughout the year to heal sickness and call upon the gods. The other members of this group are elderly, the much younger Panay having originally joined the group as part of scholarly research into Sikawasay tradition, and subsequently stayed with the group for over twenty years. Seeing as the group of Sikawasay the film focuses upon has already lost many of its members to age over the course of the twenty years Panay has been with the group, it is suggested in the film that Panay may ultimately be the last of this group of Sikawasay. 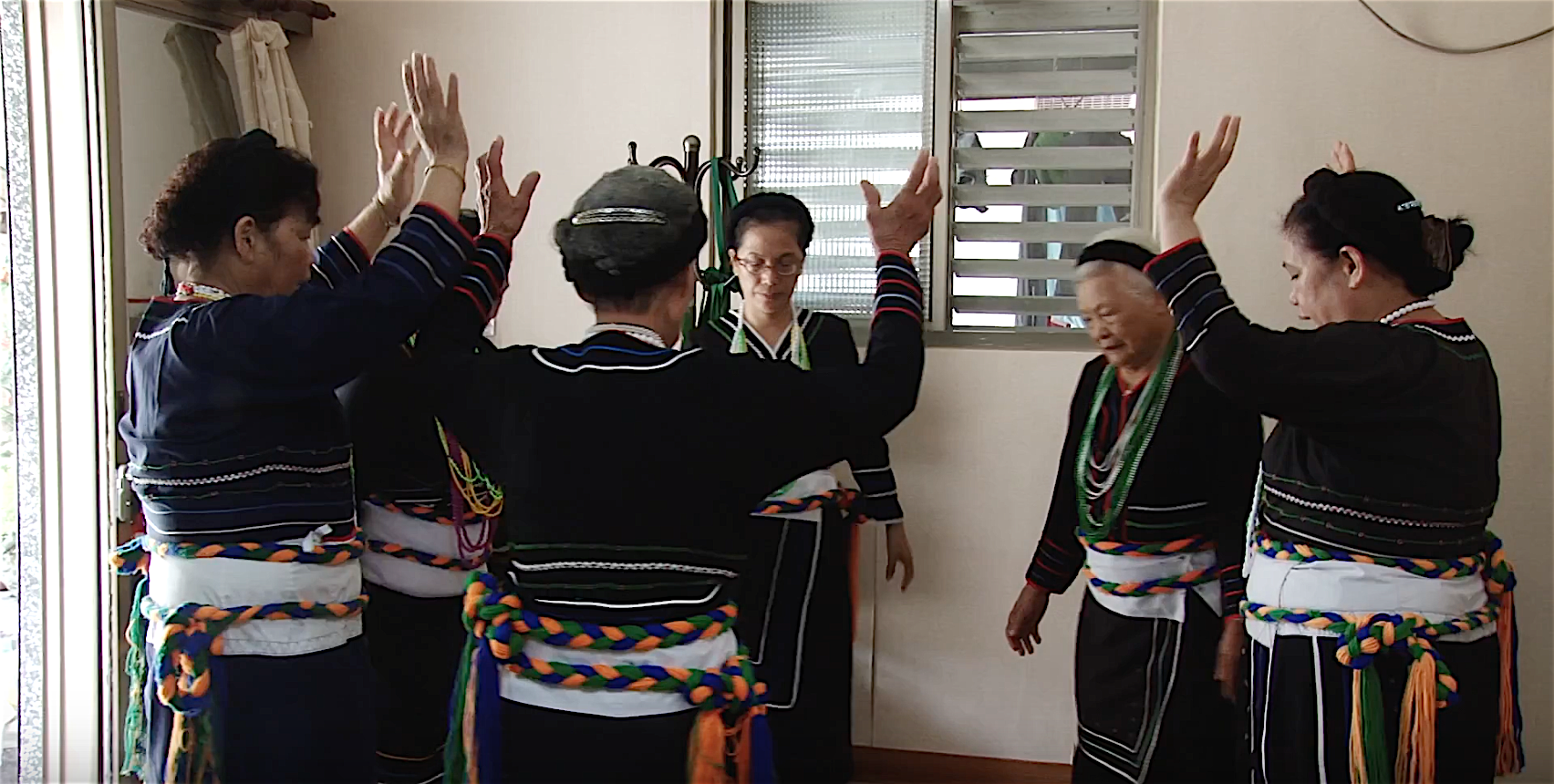 Film still from “Path of Destiny”

The challenges of preserving tradition, then, are many. It is not merely lack of interest from young people which leads to difficulties in carrying on Sikawasay traditions. Namely, the religious rites of the Sikawasay are highly demanding, requiring fasting, avoidance of certain foods and avoiding contact with members of the opposite sex during certain parts of the year. As Panay points out, it is very difficult to preserve such traditions in contemporary society, seeing as Sikawasay rites require Panay to spend significant time away from work and few outsiders understand such traditions. Accordingly, although Panay has gone out of her way to document Sikawasay song and religious rites, it seems that there are few who take interest in such matters to as in-depth a manner as Panay, who whose original interest in preserving Sikawasay tradition has required a great deal of self-sacrifice.

Panay herself has to balance her teaching duties along with her responsibilities. And although Sikawasay were a quintessential part of traditional Amis religious practices, carrying out rites yearly, and performing ceremonies to heal the sick, Sikawasay rites are stigmatized by Amis who have converted to Christianity, referring to practitioners of Sikawasay rites as “witches.” Panay herself occupies a precarious position with members of her Christian family, who fear that Panay may suffer damnation through adherence to a non-Christian religious practices deemed to be witchcraft. Indeed, this would be a common phenomenon among indigenous young people that become interested in their cultural heritage, seeing as they may face being ostracized from parents who have converted to Christianity, as well as that indigenous who converted to Christianity have in some cases gone out of their way to destroy traces of indigenous tradition and religious practices as idolatry. 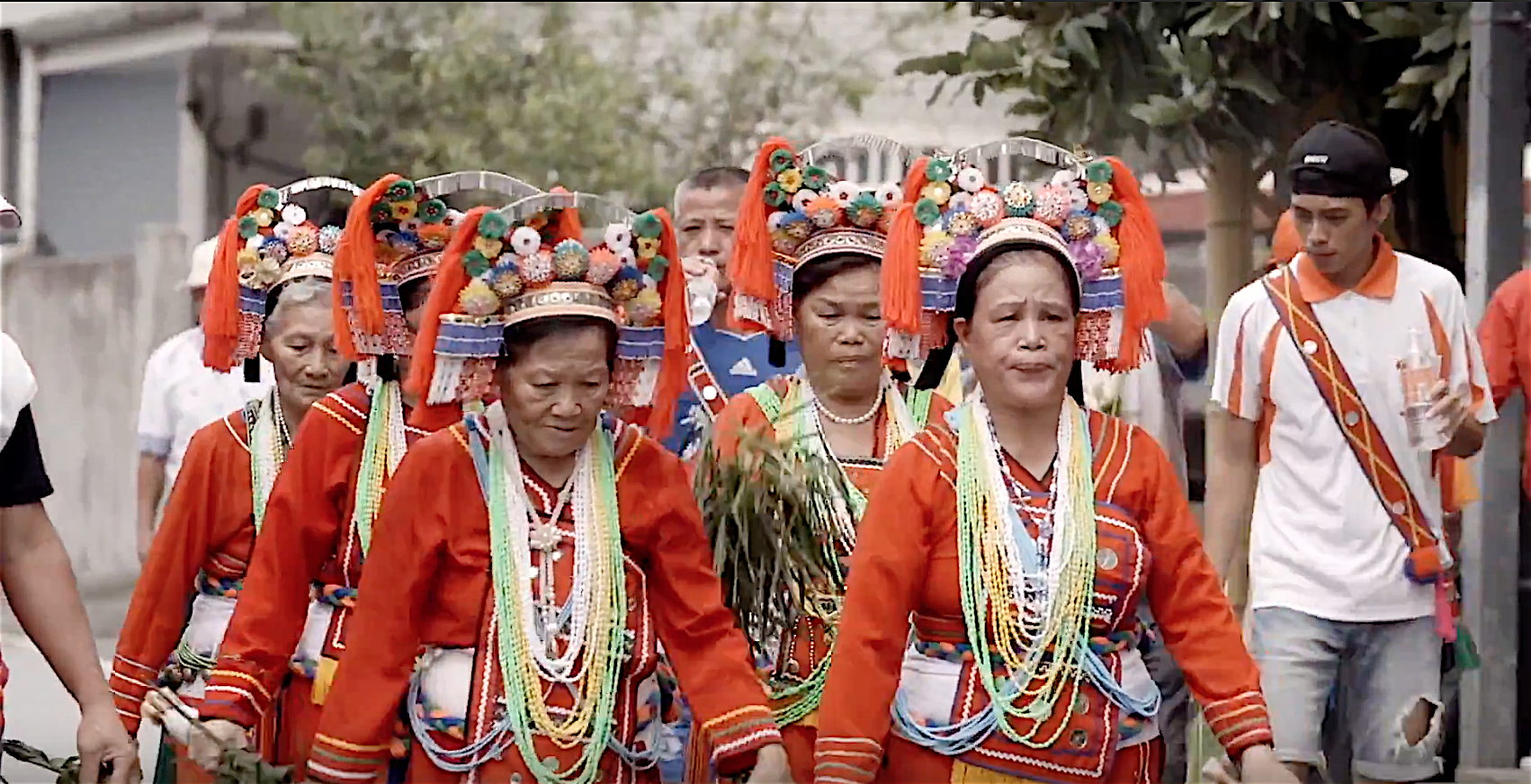 Film still from “Path of Destiny”

Likewise, apart from facing many of the practitioners of Sikawasay are in poor health, something which may be exacerbated by their continuing to practice Sikawasay. Despite their age, healing the sick brings them into frequent contact with disease, and some of the religious ceremonies of the Sikawasay are highly physical taxing, particularly for the elderly. Sikawasay rites also require drinking large amounts of rice wine as a way to come into contact with the gods, and such frequent drinking no doubt wears at their health. The members of the Sikawasay group that Panay is part of all freely acknowledge that they have considered giving up Sikawasay many times, but have ultimately stuck with it for decades. Panay herself mentions that she has thought about giving up in order to lead a less physically taxing life. Nevertheless, it is clear from the film, that this shared struggle has also built strong ties between Panay and her fellow Sikawasay practitioners, despite the age difference. And many indigenous, both young and old, cite the importance of Sikawasay to the Amis and the need to support such traditions and ensure that they are not lost.

“Path of Destiny,” then, is able to skillfully balance the many-sided nature of what may otherwise seem like the simple and positive good of attempting to preserve tradition before it is lost. For while it may be the series of historical tragedies wrought by Han colonialism in Taiwan which led to the destruction of many indigenous traditions, it may demand further sacrifice in the present to preserve these traditions. And there is ultimately no easy answers to such quandaries facing those who seek to preserve tradition before it is lost.