WITH ELECTIONS looming this Saturday, it is significant to note what the KMT’s primary angles of attack on the Tsai administration and DPP have been.

As the Taipei mayoral race often sets the tone for other races, it may not be surprising that with the DPP running former Minister of Health and Welfare Chen Shih-chung as its candidate, many attacks by the KMT have revolved around the issue of COVID-19.

Taiwan avoided lockdowns–as the rest of the world saw–for over a year. Likewise, when COVID-19 finally did enter Taiwan’s borders, the outbreak was contained relatively quickly. However, the KMT has tried to depict Taiwan as having one of the world’s worst COVID-19 responses, instead of one of the world’s best. This aimed to take advantage of insufficient media reports on the situation faced by the outside world and Taiwan’s longstanding cultural mentality of always performing worse than the international world due to its longstanding political and diplomatic marginalization. 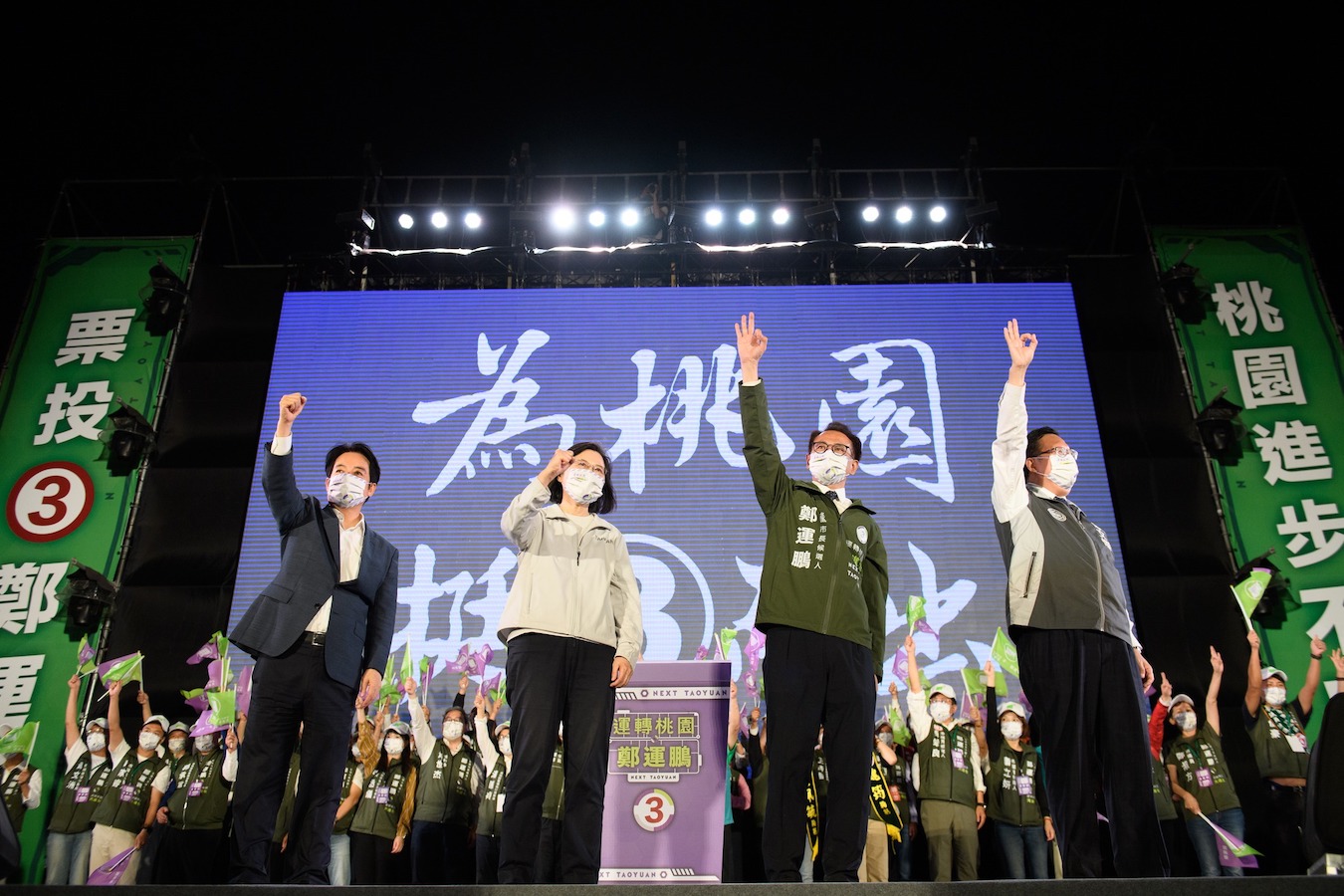 The issues of vaccines have been particularly focused on. The KMT tried to denigrate Taiwan’s domestically developed and manufactured vaccine, Medigen, suggesting that the Tsai administration was only interested in developing Medigen because of DPP officials’ investment in the company–rather than because of Taiwan’s lack of COVID-19 vaccines at the time. The KMT framed Medigen as dangerous, as it also did AstraZeneca, as the first internationally-developed vaccine to arrive in Taiwan in large numbers.

The KMT has also sought to attack the Tsai administration over issues of food safety. In order to strengthen economic ties with the US and Japan, potential allies in the event of a Chinese invasion, the Tsai administration lifted the longstanding bans on ractopamine-treated pork from the US and food from the Japanese prefecture of Fukushima, which was affected by the 2011 Fukushima nuclear disaster.

The issue of ractopamine-treated US pork and food imports from Fukushima have long been controversial stumbling blocks to closer relations with the US and Japan. Yet the Tsai administration took advantage of a period of high popularity to take the political risk of lifting the bans, something that the KMT responded to by mounting protests in the legislature that involved hurling raw pork at DPP lawmakers.

These angles of attack by the KMT are not new, but repeat the political themes that have been in circulation for the past few years. More generally, the KMT is still playing an awkward balancing act as the pro-unification party in Taiwanese politics, which has historically leveraged on the claim that it alone is able to maintain stable relations with China as its justification for holding political power. Namely, the KMT is now having difficulty winning elections because of the perception that it is the pro-China party, and it cannot turn this image around–abortive attempts by KMT chairs as current chair Eric Chu and previous chair Johnny Chiang notwithstanding. The KMT has been affected by the invasion of Ukraine and Hong Kong’s fate after the national security law, making often unsuccessful efforts to distinguish the 1992 Consensus it advocates from One Country, Two Systems after the latter.

The current set of elections is not primarily about cross-strait relations or the “China factor,” but is more focused on domestic political issues. Nevertheless, the “China factor” is still present in the background.

A newer angle of attack by the KMT, however, has been attacking DPP lawmakers for purported investments in China. This would be a way of avoiding criticism from DPP lawmakers over Chinese investments as well as political and economic ties to China by KMT officials, while suggesting that the DPP is doing the same. Some attacks along these lines have dovetailed with other frequent angles of attack from the KMT, such as regarding Medigen, by citing a Chinese company’s involvement in the vaccine trial for Medigen. 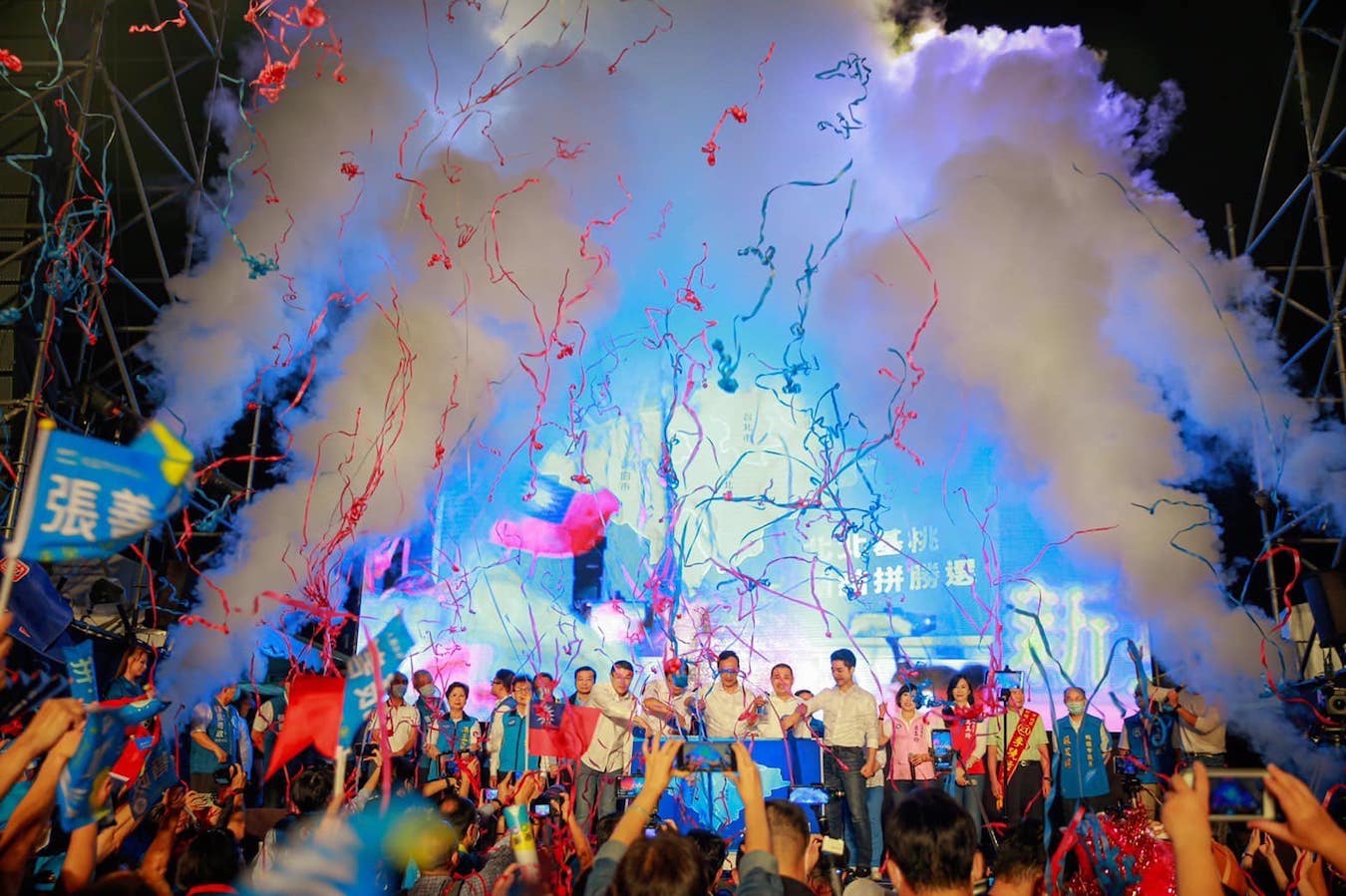 Indeed, it is actually true that many pan-Green businesses do operate in China–pan-Green views do not mean not doing business with China altogether. However, in this current set of elections, the KMT has sometimes awkwardly tried to frame the DPP as somehow the pro-China party.

Discussion of China-related issues occurs more commonly in mayoral races for major cities in Taiwan that serve as Taiwan’s gate to the international–such as Taipei. One notes, then, that in the Taipei mayoral debate, KMT candidate Chiang Wan-an tried to claim it would be Chen Shih-chung that resulted in “One Country, Two Systems” being realized in Taiwan.

But the allegation against the DPP of having links to Chinese companies proves yet another odd way in which the KMT has tried to reverse charges against it from the pan-Green camp. The KMT in past years has leaned heavily into the claim that the DPP is carrying out a “Green Terror,” worse than the KMT’s White Terror. Acts of protest in the legislature also seem to try and mimic the 2014 Sunflower Movement. One expects this to continue, as driven by the KMT’s political weakness in the present.