A REPORT BY Greenpeace released last week suggests that human rights abuses in Taiwan’s fishing industry continue to take place, with little change having occurred in spite of criticisms in past years from Greenpeace and other environmental and labor NGOs. Taiwan has over 20,000 migrant workers that work on deepwater fishing vessels and one-third of tuna catches in the world come from Taiwanese vessels.

The Greenpeace report was based on research conducted in 2019 and featured the in-depth personal accounts of four fishermen for illustrative purposes, as well as investigations into the activity of specific fishing vessels and companies. The Fong Chun Formosa company, one of the world’s largest traders of tuna and a major supplier of tuna to the United States, was a particular focus of the report. The report also specified violations of labor law and detailed the movements of fishing vessels to show where such vessels might have engaged in illegal practices. 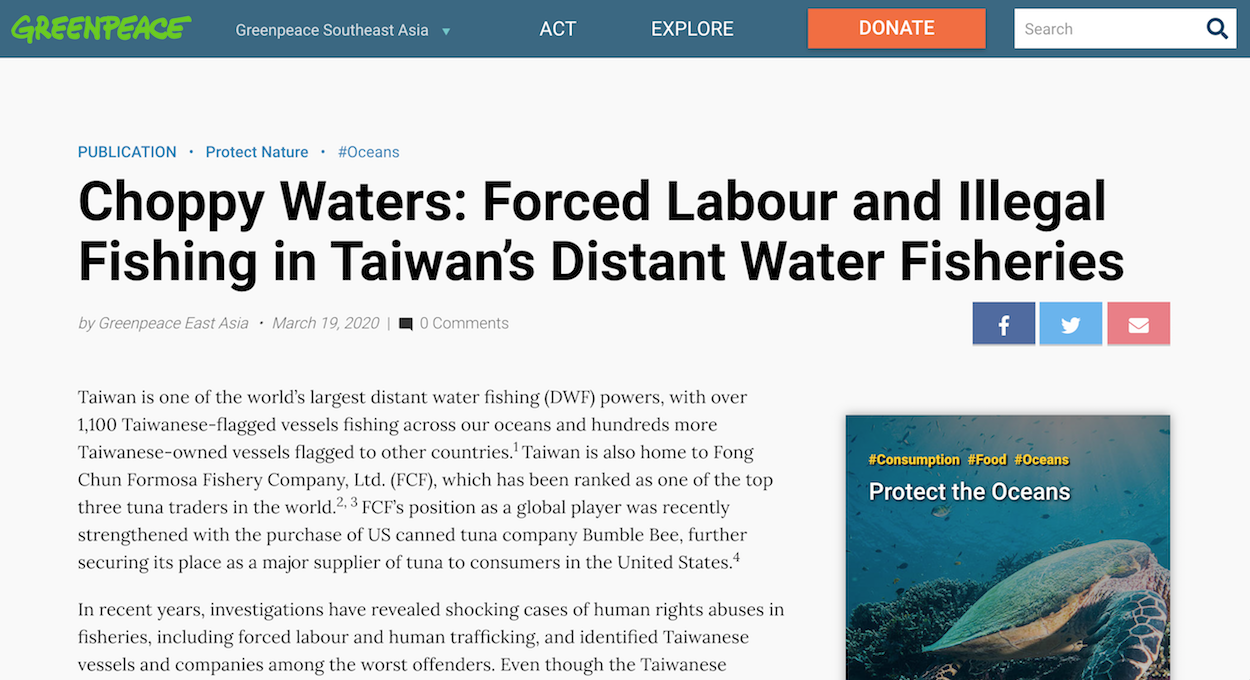 The report found that, as in past years, fishermen continued to be paid low wages and forced to work long hours under harsh conditions. Migrant fishermen’s identification documents are regularly withheld from them by their employers and they are charged exorbitant fees by broker agencies in order to obtain their employment, with deductions made for lodging and board by broker agencies.

The report found that fishing vessels continue to carry out illegal fishing practices, such as overfishing and shark finning, with shark fins hidden when vessels that might carry out inspections approach. Another one of the report’s conclusions is that fishing vessels sometimes offload fish or fins to other vessels that transport them to shore, a practice known as transshipment, in order to stay at sea longer.

Staying for an extended amount of time at deepwater conditions proves one way of ensuring that human rights abuses that take place on fishing vessels go unregulated. Deep-sea fishing leads vessels to spend weeks, months, or even half a year at sea without returning to Taiwan, sometimes stopping at ports outside of Taiwan to recruit more workers.

Greenpeace previously released reports on the labor conditions of Taiwanese fishing vessels in 2016 and 2018. In past years, notable labor abuses that have taken place among Taiwanese vessels include incidents thought to be murders of migrant fishermen by their employers, with attempts to dispose of the dead body.

The most famous such incident would be the 2015 death of Indonesian fisherman Supriyanto four months after he came to Taiwan, with Supriyanto seemingly having died from a combination of beatings, overwork, and malnutrition. Indeed, contracts for migrant fishermen sometimes include provisions for their body to be disposed at sea if they die on a fishing vessel, with the apparent aim of hiding how migrant fishermen died. 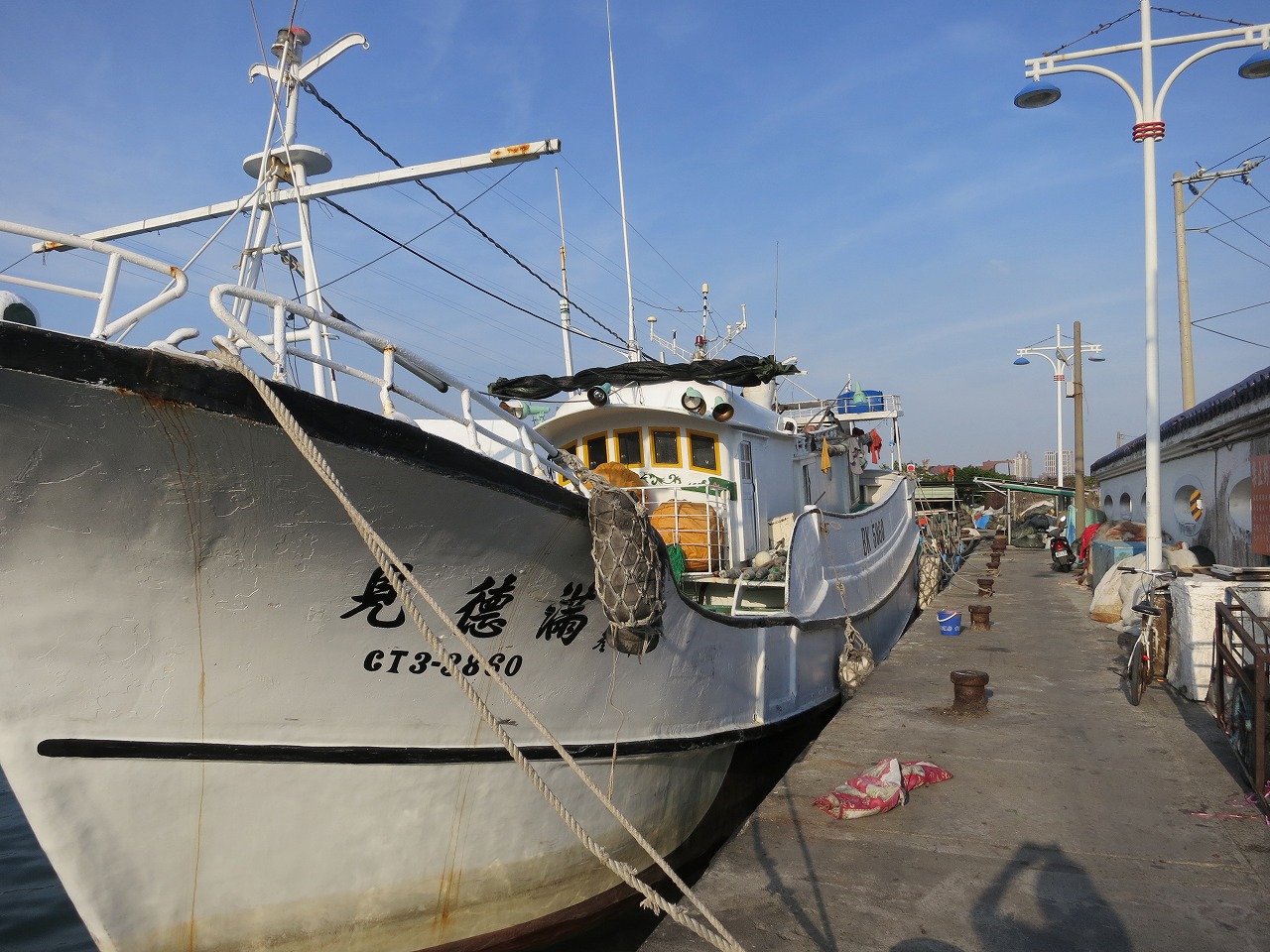 Though as in past years, Greenpeace provided their report to the Taiwanese government’s Fisheries Agency, the Fisheries Agency (FA) has sought to deny or downplay the allegations of the report. As the report anonymizes the accounts of the fishermen that it interviewed, in order to avoid retribution against them from their employers, FA officials have claimed that this means information in the report is unsubstantiated—this despite the fact that it is far from unheard of to anonymize accounts in reporting.

Likewise, one generally does not expect substantial action from the FA, given that reports in past years have not led to any substantive push for change in labor conditions on Taiwanese fishing vessels. Because the issue does not involve Taiwanese citizens, the cause is one unlikely to find broader support from members of the public, and the FA is unlikely to take any substantive action as a result.